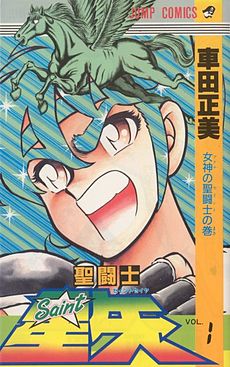 The story follows five mystical warriors called the "Saints" (or "Knights") who fight wearing sacred armors named "Cloths" , the designs of which derive from the various constellations the characters have adopted as their destined guardian symbols. These Saints have sworn to defend the reincarnation of the Greek goddess Athena in her battle against the other Olympian gods who want to dominate Earth.