How much terror can you stand?

Mothra joins 5 Points XL - a colossal addition to our nostalgic 5 Points line with the same fan-fueled fun, but bigger! …It’s a little bit of a big deal.

Inspired by the 1964 film ‘Mothra vs. Godzilla’ , the massive moth measures 9” in length from wing to wing. Mothra features a flocked body and an articulated head and wings. The Shobijin Twins feature flocked shoulder capes and come complete with two different head portraits, two sets of interchangeable arms, and can join hands - allowing for a multitude of display options.

Mothra and the Shobijin Twins are packaged in a train case, just like the one seen in the film. Mothra’s display base can attach to the packaging so she can hover over the Shobijin twins.

One (1) Mothra display base (attaches to packaging)

5 Points XL Mothra vs. Godzilla (1964): Mothra and Shobijin Twins is packaged in a collector-friendly box, designed with collectors in mind.

5 Points XL Mothra vs. Godzilla (1964): Mothra and Shobijin Twins is available for preorder at https://mezcotoyz.com/5-points-xl-mothra-vs-godzilla-1964-mothra-and-shobijin-twins. 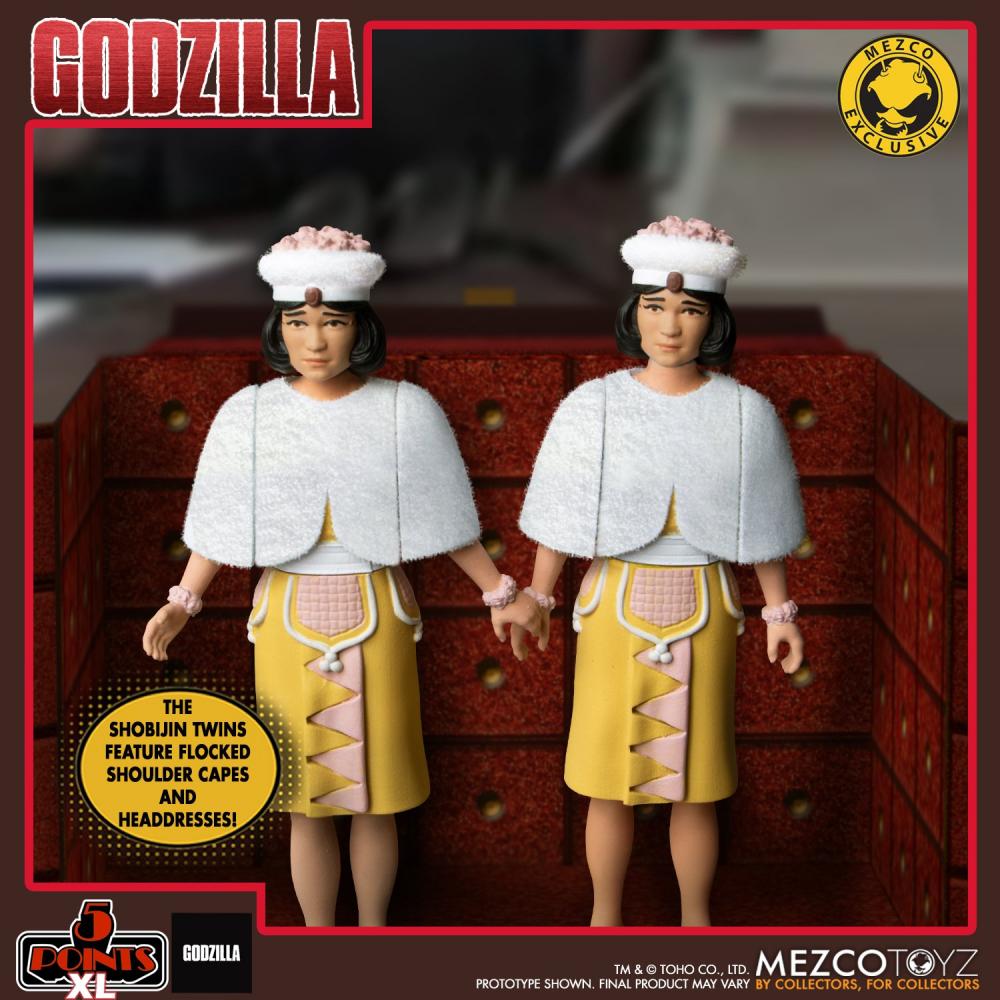 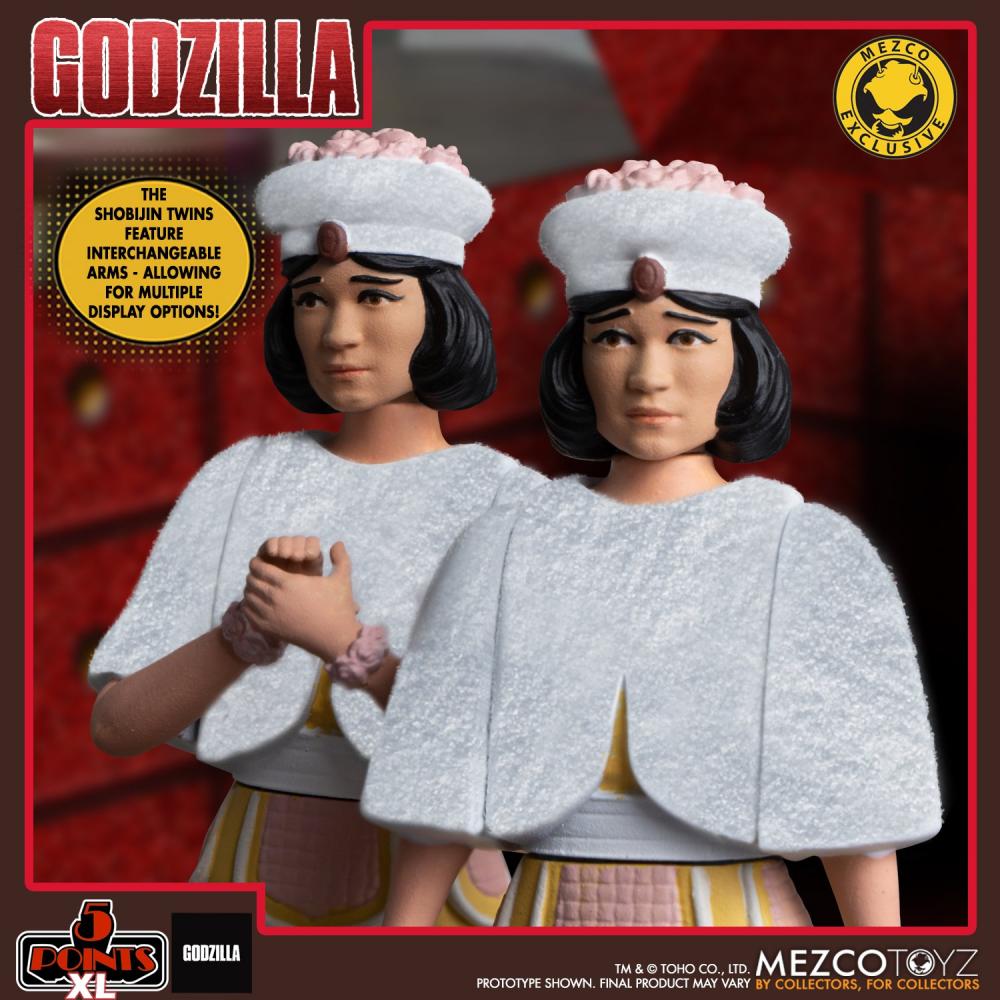 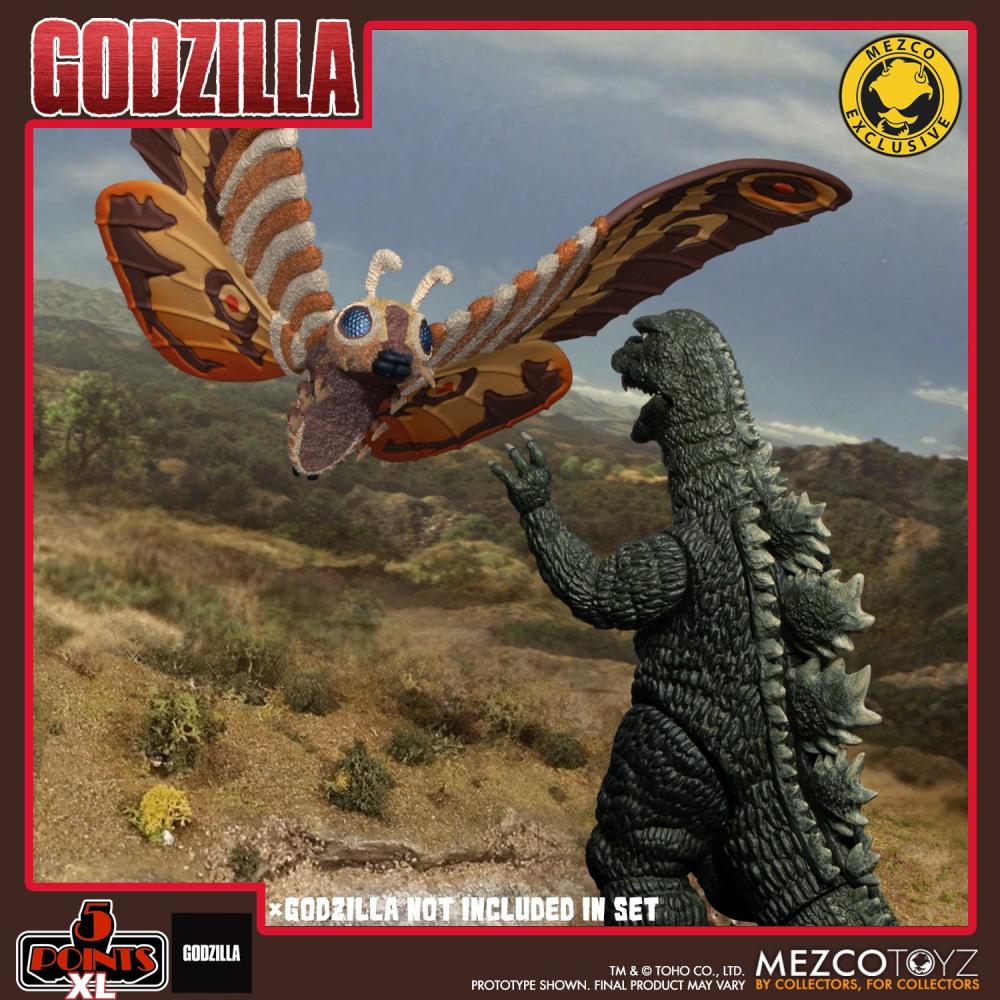 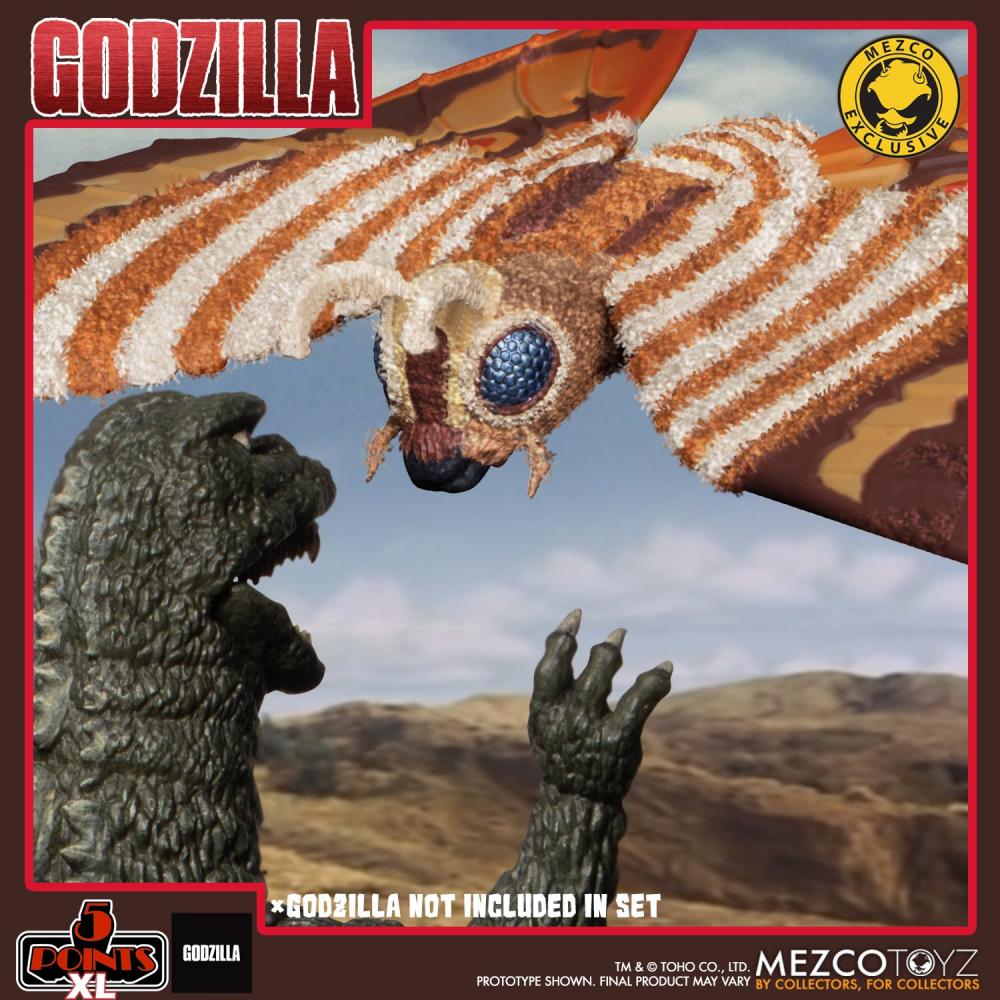 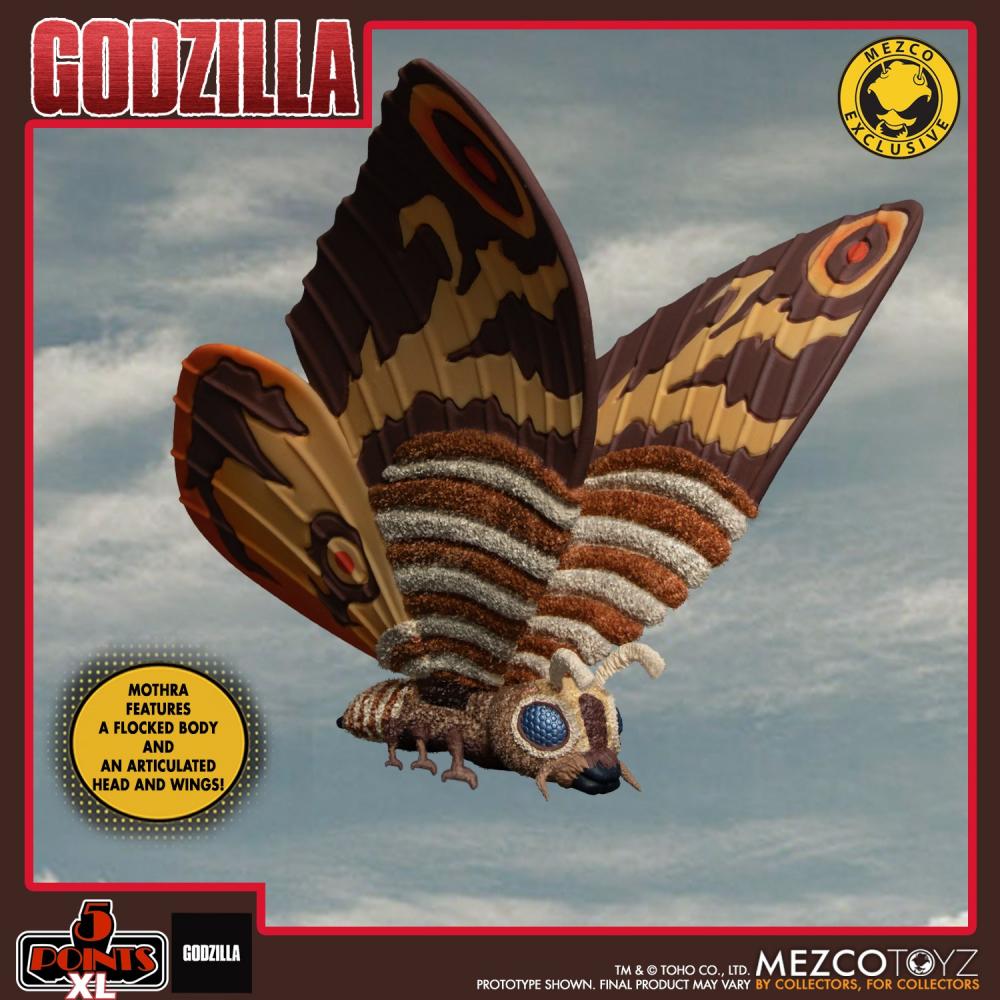 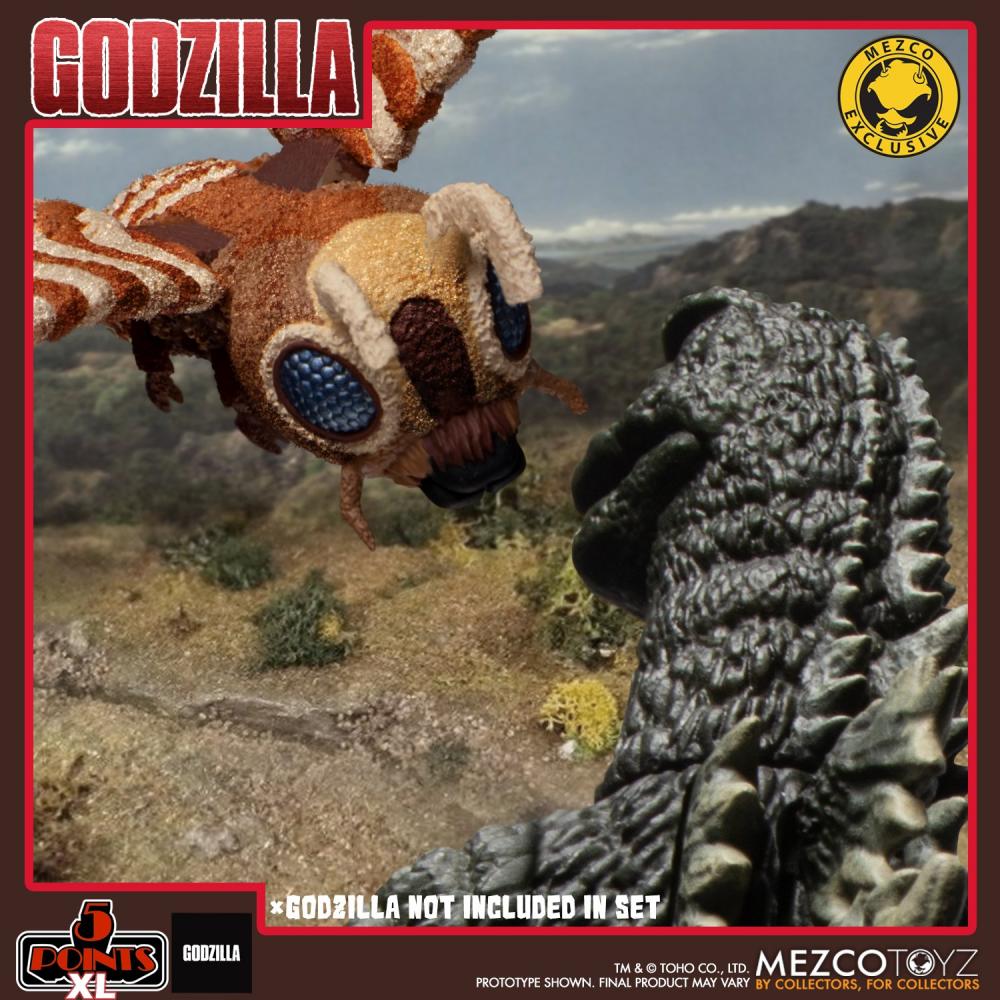 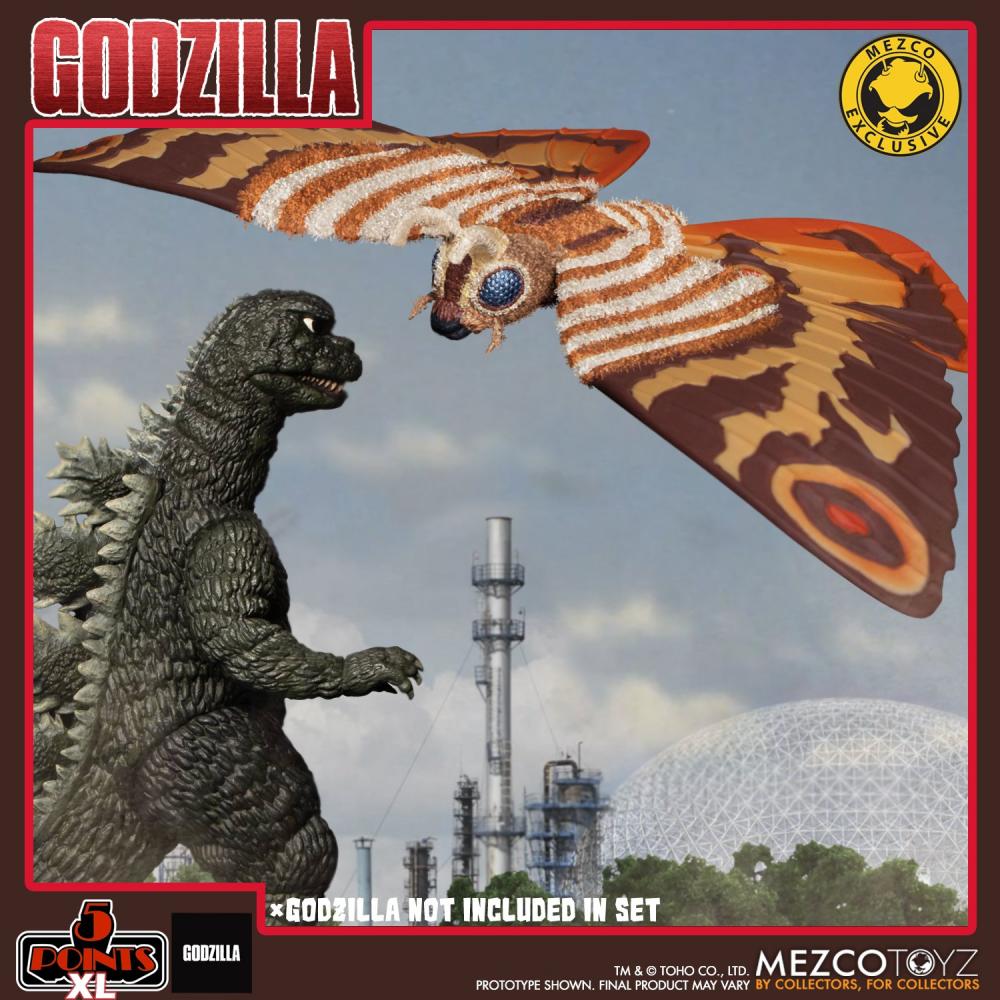 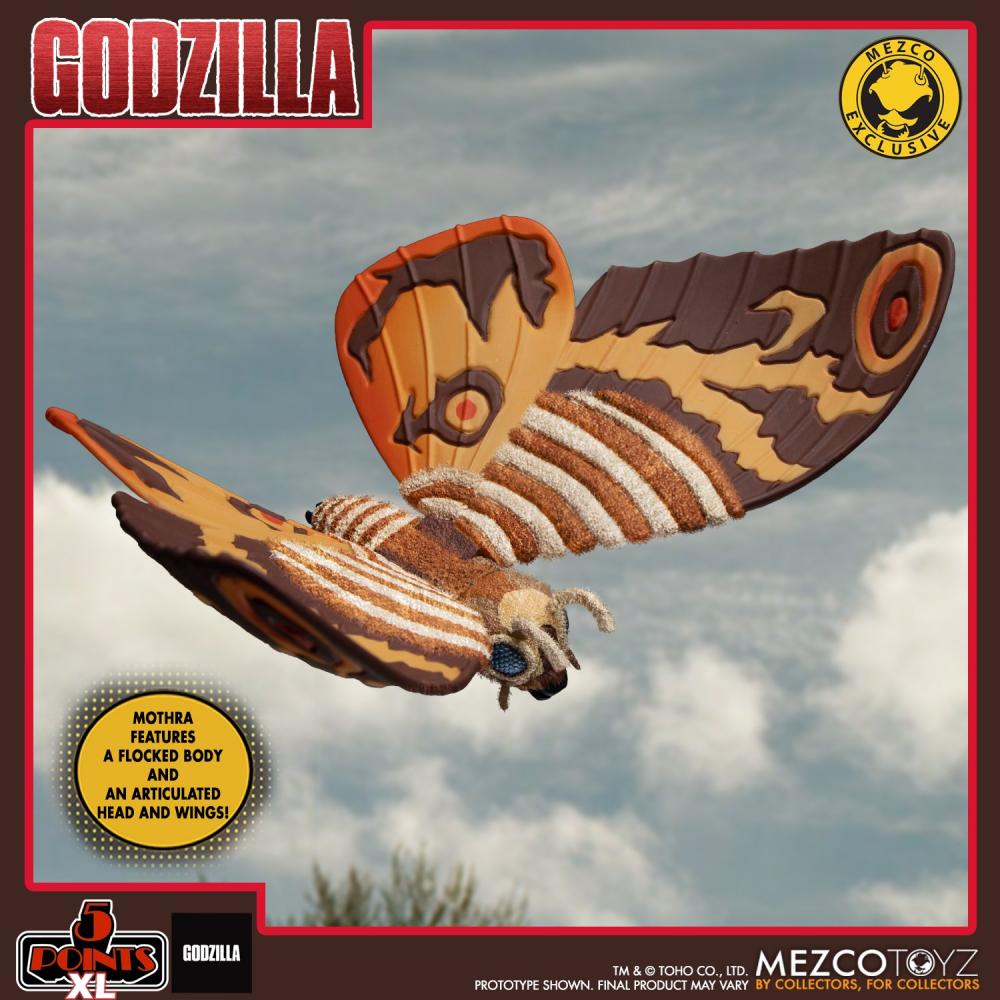