Knights of the Zodiac is a fast paced, futuristic action-adventure series which pits the forces of good against evil as the Knights of Athena battle the Knights of Ares for control of the Sacred Golden Cloth of Sagittarius, and the world.

Knights of the Zodiac were originally called Saint Seiya in Japan. It began as a manga in 1986, and was developed into an anime in October 1986. There have been several Saint Seiya series since then. 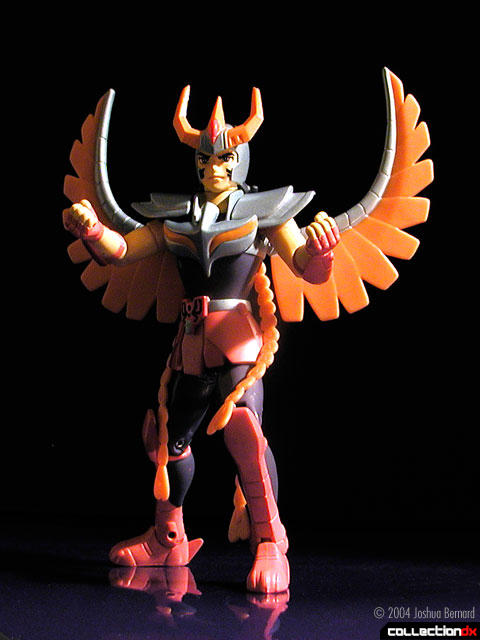 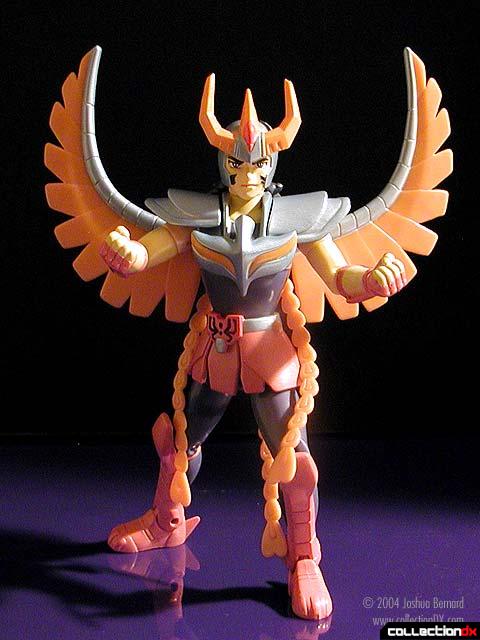 Phoenix Ikki is the archrival of the Knights of Athena. His self-sacrificial uprising on Death Queen Island has warped him considerably. Phoenix Ikki is the most powerful Bronze Night, with the ability to create firestorms as well as teleport himself and psychically attack his opponents mind. 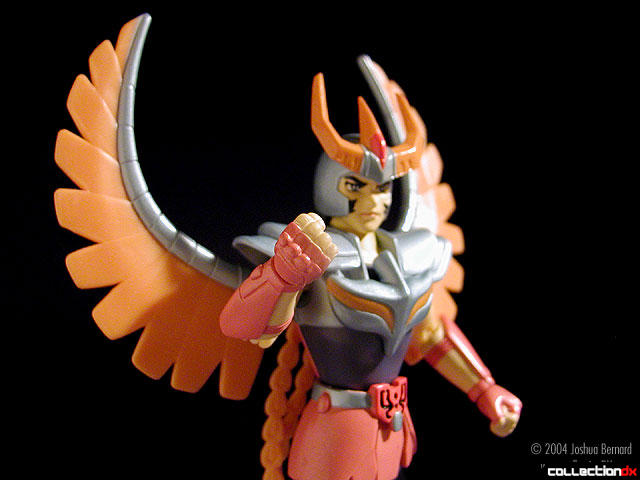 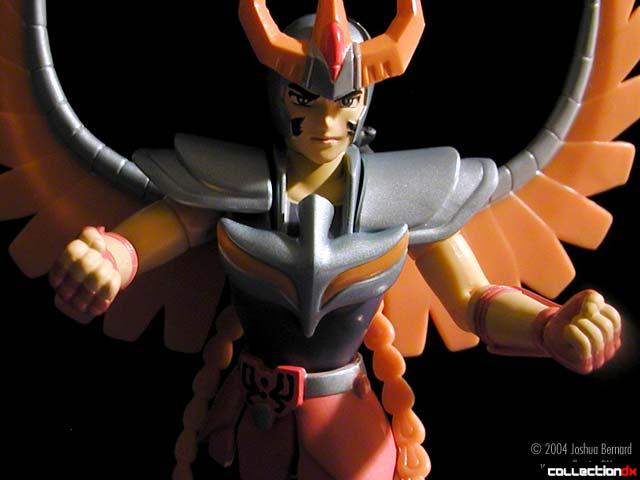 This Phoenix Ikki toy is part of the basic 5" figure line from Bandai. There is also an 8" figure line with more accessories.

The first thing you notice when you remove the blister card is the smell. It smells just like a Gundam figure, which means Phoenix Ikki is made out of PVC. This is not a bad thing, as it makes for a durable figure. The figure comes with a pair of wings and a Zodiac. You can attach the wings to either the figure or the Zodiac. I found it really difficult to get the wings onto the figure. There is a trick to it - you have to put the peg in at an angle. Once in, they are secure. 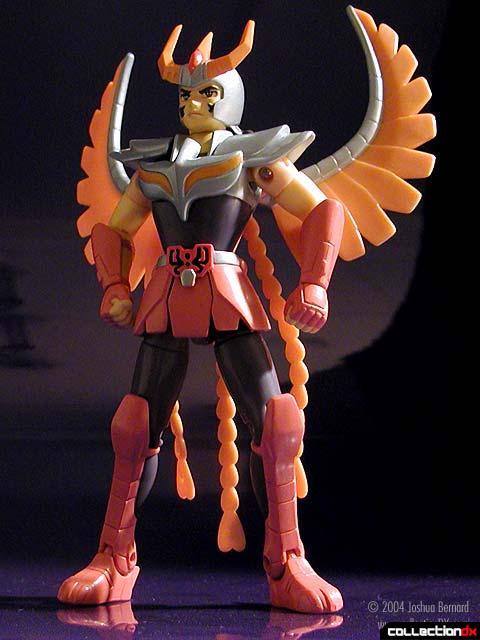 The figure itself is great. It has joints at the neck, shoulder, bicep, elbow, wrist, waist, hip, thigh, knee and ankle. The head movement is restricted due to the molded hair, and would have benefited greatly from a ball-joint. Phoenix Ikki features great paint detail and non-removable armor. 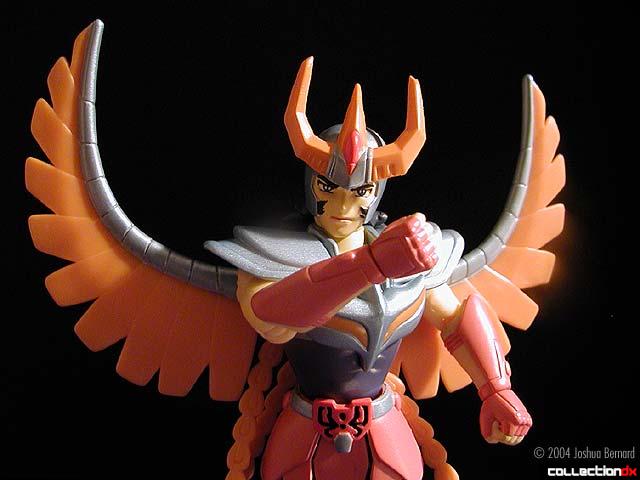 My only complaint about the figure would be the lack of accessories. Bandai has spoiled us with the accessories that come with the Gundam figures, so I was surprised not to see many in the package. 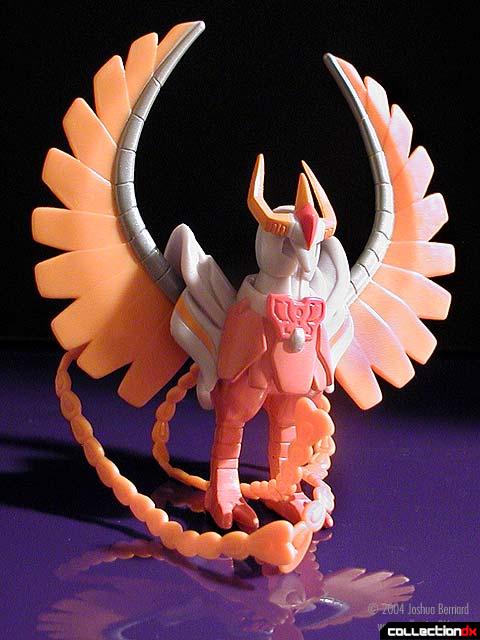 Bandai's 5" Phoenix Ikki appears to be the exact same toy as the 5" Japanese Saint Seiya Phoenix Cloth Action Figure. I think it is great that fans can get the exact same figure that is sold in Japan at a reasonable price.

Knights of the Zodiac is currently airing on the Cartoon Network.