From Wikipedia: “Shaka is one of the Twelve Gold Saints. As the guardian of the Temple of Virgo along the path of Sanctuary, Shaka has played a pivotal role chiefly in the battle between Athena and the Pope in the Sanctuary arc, and also in the Hades arc. He is referred to many times on the story as the "the man who is closest to god" (or closest to attain godhood) due to his immense power and is also considered the only Gold Saint that has full control over the Araya Shiki (8th sense). “ 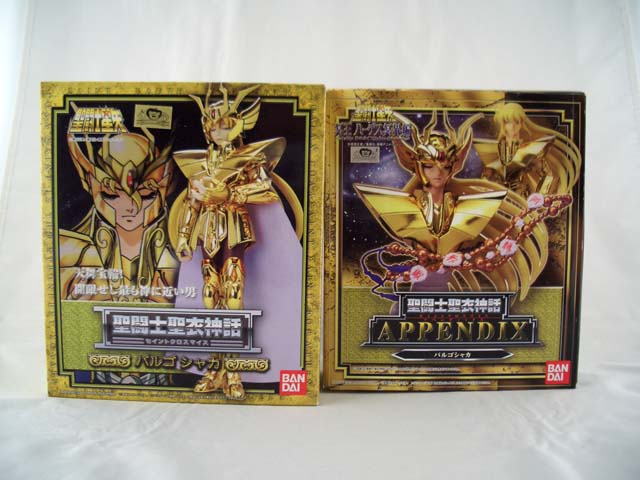 “Arguably Shaka's most pivotal role comes during the Hades chapter, when Saga, Shura, and Camus, who had previously died in a civil war within the ranks of the Saints, returned from the dead. Saga, Shura and Camus had sworn their allegiance to Hades, the God of the Underworld, promising to help Hades defeat Athena and invade the Sanctuary in exchange for a chance to return to the land of the living. ” 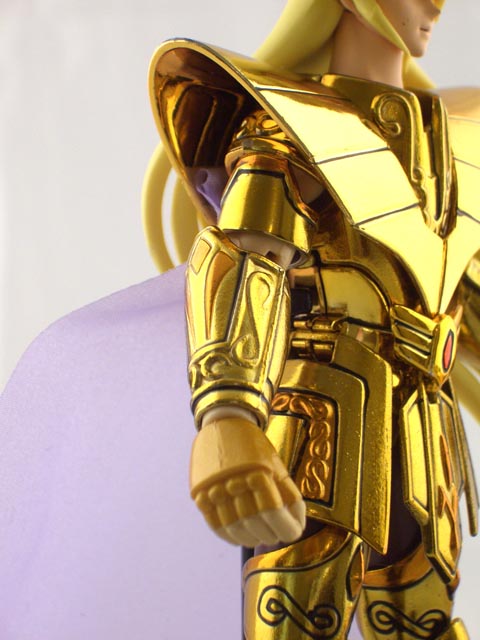 “Shaka conducts them to the garden at the side of his temple. The four engage each other in direct battle, but the three revived Gold Saints are not initially on par with Shaka's strength. However, as the battle continues, they start landing successful blows, and Shaka realizes that he can't last forever against three gold saints - as powerful as he is, eventually, not even he would be able to survive against three Gold Saints in direct combat. He then uses his The Treasures of Heavens to disable their senses, and urges them to use the forbidden technique that was sealed by Athena many centuries ago, Athena Exclamation, with a power similar to that of the Big Bang itself. Shura and Camus hesitate - for they will be branded lower than beasts. Saga encourages his fellow Gold Saints to remember their purpose and goal. When Shaka is about to take their last senses, the trio decide to use the Athena Exclamation.” 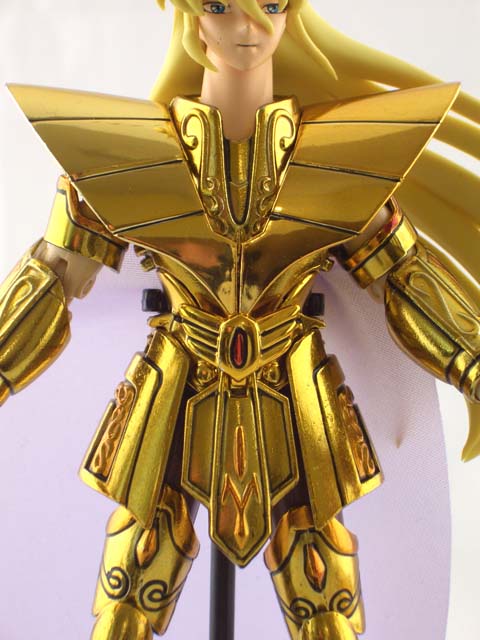 “The Gold Saint of Virgo is consumed by the immense destructive force of the "Athena Exclamation" attack. With his physical body completely obliterated by the banned attack, Shaka's spirit returns to Earth one last time to write a final message to the goddess Athena herself (Arayashiki).” 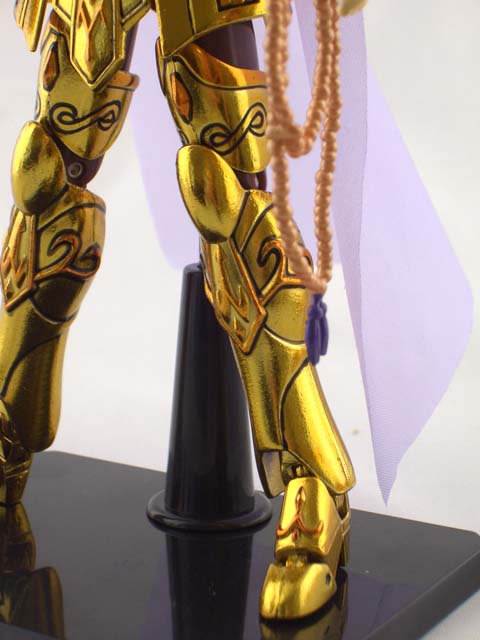 “Later on on the Hades arc, it is revealed that Shaka and Athena are still, indeed, alive - they are shown making their way towards Hades' realm. Shaka eventually located Hades and confronted the Greek God alone, threatening to kill Hades by himself. Just when Shaka is about to attack Hades he is stopped by Athena. Athena forbids him to attack Hades, since he was inside Andromeda Shun's body. After both the gods disappeared, Shaka tried to sacrifice himself to open the way to the Elysium, but since he didn't have enough power alone Libra Dohko stops him, this was only granted after all the Twelve Gold Saints reunited and used their own lives.” 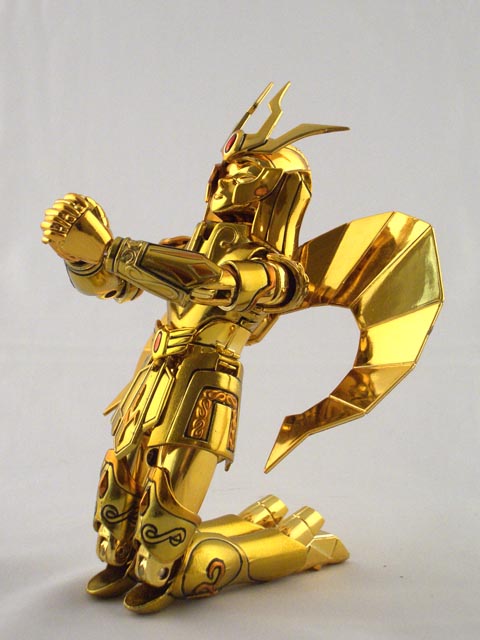 Virgo is one of the characters that really grew on me as the series progressed but it was his final sacrifice that put him over the top as one of my favorite characters in the series. 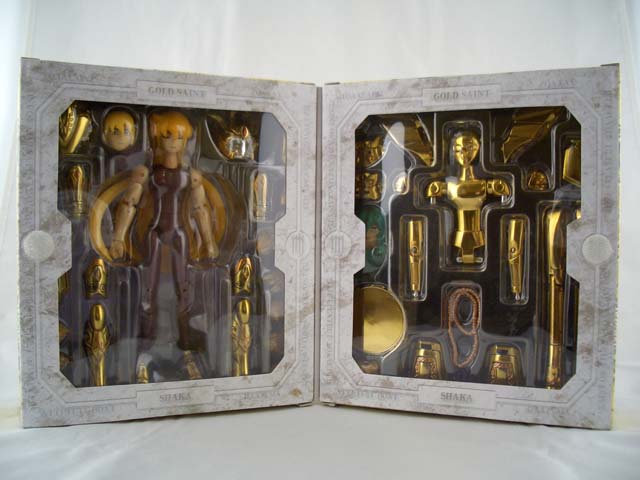 So was it worth the wait? When combined with the appendix- kind of. This Virgo Shaka figure suffers from some pretty loose joints and being an earlier release the face sculpt left a lot to be desired. With the appendix parts swapped in it is a much better-looking figure but it still difficult to get into poses it will hold. 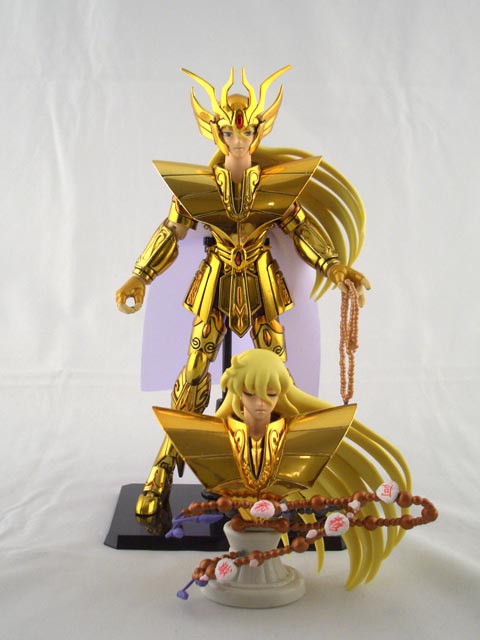 The package is the same Window-box book style package collectors have come to expect from the Saint Cloth Myth line so no surprises there. 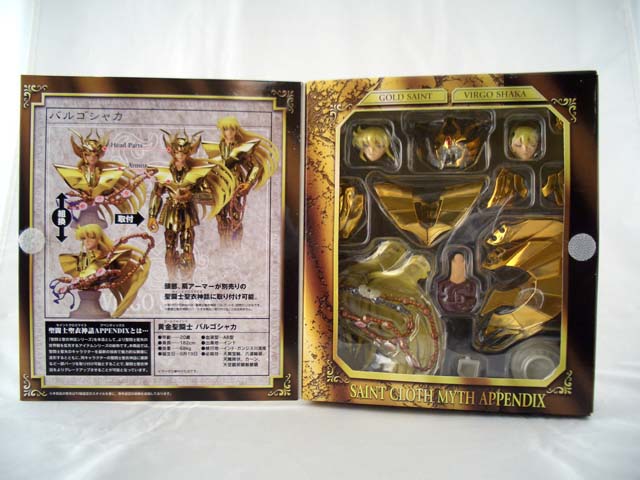 The body is a Generation 1 type so articulation is a bit more limited in the torso than later releases but that doesn't really hamper posing the figure. Loose ankles, knees, and hips, however, do make it difficult to pose. I don't think all the Virgo's made suffer from this problem. Saint Cloth myth while a very nice high caliber collectible is still mass produced and I think I may have just gotten a clunker. 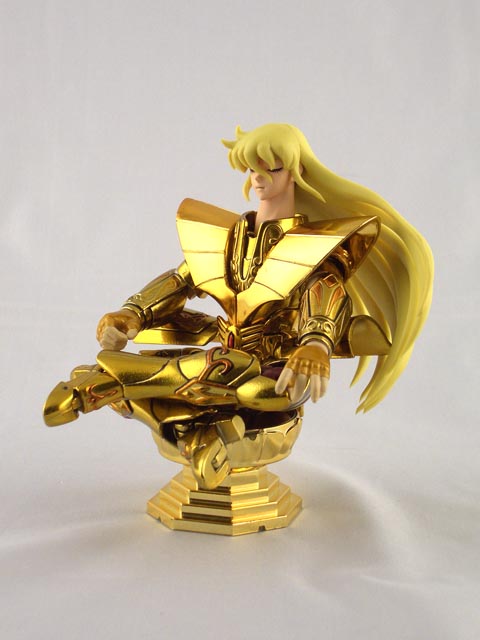 Appendix parts basically give you an improved head sculpt and a longer neck so the figure looks accurate to the anime when on display in the Lotus position. They do include new chest plates so when displayed in object mode it is a bit more show accurate but the only real parts fans will probably want is the head. 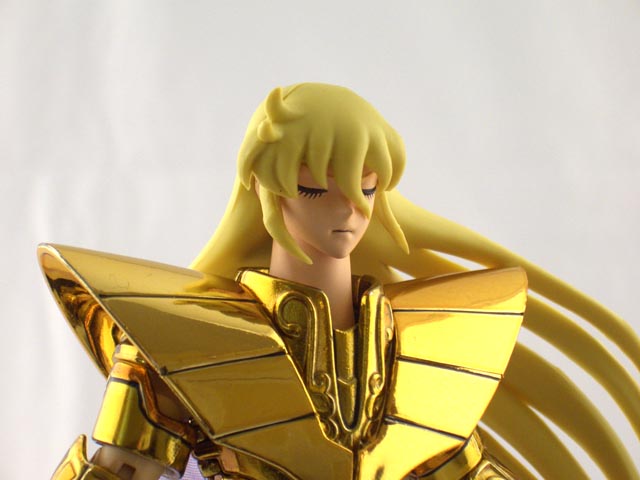 Speaking of heads, they do include a head for Andromeda Shun as he does wear the gold cloth of Virgo on several occasions. Unfortunately, this face sculpt is even worse than Shaka 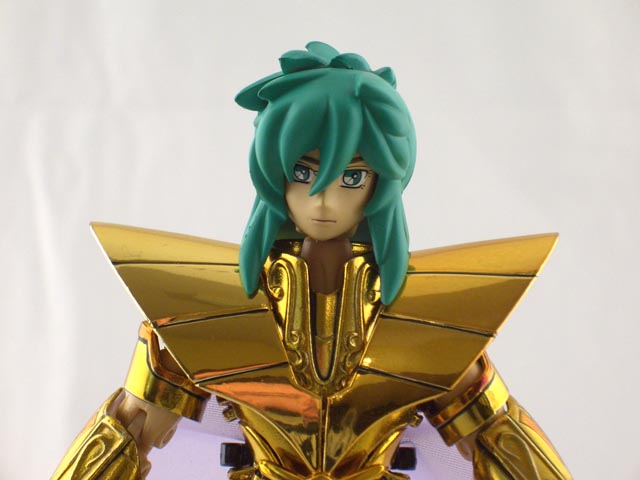 With those criticisms said when you do finally get him in his Lotus Position and put on the shelf he does look good on display. Any fan of the series and fan of Virgo will want this in the Saint Cloth Myth collection but only if you get the appendix at the same time.

do you know you can change the neck of the figure for the one that comes with the bust? just pull over the neck form the appendix, disarm the figure and reemplace the neck, so you dont have to use anymore for the figure the condom neck, and you shaka will see better .

ohh and by the way im new here and sorry for my english.