Released in 1981, Popy's Tetsujin 28 Jumbo Machinder is one of the more popular entries in the series. It is based on the updated, slimmer version of the character from the anime series New Tetsujin 28-go (鉄人２８号) which ran for 51 episodes from October 3, 1980 until September 25, 1981 on the NTV network.

Although I personally feel the design of this character is a bit on the uninteresting side, I think there are several valid reasons for it's popularity. First, there is no jumbo of the original Tetsujin 28 (Gigantor) character so this is really the closest thing you can get. But perhaps more importantly, the character design is such that it really is able to lend itself to practically any form of toy. Jumbo, diecast and vinyl toys will all look very similar, which when grouped together would make for a nice looking display. Lastly, I'm sure the 16" Popy Chokinzoku diecast plays into it as well. That is the only vintage diecast in that size and is one of the most popular and sought after toys for diecast collectors. I think that adds to the popularity of the character overall, which may then extend to this toy in particular. Pick new online casinos australia play slots for real money For instance, I think if you were to ask most Jumbo Machinder collectors which jumbos were on their want list, you may not see T28 listed. But I've heard a number of NON-Jumbo Machinder collectors say "I'm not into jumbos, but I wouldn't mind having a T28". 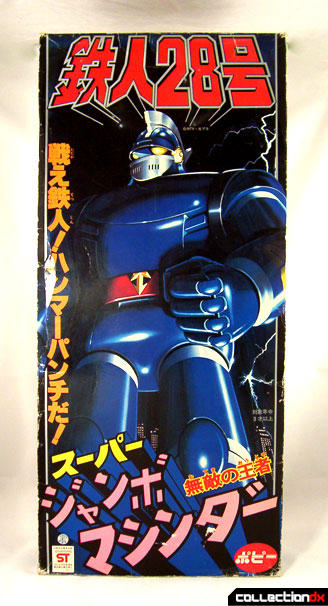 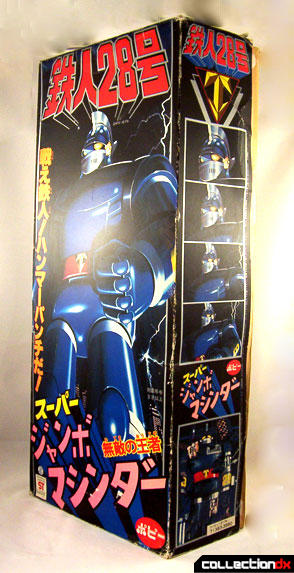 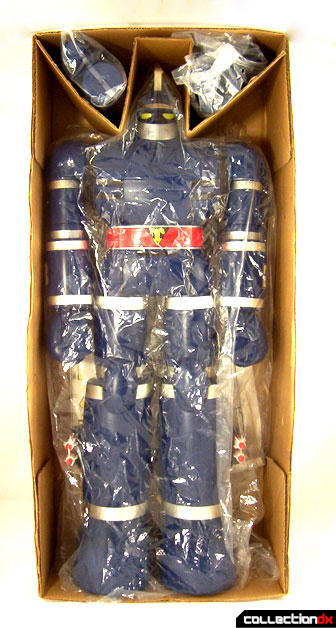 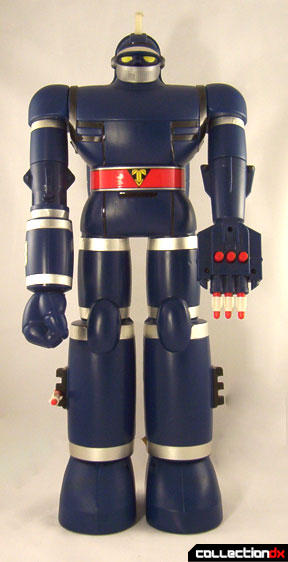 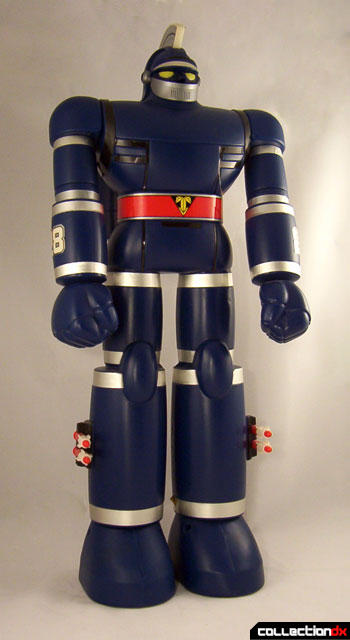 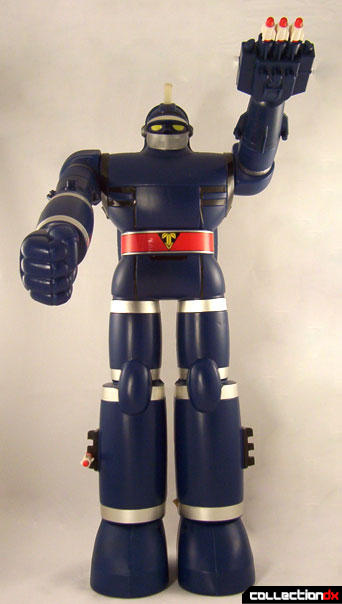 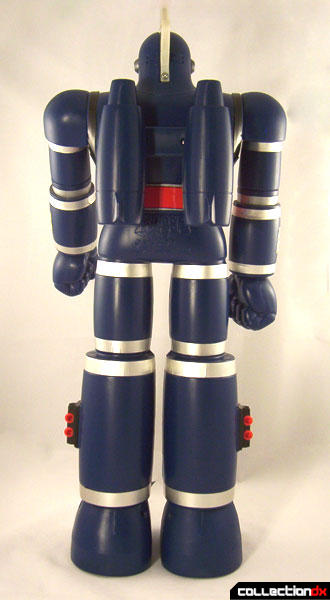 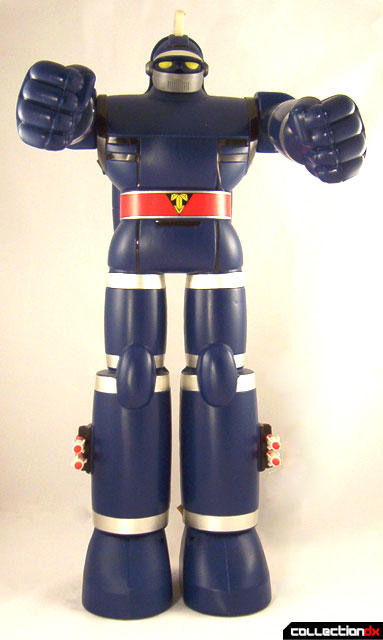 As for the toy itself, it's cast entirely in blue poly with the eyes painted yellow and the mouth grating painted silver. Most of the silver on the toy is from pre-applied stickers, but an additional sticker sheet is also included for further detailing. The number 28 which is on the forearms is normally yellow, but have faded to white on the specimen shown here.

Unlike the earlier releases in the jumbo line, T28 has no wheels on his feet. However, he is one of only 2 jumbos (the other being Sunvulcan Robo) that actually comes with accessory fists INCLUDED! Yep, no having to go out and spend extra to buy some XX or ZZ attachments. You get both a rocket punch accessory as well as a missiles launcher, which can be used on either arm. In addition, two rocket blasters are included and can be slid on and off a runner on the back.

The T28 jumbo shows up with a fair degree of regularity. Like most jumbos, it's not exactly easy to find, but they are out there. It probably shows up 4-5 times a year.

I like the way Nekrodave reviews the JM's since you can tell they are truthfull & clear. Since I'm a JM collector, I know his reviews will help me a lot.