Gemini Saga is the main antagonist of the Sanctuary arc of Saint Seiya. After murdering the previous Pope, he succeeds the position and throws Saint after Saint after Athena so he may seize power entirely for himself. Like Gemini itself, he is split into good and evil, his hair changing color from blue to grey from one to the other. 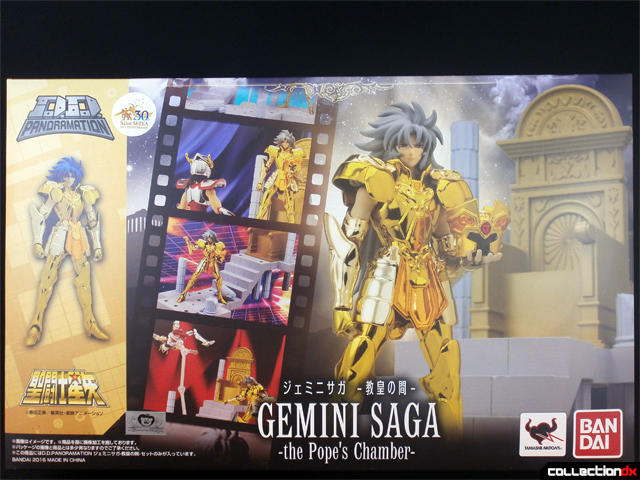 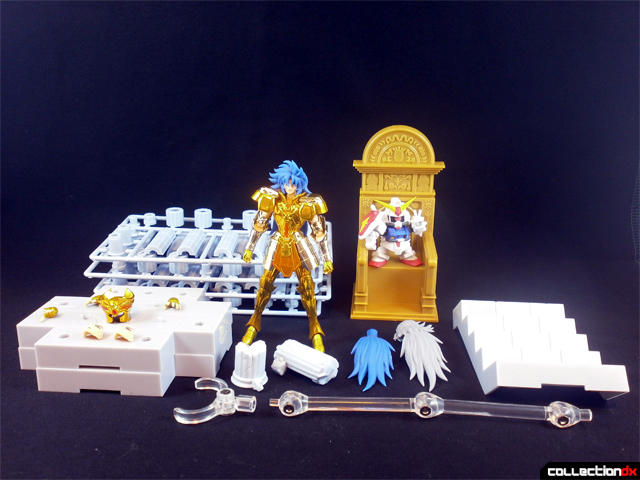 Saga comes with twice as many pillar trees and base parts as the Bronze Saints do, as well as a big staircase and two broken pillar pieces. For Saga himself, you have extra hair pieces, faces, two splayed hands, a pointing hand, and his helmet. A display stand is also included for midair poses. 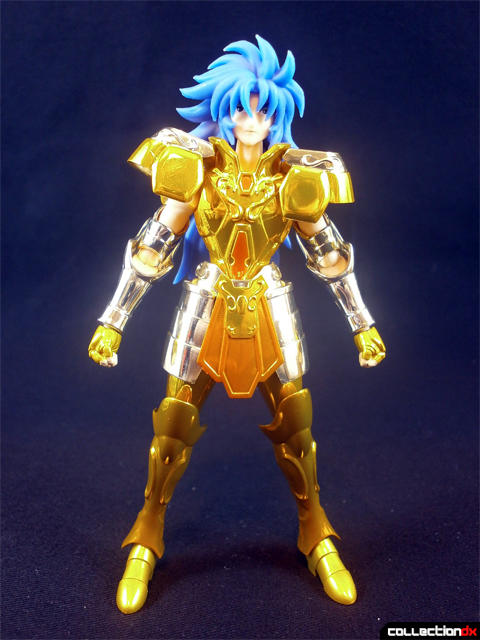 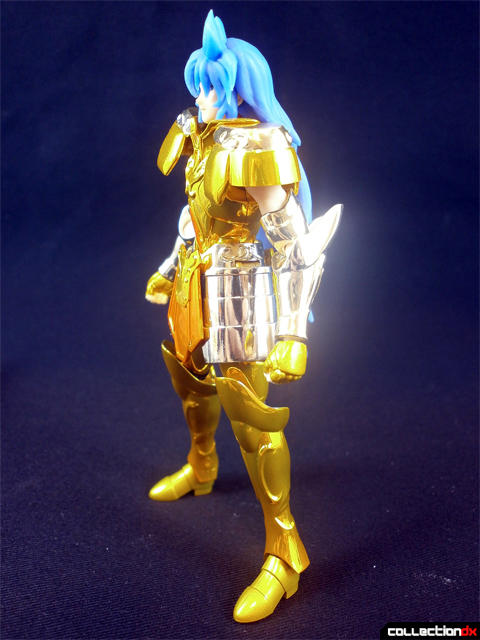 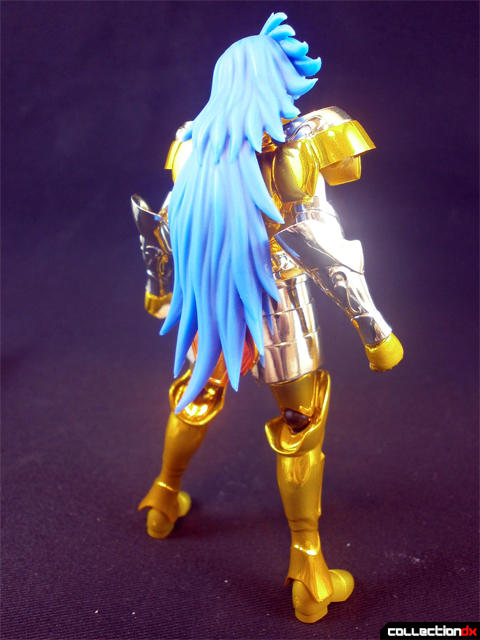 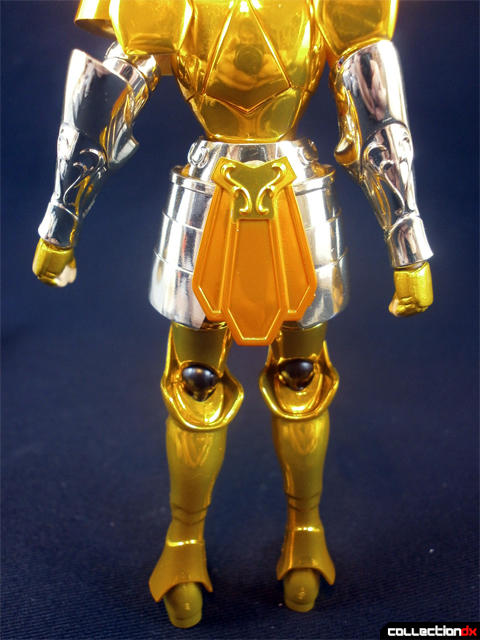 Saga is a very detailed and aggressively shiny figure. His articulation is solid but honestly for this character just standing around imposingly is best. 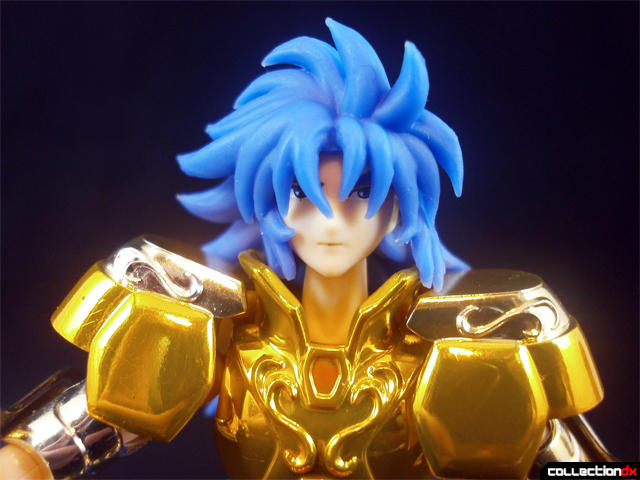 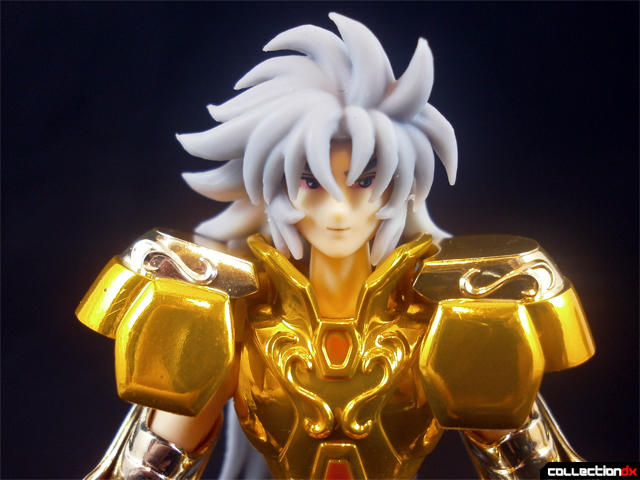 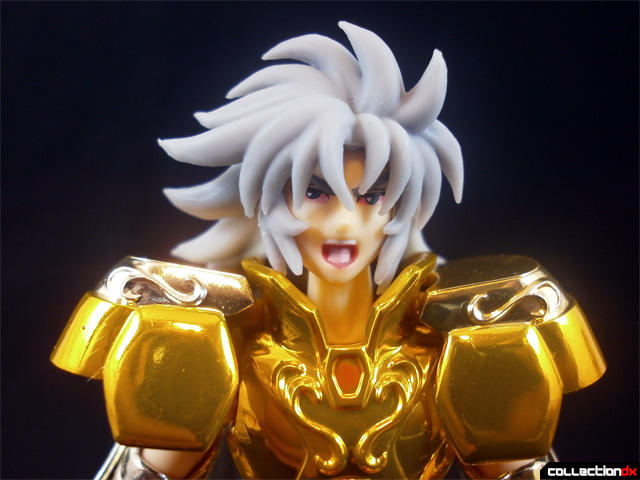 There are three faces included, one for the good personality, two for the evil, one of which is shouting. I like how the standard faces for good and evil aren’t just the same thing with different colored eyebrows, the former is noticeably softer (as in, gentler, not made of soft plastic). 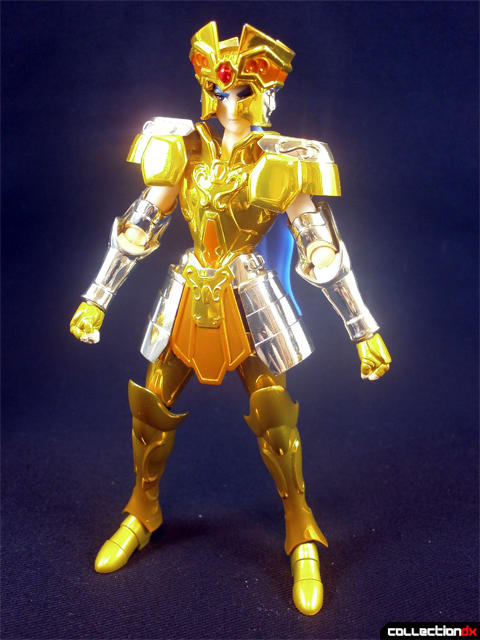 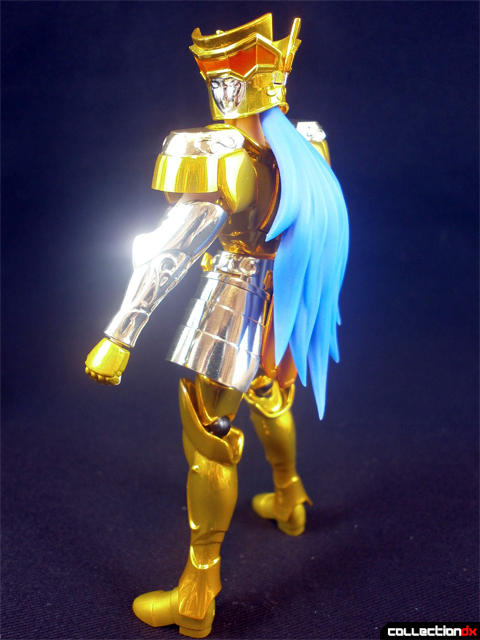 While it’s shown on absolutely none of the promotional pictures, there is a hair piece that allows Saga to wear the helmet, but not well. I wish instead there was a faceless head to replicate scenes from the Gemini Temple, but I discovered you can accomplish the same thing with an all-black LEGO head, it fits perfectly. 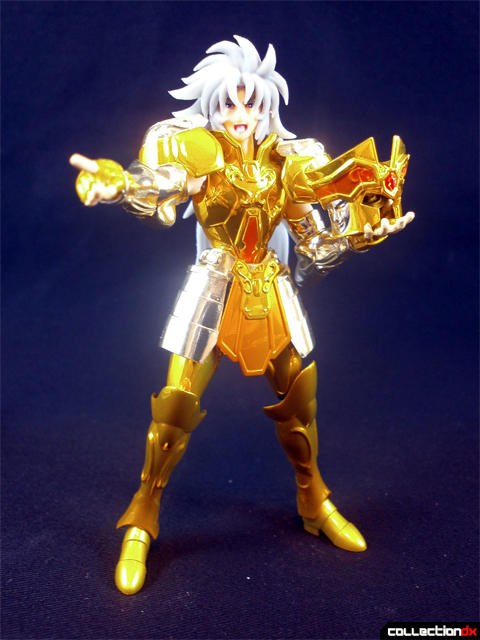 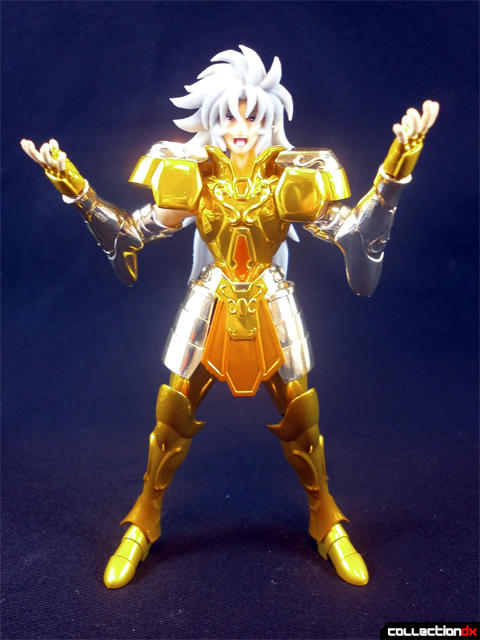 Saga can hold his helmet in his hand much better than either of the previously reviewed figures from this line. There’s no effect parts for him, but to be fair, I’m not sure how you’d properly render a Galaxian Explosion in plastic. 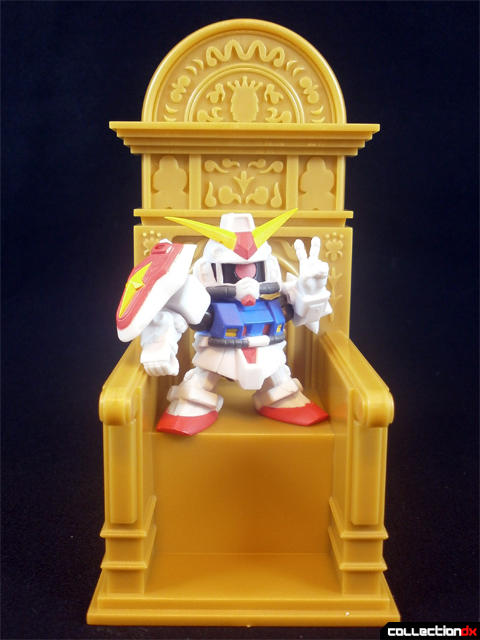 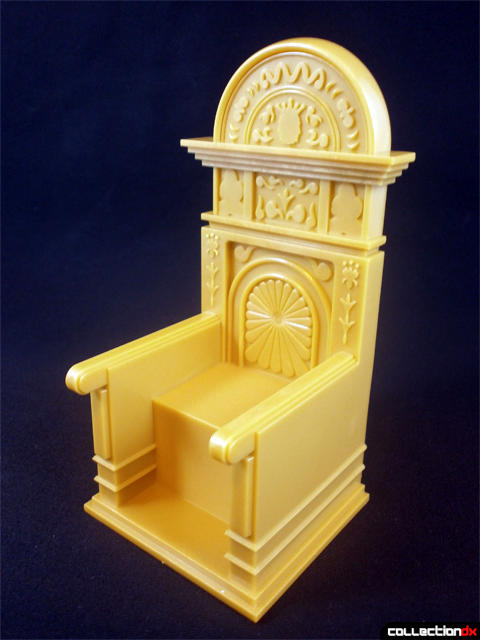 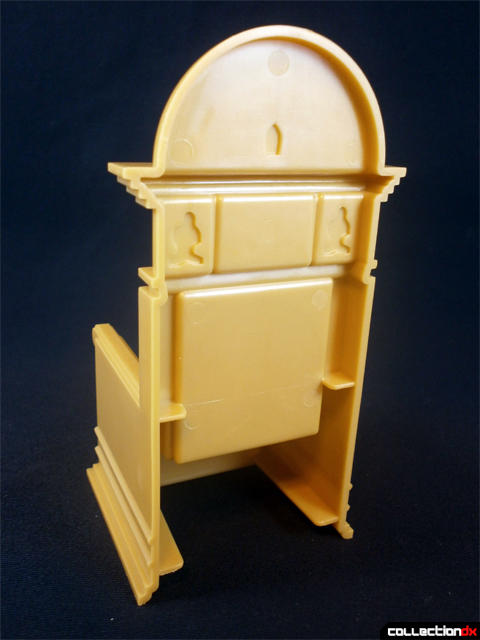 The Pope’s Throne is, I feel, not nearly shiny enough considering how golden Saga himself is. But that’s okay, because there’s no way to get him to sit in it. 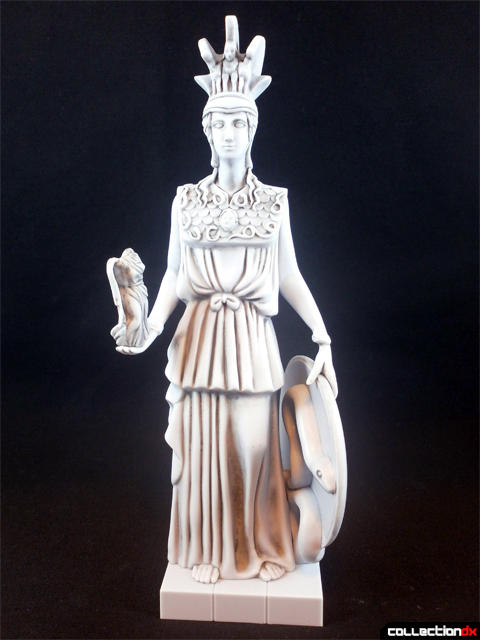 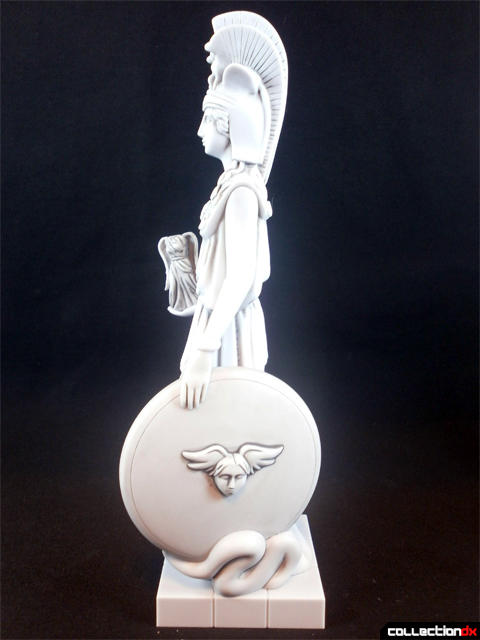 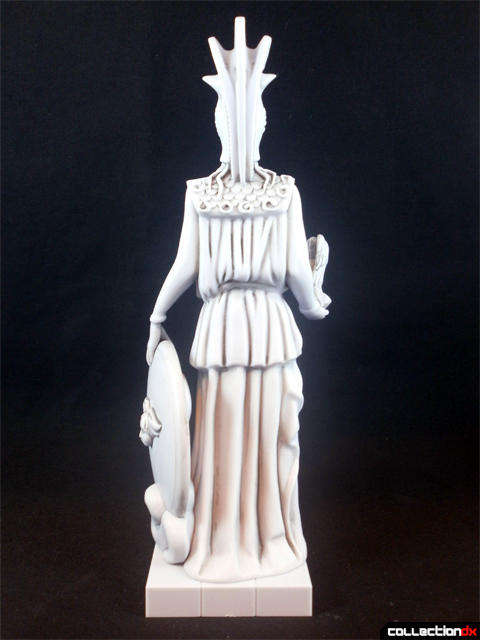 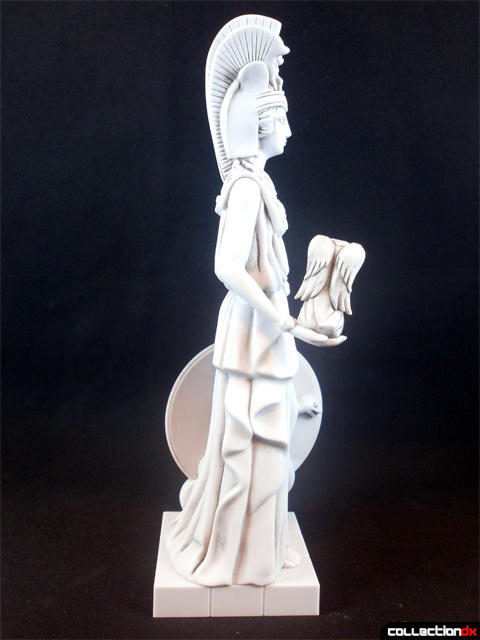 An eight-inch statue of Athena is included as a first release bonus. I’ll be honest, getting this to pose with the eventual release of Kido Saori was a heavy motivating factor in getting this set. 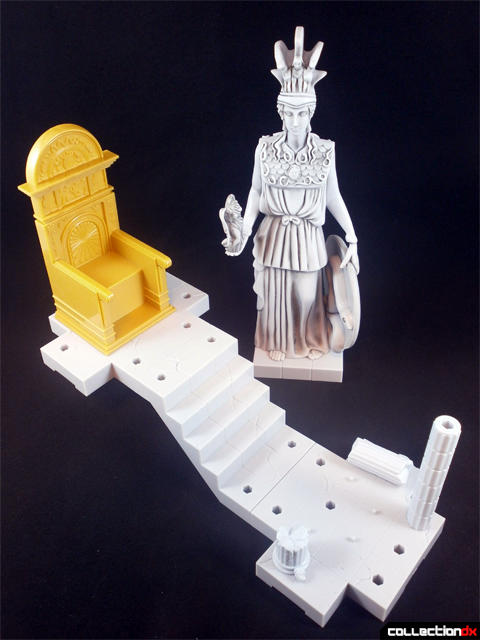 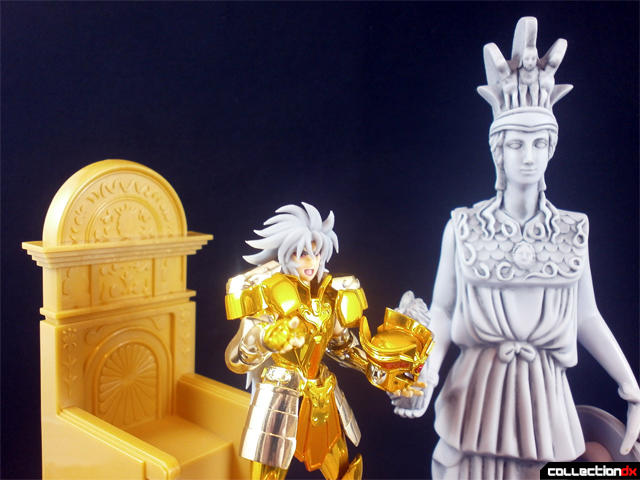 After some assembly, you have a sizeable stage for Saga to dominate. Of course, if we add a few Bronze Saints to the mix, we have even more possibilities. 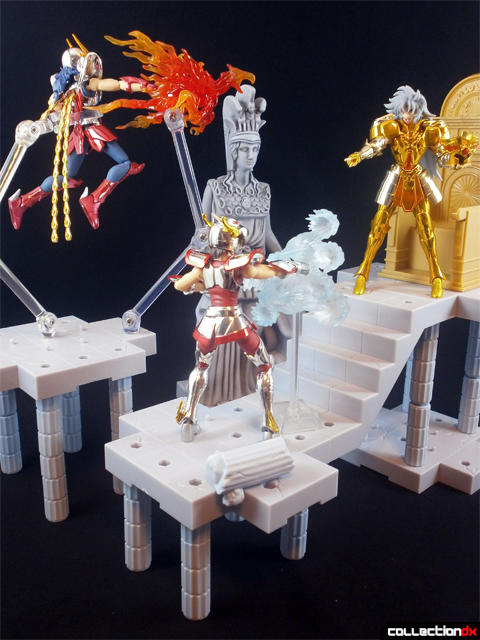 Gemini Saga is a noteworthy release in the D.D. Panoramation line, and I’m looking forward to getting more from the series to round out my miniature Sanctuary.