If you're unfamiliar with the movie The Hideous Sun Demon, consider it the opposite of the Wolf Man. Instead of the moon turning a guy into a monster, it's the sun. This low budget b-movie classic was released in 1959 and 51 years later, the title character would get the 12" action figure treatment from B.F.F.F. International. The figure reviewed today comes from Amok Time.

Much like the Horror Of Party Beach figure from Executive Replicas, this one is great if for no other reason than it's such a minor character to make. Clearly, these guys are making toys for the fans.

But beyond that, I think it's a great figure on it's own merits. But I'll tell you about that after the box. This box is another that has a replica of the original poster art on it. I'm not really sure why, but this was always one of my favorite posters so although I don't own that, it's cool to have it on the front of this box. 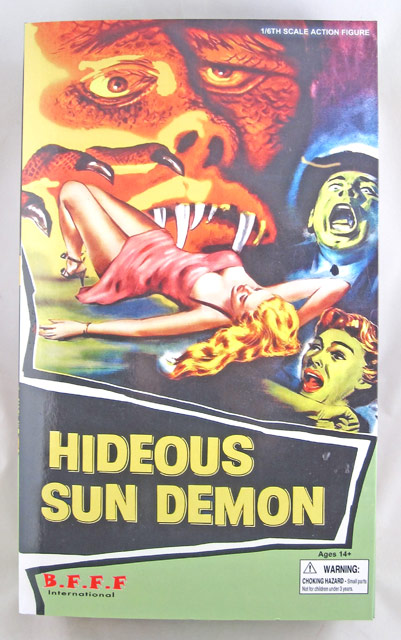 As with some of the previous releases from B.F.F.F. (such as I Was A Teenage Frankenstein, I Was A Teenage Werewolf and Invasion of the Saucermen), the back of the outer flap shows some vintage lobby cards as well as a short blurb about the movie. The figure can be seen opposite, resting in it's plastic tray along with it's accessories. 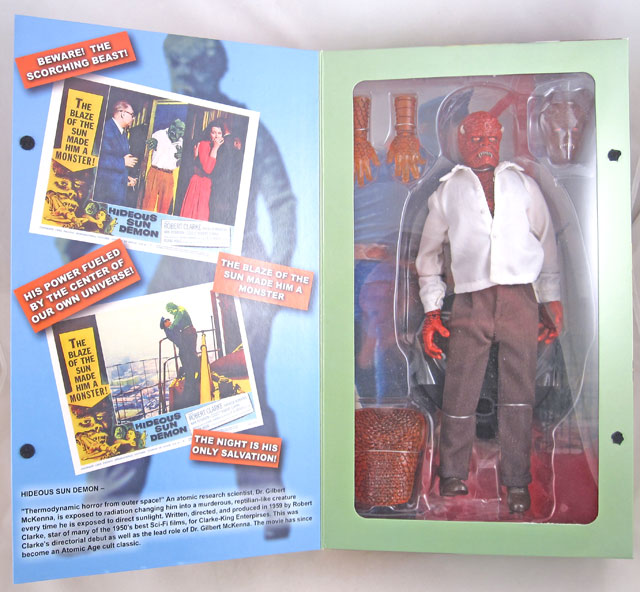 The figure itself has the standard 12" doll body and looks fantastic in both sculpt and paint application. They really knocked this one out of the park. 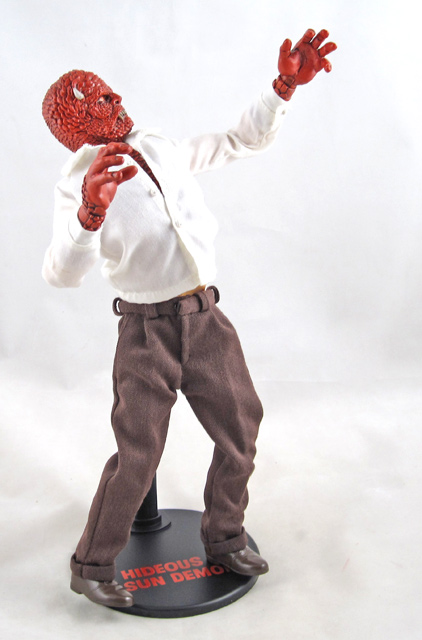 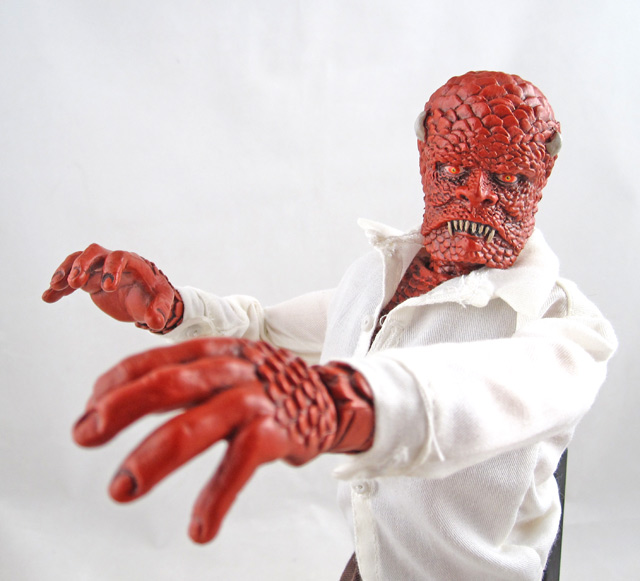 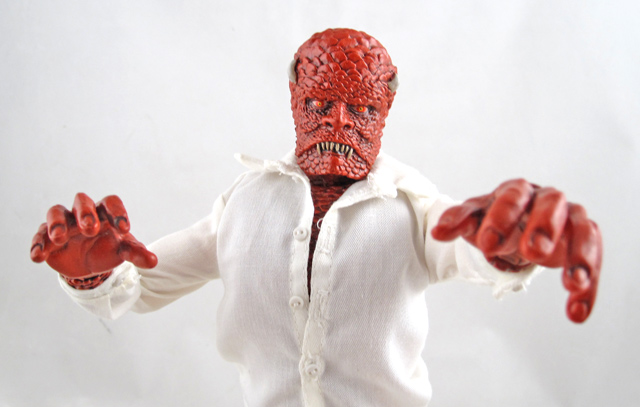 The face in particular is just amazing. 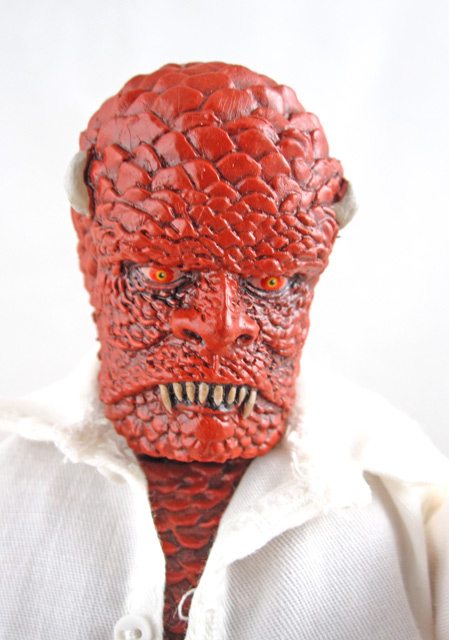 This one includes two main pieces of clothing (pants and shirt), as well as shoes and socks. One thing that was not included that would have been welcome is a belt. The pants stay up fine, but are somewhat loose, so they do tend to droop slightly when you're posing the figure. 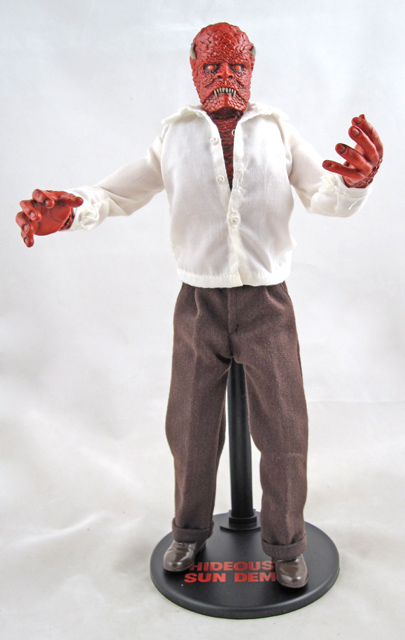 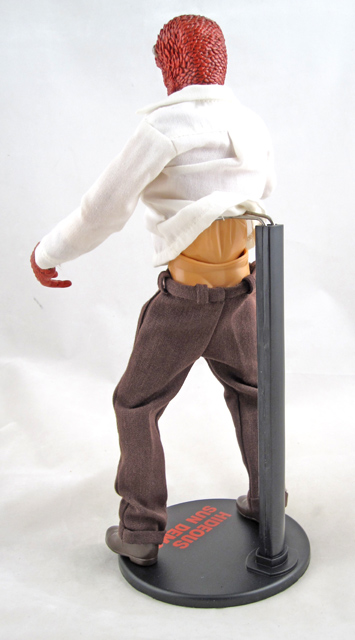 The shirt has four buttons along the torso and one on each cuff. These are traditional buttons that need to be put through a hole in the opposite side. I would have preferred a button that just snaps into place, since on this figure you may indeed be opening and closing the shirt a lot and those would have made it easier. 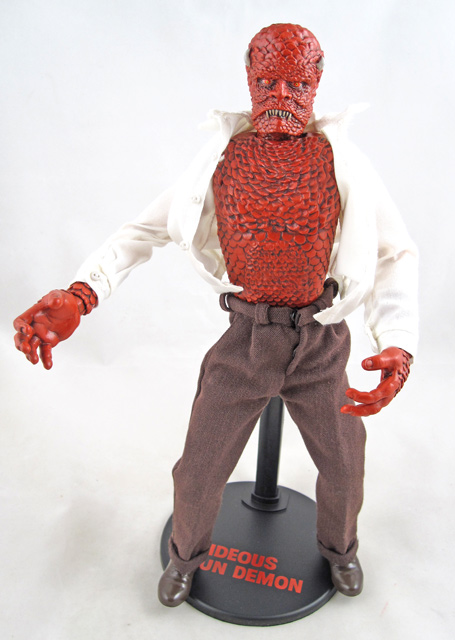 I would recommend that you do not bother closing the shirt's arms at all, since even though the upper arms are not the same color as the forearms, the forearms are long enough that you will never notice even with even with more than usual exposed.

The reason for the need to remove the shirt is because the head, arms and chest pieces can be swapped out for a separate set of semi-translucent pieces. This was a GREAT idea! I've remarked in the past that there's not too much need to mess with the 12" figure format but big time kudos here to B.F.F.F. for thinking outside the box and doing something different. The effect of the sunlight shining through these parts is fantastic! Take a look.... 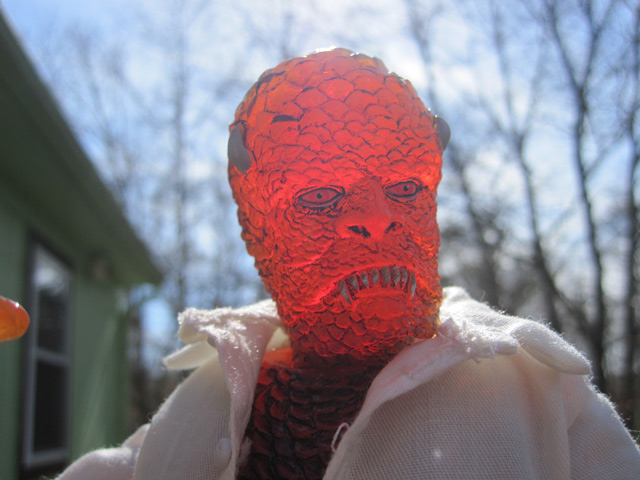 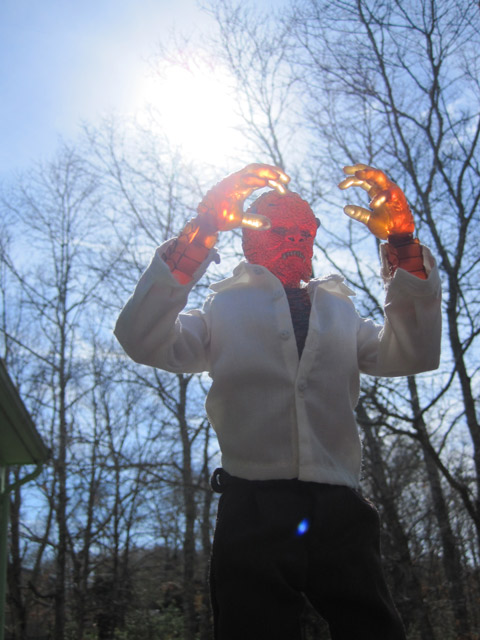 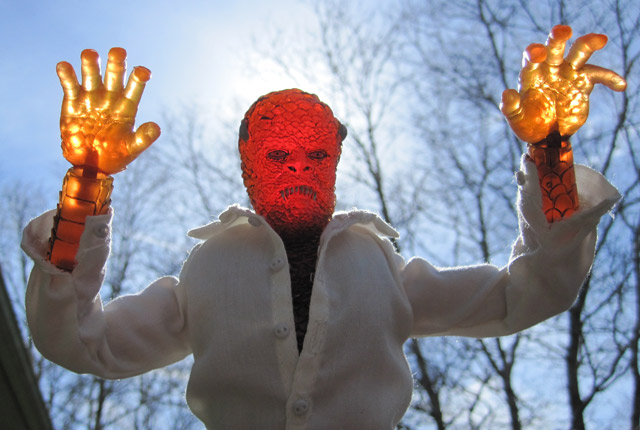 Swapping the parts around is pretty easy once you get the shirt off. Just make sure you heat up the parts with a hairdryer first and they'll pop right on/off. Personally, I think the translucent parts look just fine even under normal lighting and will likely just leave those on all the time.

The Hideous Sun Demon also comes with a stand with the title printed on it, but the style is a bit generic. I'm not sure why they didn't use the same lettering as the poster this time since they did with the previous figures, but honestly..who cares? If the lettering on the stand is you biggest complaint, you've got a real winner on your hands. 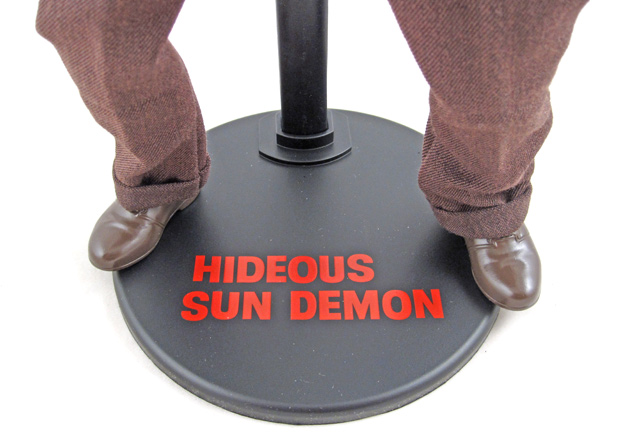 Besides, he seems to stand pretty well without help anyway... 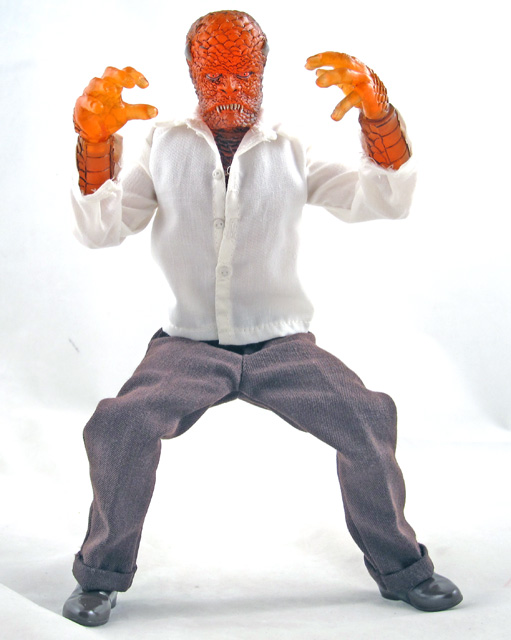 Few figures are perfect but you'd really have to be a nitpicker to complain about this one. The character choice, execution and unique gimmick all add up to make this one a must have for monster collectors. The Hideous Sun Demon is available from Amoktime.com.

Now I can really get into this one. The face has quite amazing quality detail as you point out Dave. I love the monster reviews- keep up the good work.

I love the out door shot of it's translucent face.

The trailer is pure gold. LOL. The announcer's voice embodies those old Disney flicks for me. "Jeek-el and Hyde!"

He clearly wears his belt throughout the entire movie. It is amazing that a manufacturer goes to all the lengths to make him look radiating with the translucent parts, do a killer head sculpt like this, and then don't throw a belt on old lizard man? C'mon. How does that happen???

The semitranslucent parts are great. Someone out there is probably already kitbashing internal lighting into their copy of the figure.

The plain lettering on the stand is very funny to me. It feels like an academic label. "Here we have a classic example of the North American hideous sun demon."