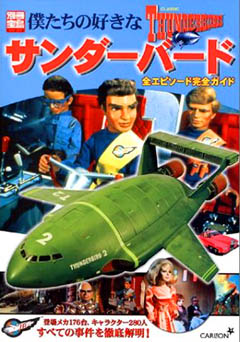 Thunderbirds is a British mid-1960s science fiction television show devised by Gerry and Sylvia Anderson and made by AP Films using a form of marionette puppetry dubbed "Supermarionation". The series followed the adventures of International Rescue, an organization created to help those in grave danger using technically advanced equipment and machinery. The series focused on the head of the organization, ex-astronaut Jeff Tracy, and his five sons who piloted the "Thunderbird" machines. Perennially popular, the series is still shown today and has inspired a number of subsequent television programmes and films.