Thunderbirds Are GO, had Zero-X as the first manned mission to Mars. It ended in failure twice. First, after the Zero-X spacecraft was accidentally sabotaged by the Hood, who had stowed aboard the craft to photograph its wing mechanisms (seeing a bloody puppet leg getting crushed was hilarious). It blew up on the runway. Second launch, the crew miraculously managed the second Zero-X craft successfully to Mars in September 2065. However, soon after touching down on the surface, the MEV was attacked by Martian Rock Snakes. While the astronauts managed to escape, the lifting body control-systems on-board the MEV sustained damage during the confrontation, causing the Zero-X to crash upon its return to Earth. The crew survived, both times, having been saved at the last minute (quite literally) by International Rescue. 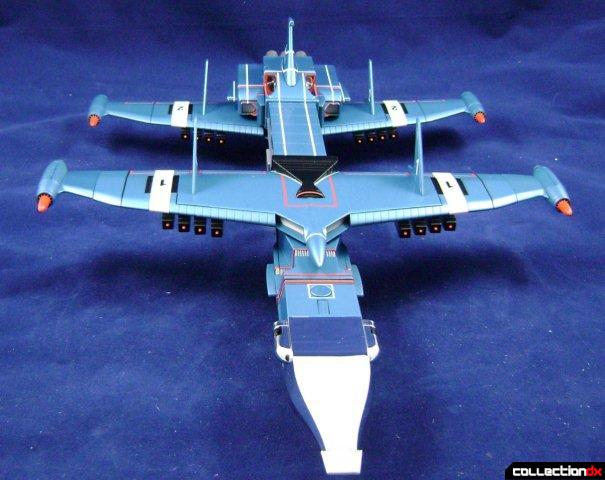 Aoshima released this die cast version of this most famous and fictionally expensive failure (the amount of $ the movie said it cost to build will make you laugh). 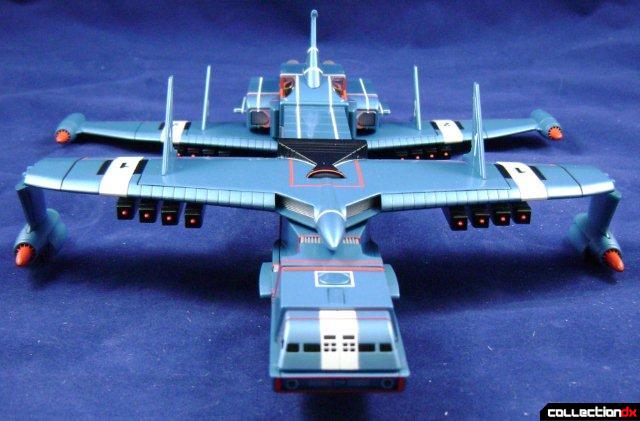 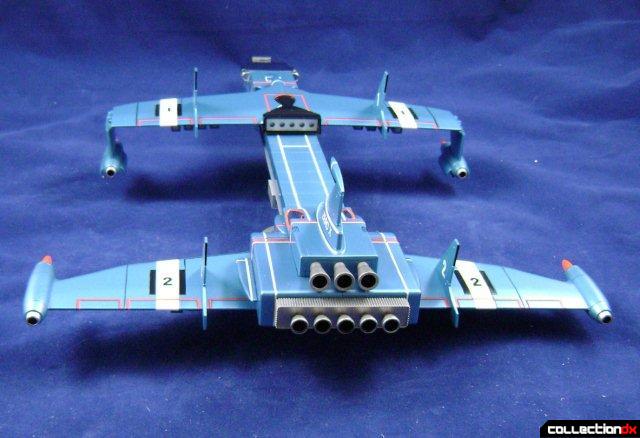 There are two releases and three boxes (the third box had commemorative art on it and was white), all are labeled/connected to Captain Scarlet and the Mysterons in title and the round sticker lets you know it is from the Thunderbirds are Go! movie. The box is the normal cover art, back breakdown, and Styrofoam tray. 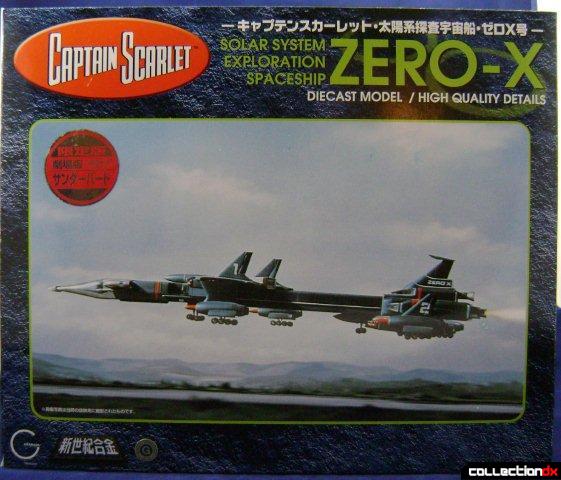 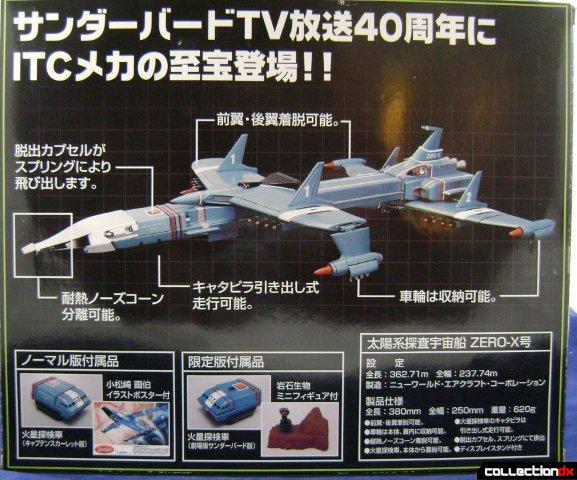 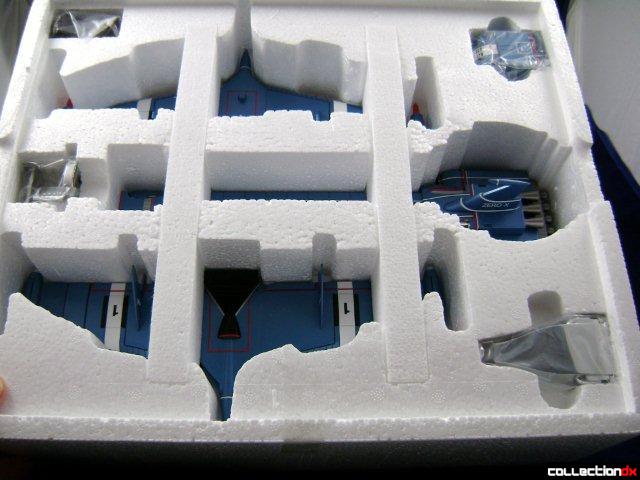 The ship, like in the movie comes in separate segments and this version even gives you a little rock snake! 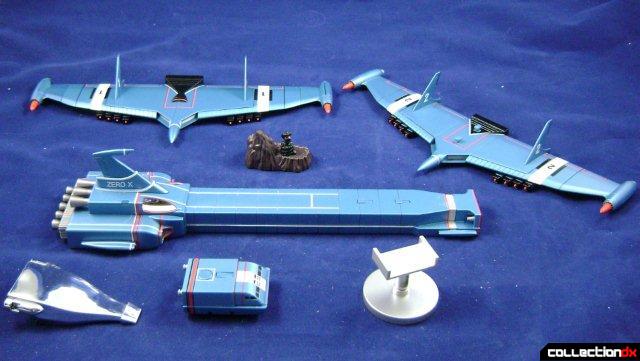 The MEV that lands on the planet is small but has retracting rubber treads, most important firing command escape pod (goes like a foot into the air), and flippable laser turret (BTW is only real difference in versions, Capt. version says "Martian Exploration Vehicle" on side and has no laser). 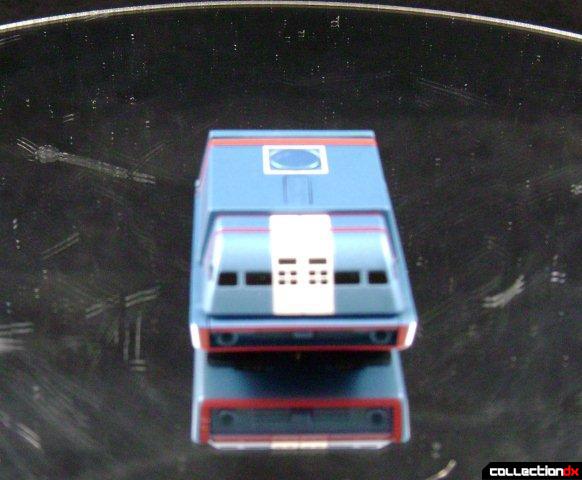 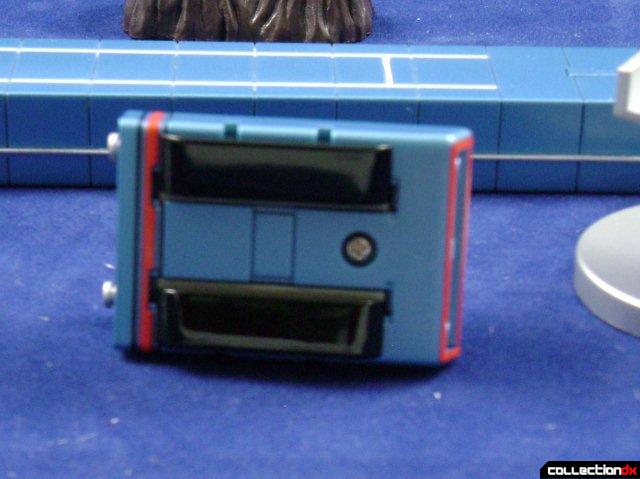 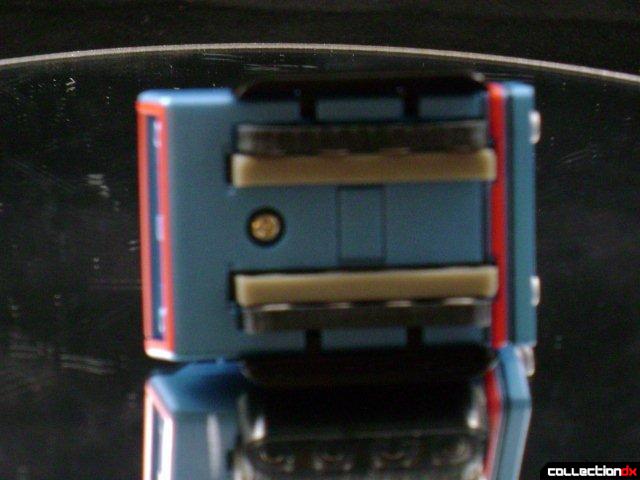 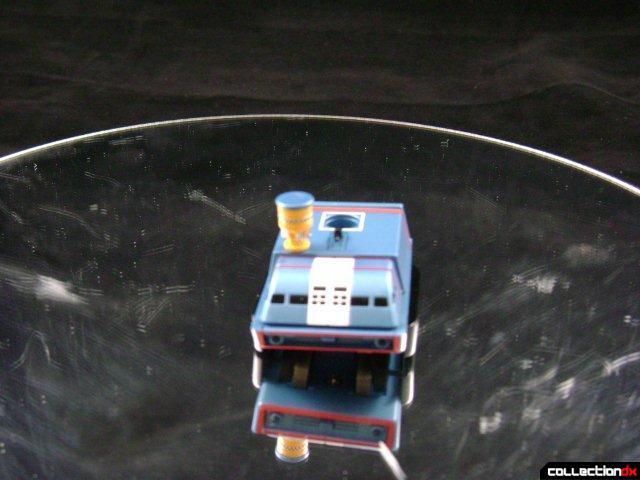 The vehicle comes in three bodies, main fuselage, wing One and wing Two. 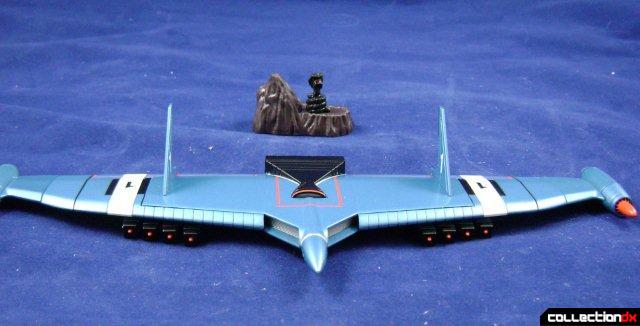 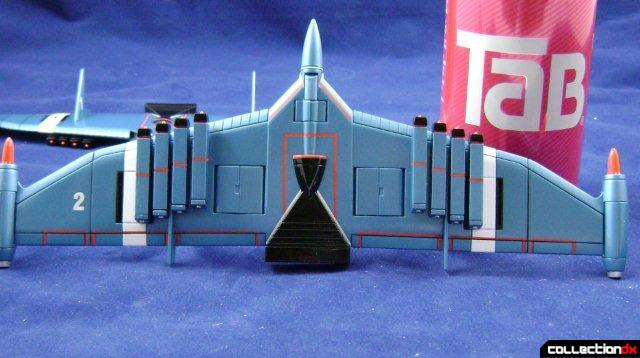 The rock snake is like an inch and kind of useless but cute... 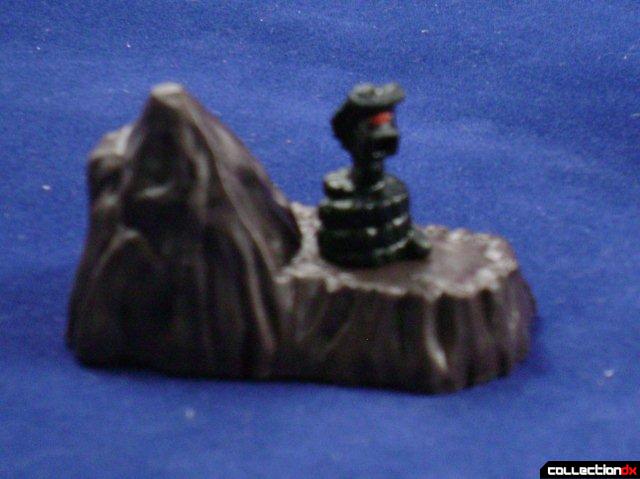 It has nice lines and a real cool look that grows on you, especially with its funky heatproof nose cone. 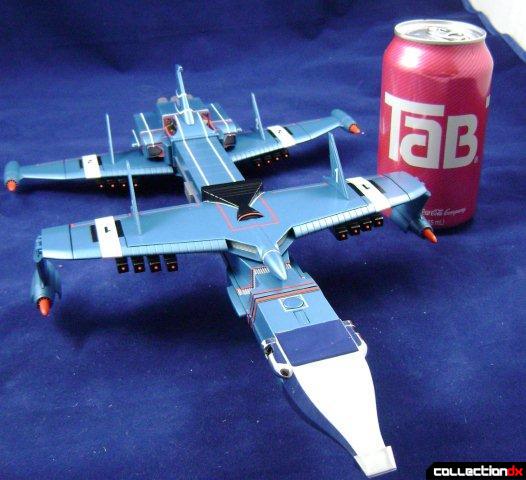 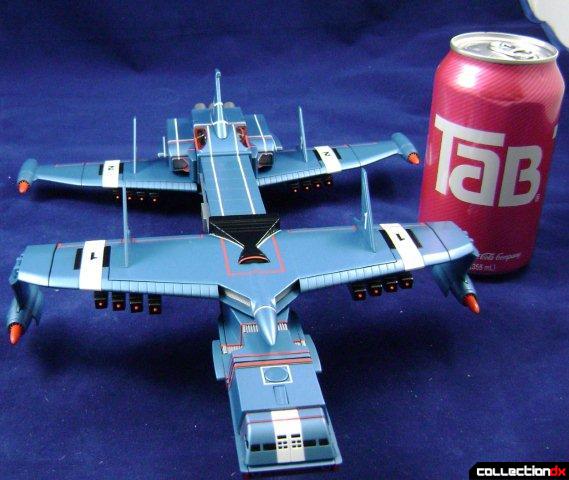 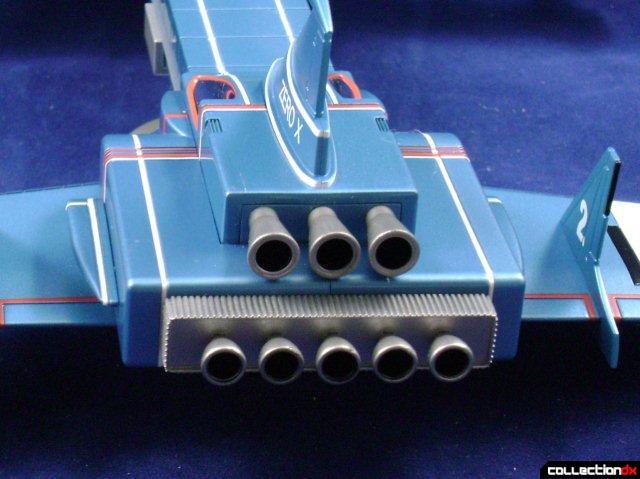 The underneath has the ship's name, and notice the amount of small landing gear. They are both amazing and annoying (you needs fingernails to get out)...BTW: all the super small wheels spin and flip around. 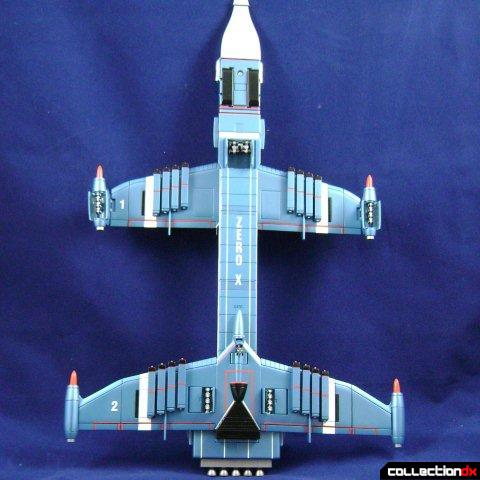 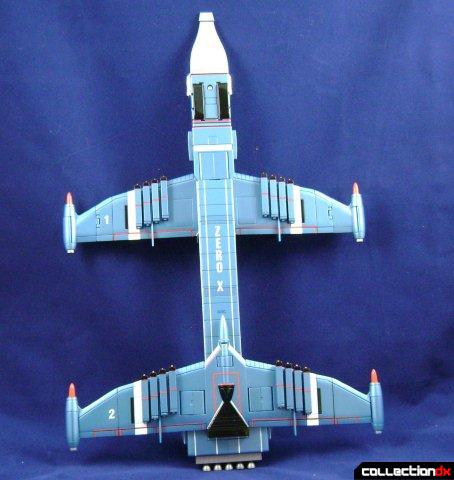 You need to watch the Thunderbirds are GO opening to appreciate how "design challenged" the pre-flight combining is, but it makes a great looking spacecraft. 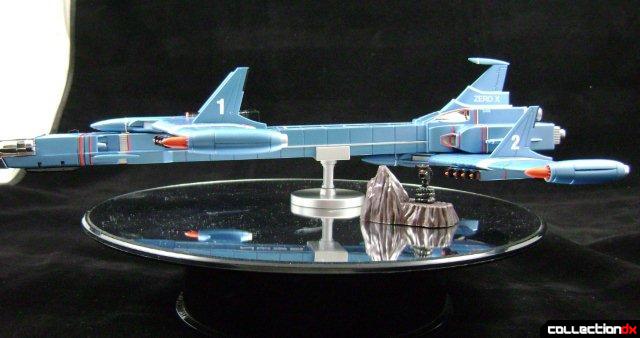 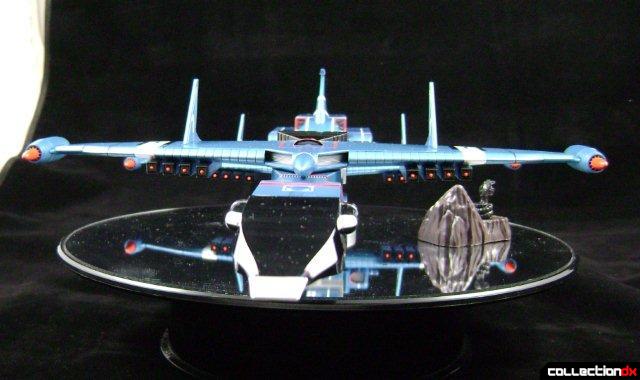 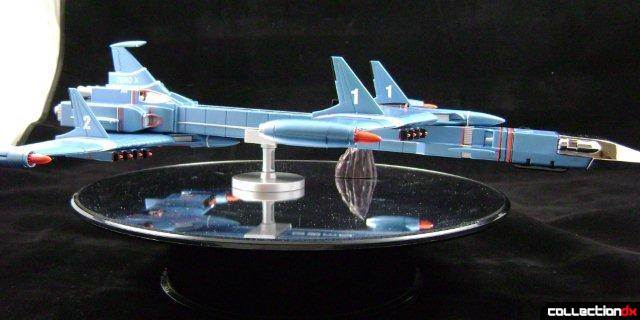 It may have never made a complete flight. 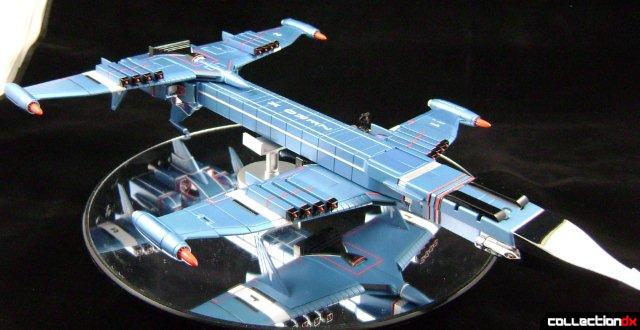 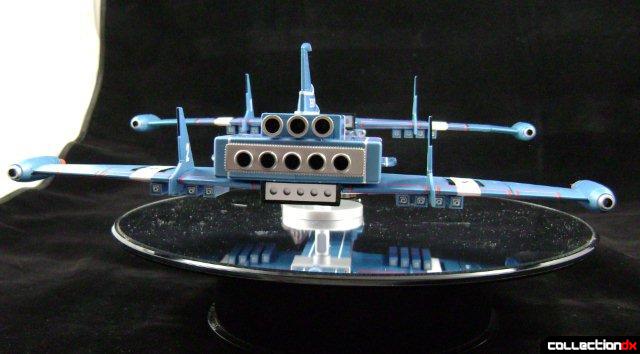 However, it makes for a great collectable and while the stand is terrible and it is small in scale to its Thunderbirds counterparts, it is a quality piece that can be had for 50% off from its original 129.99-159.99 USD. 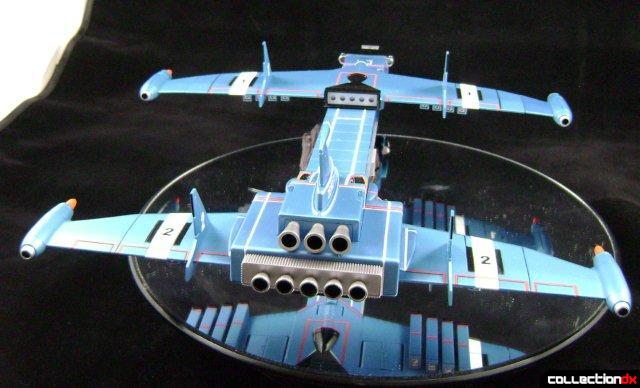 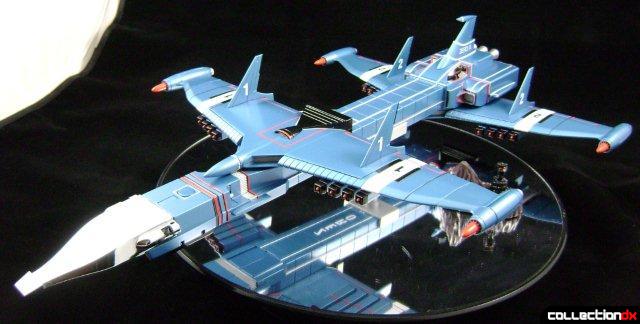 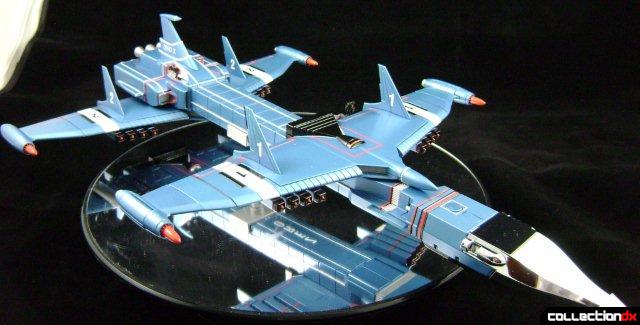 i've always been curious about this one. Too bad it's not in scale with my aoshima thunderbird 1.

yeah if it was would be like 2 feet long or something the MEV is the size of TB1...would be cool to see...need someone to invent growth ray...I have it next to my TB2

Considering that I never saw the Thunderbirds movie, I was surprised by how much I enjoyed this toy. I got the Captain Scarlet version, which is kind of funny since all you see is the MEV (the ship is never shown, LOL). The Zero-X did have it's own comic strip, though, so it saw plenty of action in UK comic books.

It's worth noting that this thing is HEAVY. Lots-o-diecast. You could seriously injure someone by swinging this at their head. Plus the engineering and finish are top notch. I particularly like the fact that not only are the connection points for the wings really solid, but the hatches covering them are spring-loaded. So the fuselage isn't marred by big holes when the wings are absent. And you'll want go display and play with it in various configurations. It looks good without the wings (like a rocket) and it looks good with either wing attached (or both).

As a fan of diecast spaceships, this one was a no-brainer at HLJ's clearance prices.

I really have to stop reading your reviews.. Ive seen this for sale and never bothered to look into it, but its super nice..wow. Loving all your reviews. May have to pick this up when I have some extra disposable income which is probably not anytime soon, but I can dream can't I?

actually debating buying the Capt Scarlet version for like 48 bucks plus shipping....I am a "sucka" for Gerry Anderson...