I spent many a lazy summer morning watching reruns of old Hanna Barbera cartoons on USA Network which naturally included the mighty Gobots. I don't recall a whole lot about the show but there are a few details that stuck out in my mind. One of the things I always found odd about the Gobots themselves is that a lot of them looked a bit more abstract and inhuman than their competitors the Transformers. Out of all the Gobots who would come and go throughout the show, I always remembered this one guy who had airplane wings for arms. Years later I would learn that guy's name is "Zero" and it just so happens I received his toy as part of the lot I purchased to acquire Sky Jack. Over the course of its original run, the Machine Robo "600 Series" produced its fair share of brilliant little transforming robot toys and a number of unfortunate duds. Zero, know originally as MR-39 Zero Robo, seems to lean towards the latter category. 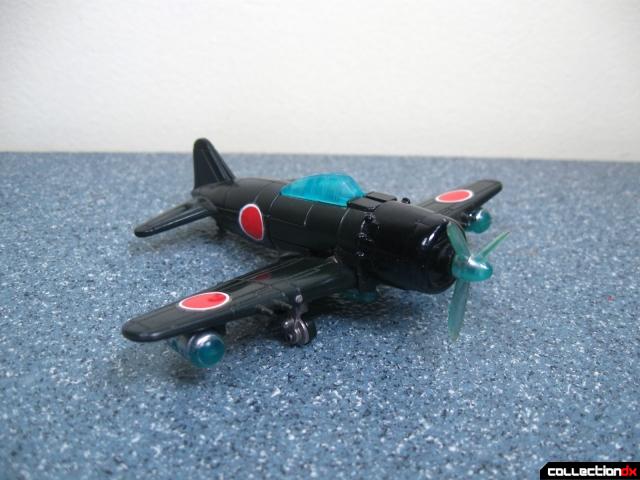 Zero's vehicle mode is appropriately the famous A6M Zero carrier-based fighter from World War 2. In his airplane form, Zero looks like he took part in the day that would live in infamy. 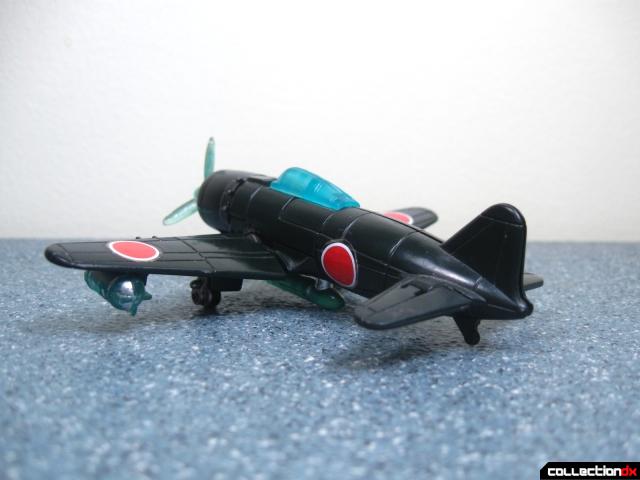 While my example is missing the yellow stickers that go on his wings, he still has all of the massive roundels that mark him as part of the Japanese Imperial Navy. Zero is about 3.5 inches long in this mode. 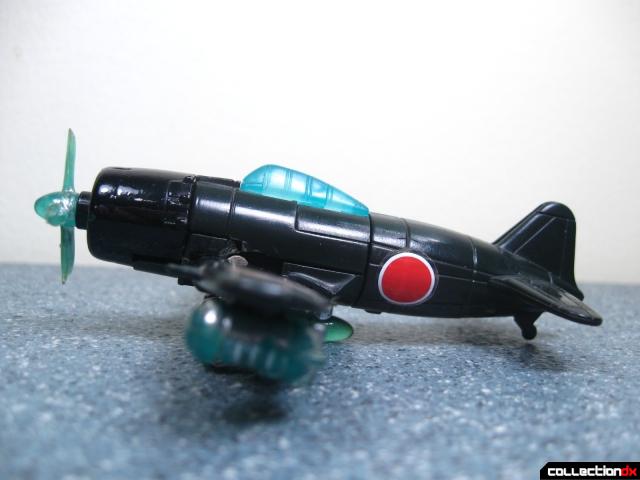 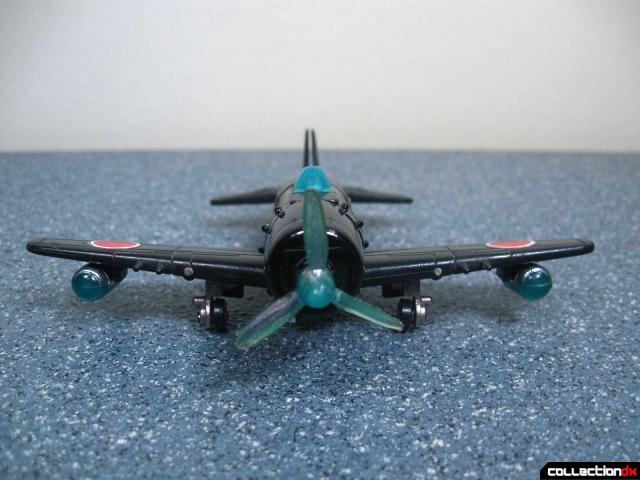 Zero is a tight little package in fighter mode and is fully armed with 20 mm cannons in the wings and a pair of bombs. 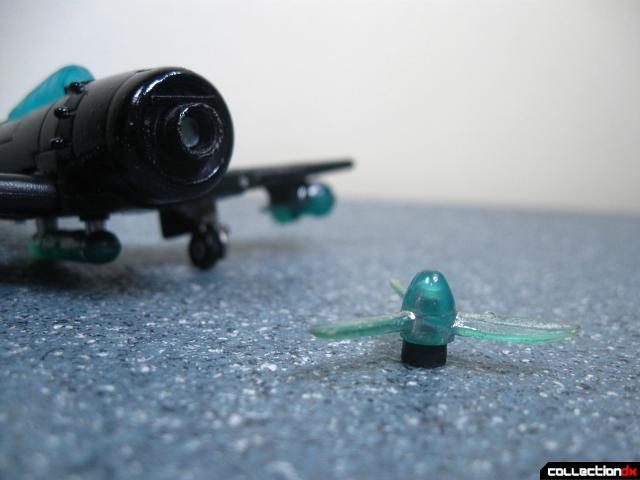 His propeller is detachable and as a result, easily misplaced or broken. My figure has heavy wear on all the chromed parts so you can see the milky translucent green plastic underneath. 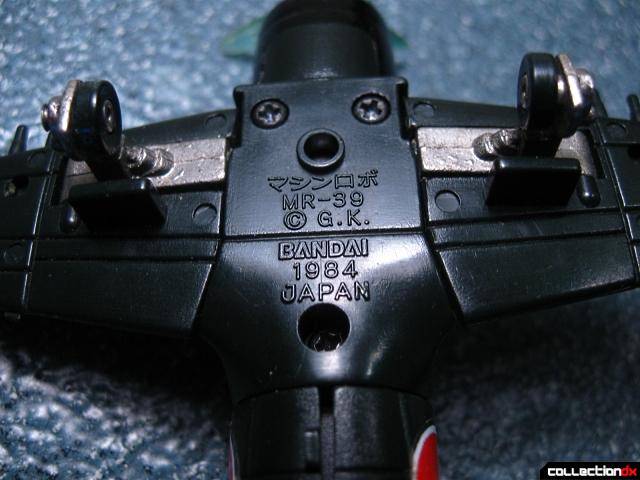 The centerline drop tank can be removed to show Zero's copyright markings underneath. Unlike the propeller, the drop tank plugs in more solidly and stays in place. 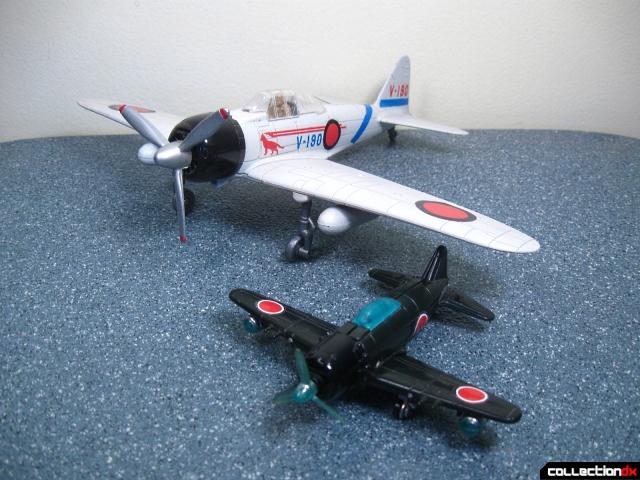 While I am much of an expert on World War 2 airplanes, I always appreciate just how authentic a lot of plane-based Gobots look in vehicle mode. 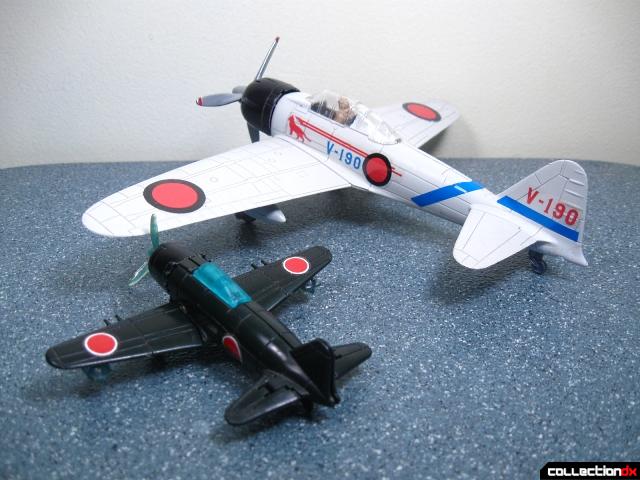 Save for a few hinges, it's really hard to tell that Zero is anything more than a small airplane toy. 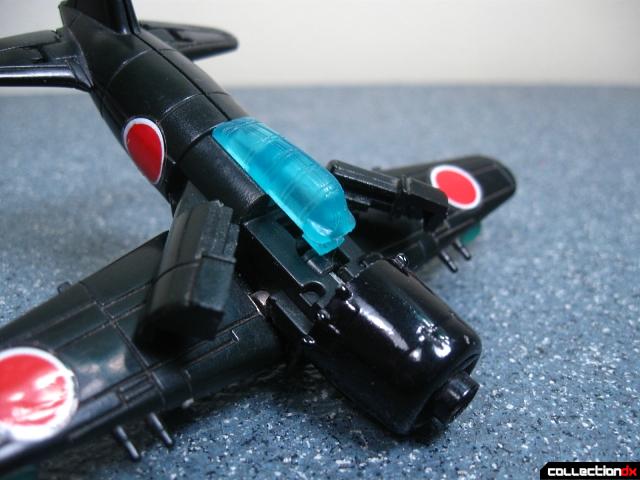 Another Gobots collector, Counter-X noted that early prototypes for Zero showed him with more normal looking arms. While this detail never made it to the final figure, these moving panels on the front of the plane seem to be an artifact of the original design. Their entire purpose on the toy is to open up to allow the front of the plane room to hinge upward to form Zero's chest. The thing is they can move outward a lot more than they ever need to which seems to point to them being a vestigial trait from the prototype. 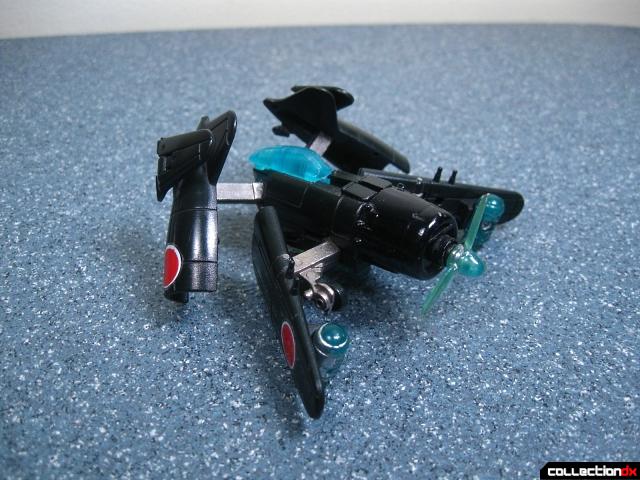 The rest of Zero's transformation is fairly interesting with the rear of the plane splitting in half to form his legs and the canopy sliding back to make room for the prop engine. Certain parts like how his wings bend and rotate to form his arms feels imprecise and requires keeping the legs from knocking into the arms as they move around. Also the flip out chest panels must be pushed back together to allow the arms to rotate freely. 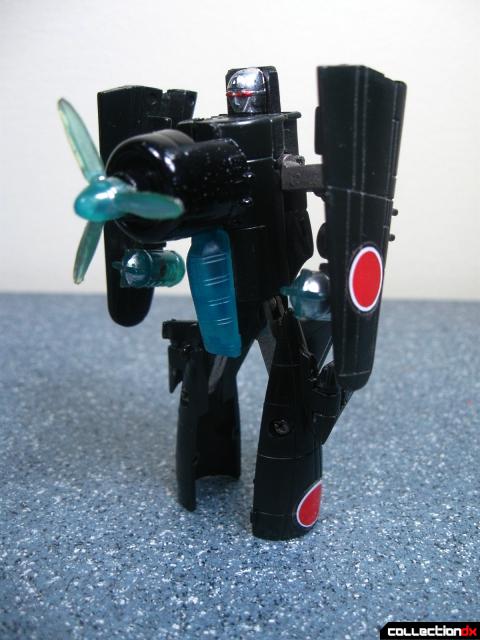 Zero's robot mode is in a word: adequate. Since most World War 2 airplanes are nothing more than a tube with wings, there isn't a whole lot to work with when turning one into a robot. Gobots such as Zero are where a lot of disdain for the line comes from as he's not particularly solid as a robot nor is he aesthetically pleasing. A lot of secondhand Zeroes may seem too loose to stand up but this is an easy fix. Simply tighten the screws in his knees and he should be able to remain upright. 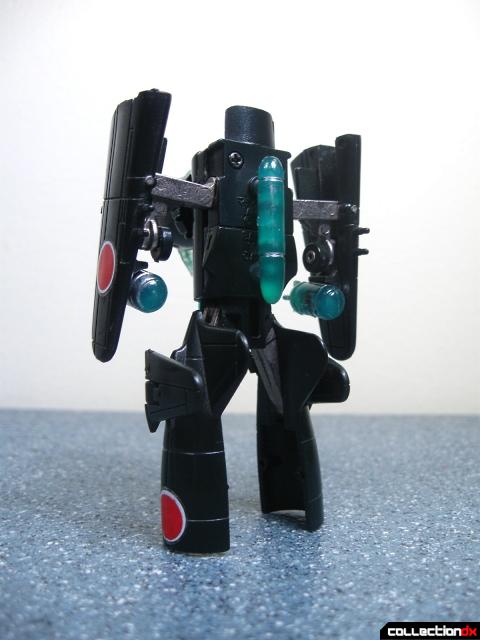 At the very least I can say his robot form is rather clean with no extraneous airplane parts sticking out like a sore thumb. Even the drop tank on his back looks like it belongs there. 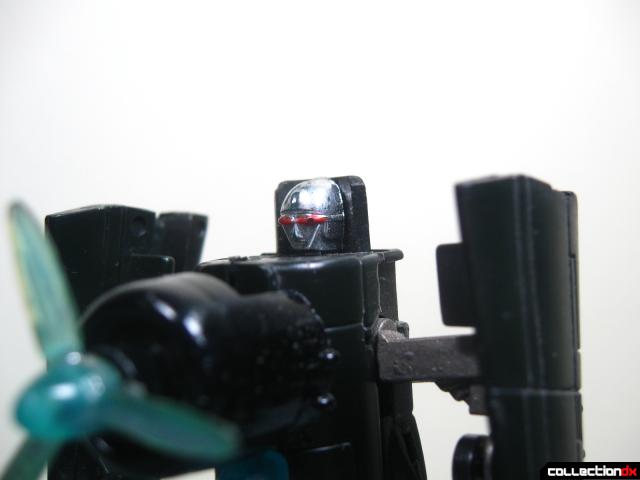 Zero's head is a kind of eerie looking with its doll-like face and blood red eyes. He even has a small "0" on his forehead. The overall look is like a robotic effigy of a Japanese pilot. 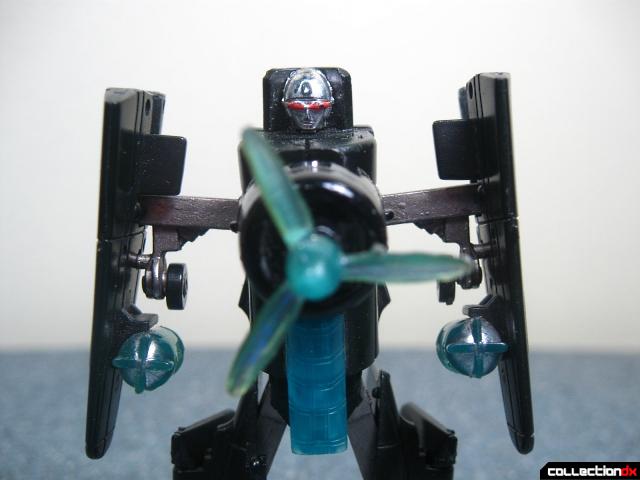 While the prototype for this figure had a pair of traditional arms that the wings would drape over, the final toy simply uses the wings themselves are arms. 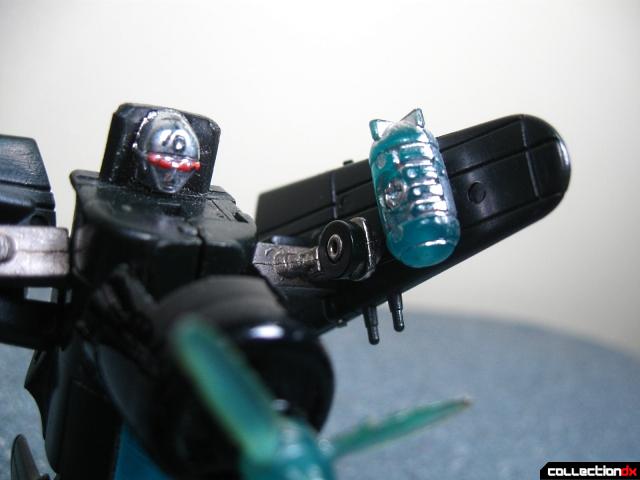 Zero does attempt to feign having regular arms as the bombs under his wings have molded in details representing fists. 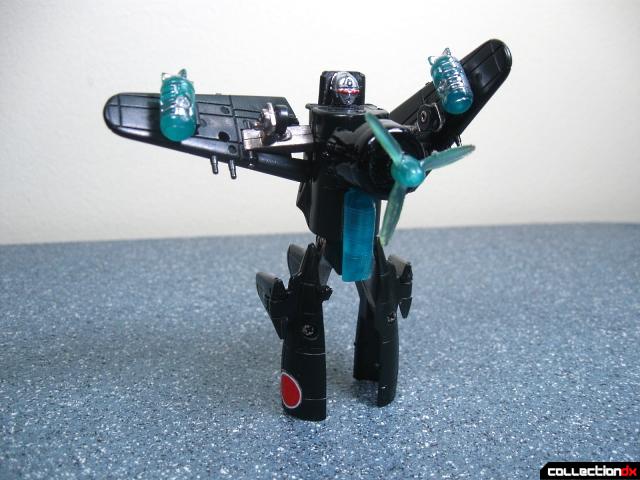 Another odd facet of Zero's design is how his arms can only be moved together on a single diecast bar that goes through the body. A lot of Zeroes have very loose arms so you often seen owners using those pull out panels from the transformation to stabilize him during poses. 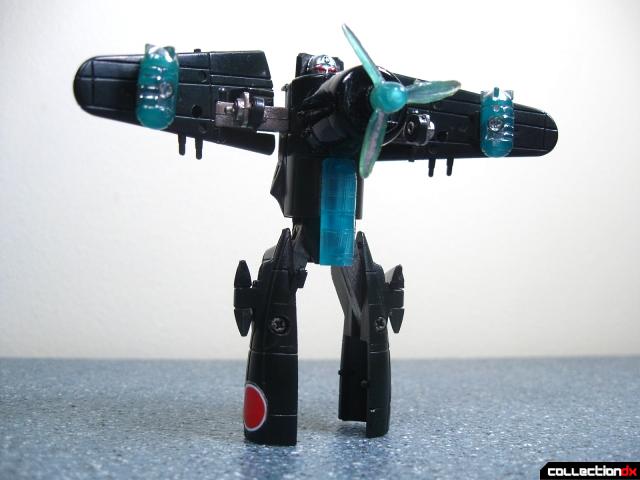 If you can manage to keep Zero's wings spread out in robot mode he makes a decent 50's sci-fi flying robot thing. I think this works a little bit better for his robot mode as it reminds me of the titular Mechanical Monsters from one episode of the old Fleischer Superman cartoon. 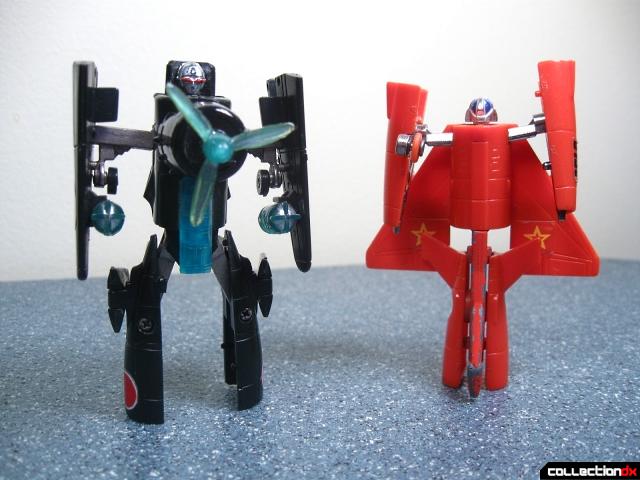 While the similarly tube shaped Gobot, Gunnyr, is simpler than Zero I think he fares a lot better. Gunnyr fully embraces a more abstract robot mode while Zero's attempts being normal just come up short. 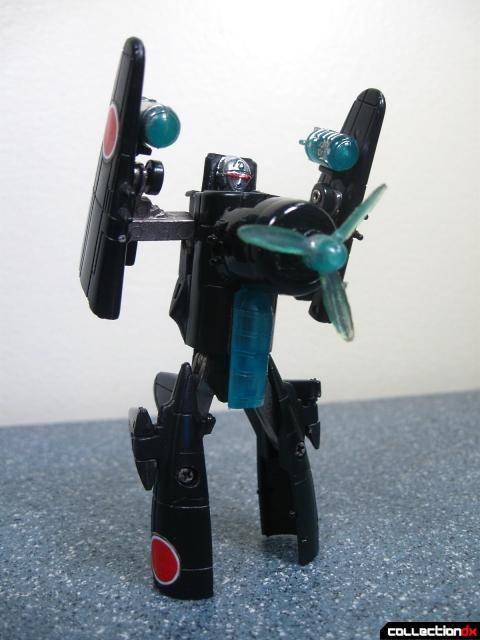 In the end, Zero's quirky design doesn't do him any favors as he is one of the weaker Gobot toys. He's inelegant, fiddly, and has an important accessory (his propeller) that is easily damaged or lost. Zero is the kind of figure who is only worth getting getting on his own if you are a completist and if he is in good condition.

Update 2020: Here are photos of the Japanese Release with packaging. 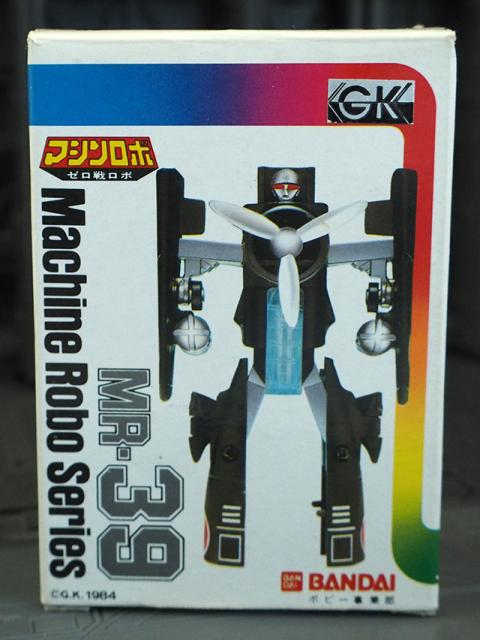 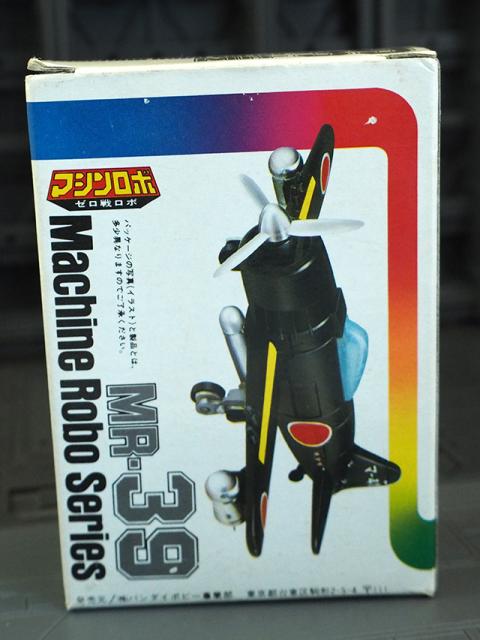 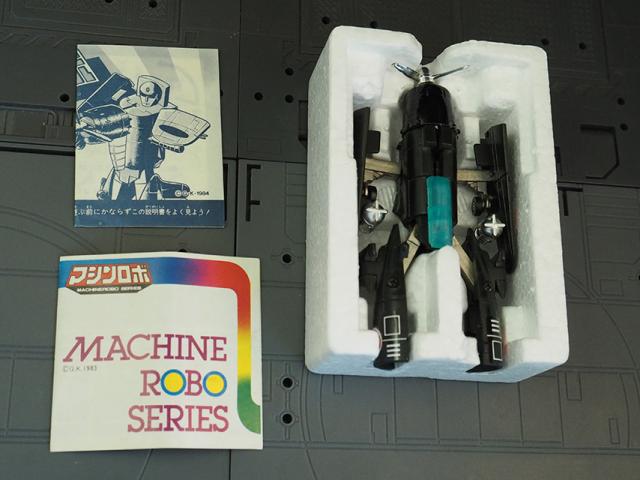 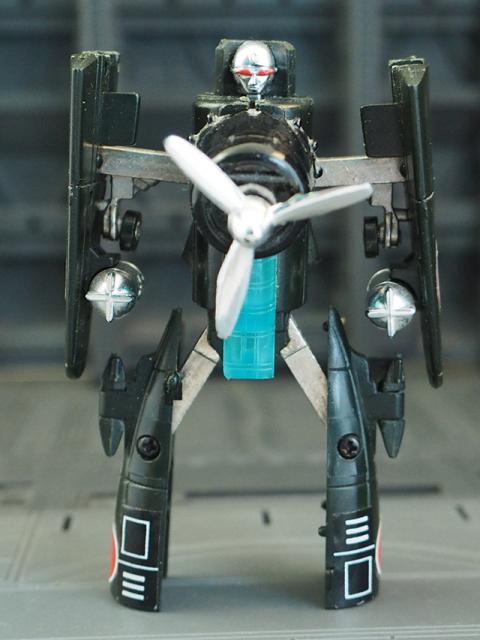 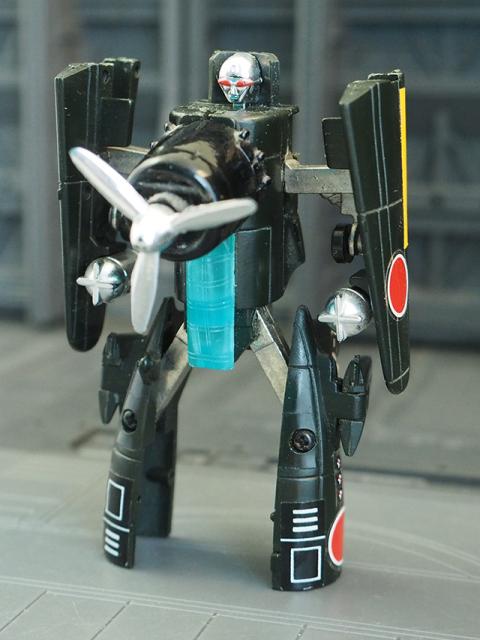 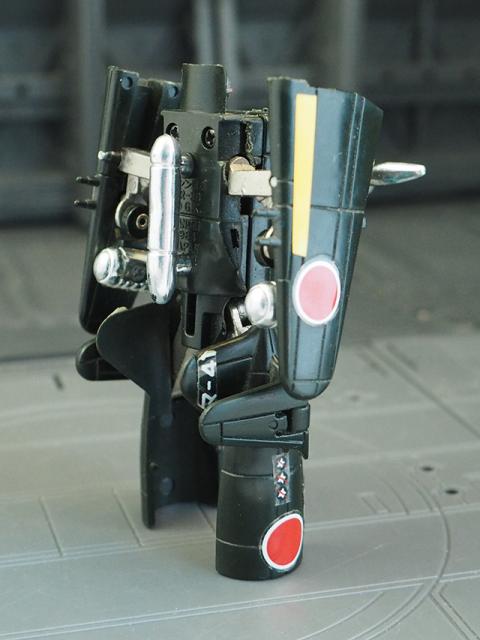 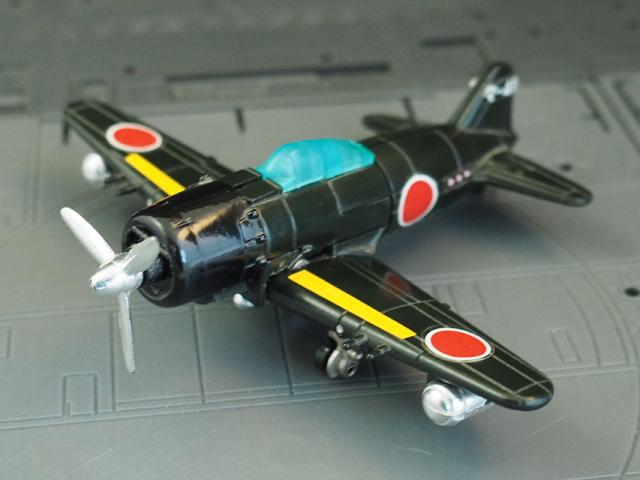 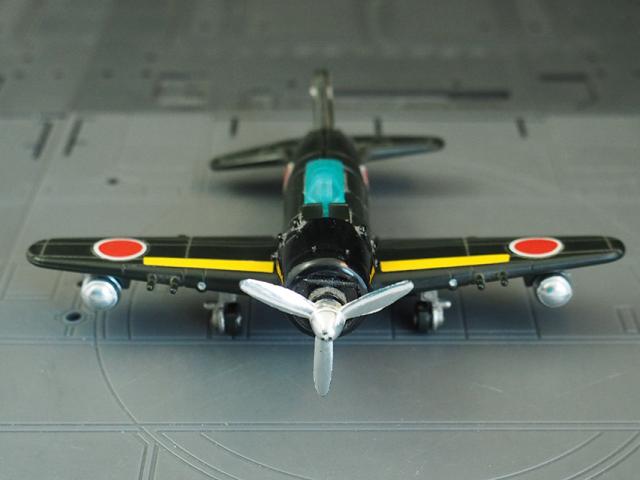 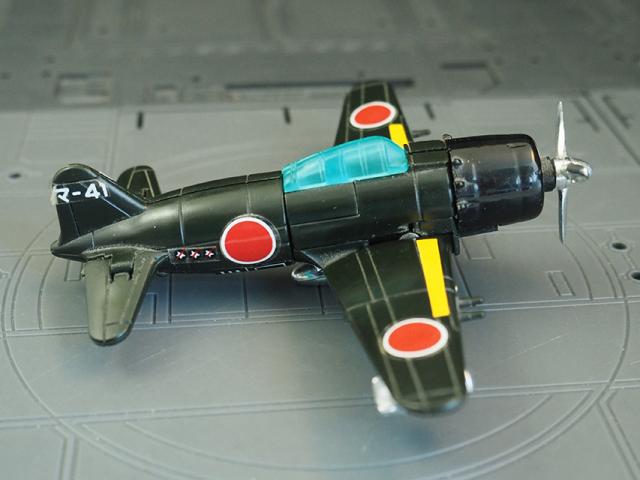 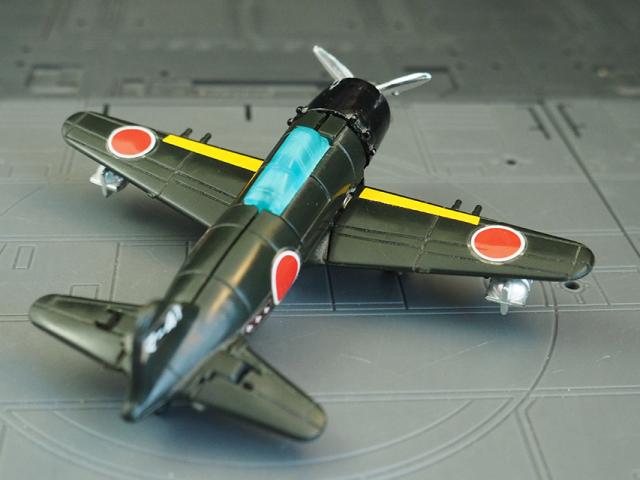 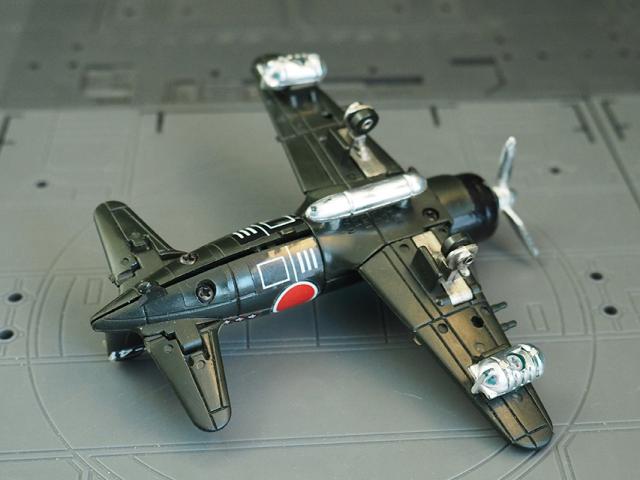 I feel bad for Zero. poor guy, he only has bombs for hands and wings for arms...it's like the encore TF Ironhide and Rachet, where they originally had head problems, it morphed into....shoulder problems by way of the paper cutout heads for them. weird

I always kind of liked Zero's design. Very much a product of its time with the almost nonexistent articulation (see TFs like Starscream and Sunstreaker), but something about the spindly robot appeals to me. It reminds me a bit of the skeletal design for Ransack from "Revenge of the Fallen."