One of the more exciting things I saw at Toy Fair was the new Godzilla vinyl toy line. Now that the first batch has arrived in stores, it's time for a review. I had been hunting for these at retail ever since reports of their availibility hit the web. I eventually lucked out at my local Toys R Us.

The Tokyo Vinyl series are super-deformed versions of our favorite Godzilla characters, designed by renouned artist Touma. For more information on Touma and his work, check out his homepage. He's an influential Japanese designer, known for his Knucklebear vinyl figures amongst other works. I was really excited to see that Bandai had decided to team up with him for these releases. It takes these designs from being anonymous mass-produced items to something with some clout behind the design.

Not that I needed another reason to buy more Godzilla toys.

My one and only complaint is the first one - the box. It's not really a complaint, but the box is just much too large, and the plastic window too flimsy. Each one I saw on the shelf had various issues with the edges. I'm not a box perfectionist, but if you are you might have a hard time finding a perfect one. 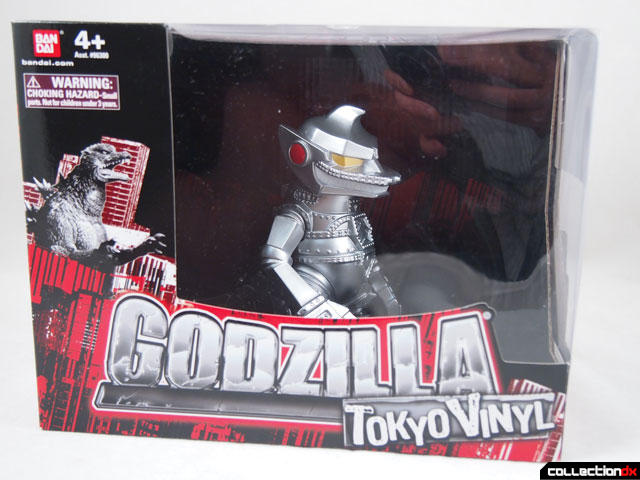 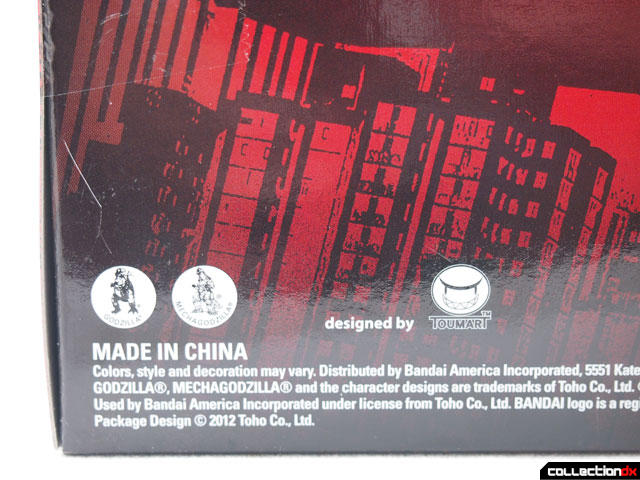 The graphics are bold and attractive, showcasing the familiar red and black color scheme. The figure is held in place with ties. 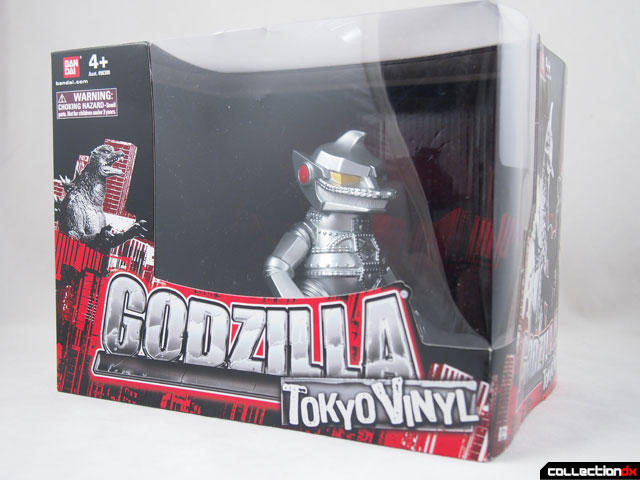 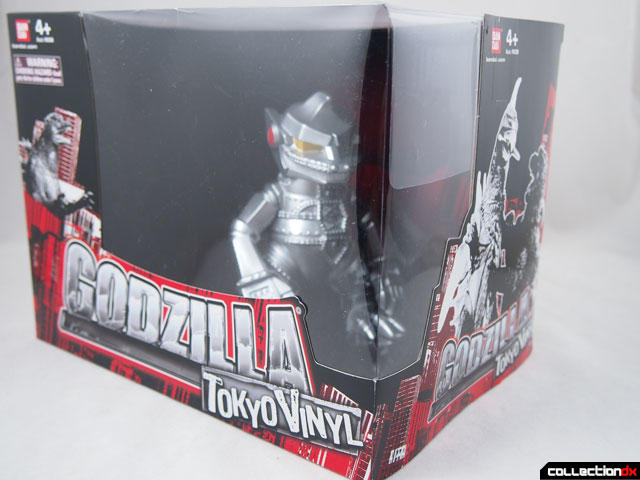 When you take it out you get a real feeling of how much space was wasted in the box. Yes, it looks cool, but it just seems so empty inside.

Once you throw out all the packaging though, the figure is all love. 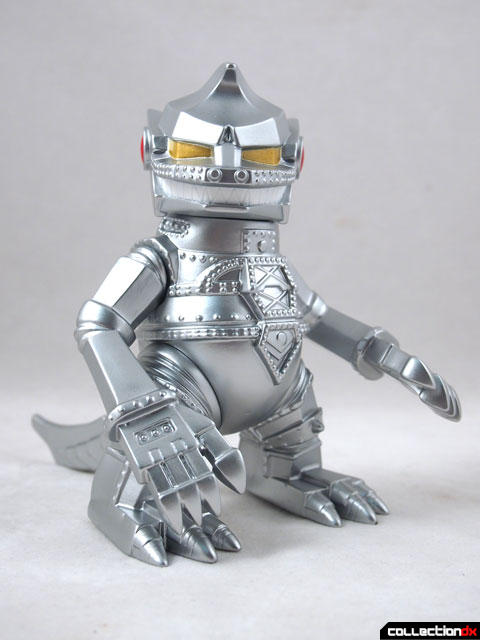 Mechagodzilla is represented here in his classic 1974 design, and it lends itself well to the SD proportions. 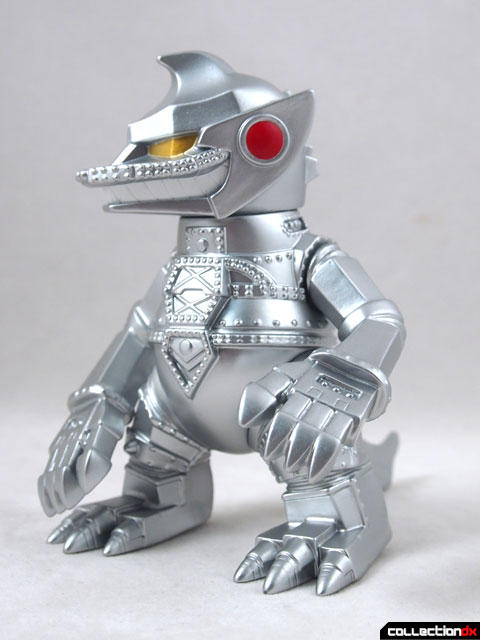 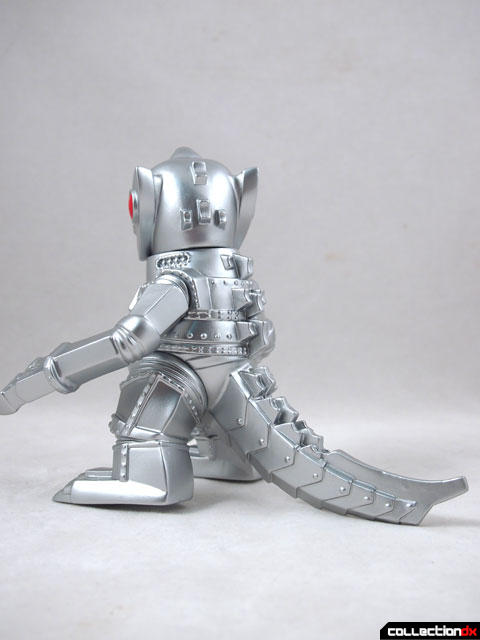 Being a "designer" vinyl, articulation is not key, but there are a few points to note. 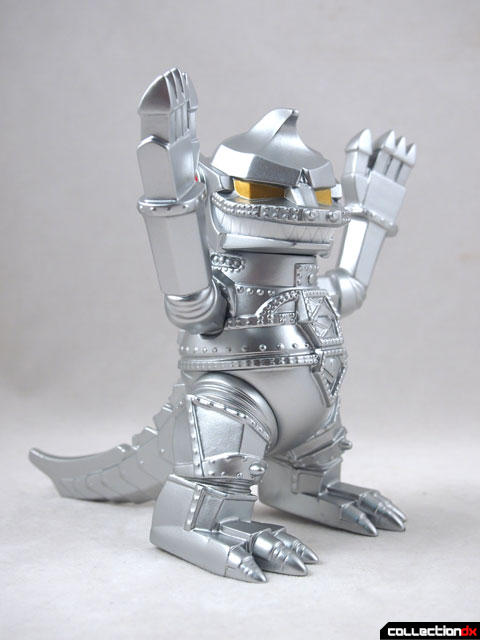 The head rotates, the arms swivel, and the legs move somewhat. That's it. 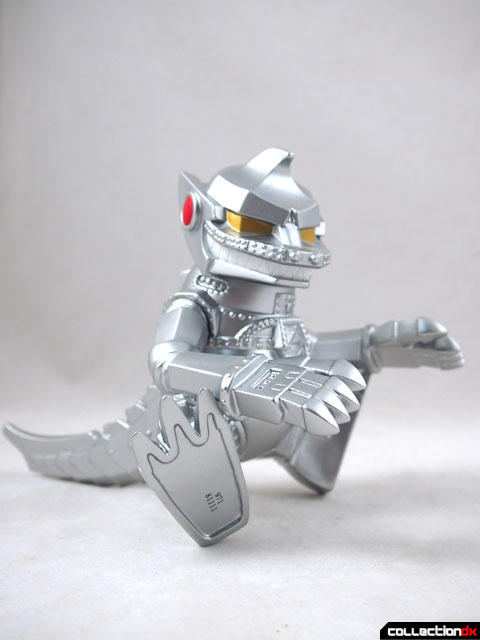 The paint is great, what little there is. The silver vinyl is the perfect hue for this version of MechaGodzilla. 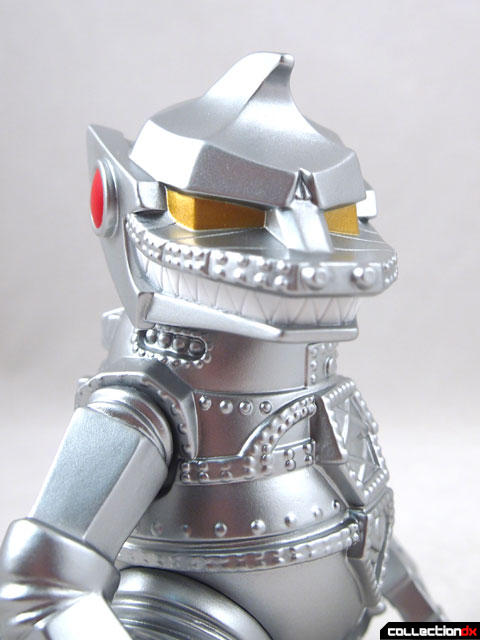 Touma's signature style works well here. The teeth, large hands, and large feet are all hallmarks of his work. While I'm not a huge fan of the designer vinyl scene, I like this because it is free from the hipster elitism that is often associated with the genre. This has that "designer" style, but is affordable and available like they should be. It's highly unlikely that you will see these being bought up to be flipped at a later date. 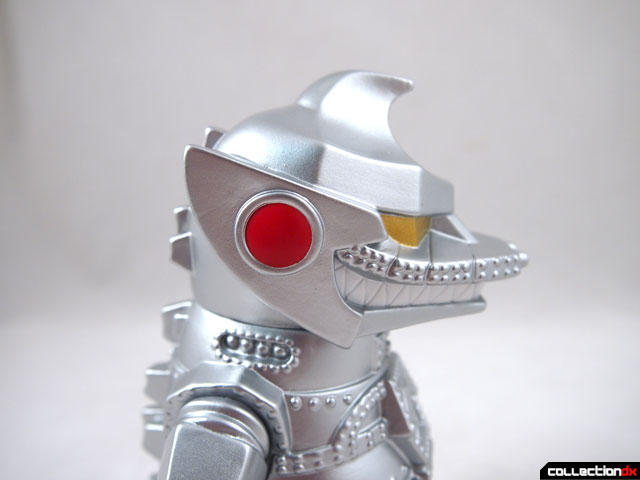 When I first saw these at Toy Fair this year, I was fairly excited. Now, handling them in person they do not let me down. I will admit that a big part of my enjoyment of this is the fact that it is a new Mechagodzilla toy that is easily available to the American market.

This Mechagodzilla just looks like he's got something nasty planned out.
I mean, what a troll face it's got going on there!

I own both the mechagodzilla and godzilla of this series and they are great I love the styling and the simplicity of them. I first got godzilla and after I kept looking at the mechgodzilla I finally caved and picked one up. they look great in photos but in hand they're even better. I know there is the first appearance godzilla that coming out next but I really hope will see the rest of the classic and new monsters from the franchise.