It's times like this that I wish The Enthusiast was still around, because I find that I don't quite have the vocabulary to describe what a wonderful piece this is.

From Toy House, the people who brought you "Outer Space Mantis 9-in-1" comes "Mechanical Space Scorpion". 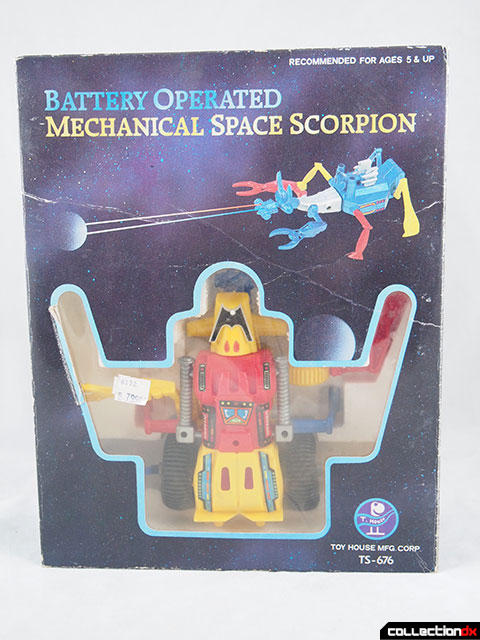 Just look at this box. LOOK AT IT. It's awesome. It's got it all. Transformers style grid background? Check. Airbrushed art? Check. Engrish? Check! 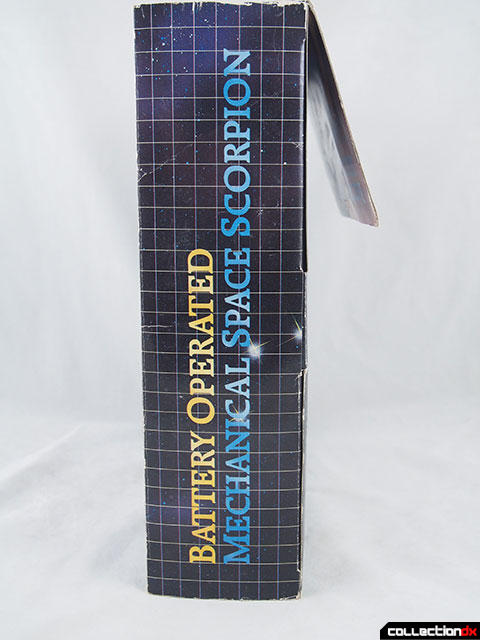 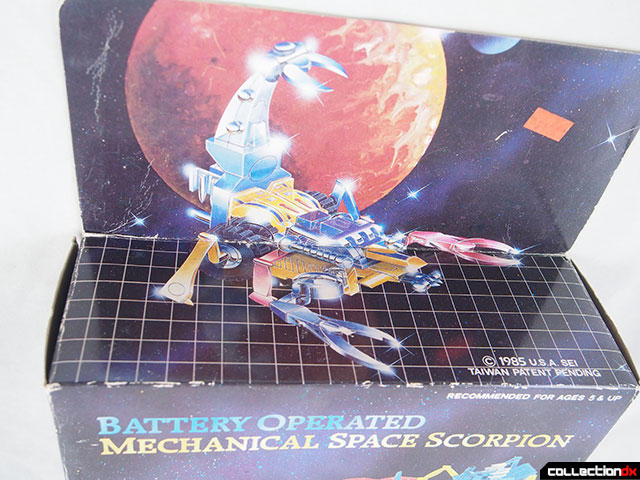 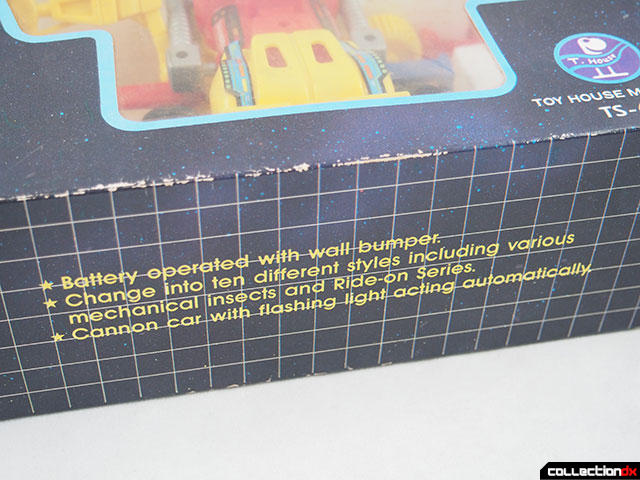 The back of the box has the various modes you can make with the Mechanical Space Scorpion. 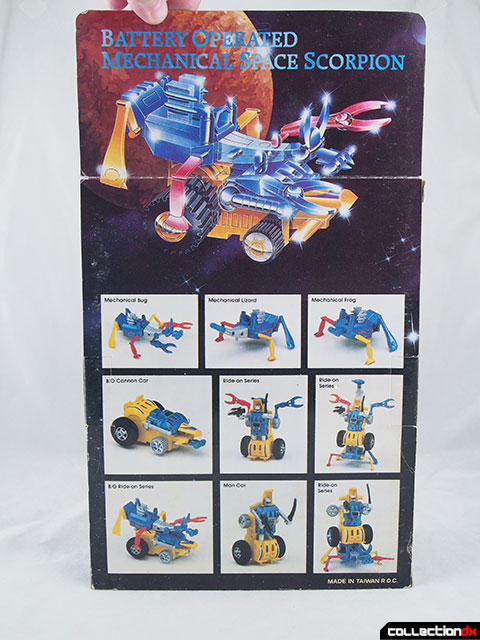 Inside, an awesome styrofoam tray. 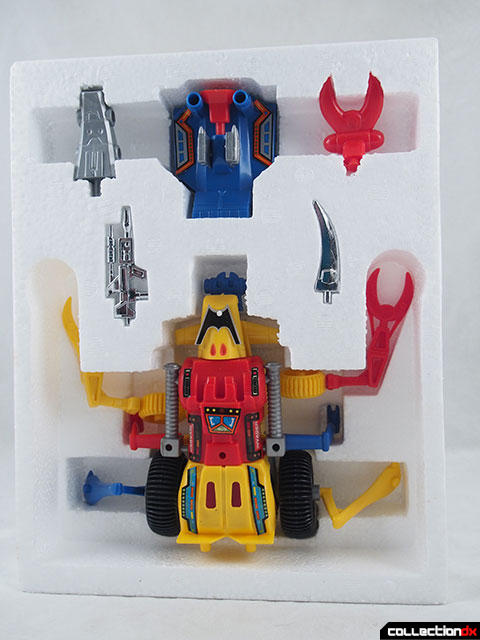 Yes, there are a lot of parts. All plastic, all sort of cheaply made with stickers beginning to peel. 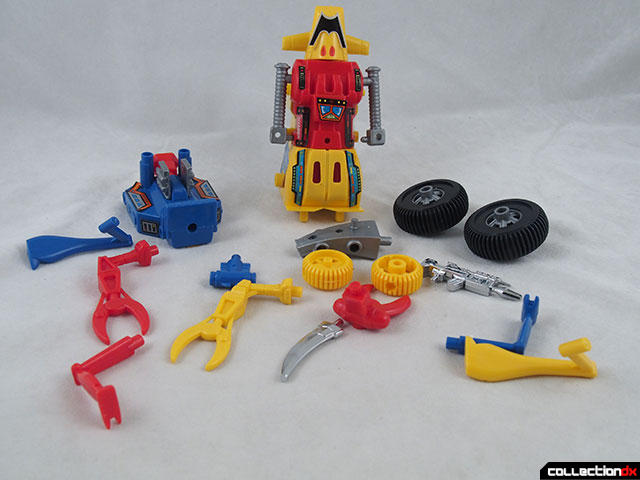 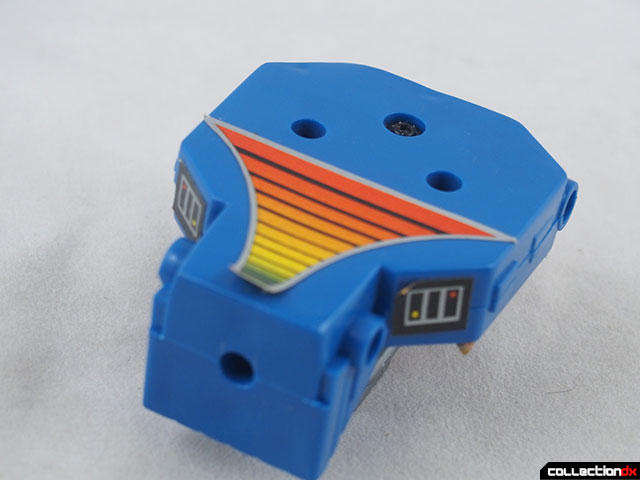 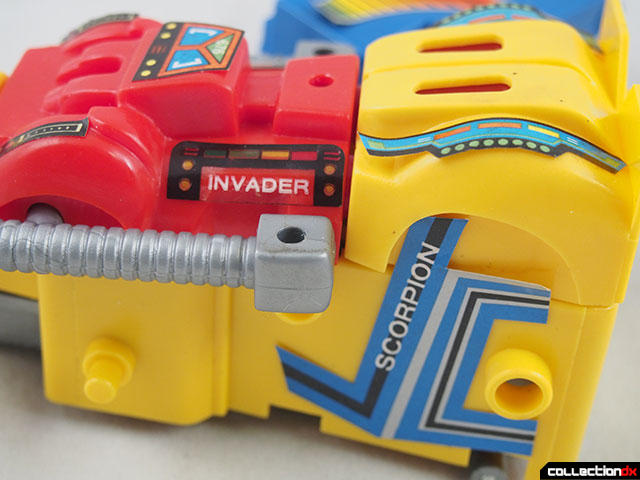 Now, watch as we go through all the modes on the back of the box.

Some of the colors are different than what's shown on the box, but that's expected with toys like this. 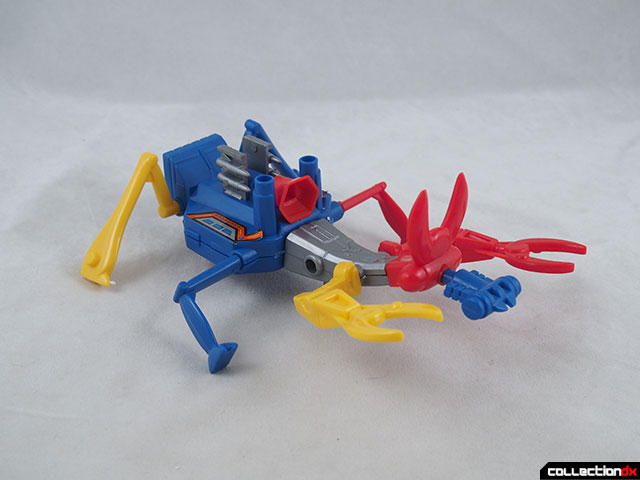 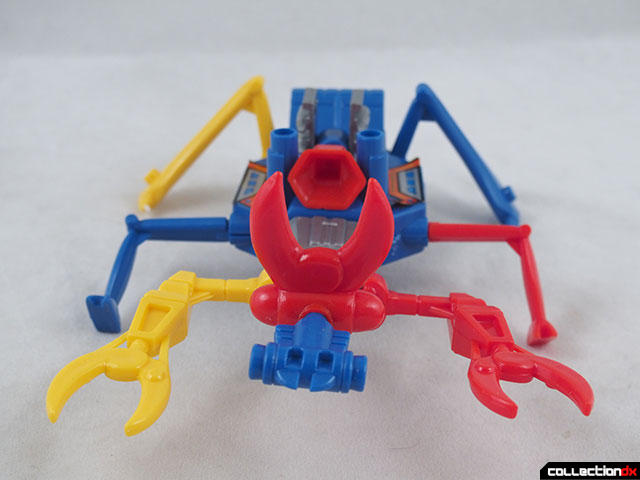 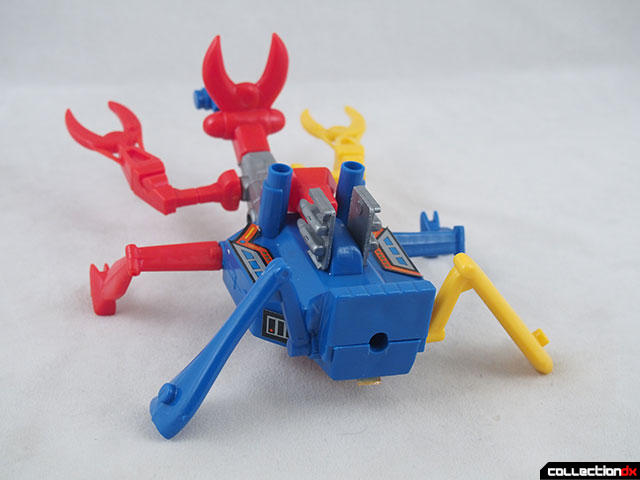 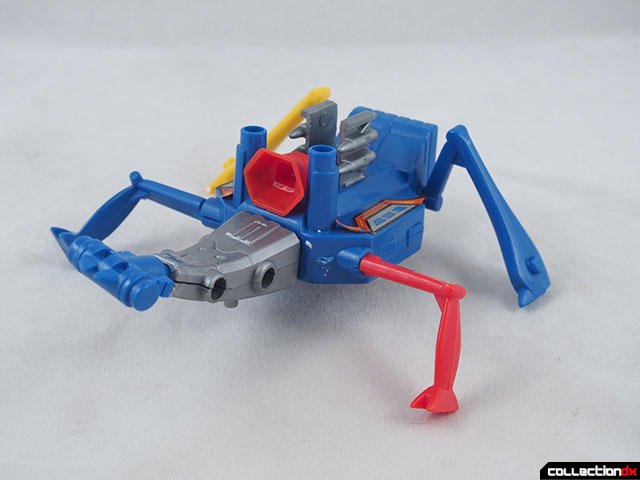 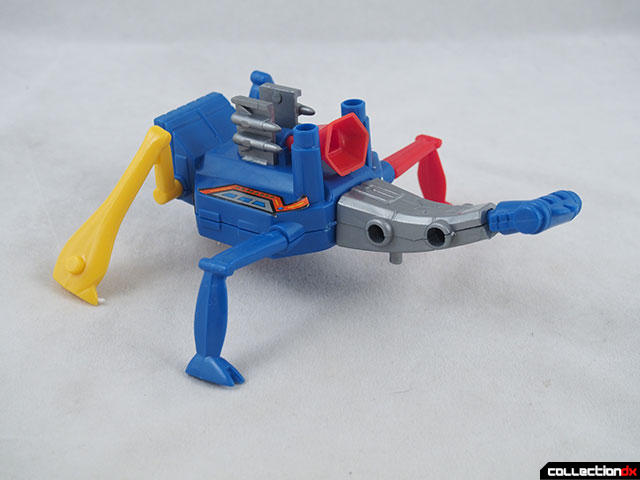 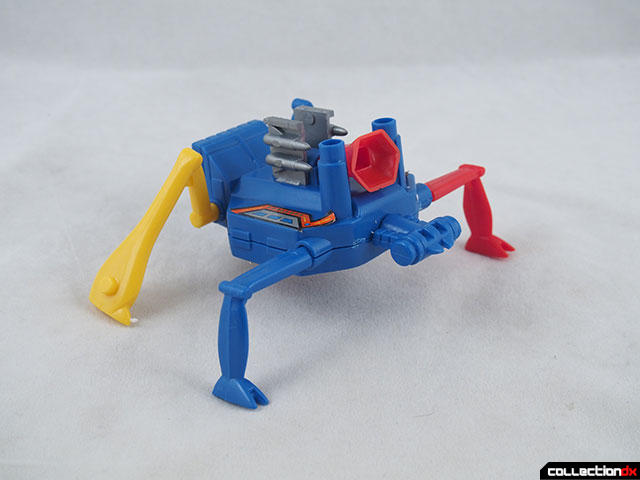 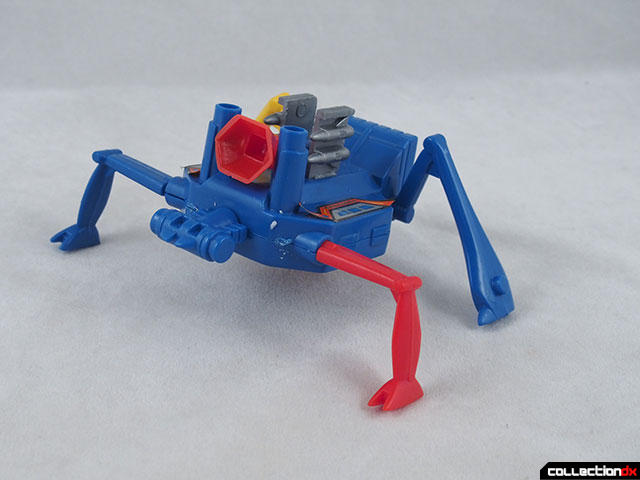 The B/O does not stand for body odor, but rather, Battery Operated. I never put the batteries in because I didn't want to burn my house down, but you'd assume that it rolls forward on the large rubber wheels. Well the wheels are for show, the actual moving wheels are underneath. And there's no lights, despite what the box says. 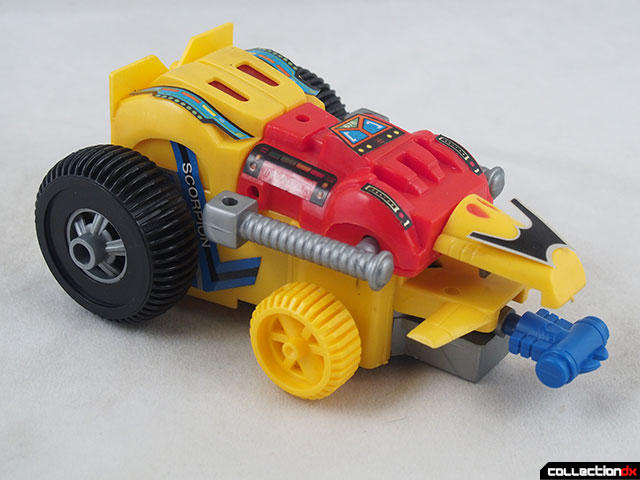 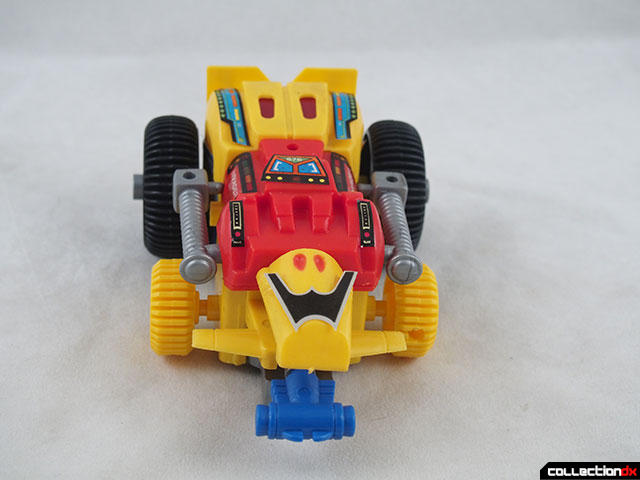 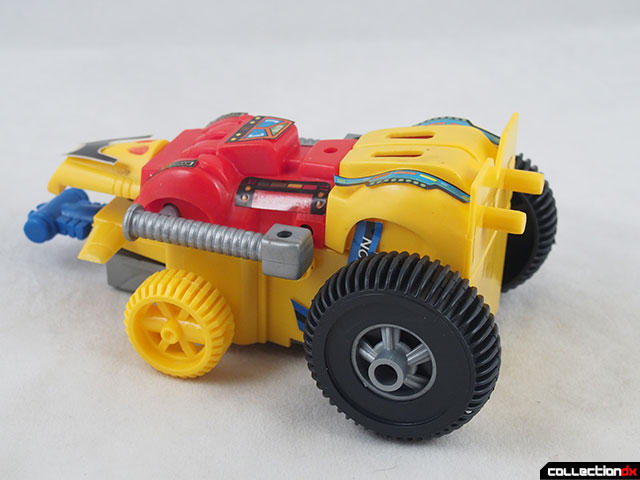 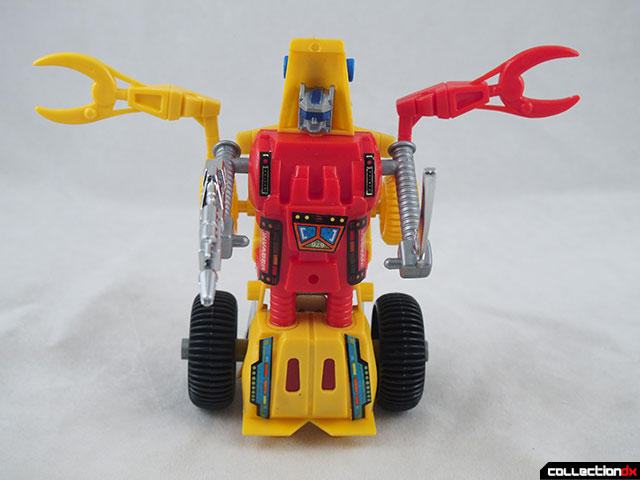 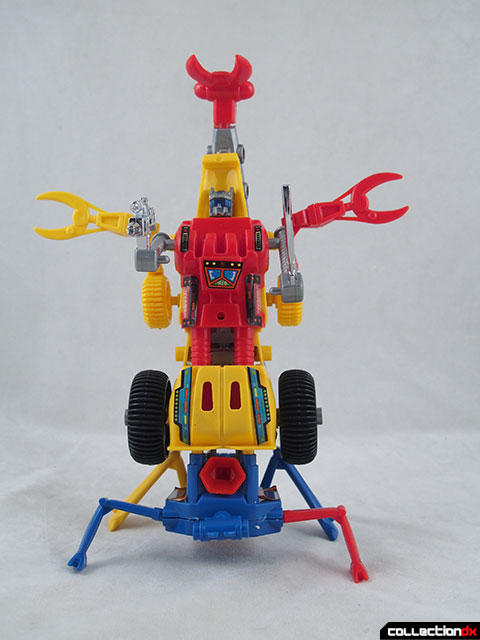 Note the gun from the G1 Jumpstarter (Topspin) 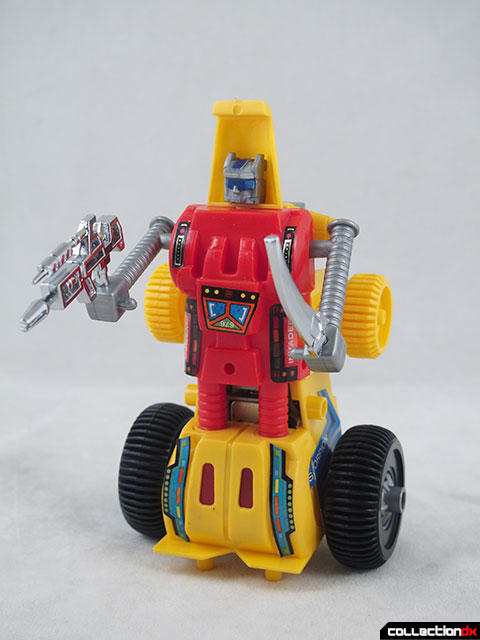 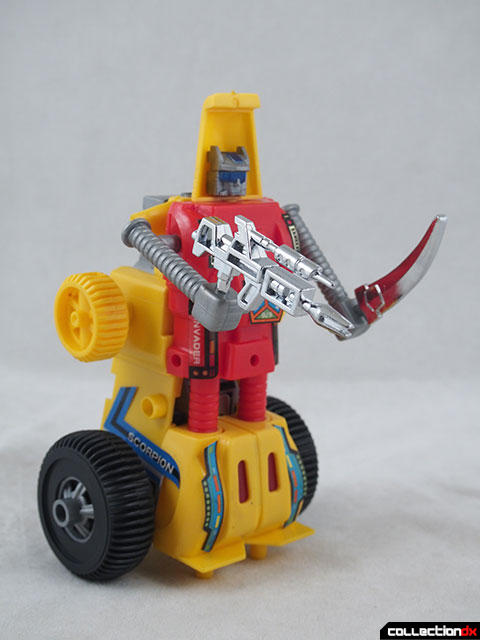 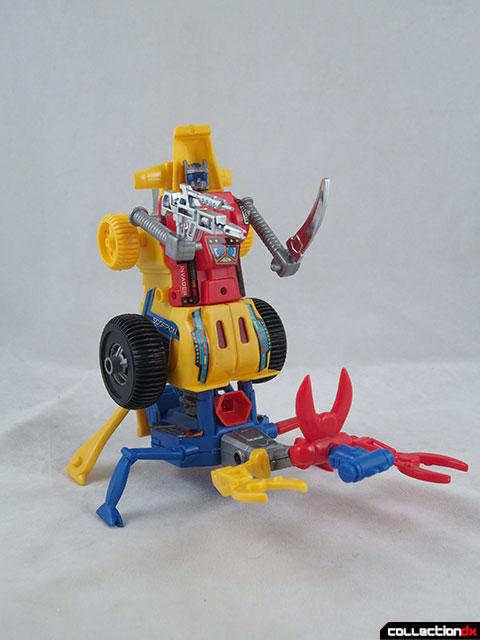 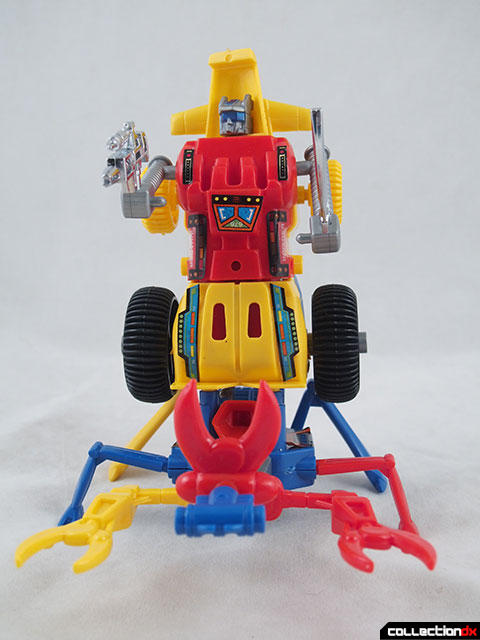 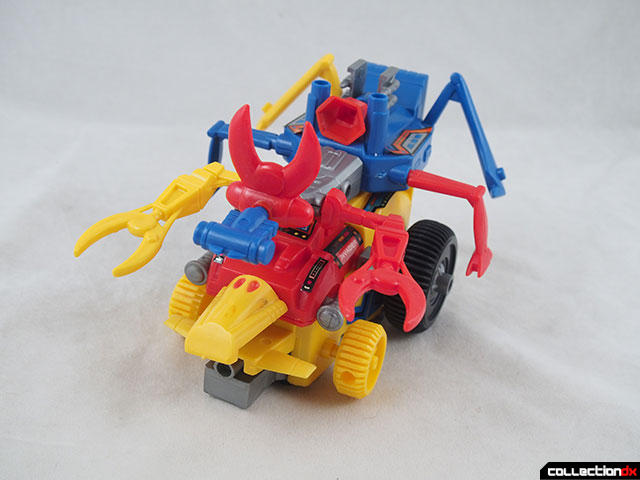 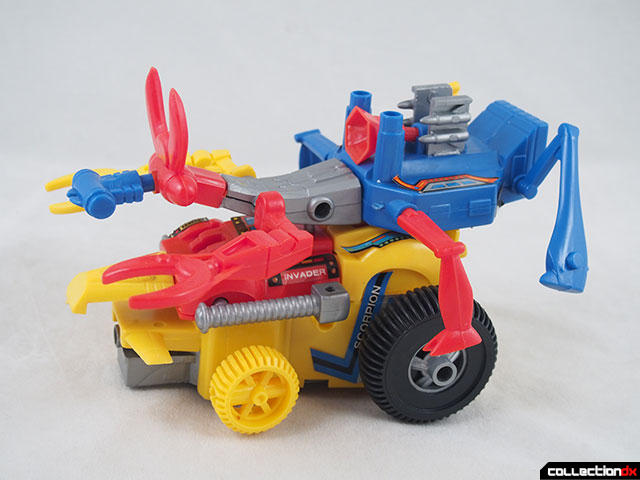 The only part shared between this and the Outer Space Mantis is that Jumpstarter gun. I think the Mantis is more interesting visually, and probably came out when Toy House had more cash. This one feels cheap in comparison.

Wow, that's a gloriously weird piece. And I knew I recognized that gun as soon as I saw it - it came with Transformers G1 Topspin, right? (Amazing what sticks with you after 30 years...)

Still here, just lurking while adjusting to fatherhood. Great review, vocabulary and all. My contribution: Magnificent! I've seen this thing around but never knew it was so good, or related to my beloved Outer Space Mantis.