The box is pretty big, with lots of goodies inside, the back of the box has lots of figure pictures part information and Japanese text I cannot read. 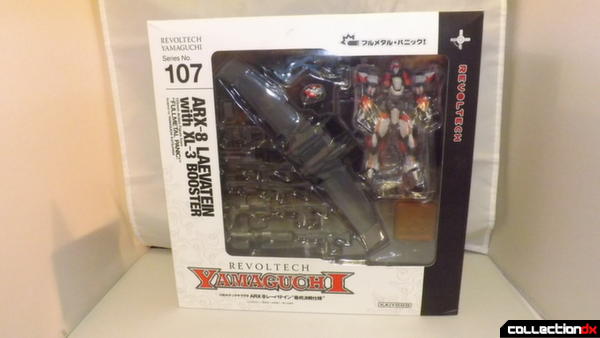 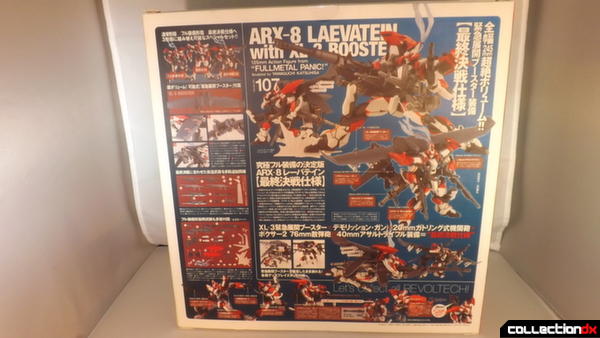 I'll quickly go over the figure as much of the things I can say have already been said in Josh's review.

The set comes with the Laevatein figure itself, standing around 5 inches with 17 lovely clicky Revoltech joints.

Nice detailing, excellent paintwork, and it's here I'll add I know nothing about this character or the show it's based. 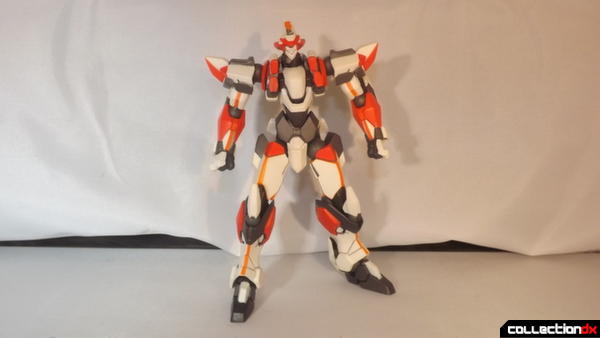 Now, the nuts of this review, the vast number of guns, blades and other accessories.
So, the XL-3 Booster, a massive flight pack with a 9 1/2 inch wingspan. 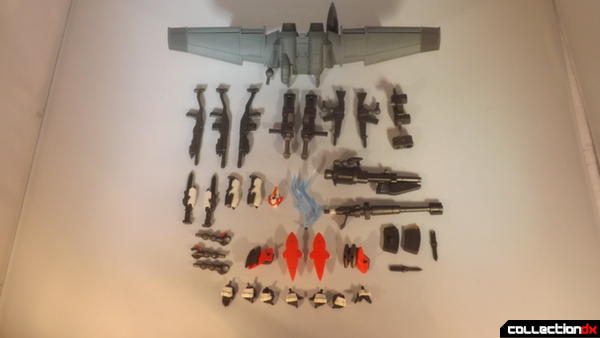 The robotic arms fit into the chest of the figure, simply remove the red chest pieces from each side and insert the arms, either arm can hold an "AS grenade".

The shoulder pieces replace the standard pointy ones and are called "Lamda Driver Cancelers". 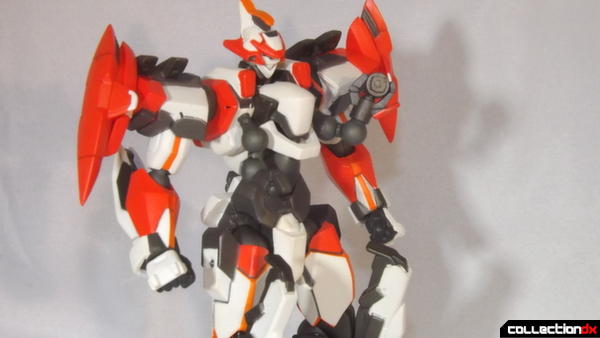 I've just discovered that the extra knee guards are the stored versions of the "monomolecular cutters", so this next picture might not make much sense to fans.

I took the pictures before writing the review. 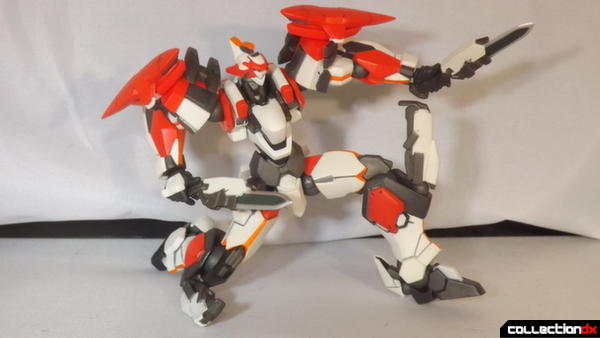 Those machine guns fit nicely into the same chest pegs as the robotic arms, I imagine giving the character more chance to punch things. 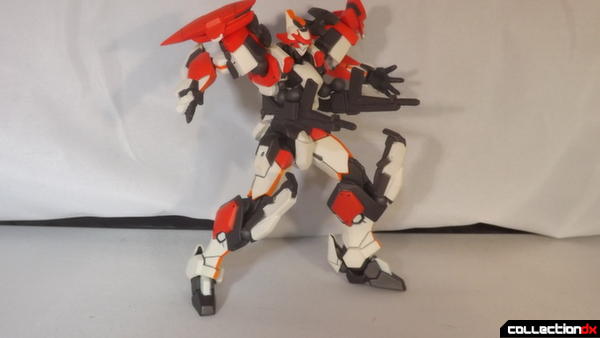 The mini-guns fit onto the hit attachment, which in turn attaches to the bumhole of the figure, each mini-gun is on a ball joint and can be posed individually. 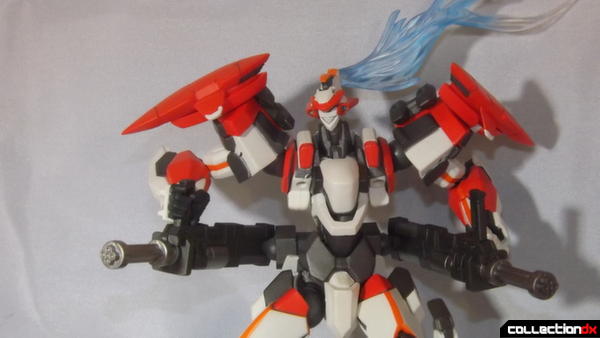 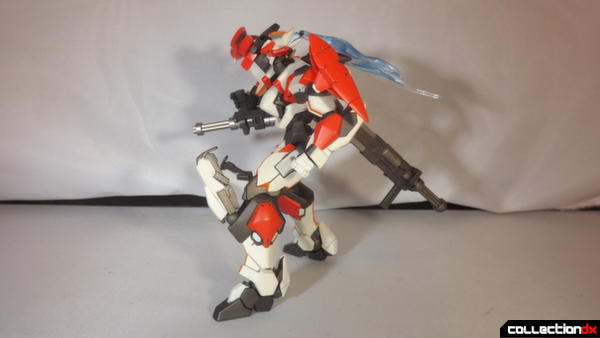 The demolition gun has two forms, normal and "super ridiculously big" (they possibly have better names, but I prefer mine).

To form the full weapon, the barrel of the normal gun with the "super ridiculously big" barrel.

For stability the back of the gun has a Revoltech attachment that pegs into the figure's shoulder. 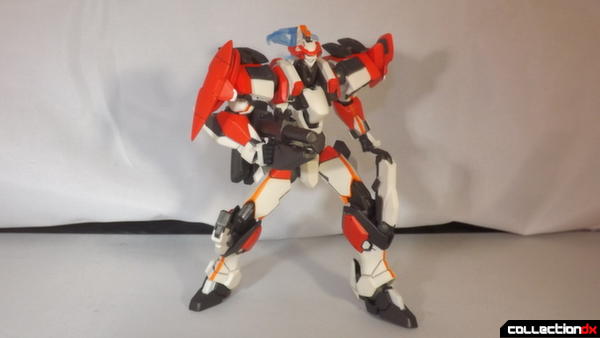 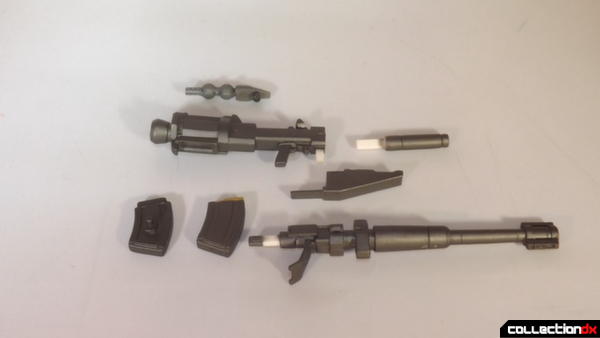 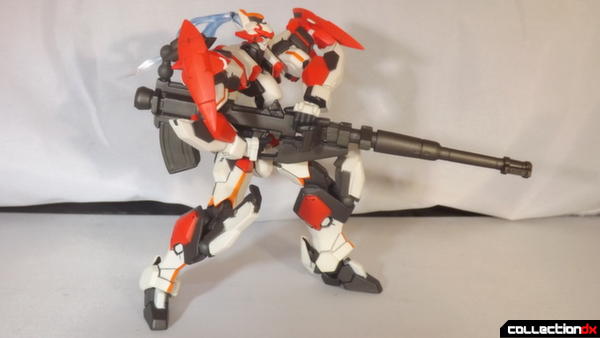 The Booster flight pack is so big, you need to attach the figure to the stand that comes with the set to maintain balance.

To attach remove the arms at the shoulder and place the booster over the back and shoulders, then re-attach the arms to hold it in place. 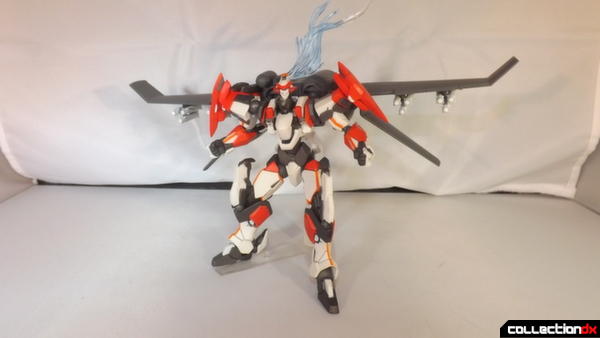 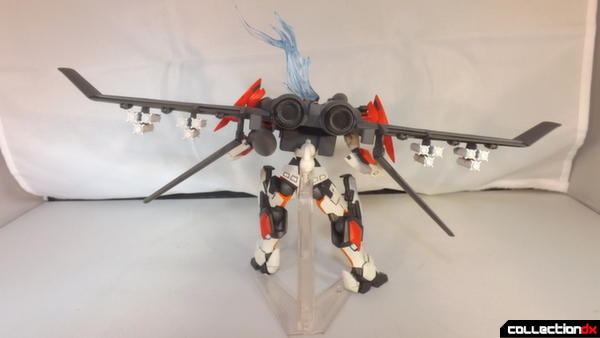 Oh and something about 12 missiles and some kind of bomb.

Also the demolition gun can attach to the underside of the right wing in storage mode. 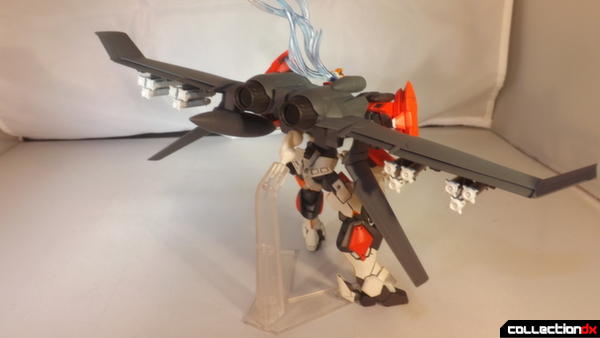 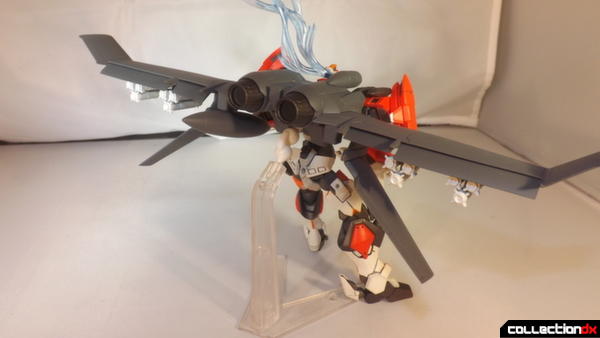 You can almost equip Laevatein with every weapon he comes with, for a "super mega gun cannon flying machine of ultra death" (again it's likely not the real name, I still prefer mine).

I hope fans can forgive my lack of knowledge about this figure, it's pretty kool, I like the design and the sheer insanity of weapon death. 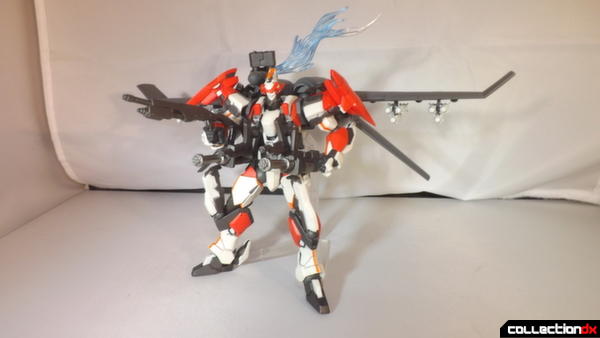 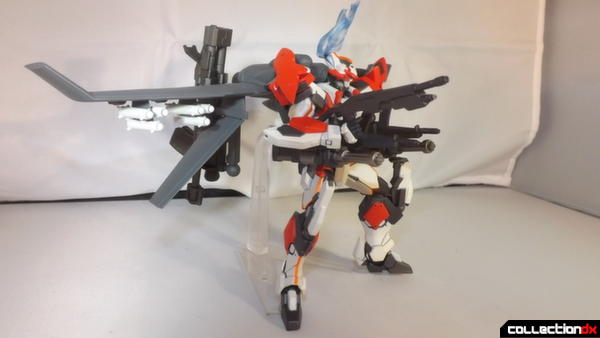 I am selling this figure if anyone is interested, its only been out of the box a few times, the longest was for this review.
Its on Ebay and i will ship to anywhere as long the shipping is paid by the buyer, thank you please.