If you grabbed a Super Robot Chogokin you may have noticed there was no Jet Scrander included. Well, for one reason or another Bandai decided not to include it in the initial release but in a Mazinger Weapon Set available separately. 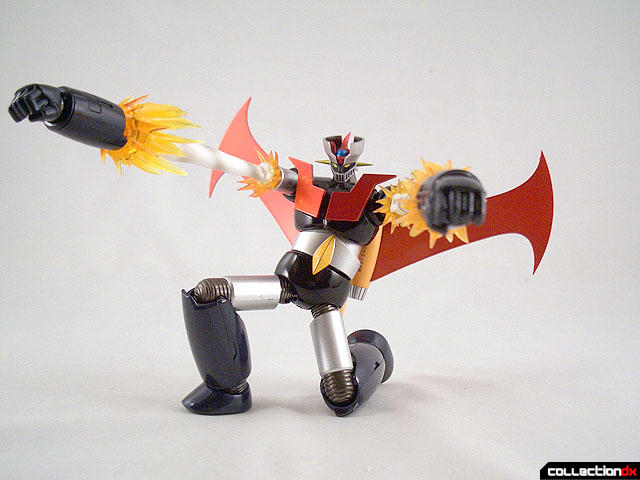 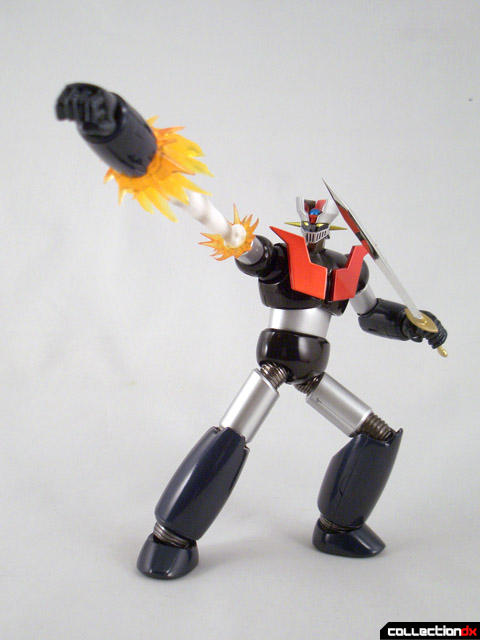 The good news is you get some other awesome accessories for about $10 bucks. 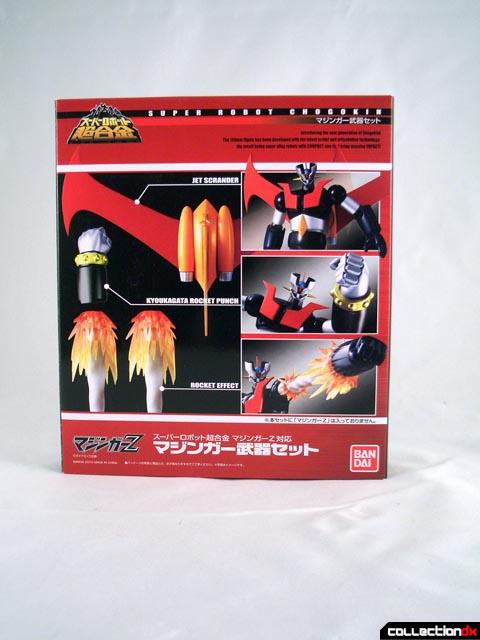 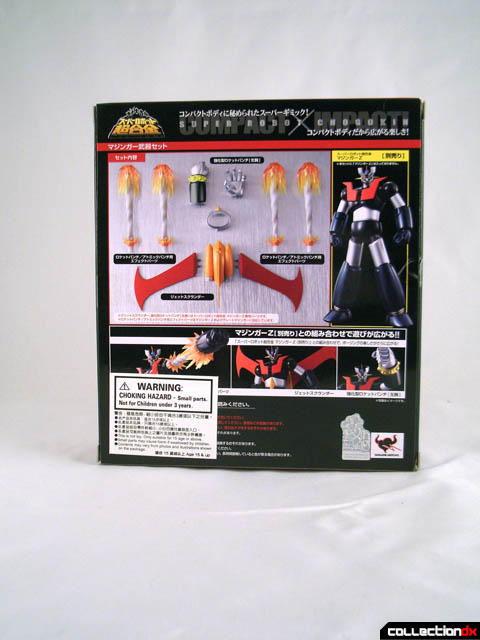 The package is similar to the Mazinger release, just a bit thinner and less dynamic artwork. Inside all the parts and pieces are stored in a clear vacuum-formed tray. 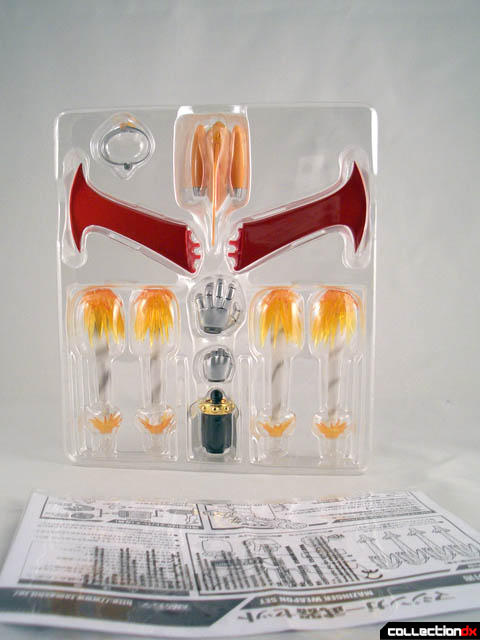 Included in the set are: 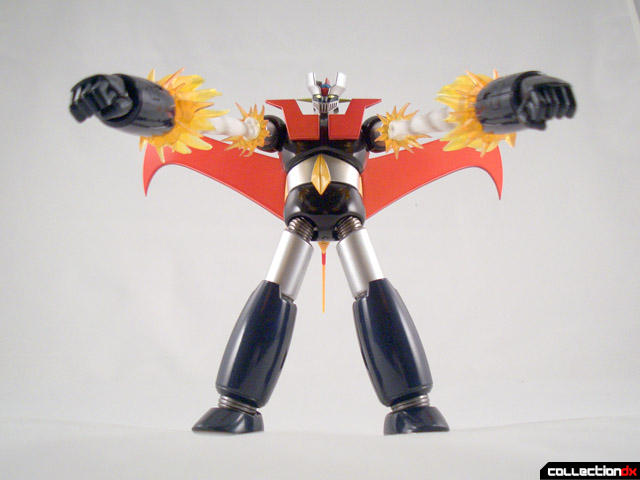 The 4 included smoke trails are enough to deck out Mazinger and (if you have it) Great Mazinger with the rocket punch effect. The arm separates right above the elbow joint allowing you to plug in the smoking trail effect which fits very securely. 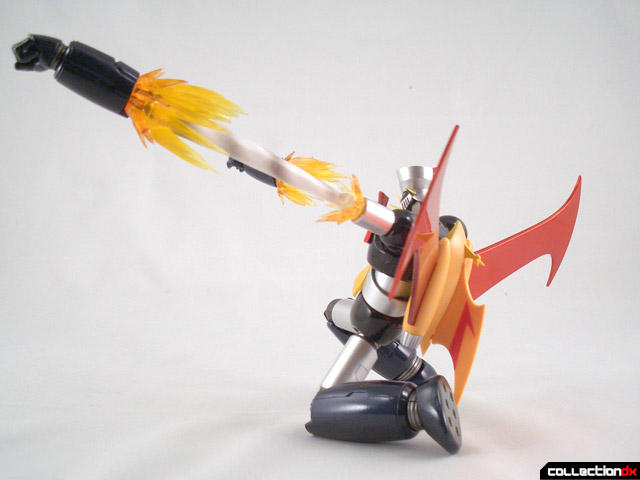 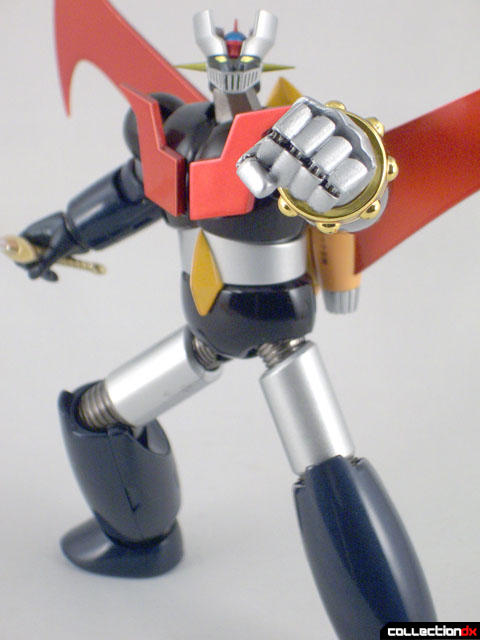 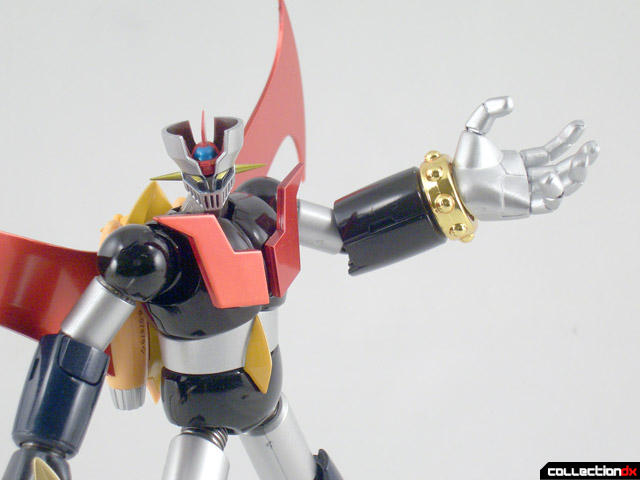 The included Jet Scrander is a nice, solid accessory. The jets on the side do slide forward and back while the wings clip in allowing you to remove and readjust them for flight mode. The waist clip is made of soft PVC and wraps around and clips onto itself to lock into place. It doesn't attach directly to the Jet Scrander leaving you a wider range of motion around the waist with it on. A good decision in my opinion. 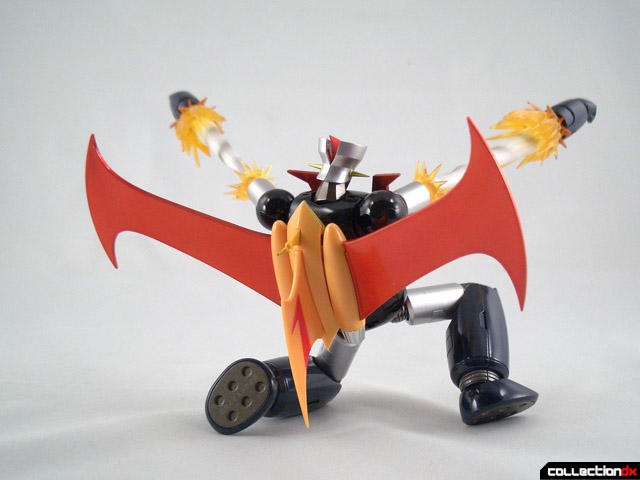 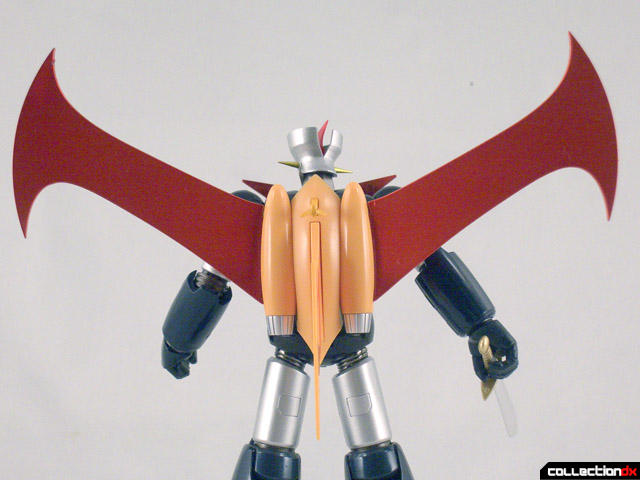 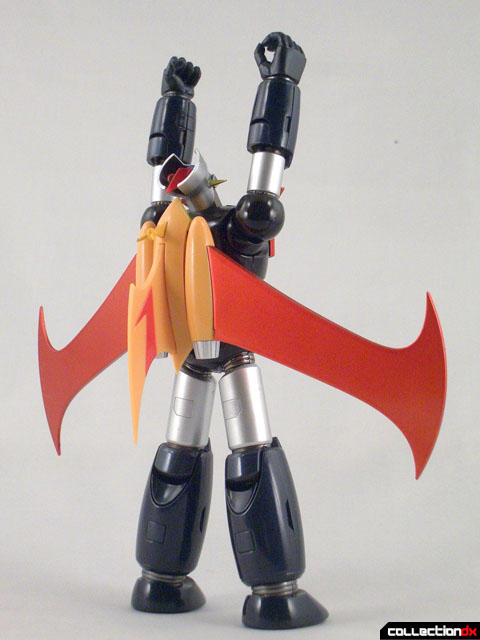 I'd normally give Bandai a harder time over not including these accessories in the initial release but Mazinger Z is cheaper than other Super Robot Chogokin releases so even when you combine the cost of the figure and accessory pack it comes out cheaper than the larger SOC release and other SRC releases, leaving it up to the collector if they want extra parts and pieces without forcing the costs on everyone. 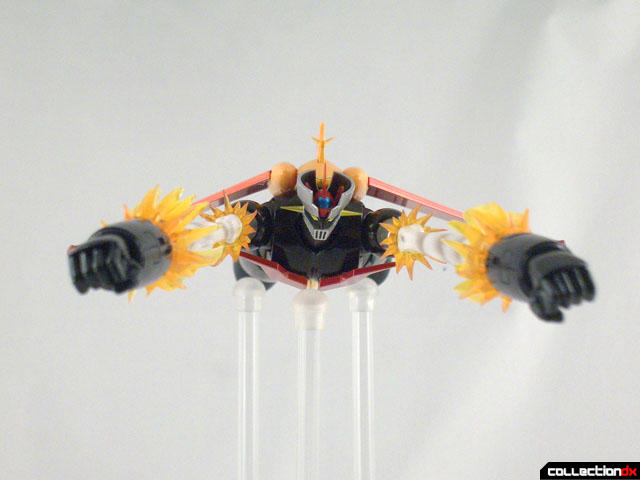 If you’re getting a Mazinger Z you should also order a Mazinger Weapon Set and get some cool rocket punch action! 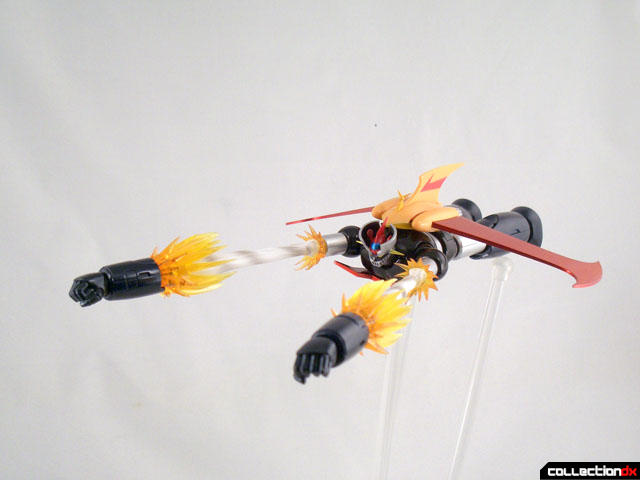 7 comments posted
In my opinion, I think the

In my opinion, I think the smoke effect is a lot better than the actual firing gimmick . Because you can take pictures of them flying and not bother with stands and Photoshop effects.

If it's going to be another set, let's hope they include the Missile Punch with them and by chance the Southern Cross Knives.

Yeah there's gonna be another weapons set, it will include the Drill Missiles and Iron Cutter accessories but also the Great Booster for Great Mazinger.

These rocket punches? Yes, worth it.

A big thanks to Atom for an awesome review and to SHINOBI-03 for putting up the link to the pic showcasing the upcoming Iron Cutter and Missile drill accessory packs. I'm loving this new line and hope other popular robots will also make the transition, lets keep our fingers crossed for Super Robot Chogokin Grendiezer and Getter Robos !

Great pics of a really cool little set. I think having the accessories separate AND widely available like this is pretty sweet. The rocket punch effects look amazing.

I wonder, are the trail parts compatible with SRC GaoGaiGar?