Saber (セイバ) is the first figure to be released as part of the new Revoltech 2G line. This line branches off from the original line by showcasing different styles of characters and different sculptors.

This articulated figure comes from the Japanese video game “Fate/stay night (フェイト／ステイナイト)”. I’ve never played this game, so I don’t have the first clue as to what it is about. Even after reading the Wikipedia entry, I am still clueless. However, Saber is a fan favorite character, with legions of otaku in love with the character. 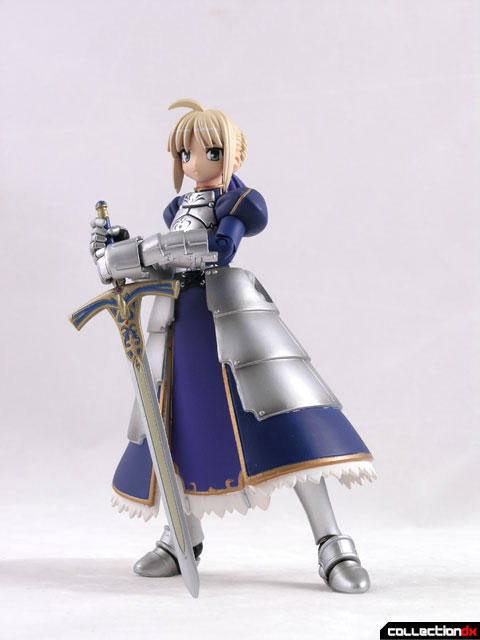 The beautiful sculpt is provided by Tomohide "eyewater" Enoki. This makes Saber the first Revoltech figure NOT sculpted by Yamaguchi. The figure looks as if it just leapt off of the screen. The face is smooth and beautiful, while the armor looks worn like real metal. 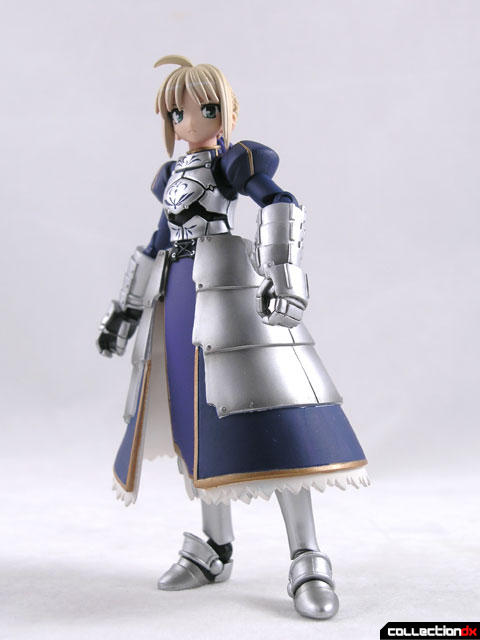 In keeping with the theme of the Revoltech series, the figure is incredibly articulated. When I first saw pictures of this toy, I saw that the elbow joints were not Revoltech joints. I was concerned that these 2G figures use fewer Revoltech joints. Thankfully this is not the case. Saber has 14 Revoltech joints and 20 points of articulation. The joints are hidden well so it still looks like a regular action figure. One of the innovative uses of the new double Revoltech joints can be seen on the waist skirts. 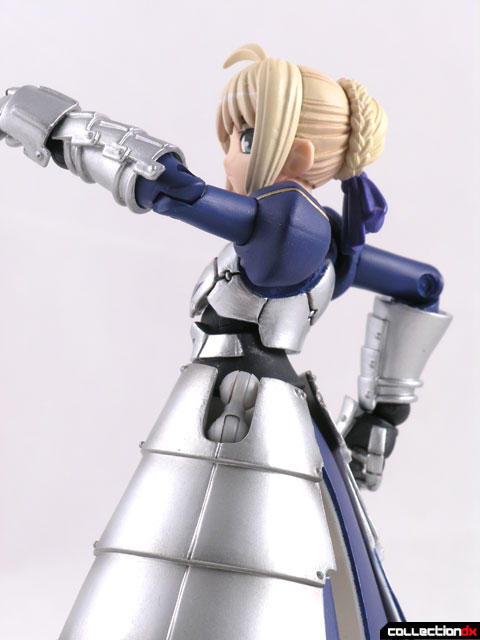 Possibly another theme with the 2G line is that Saber comes with few accessories. Include are two swords and a display stand. One sword (Excalibur) is fully painted and the Caliburn sword is transparent. The hilts of the swords are long enough to be held by both hands. 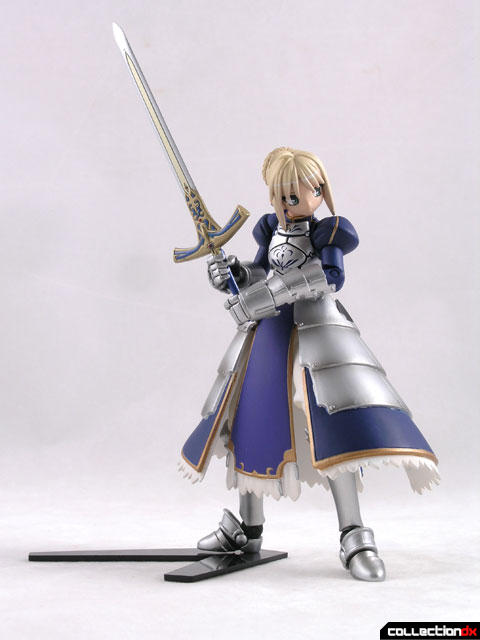 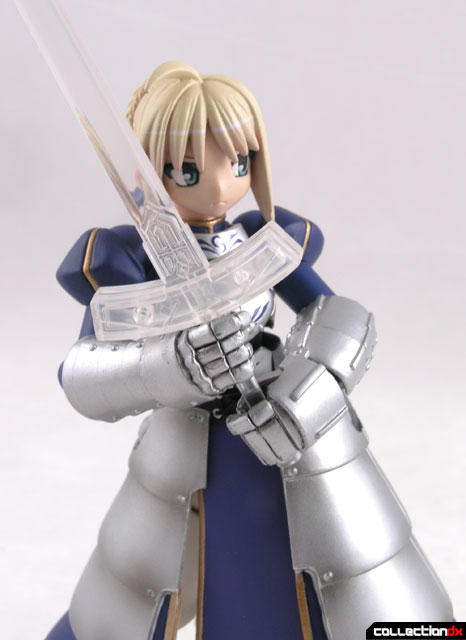 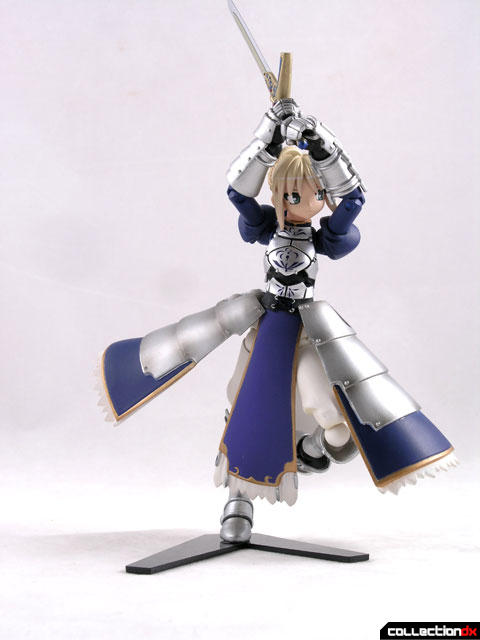 This is a really great action figure. It manages to be cute, but you don’t have to feel like a perv buying it. Saber is available now at HobbyLink Japan. Be aware that this figure costs a little bit more than the standard Revoltech figures, but for a figure of this quality it is worth it. 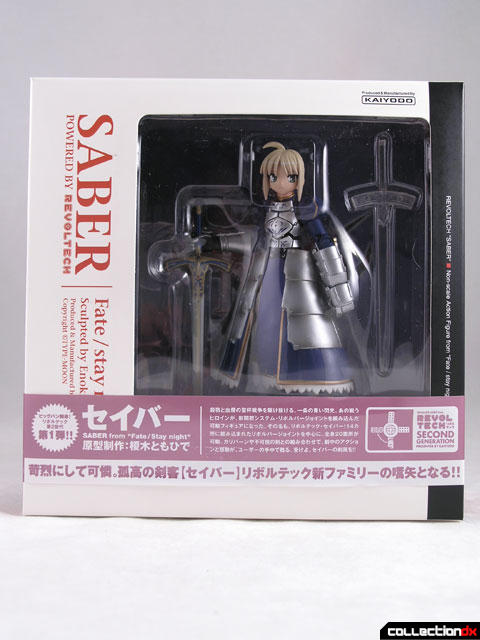 Okay, if you're a perfectionist, you'd realize that that chest armor is a little imperfect (metal color seems to be uneven and 'smudged' a little) compared to Saber Alter. I was wondering if anyone has the same problem? I saw from the picture that it has the similar defects as well.

I too was stand corrected with the swords, at first I thought that the well designed sword was Excalibur, but it was in fact Calibun,the sword that chose the next King. It was when I vaguely translated the accessories included in behind the box.

Though I do think Calibun is much better designed than that of Excalibur. Guess you can't count value just by the looks ne?

Excalibur, however, is a sword meant to be carried into battle. I doubt that Arthur's enemies would care about seeing intricate gold inlays and inset gems on the sword that was being pushed through their stomachs.