Taito brings us some UFO catcher prize toys of Raideen for only 1,500 yen! 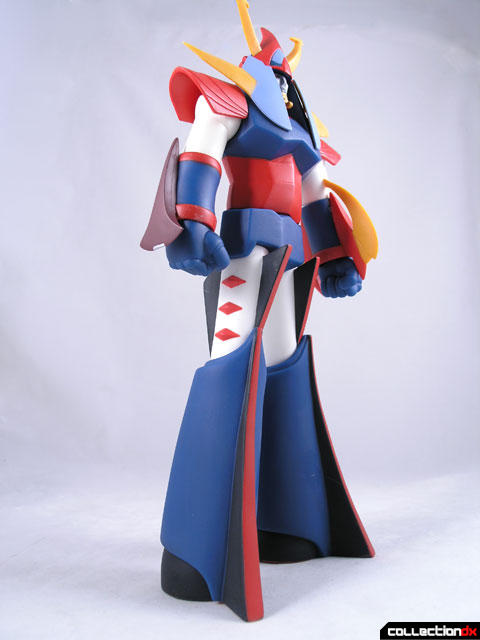 Seemingly out of nowhere, Taito blasts on the radar of toy collectors with its Super Mechanics line of ships and Super Robonics line of Robot toys. Crazy. 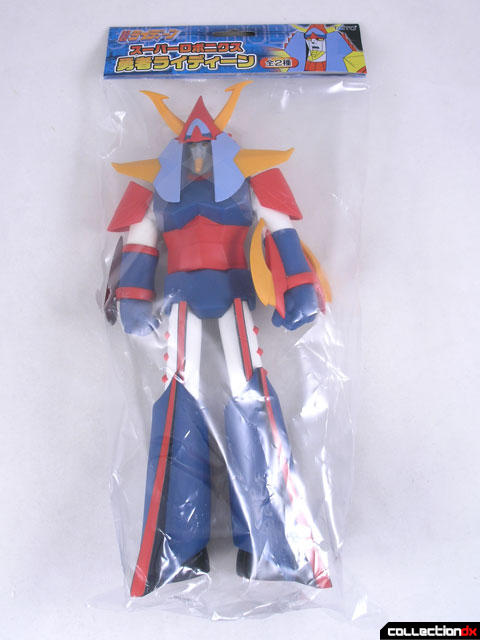 This Raideen is a prize toy - meaning it isn't sold at retail, you have to win one by plunking down cash until you can grab one in the crane game. However, its not uncommon for these to be offered for sale on-line or in second hand shops all over Tokyo. 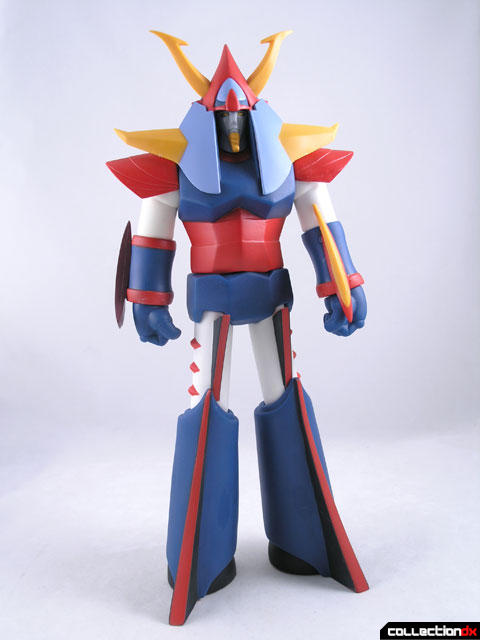 Raideen is just under a foot tall - 30cm and is made out of soft vinyl. He has swivel joints at the knees, waist, hands, elbows and shoulders. The shoulder pads also move. 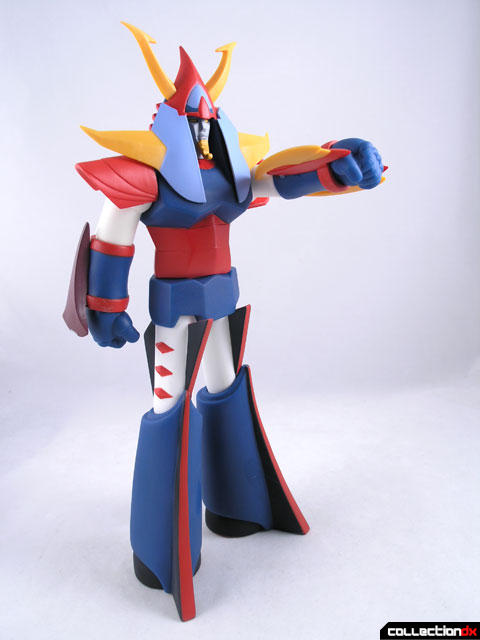 Raideen's face plates are removable and repositionable so you can simulate "God Bird" mode... sort of. 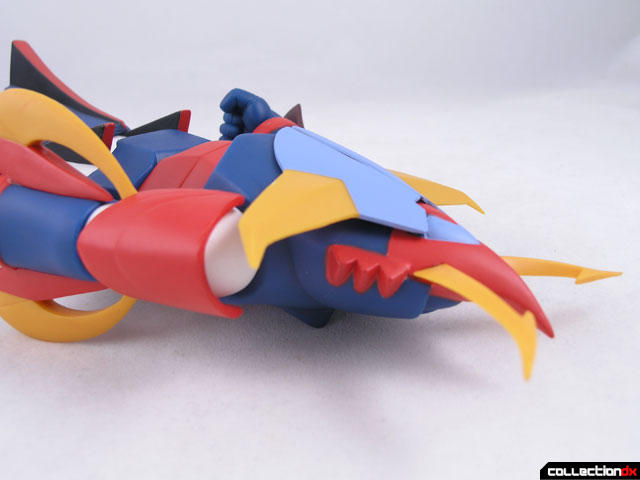 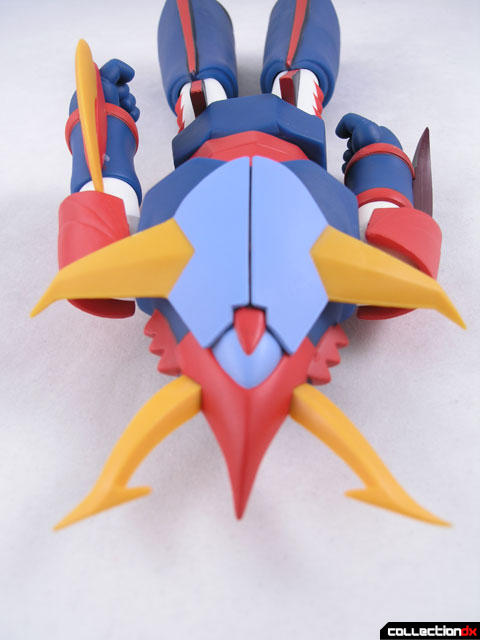 Word has it that a lot of these have QC issues, such as glue drips and fingerprints, but you have to remember that these cost about $15 each which is pretty amazing if you ask me.

Taito also released an all black version of this Raideen.

Heh, after getting this Raideen, and the black one, I find this review I had forgotten you did. Cool! I love digging around here for items I find still on shelves at stores near me. The same store , Mugentoys.com, in Poughkeepsie, NY, has other cool Taito crane prize overstocks, such as the Captain Harlock ship, and the zepplin ship thingy. All for $25 each. Maybe the Yamato too if anyones looking for 'em. Thanks again for this review library!

I bought this toy from Yahoo Japan via a middleman. The toy is a masterpiece. When considering the amount of anime-accurate detail and the incredibly cheap price, I prefer this to its plastic model counterpart. A must-have for super robot fans.