Bandai's Mecha-King Ghidorah is another entry into the Movie Monster line of Soft Vinyl toys. These things are horribly addicting. 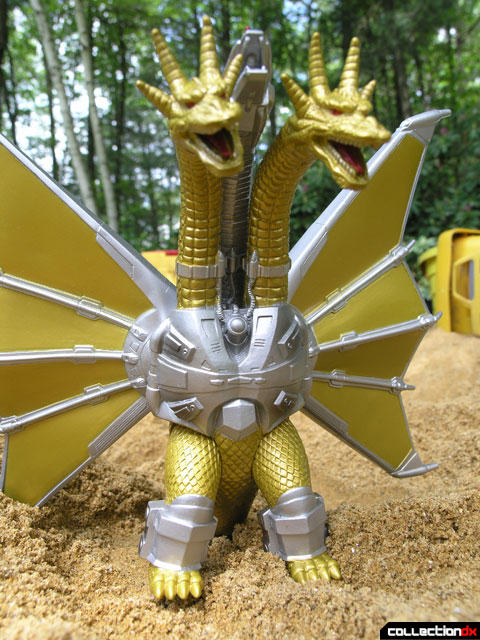 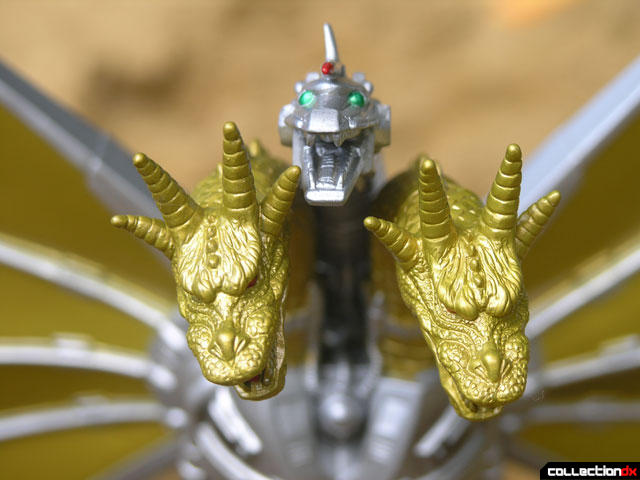 This all happens in 1991's Godzilla VS Kingghidorah (ゴジラVSキングギドラ), the 18th Godzilla film, third in the Hesei Series. The movie is one of my least favorite Godzilla movies, in fact the whole Hesei series doesnt do much for me. However - this is MECHA King Ghidorah, and anything with mecha in it is pretty damn cool. 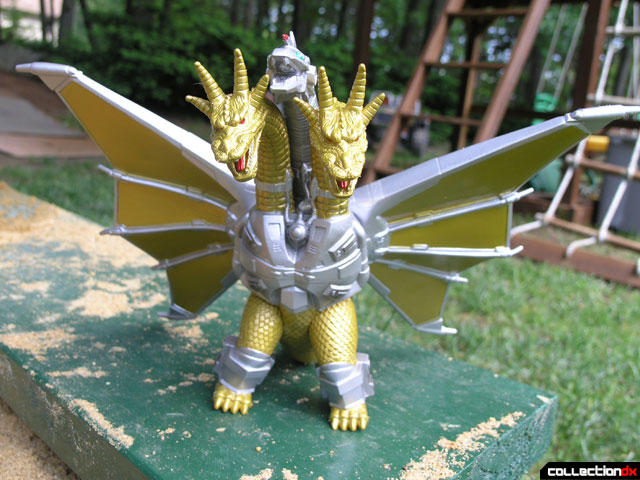 This soft vinyl toy features moveable legs and wings. The three heads are nicely detailed, but do not move. The toy is sold with a hanger and a card.

The toy is molded in gold vinyl with silver and red paint applications. He's an imposing figure, but like all vinyl figures, it doesn't do much. 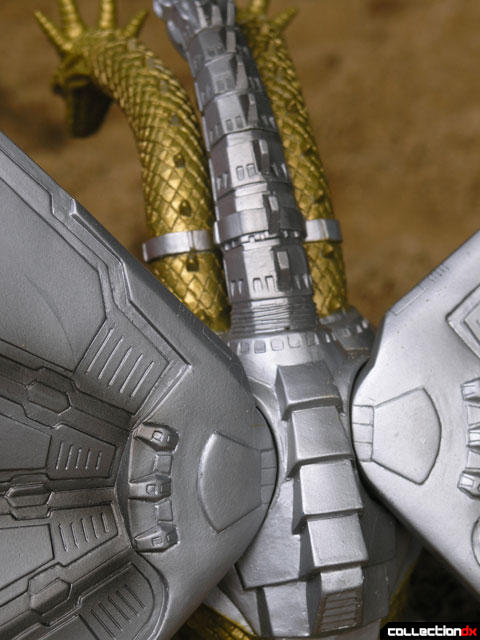 JustinB thinks Mecha-King Ghidora is the best thing ever. 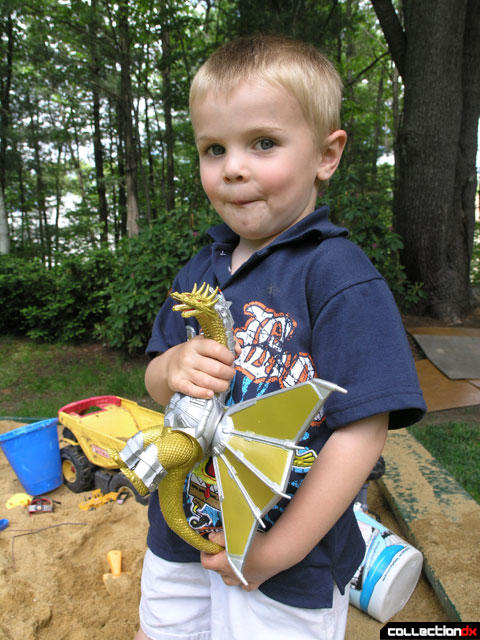 2 comments posted
For some reason, the idea of

For some reason, the idea of a Mecha King Ghidorah never really appealed to me. It just seems lazy, like instead of coming up with a new kaiju they just decided to mash together the two most popular ones. Which is weird because the King Ghidorah/Mothra mashup in GMK blew me away, no matter how wrong it was... lol .. . Still, I should get this someday....

Mecha-King G was always one of my favorite ridiculous Godzilla baddies... good looking vinyl, but it's still just a vinyl.