The GX-08 Aphrodai A (commonly known as Aphrodite) is the first of four female robots to be introduced into the Soul of Chogokin line. She features a fair amount of diecast, incredible articulation, and best of all, breast missiles. 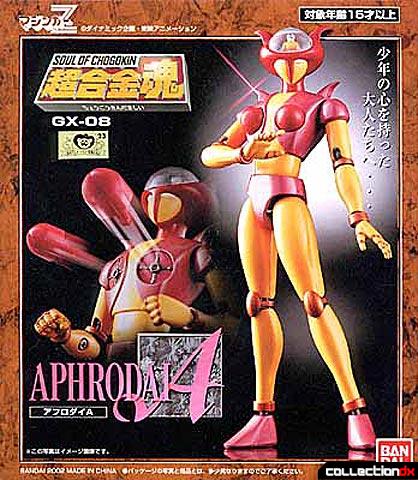 Aphrodai A comes with 4 sets of breast missiles: small size (2 sets), large size, and a set to give the impression that she is out of missiles. The large set can be attached to long missile bodies that can be held by Mazinger Z. All accessories store on the base. The base also includes a stand that attaches to Aphrodais' waist to make sure she doesn't topple over. 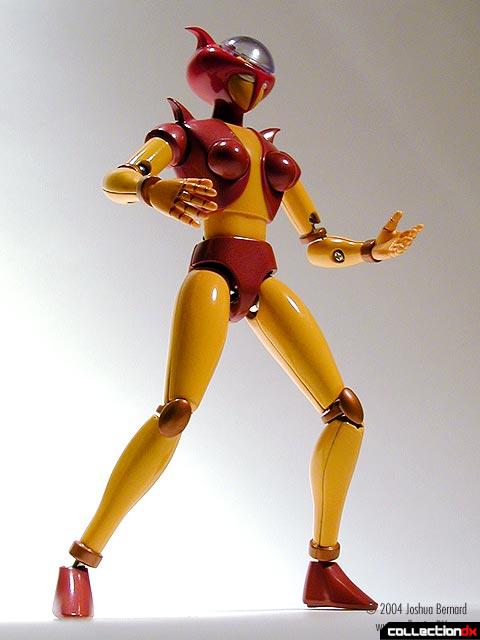 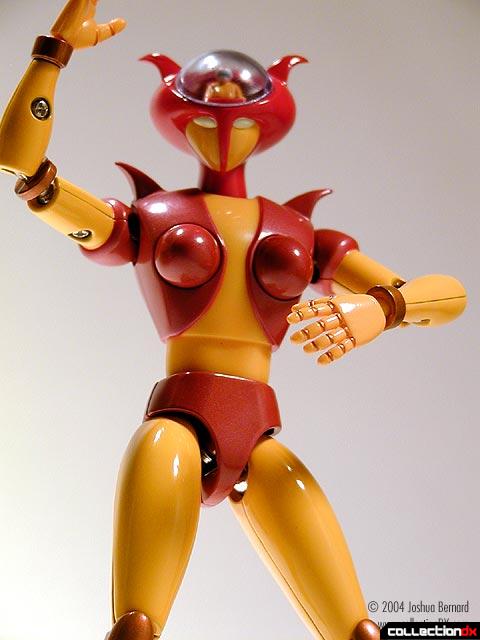 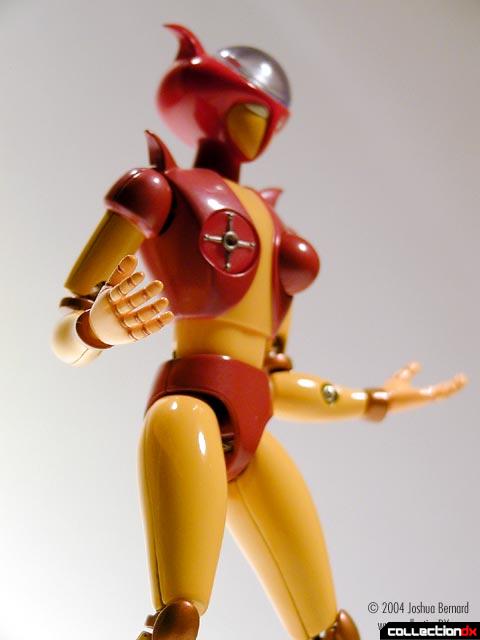 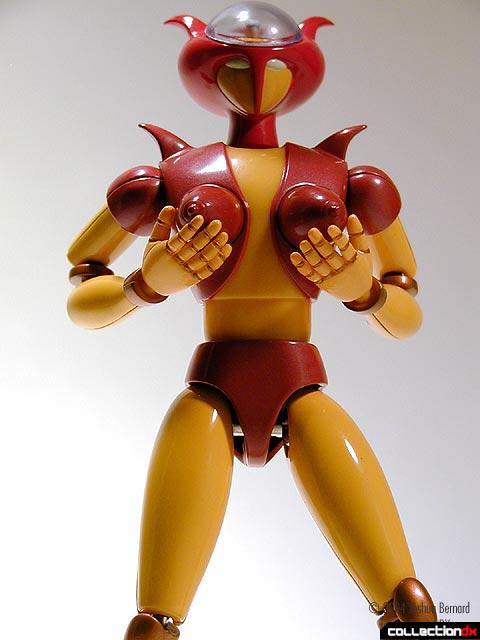 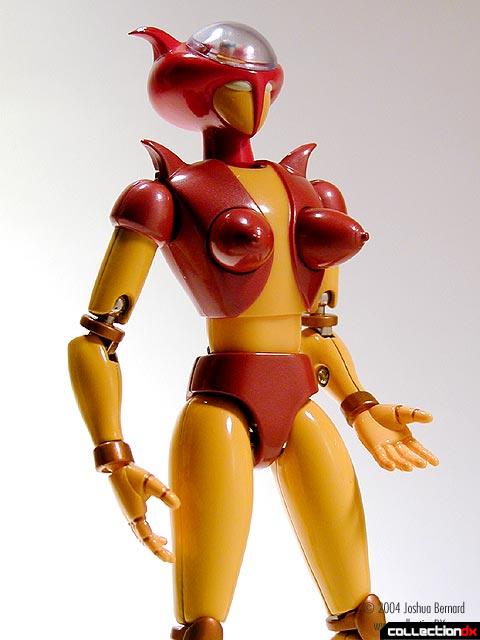 Aphrodai A is a great toy, but she is not without flaws. Metal joints touch other metal which can result in scratched paint. The clear dome on her head falls off easily. Bandai also did not include any variant hands. Still, she is a great toy and looks great with the other Mazinger SOCs. 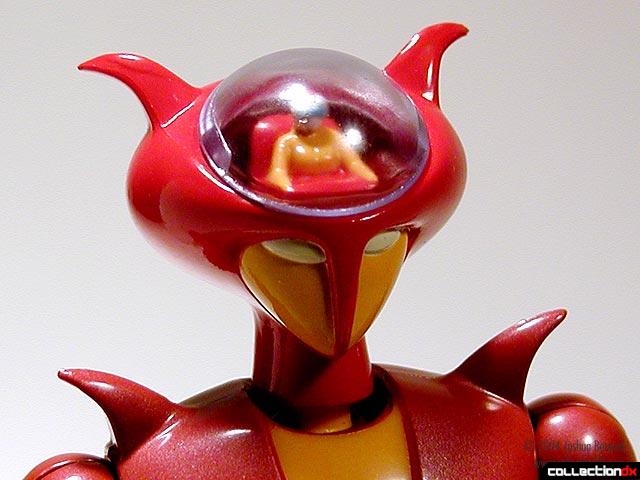 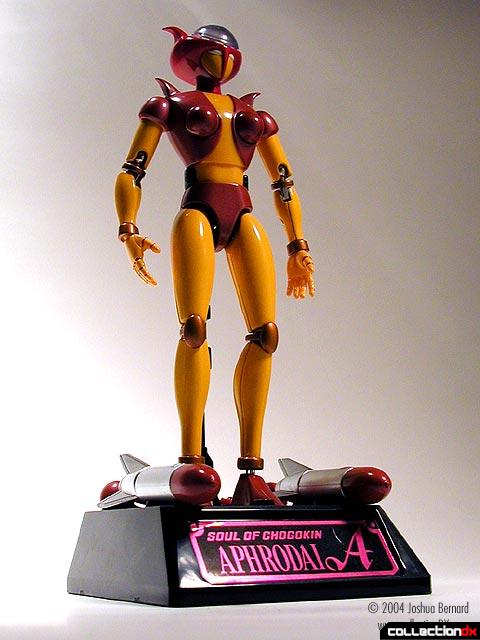 In 2004, Bandai is releasing a new version of Aphrodai A, GX-08a, from the Mazinger Angels series.

Picked up one of these in Japan, very nice and great to have one in my collection!

This is definitely the best diecast rendition of Aphrodai A so far.

Why does she have fists on the box cover then?