This is a reissue of the Magnemo Jeeg toy that was originally released in 1975 by Takara.

Jeeg comes from the show Kotetsu Jeeg (or Steel Jeeg). Steel Jeeg (鋼鉄ジーグ in kanji, transliterated as Kotetsu Jeeg in romaji) is an anime series created by manga artists Go Nagai and Tatsuya Yasuda, and produced by Toei Animation. It was first broadcast on Japanese TV in 1975. The series lasted for 46 episodes. Steel Jeeg also ran as a manga in several children's publications. (wikipedia)

The toy itself is a faithful reproduction of the original.

Jeeg is largely a plastic robot, with magnetic joints. The head, arms and legs are all attached my magnets. You can swap the joints around to create unique combinations. There are also metal joints in at the elbows and knees.

The toy comes with a bunch of accessories including 2 launching fists, a stomach missile, a back missile assembly with 2 red missiles, and 2 magnetic connector joints. The connector joints can be used to connect the missiles and launchers to the legs or arms.

The toy is reasonably solid, but it seems like the magnetic joints are not strong enough to support the toy's weight. It is a chore to get the toy to stand up straight, especially with the back assembly attached. Perhaps if the toy had ankle joints, it would pose a little better. I don't own the original to compare the two versions.

Jeeg is an OK toy at best. The reissue is a great deal for someone interested in acquiring the original but turned off by the high price. 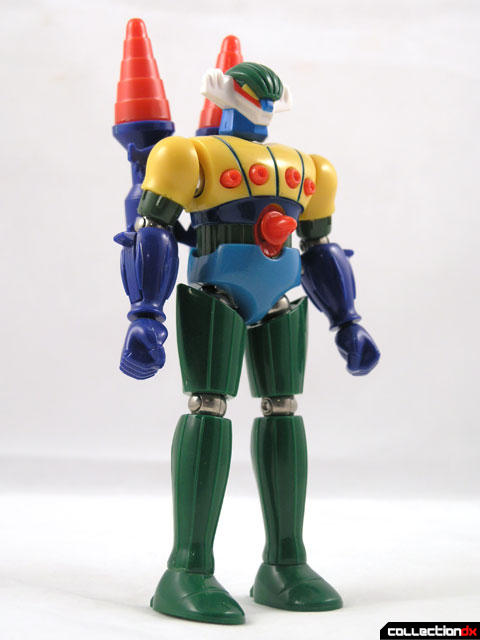 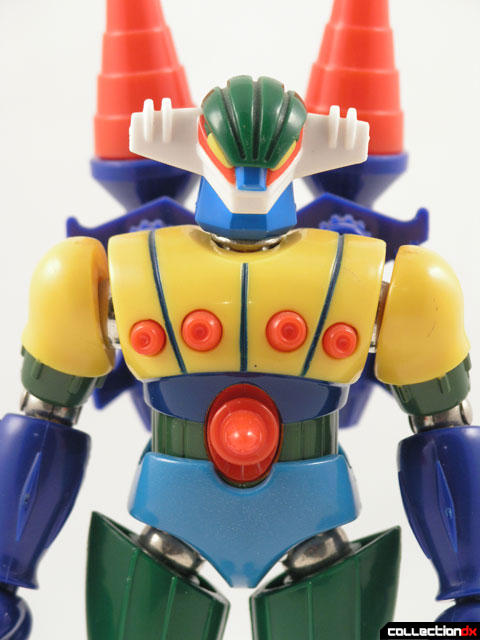 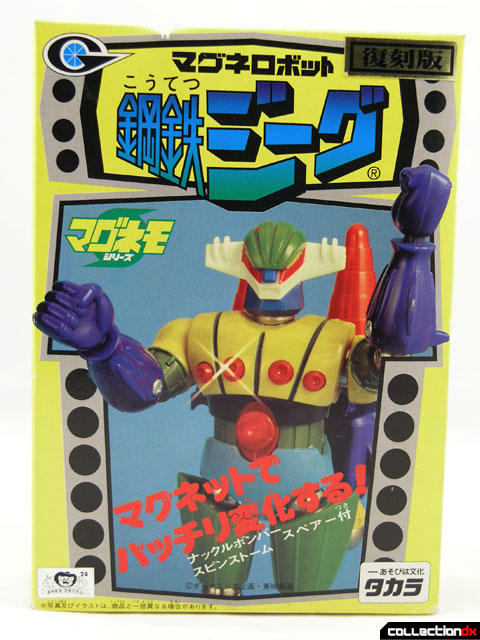 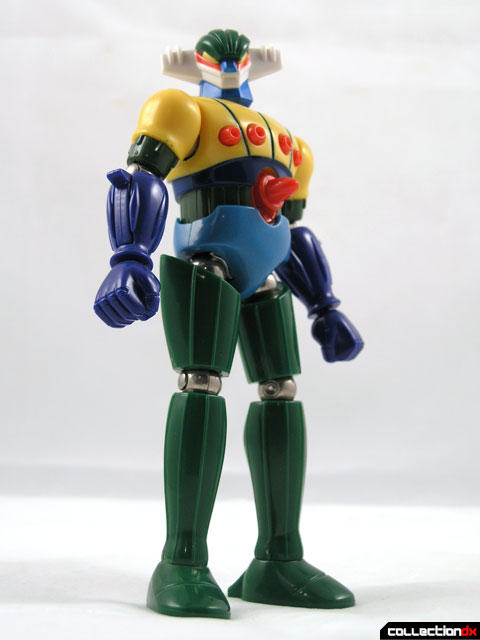 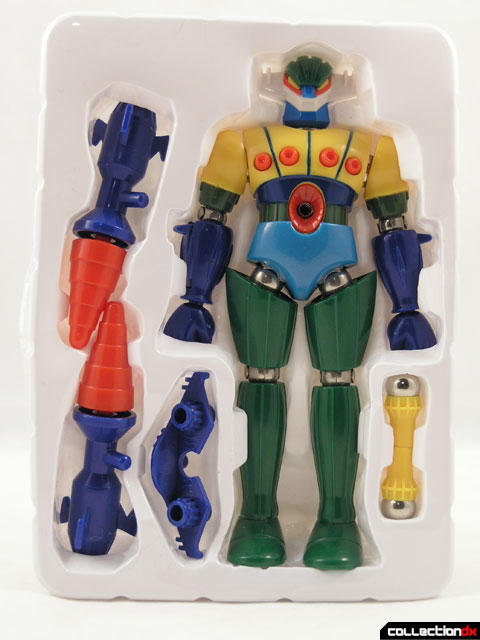 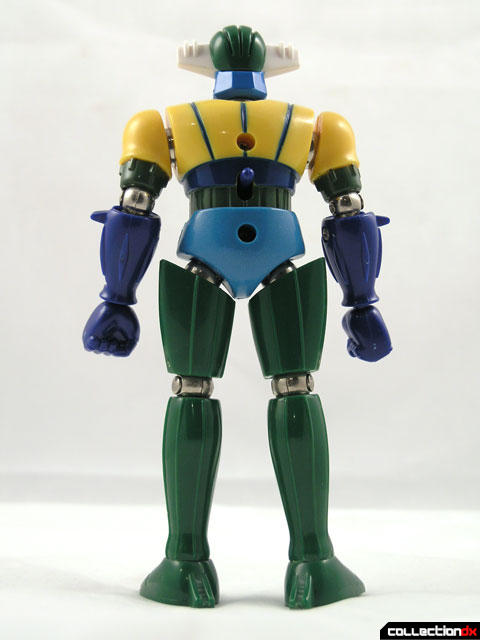 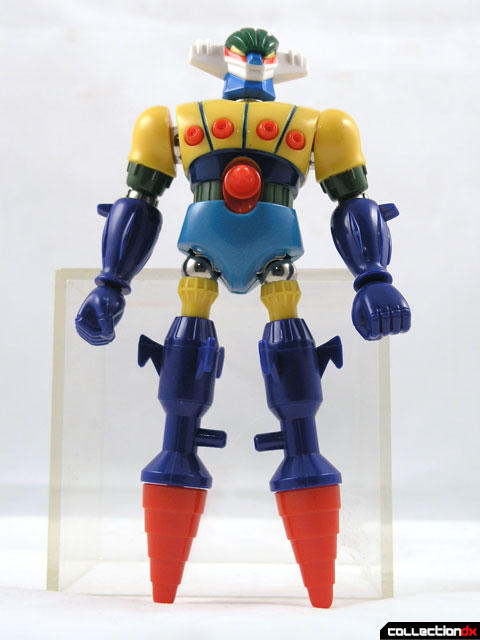 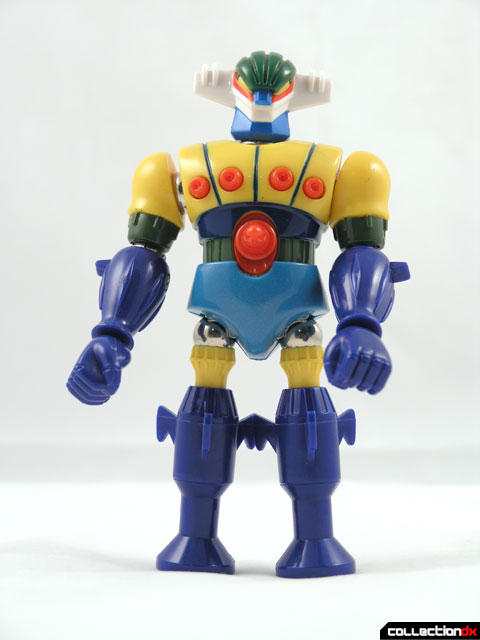 2 comments posted
Differences from the original?

I know that when comparing the reissue and the original, the original big drill missiles are much sharper. The holes in the soles of the feet (for connecting to the Big Shooter) might be different, too. Does anyone have a complete list of differences?

You are right about the drills. My guess is they were rounded off in the reissue for safety reasons.