Even though we have had a ton of Getter robots reviewed here on CDX, we've really not talked much about the relevance of Getter Robo. Getter Robo is one of the Super Robot Icons.

Alongside Mazinger Z and Great Mazinger, Getter Robo fought on the airwaves of Japanese television in the early 70s. It had the fortune of being part of the massive merchandising wave that accompanied the shows of those days. It was like Toei had a direct link to what every 5 year old boy in 1974 wanted. 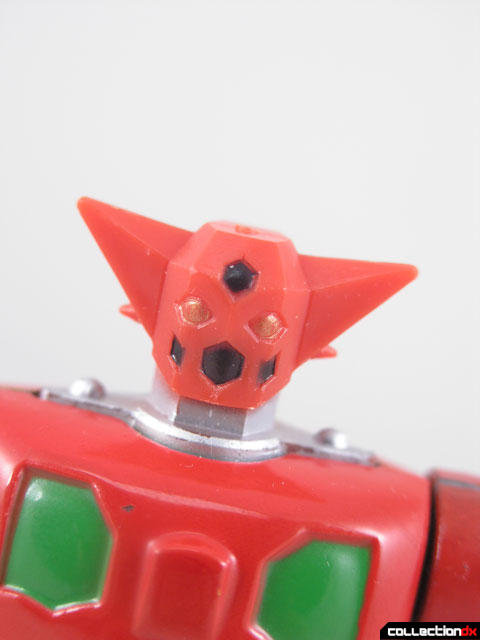 Getter Robo is important for many reasons, but largely because it was the first series to feature a combining robot. Getter Robo is a robot made by the combination of three ships - Getter Jaguar, Getter Bear and Getter Eagle. Depending on which order they combined, you got a different Getter Robo - Getter 1, 2, and 3. All three Getters got toys, but Getter 1 was by far the most popular, and the one who always finished the bad guy in the end. 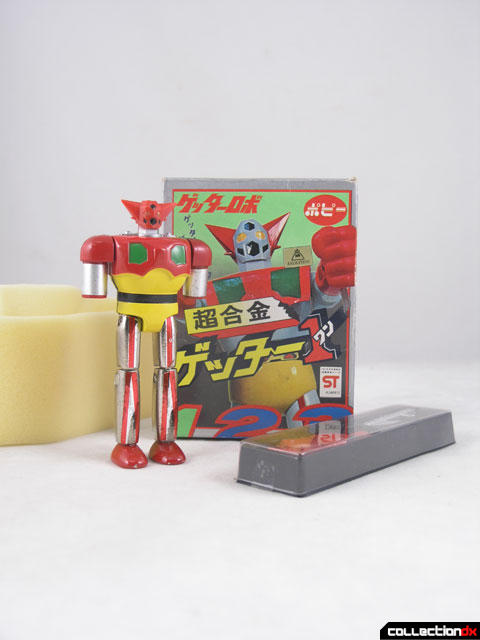 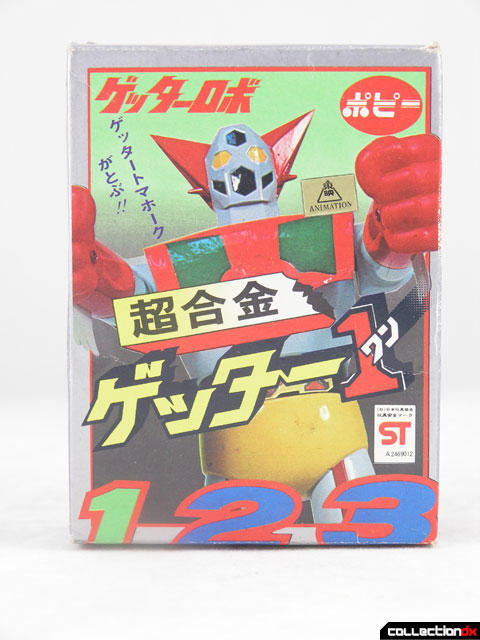 The Chogokin line of toys was launched with the GA-01, Mazinger Z. The figure was a runaway success, so naturally, other toys in the line would follow, and the next up was GA-02, Getter 1. The toy was a full on chogokin - die cast metal and full of firing gimmicks. 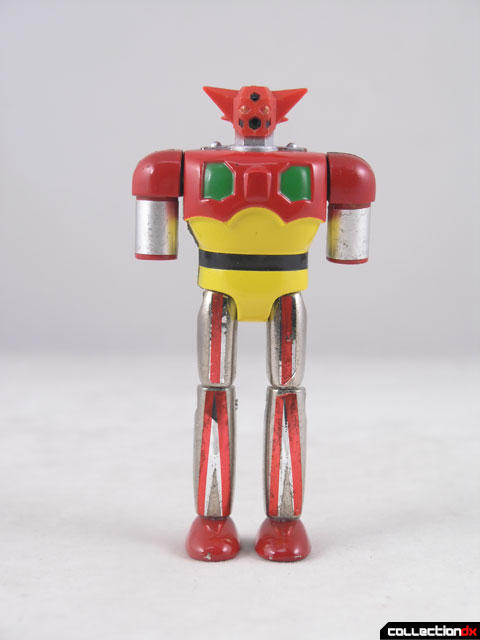 Instead of firing fists, Getter 1 got fists that were simply removable. However one fist featured an axe-launching action. 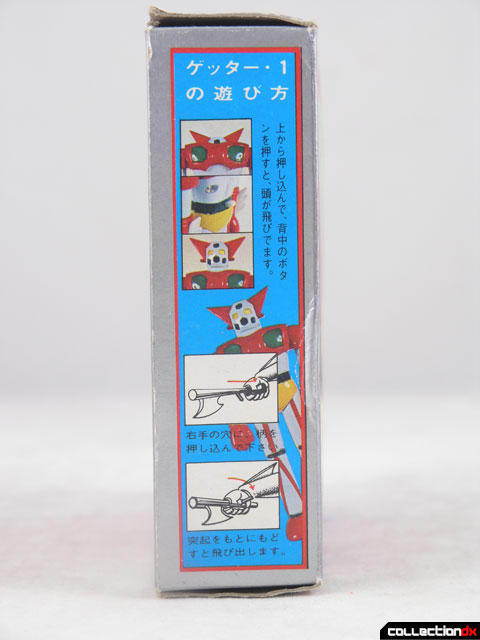 Another gimmick was the spring loaded head. Push the head down and then press the button on the back and the head launches up, just like in the show. 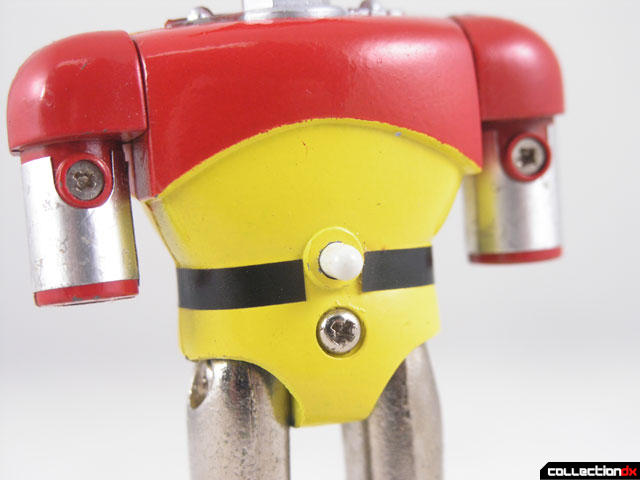 The toy had a very folk-art feel. The metal was rough, the decals never wrapped quite right, and the sculpt was far from anime accurate. But it was Getter 1, and that was enough to inspire generations to come. 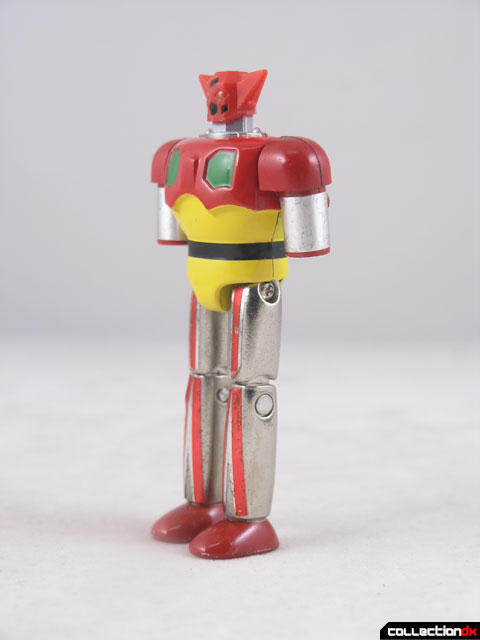 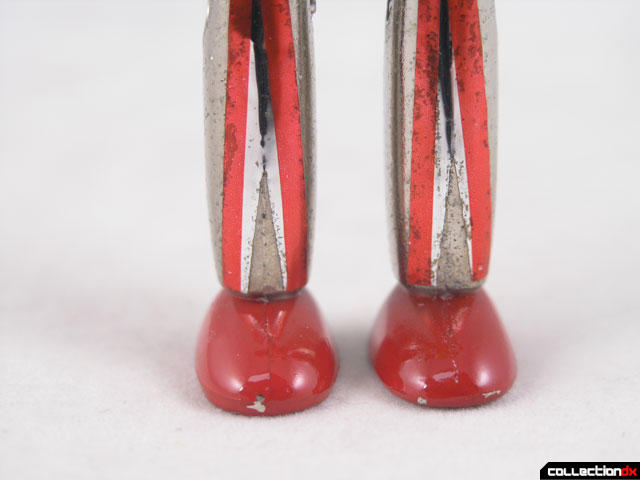 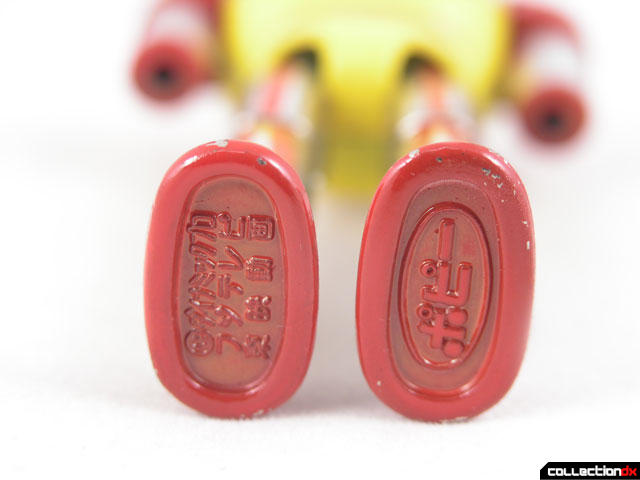 Being the Second chogokin, one would assume that obtaining this piece would set you back a tidy sum. Well, yeah, it will. But here's the thing. In the late 90s (early 2000's maybe?), an unscrupulous toy dealer in Hong Kong began making near-perfect reproductions of the GA-02. The reproduction is almost identical, right down to the box and packaging foam, making differentiating a bootleg from an original an arduous task. But this HK bootleg company did not stop there. In a surprising move, they also bootlegged the second version Getter 1 (with blue shoulders), and even released a training colors version - shown in the TV show but never made into a toy. Below is a handy guide to the differences between the two. (there aren't many). 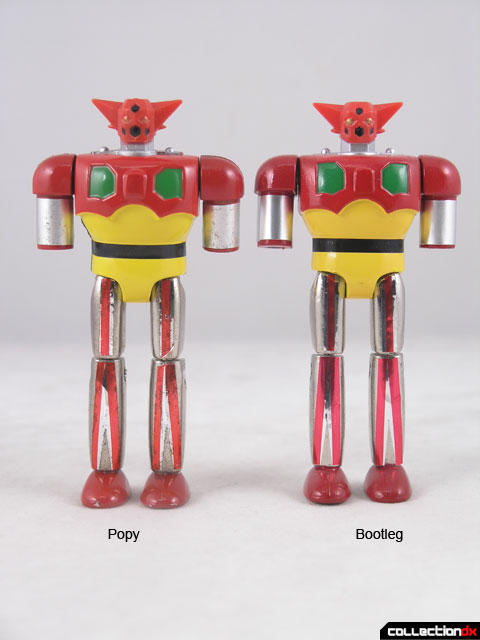 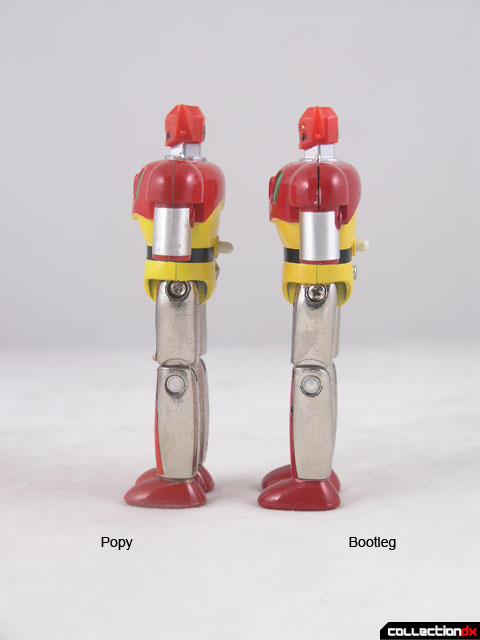 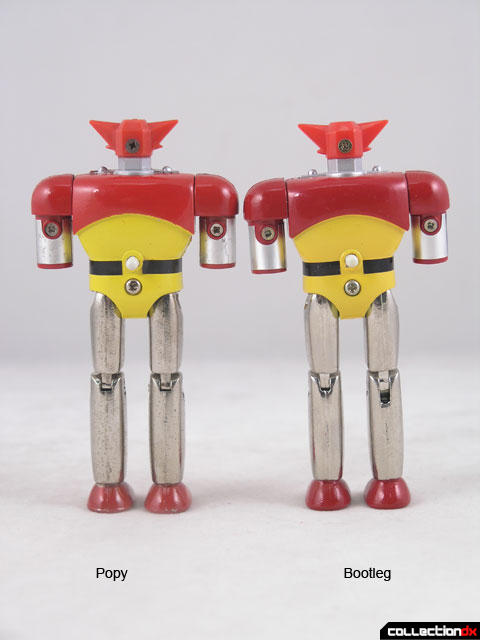 Special thanks again to Joshua Fraser for allowing me to shoot this piece for CollectionDX.

Such an iconic toy.

Again, I'm relegated to my THE Chogokin repro's... But at least I've got all three of the Getta robots and they're not bootlegs!

The thing is, I don't think the arms come off of the THE Chogokin. I love the axe gimmick--too bad you couldn't show it fully in this review.

Taken from my post on: Great Mazinga GA-05 review...

Sanjeev alludes to "The Chogokin" repros in that reviews comment section. I'm not aware of those so maybe Sanjeev could elaborate?

Ahh- Sanjeev must be talking about Bandai's GT series of chogokins. Nice copies- slightly smaller than the original GA series.

It is difficult to tell any difference between the comparison shots other than the gap in the shoulders-(mine does not have that issue). It would have been nice to show the right side of his body to compare. Do both versions' Right Legs have the nuts that seat in the leg joint?
So the training model I have is a boot huh? Well... it is done superbly nevertheless, right down to the 16 Toei Animation sticker on the box. I think I might like it even more now.
Did they do boots of Getter 2 & 3 -(as shown on back of box)?
Now I definitely want to track down this one and the Blue version!

These are stellar quality boots for sure- very heavy & gimmicks work well!