My first exposure to Japanese Yokai came not from the original trilogy of Daiei movies released in the late 1960s or even from the recent Takashi Miike film "The Great Yokai War". Nope, sandwiched in between those more famous offerings was "Sakuya: Slayer Of Demons". I thought that the movie was fun, but the strange monsters within it really stole the show. They were quite unlike any others I'd seen elsewhere. At the time, I had no idea how famous they really were. Nor was I aware of any toys based on them. A chance discovery at a famous Japanese toy store would change that. 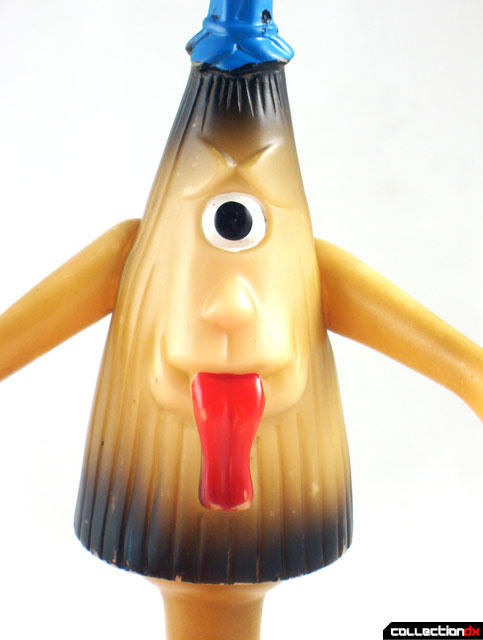 It was December 2006 and I was in Godzilla-ya, hunting for Jumbos as usual. No luck on that front so naturally I focused on plan B...scoring some vinyls. Now, usually I just get contemporary vinyls. Vintage is great, but too expensive. However, something caught my eye in one of the cases. Isn't that..? It is! It's that crazy umbrella monster from that movie! 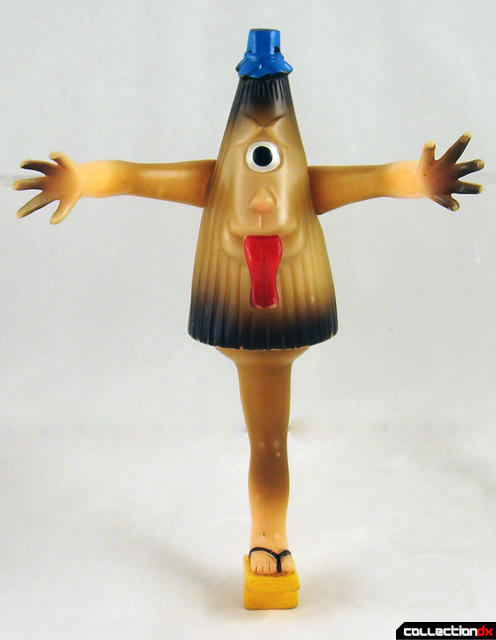 At the time, I had no idea what the actual name of the character was and of course, the toys were new to me as well. But since these guys are so bizarre, it was easy to tell that there were 3 more toys with him that were all from the same line. I had my friend ask the shopkeeper if he would give me a discount if I bought all four and he agreed.

Even with a 15,000 yen discount, I had just dropped 70,000 yen on 4 toys I knew nothing about from a genre I didn't really collect. Later, it occurred to me just how dumb and out of character that was and for a while, I really agonized over whether or not I truly wanted these things. But when I finally returned home and put them on my own vinyl shelf...oh man, I was hooked. They really stood out and added a flavor to my collection that I didn't realize it was missing. A year later, the fifth and final piece in the set would be obtained.

Kara-kasa ( からかさ) was released in 1968 by Nitto, thus making it my oldest Japanese character toy. It stands 8" tall and is articulated at the shoulders. The single leg also turns but doesn't move smoothly and there's really no reason to do it anyway. Of course, with just the one leg, and a Tengu-Geta sandal on the foot, this toy is nearly impossible to stand up on its own. Of course, when it was originally released, the toy had an elastic through the head that could make it "bounce". You could have easily used that to hang it, but most specimens today are missing that. 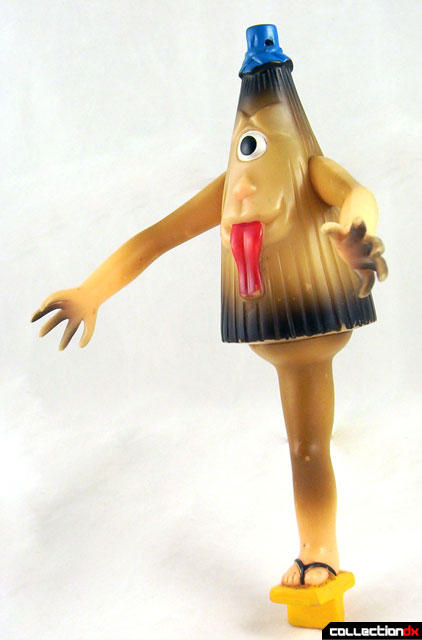 If you are interested in learning more about traditional Yokai monsters, be sure to check out the upcoming book Yokai Attack! The Japanese Monster Survival Guide. It's available this summer in Japan and later this year in both the US and the UK. The book is written by good friend Matt Alt (of ToyboxDX fame) and his wife Hiroko Yoda, both stars of the aforementioned "Great Yokai War". 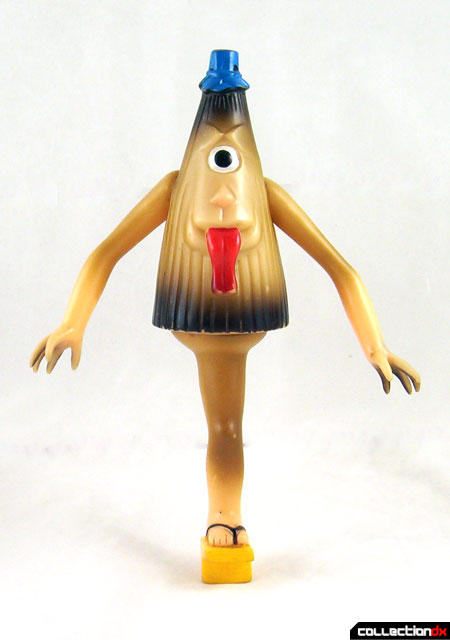 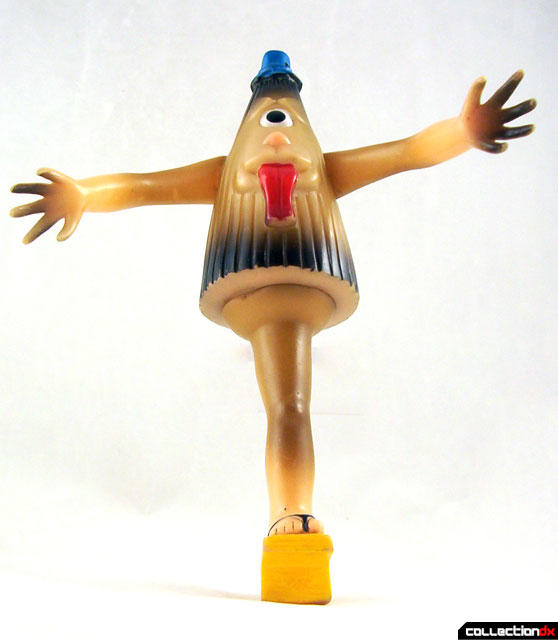 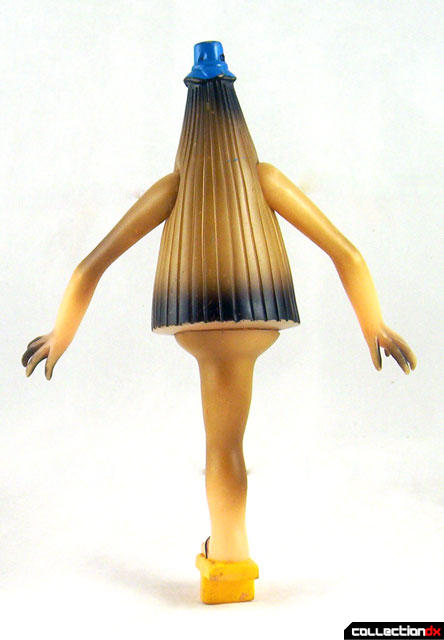 5 comments posted
Your vinyl shelf is

Your vinyl shelf is stupendous! But slightly more on topic, any plans for reviewing the other toys from the line?

Another inside joke from Isao Takahata during the haunting sequence in pom Poko? I can swear I remember seeing this creature hopping around and spooking everyone!

Nice background info, and group shot. Isn't there a band mascot based off this? Osaka Pop Star, I think.

This was awesome. I have been waiting for someone to review some Yokai toys for a while. Matt Alt's book looks interesting too. If anyone is interested here is a list of books and articles related to Yokai.

In Ghostly Japan by Lafcadio Hearn
Kwaidan by Lafcadio Hearn
Well, actually, anything by Hearn
Civilization and Monsters: Spirits of Modernity in Meiji Japan by Gerald Figal
The Metamorphosis of the Kappa: Transformation of Folklore to Folklorism in Japan by Dylan Foster. In Asian Folklore Studies, Vol 57 No 1
Supernatural Abductions in Japanese Folklore by Carmen Blacker. In Asian Folklore Studies Vol 26 No 2
Anything by Shigeru Mizuki

Yes, naturally I intend to do all 5 figures in the line, although I will not bother with the little ones you can see in that picture. I'll probably roll a new one out every few days over the next week or so.

I can't comment on the references and band stuff because I have no idea, but it wouldn't surprise me at all to find these guys anywhere in Japanese media.