Origin Japan Super Sentai, is a tokusatsu (live-action) show from Japan that has been on the air since 1975.The current sentai team is Shuriken Sentai Ninninger which premiered February 22, 2015. This series is the third in Sentai history to have a ninja theme! The core team lineup is AkaNinger (Red), AoNinger (Blue), KiNinger (Yellow), ShiroNinger (White), MomoNinger (Pink). Shortly after the release of the show, Bandai released the Sofubi Candy Toys, which I will be reviewing today.

Check out my video review!

Candy Toys are quite literally a piece of candy and a toy! I was pretty excited to find the candy toys at Nijiya market in Japantown, San Francisco. So, let’s start with a lineup of the boxes: 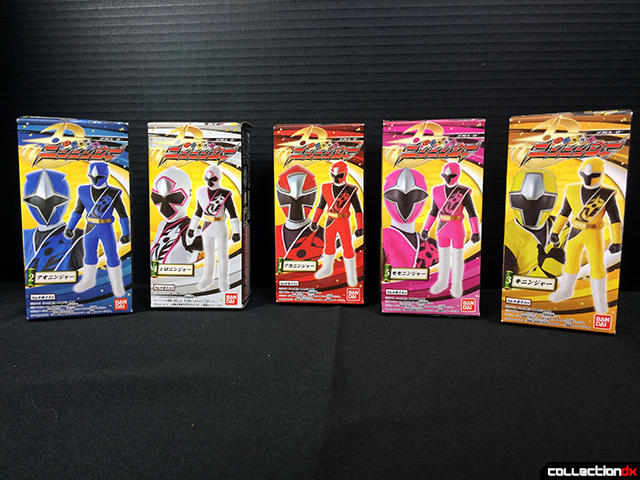 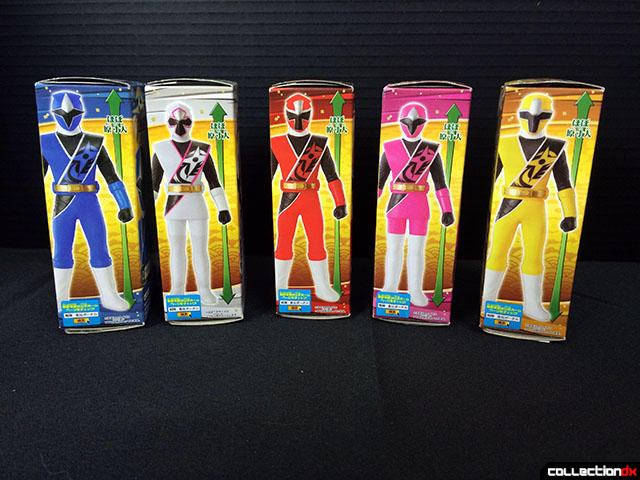 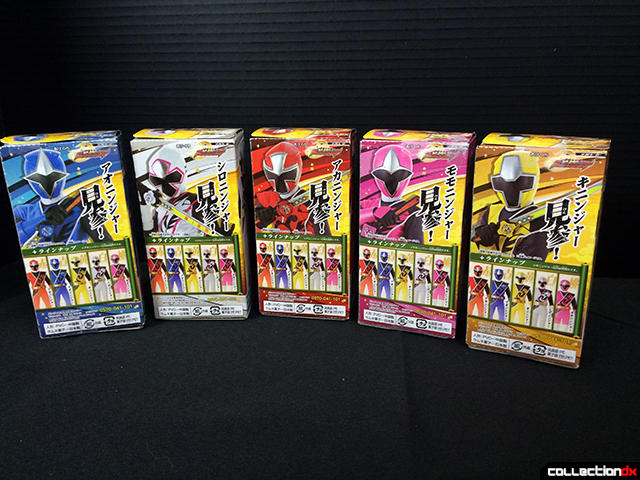 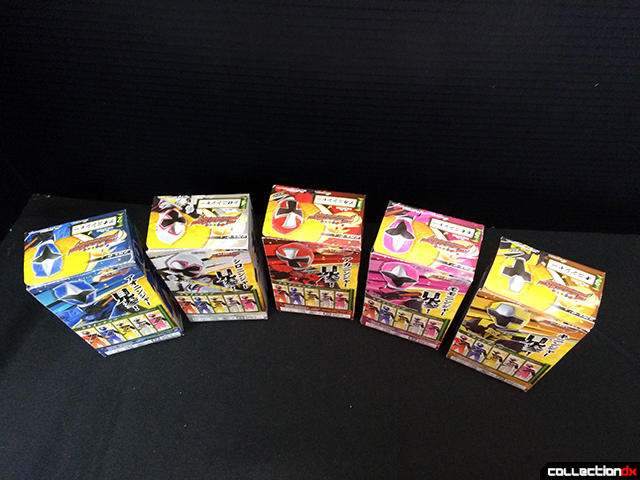 I was pretty excited that I was able to get the entire team! For the action figures, they had only released blue, red, and yellow in Japan. But for the sofubi (both large and small) they had the whole team! It bums me out how it’s hard to get the girl sentai at times, as I prefer them. So I was very happy they released the entire team in this format. Once you take them out of the box they are packaged in an unsealed plastic bag and boxed with the accompanying candy: 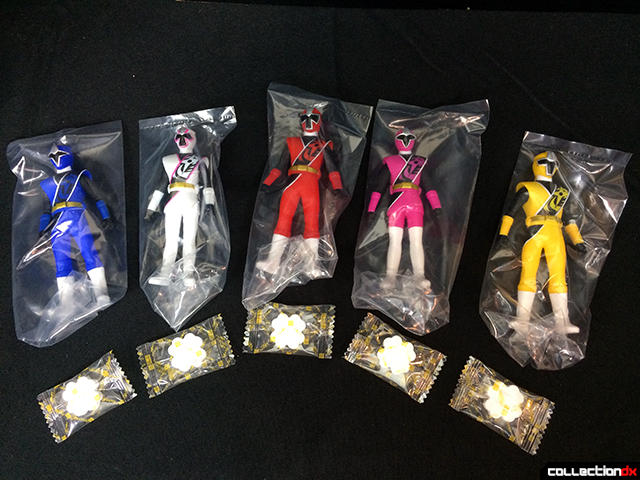 The candies themselves have a bit of a banana flavor to them, with a kick of tart. I’m not a fan of the sour candies in Japan, but this was palatable for me. In case you’re wondering if you have enough calories left in the day to snack, nutrition information is included (American Only exclusive translation sticker! ha!): 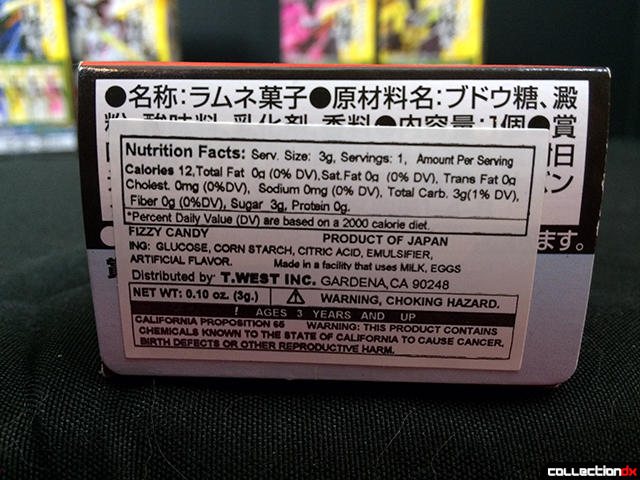 So now let’s check out the figures. I really was impressed with the figures, and like the way they look on display. The first thing I noticed was the detail on the arm texture, which matches the armor they are wearing, it’s quite nice: 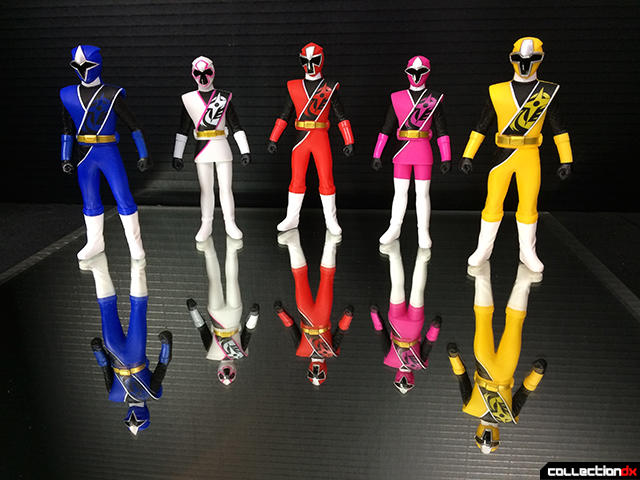 Until now, I didn’t actually realize how much of a lean MomoNinger has until looking at this photo. Since it is soft vinyl, it can be easily fixed, hopefully! For now I am leaning her against the back of the display case, just in case: 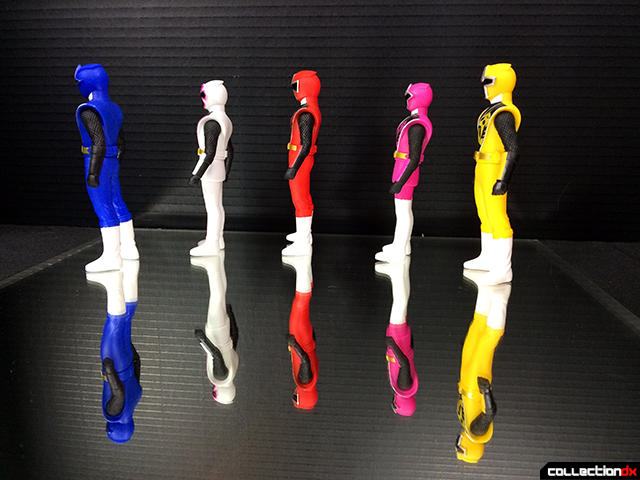 But seriously, Momo needs to get herself under control, because she keeps falling over: 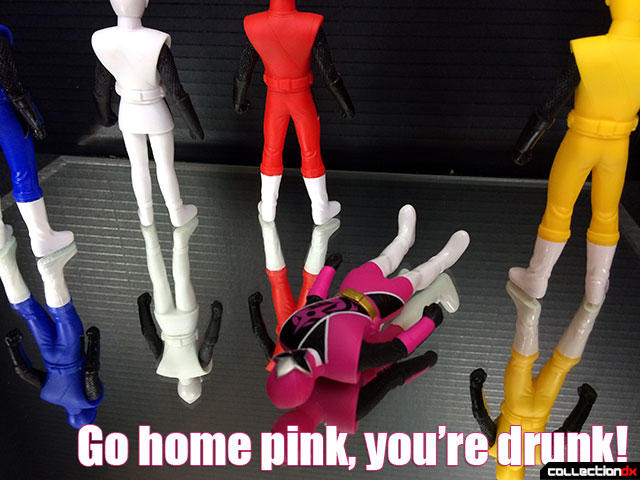 Here’s a gander at the back, which has no paint apps as one would expect: 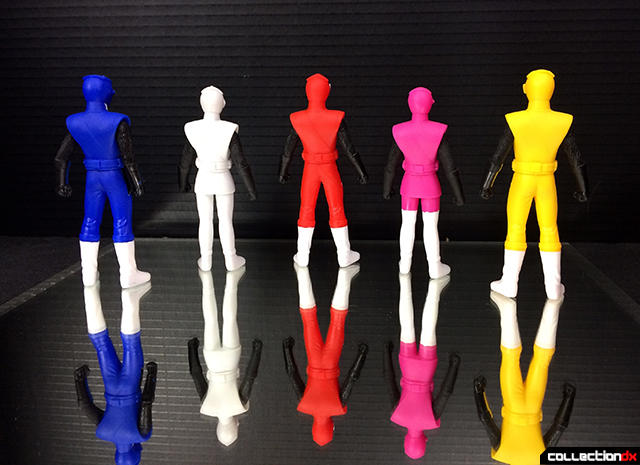 As you can see, the females are a bit shorter than the males: 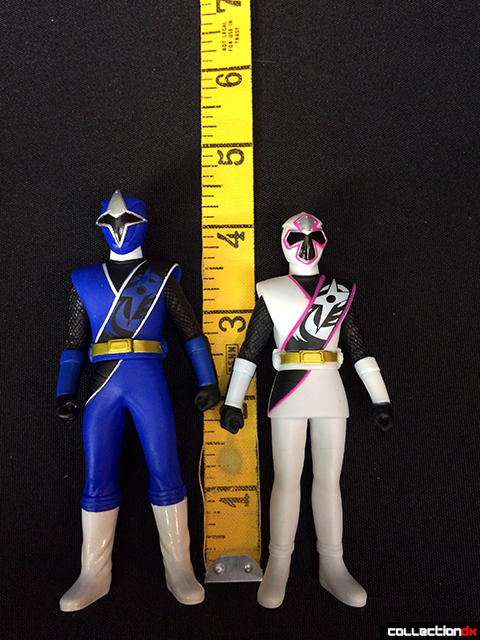 Some detail on the face paint apps. I like the shine of the black in their visors: 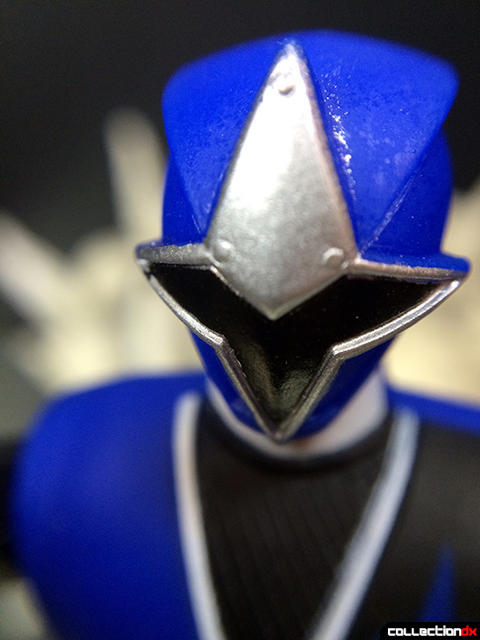 Here you can see that armor detail that is in the chest, and also on the arms: 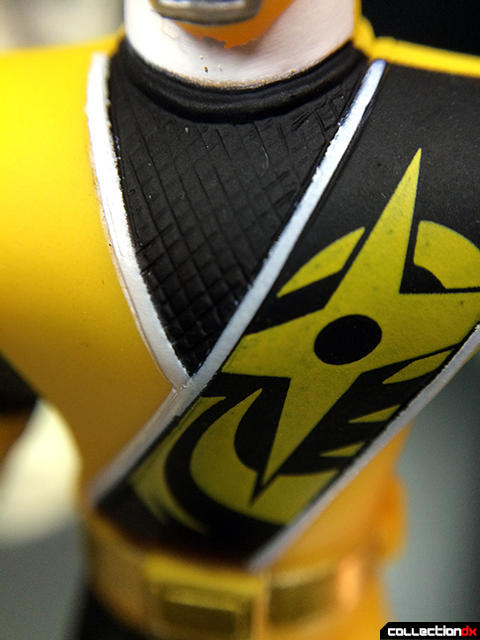 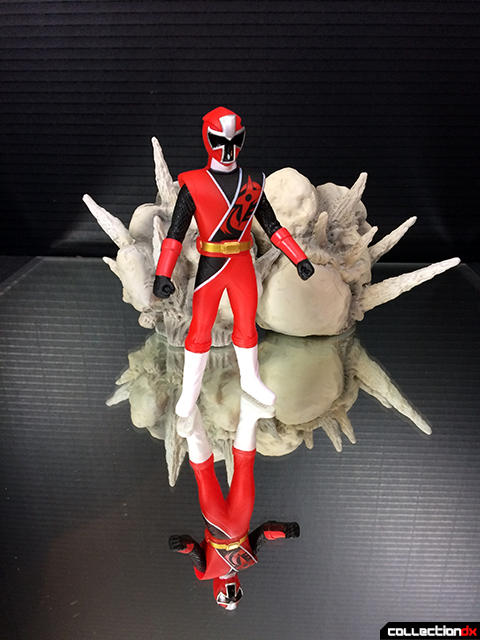 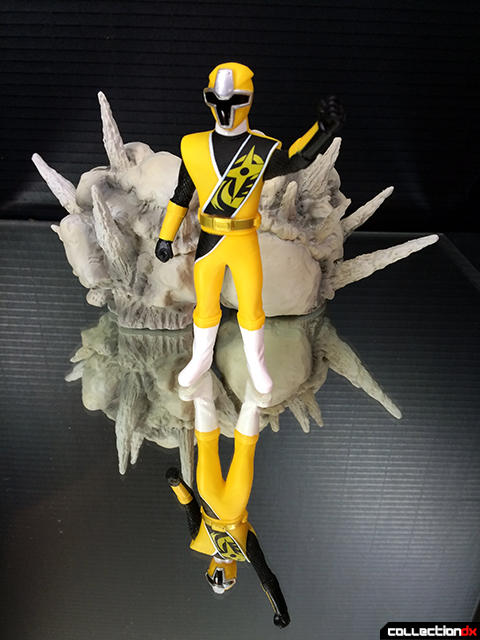 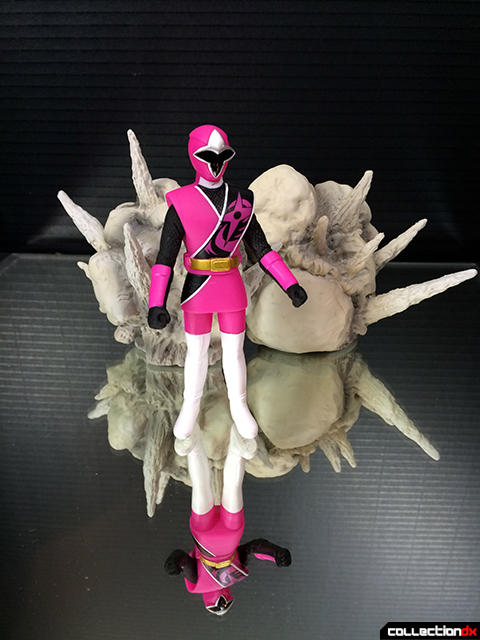 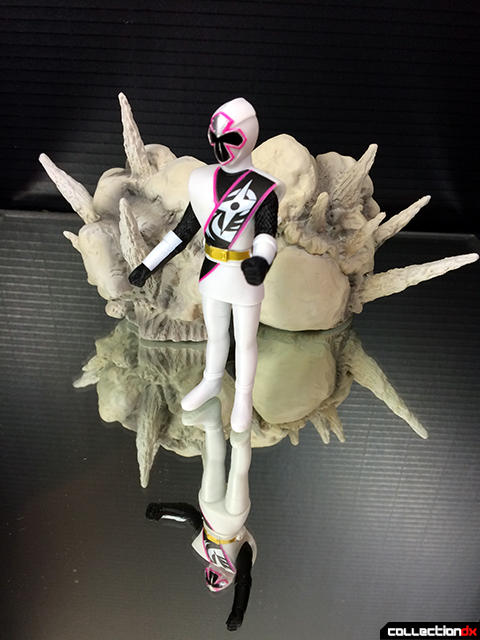 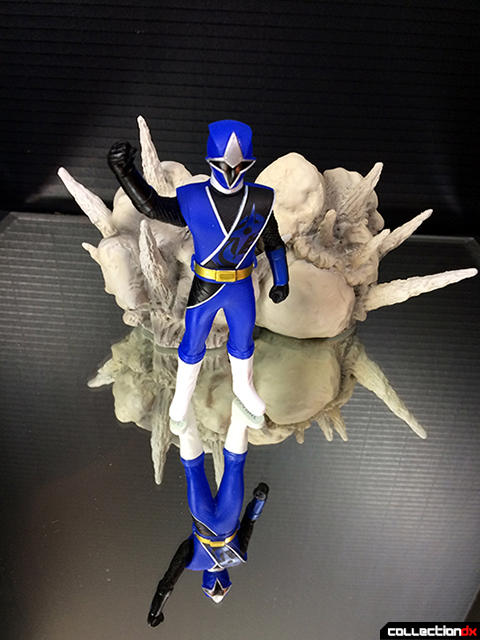 Now, I would watch this team up! Gekiranger and Ninninger! This just shows the scale of the 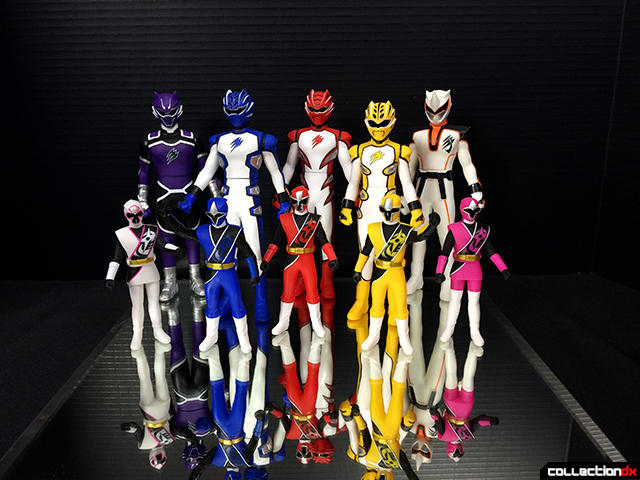 I am super happy with this purchase and the fact that we were able to get the whole team. I
kept looking at the larger sofubi in Japan, and regretted not buying them. But with my toy real estate being what it is, I am actually glad I got the smaller ones instead. I would definitely recommend this for anyone who is a sentai fan and looking to add some cool looking toys to their shelf!

Thanks for reading! AoNinger and GekiBlue are off to continue their adventures! Until next time! 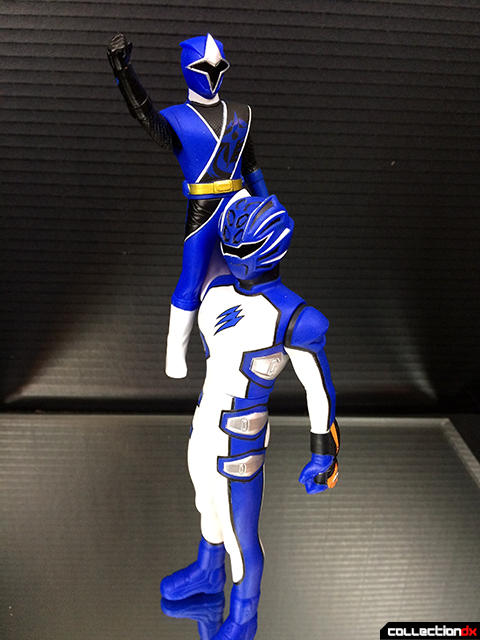