Sideshow Collectibles' latest release is called Luke Skywalker - Rebel Commander - Bespin, the Empire called him a Terrorist and the Rebel Alliance called him a Hero in the Battle of Yavin but I like to call him - Lefty.

Luke (as he appeared in The Empire Strikes Back) has always been my favorite version of the character. Back when I was a kid, my Kenner action figure was always in the middle of my backyard/beach side adventures no matter what the scenario was. 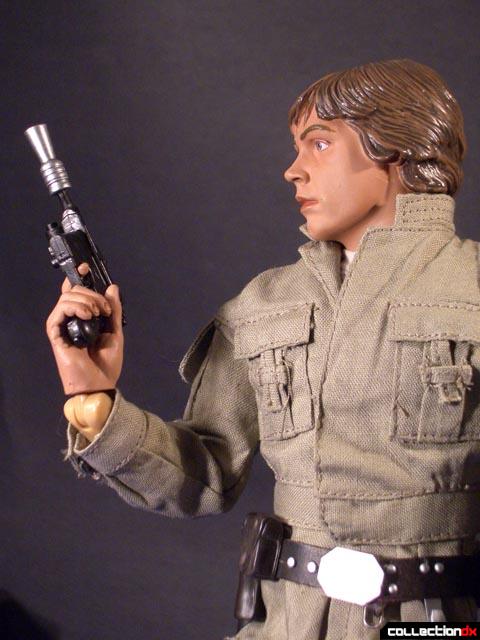 I’m not sure what it is about him at this stage of his Hero’s Journey that appeals so much to me. Perhaps it is his altruistic notions of good and evil and the youthful ideal he represents, then again it might be the fact that those same ideals are shattered at this stage of his journey as he recklessly rushes off to confront (unknowingly) his father. 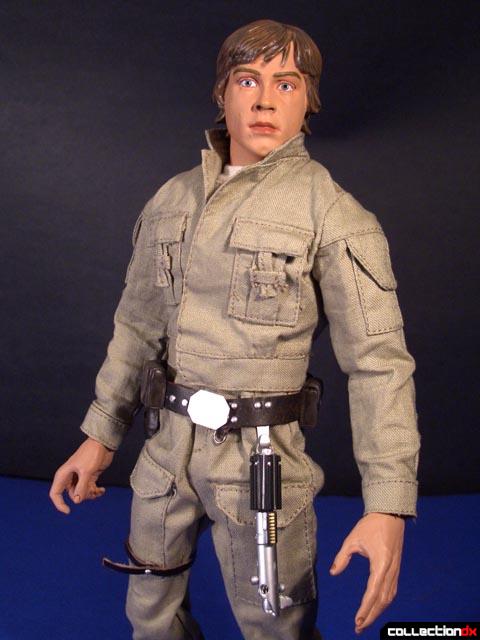 I do know that the same revelation that shocked Luke in his confrontation with Darth Vader also shocked me as a kid, so much so my father and I debated for years whether he was telling the truth or lying. It would be three years after all before we would know for sure. 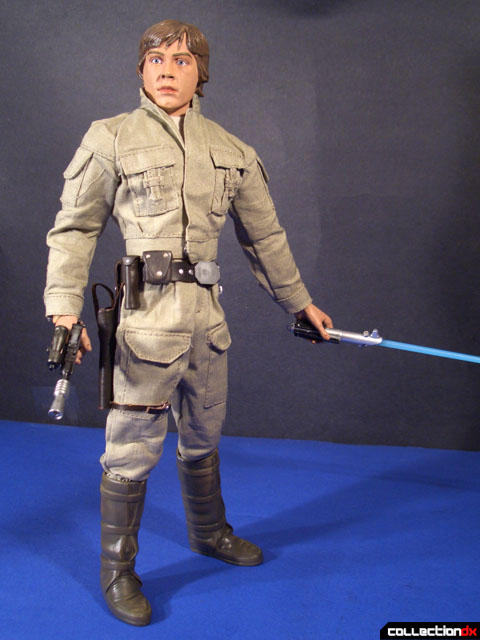 For whatever reason he appeals to me; he does - so when I heard that this version of Luke was in the pipeline at Sideshow Collectibles for their 12 inch line I was pretty excited. Sideshow Collectibles has been scoring an A+ as far as I am concerned with the quality of their previous 12 inch pose-able figures. 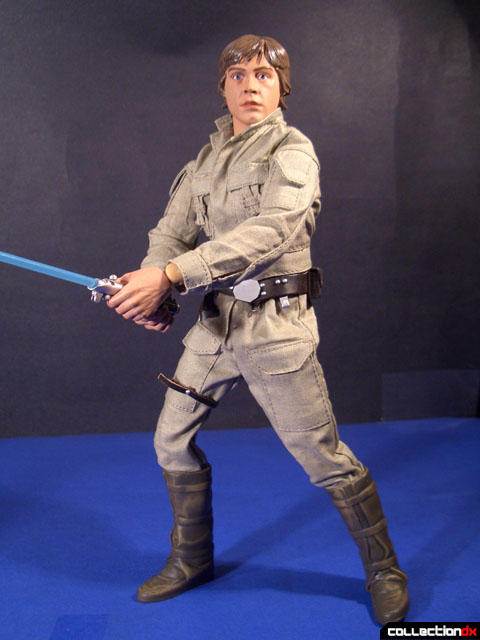 Sideshow Collectibles has been doing 12 inch, high-detail; highly pose-able figures from Star Wars for almost 2 years now. Each character they do comes in both a Standard version and Exclusive version. Both versions are limited, meaning when the character is gone, it’s gone (Trust me, I begged for them to reissue the Jedi version of Luke I missed. Not happening.) The Exclusive version is also limited (usually less than half the number of the Standard edition run) but will also include an exclusive accessory. In the case of Luke here it is an Auto Tourniquet for his handless limb.Exclusive versions are only available thru Sideshow Collectibles. 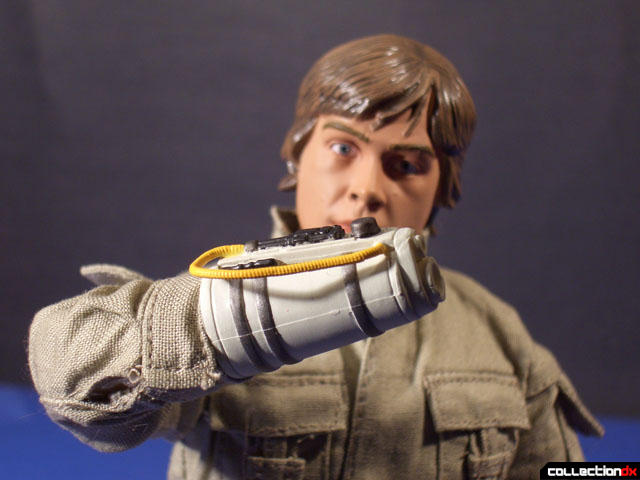 Luke comes in what is best described as a book style package with two window boxes that close in on each other. The flap that folds over the side of the box has magnets built in to hold it closed. A little detail that shows how much attention Sideshow puts into this line. If they are putting magnets in the box lid what could they possibly be doing to the figures? 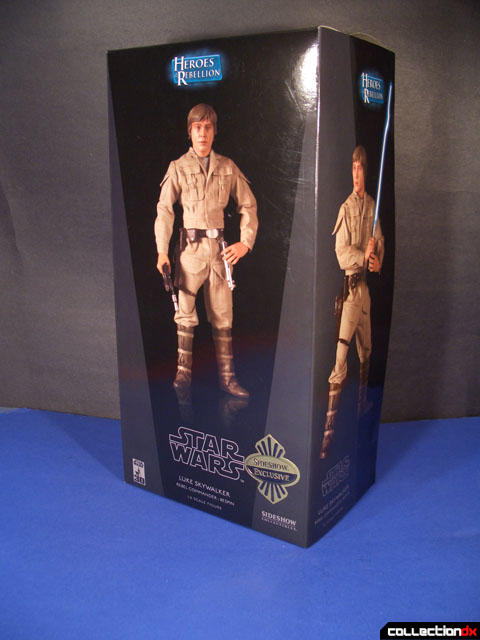 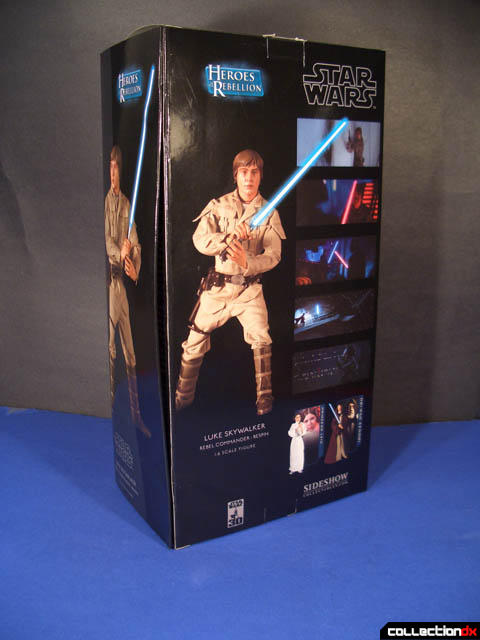 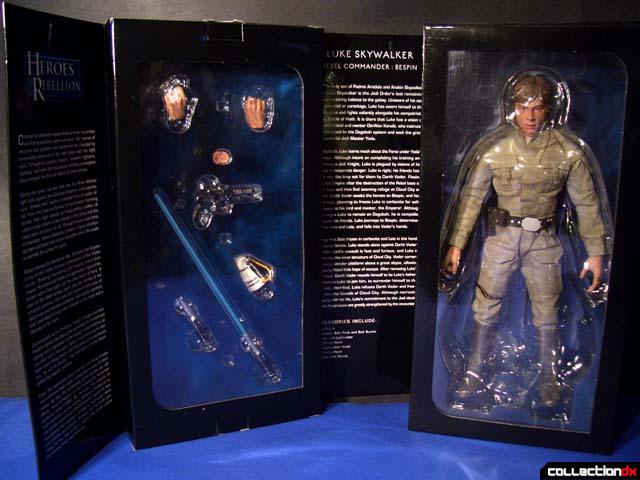 The weapons that are included in the box are as detailed as the props from the movies. Seriously, look at these. 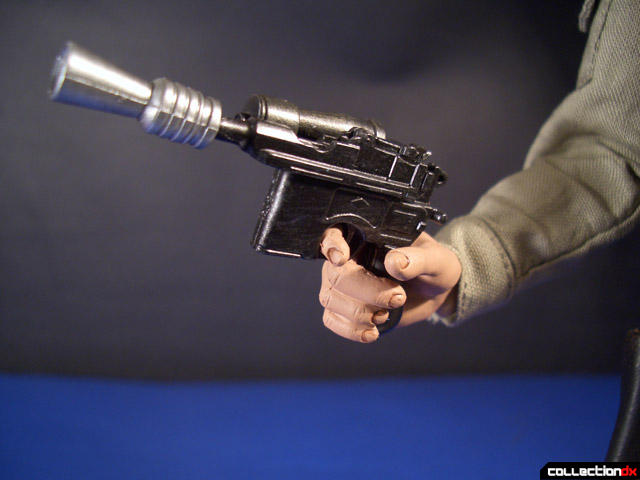 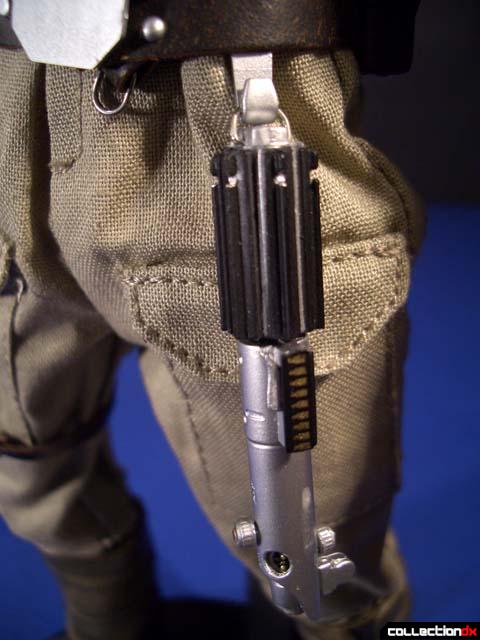 The hands do pull off and are swappable, so yes... you can make him earn his nickname, Lefty. 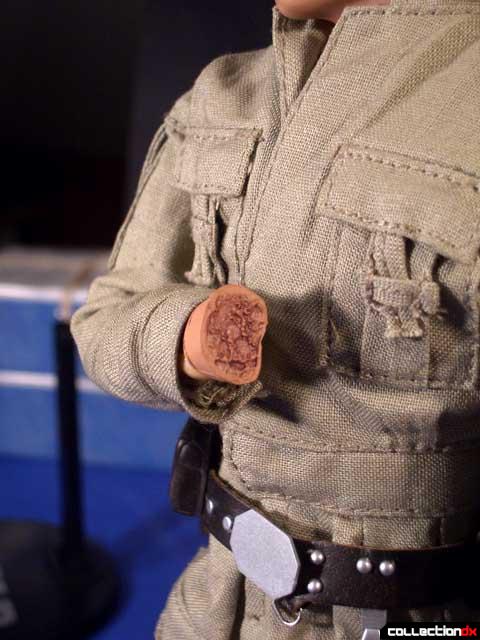 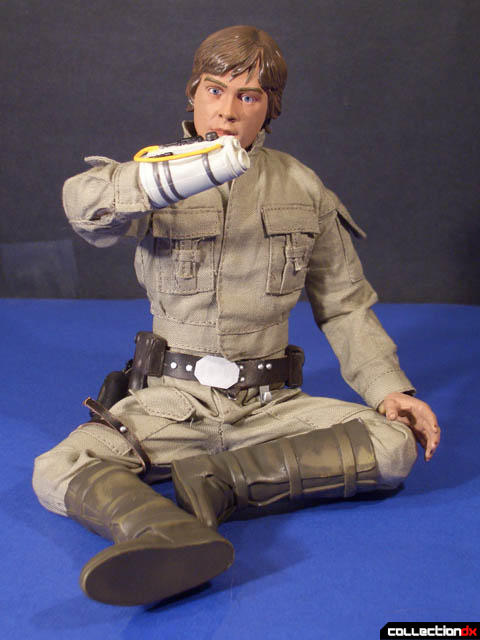 Luke features over 40 points of articulation allowing for a full range of motion and pose-ability options. There are joints just about every where a real human body has including little details like a neck that can look up or down to shoulders that slide forward and back. 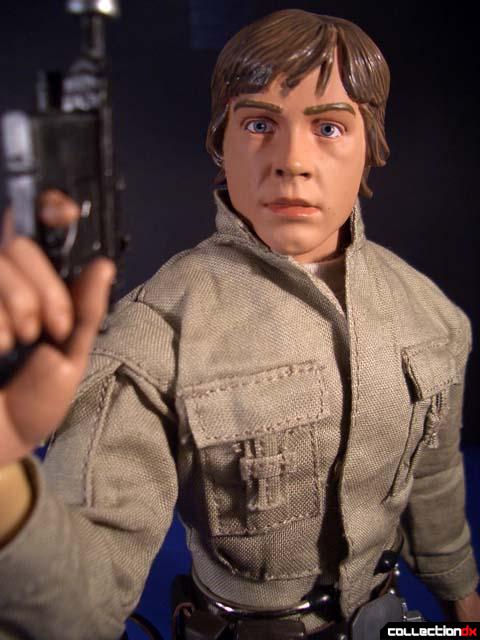 The head sculpt is a dead on likeness of Mark Hamill and dosen't look too big or too small. 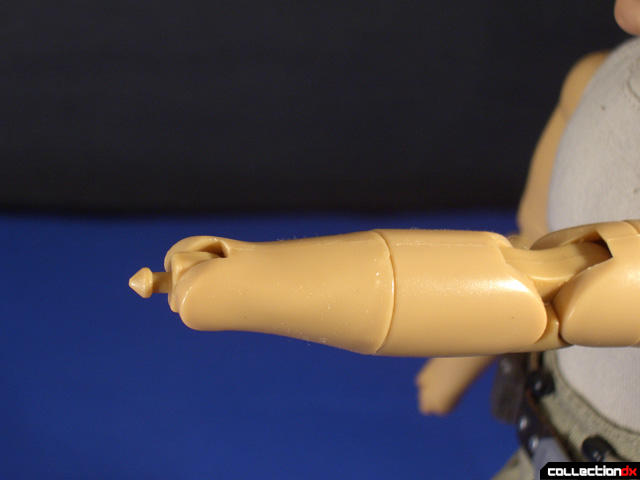 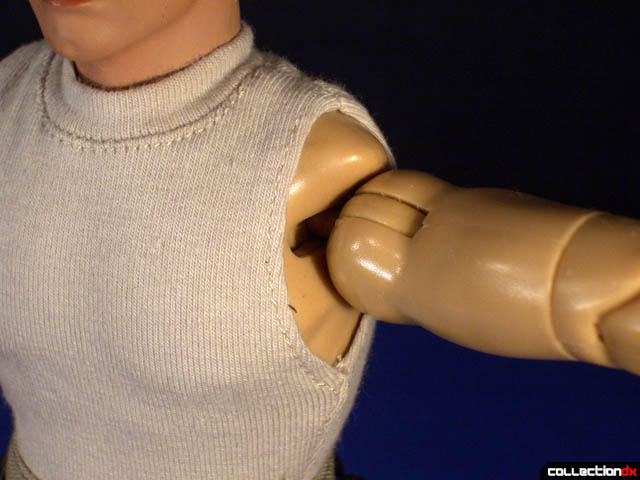 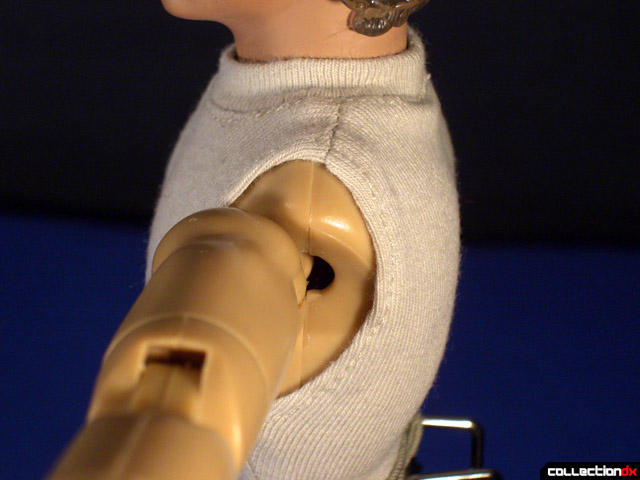 The outfit Luke wears is made completely of cloth and even appears to be made of the same material used in the creation of the costume making for a very sharp looking figure. I have found in the past with other manufacturers this outfit in the 12 inch scale has looked ill fitted. That is not the case here with Sideshow Collectibles version and has nailed the fitted look just right. 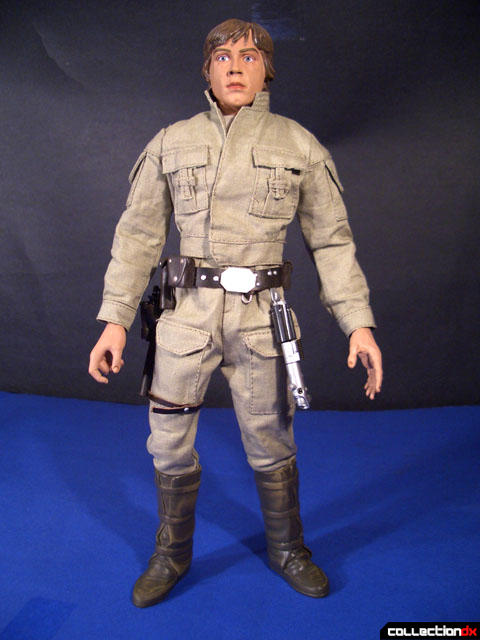 Luke’s outfit comes with the following:

Only the boots and utility belt are made of plastic with the Lightsaber hook on the belt being made of metal. 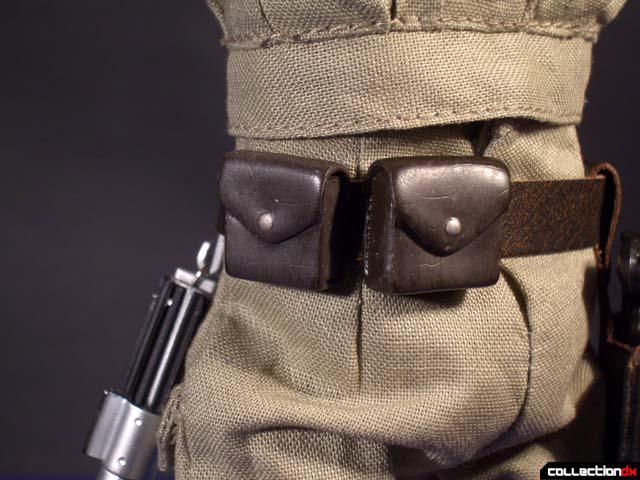 The holster is made of a leather looking material and features a magnet built in so the strap sticks to the holster. Which brings me to my one complaint. The material is so fragile that I ripped the strap right off of the holster trying to put the pistol in the holster the first time. It's easily fixable with some crazy glue or a hot glue gun. So note to future buyers be careful with that holster when putting the pistol in it. In case you can't tell yet I do really like this figure. Sideshow Collectibles continues the fine tradition they have set for themselves in keeping that Quality bar set real high. If you are a fan of Star Wars and have a favorite "iconic" character from the Saga, you owe it to yourself to pick one up. It will look real sharp added to your collection, I promise. 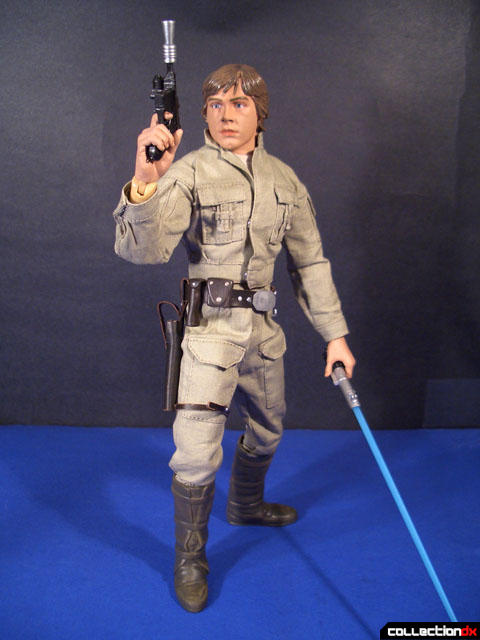 Now if they could just hurry up and do a Darth Vader and a Yoda, I would be one happy fan boy. The Luke in this review is the sold-out limited version with the Bacta Unit for his arm (limited to 1980 pcs - get it?)But you can still get your hands on the regular edition.

I have also included a quick video review as I think it's best to see these guys in motion.

2 comments posted
They did make a Yoda!

...well, not Sideshow, but Medicom. It's part of their VCD series, it's not super-posable, but then again, did yoda really move that much in ESB?

it looks AMAZING in person and is very cool. It's not like RAH Vader, it's in-scale with the rest of the SS SW figures.

Most people overlooked it because it was a VCD, and most of that line are vinyl super deformed figures.