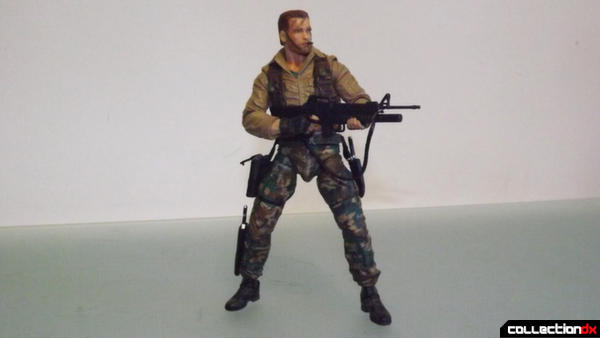 I`ve never thought of the original Predator as an "Arnie film" as I often do with his back catalogue.
It`s a Predator film, it`s all about the Predator, not Schwarzenegger.

As a child of the 80`s, Predator is a film I grew up with, along with Aliens and Robocop. 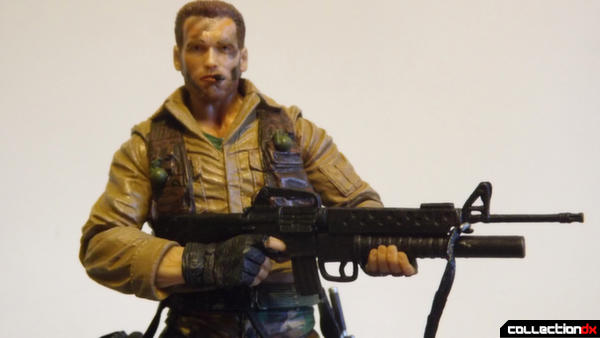 NECA have really stepped up their game with the head sculpts on these new releases. The sculpt on Dutch IS Arnold. 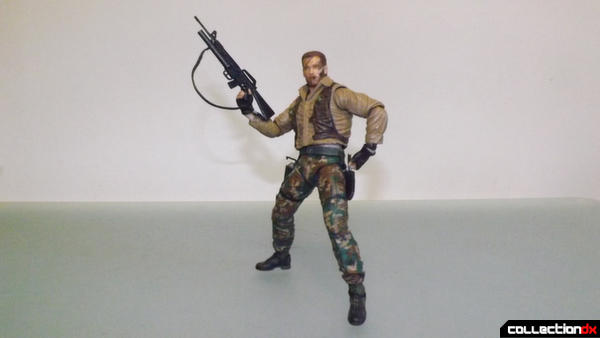 For accessories Dutch comes with a machete, a knife, a handgun and an M16 machine gun with underslung grenade launcher.

Dutch's right hand is molded with a trigger finger, he can hold the M16 machine gun with ease but getting the handgun into his hand is difficult.

The grip on the handgun is wider than the M16, so you have to force it into his hand and stretching his fingers. 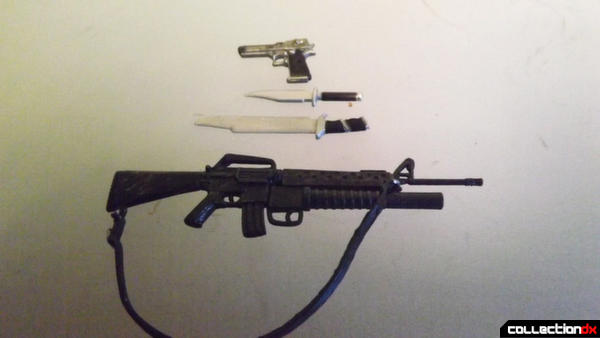 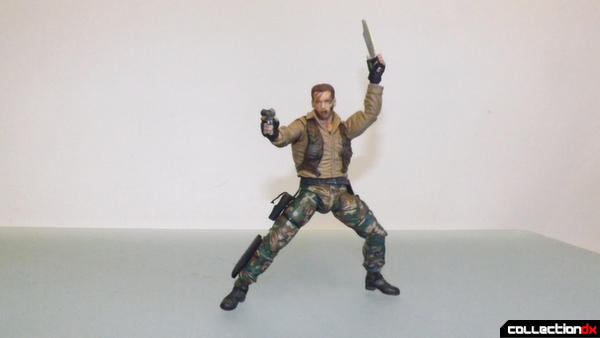 The left hand is really sculpted to hold the barrel of the M16, its too wide to fit any other accessory, but with the right pose and balance you can get Dutch to hold his knife and machete.

The machete can be held in the right hand, but its not a secure fit. 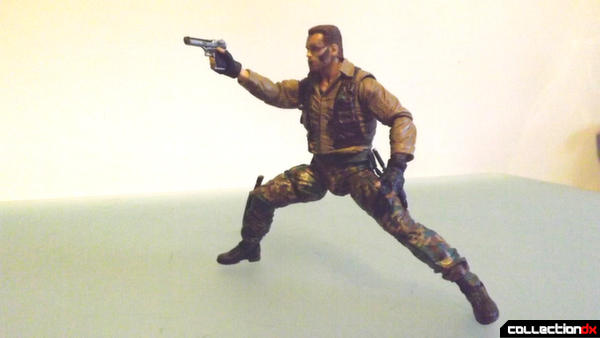 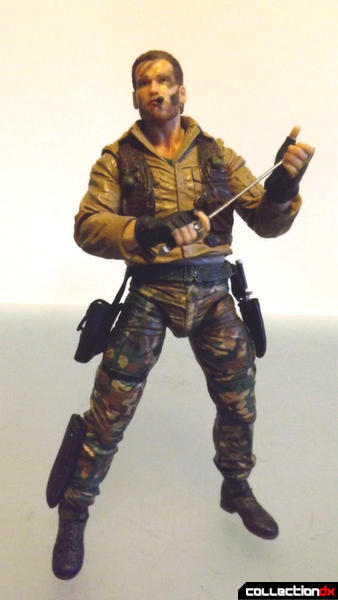 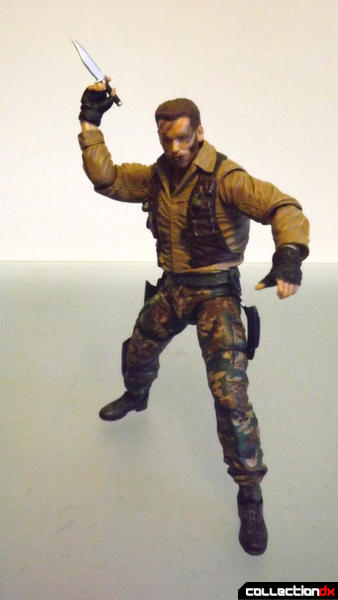 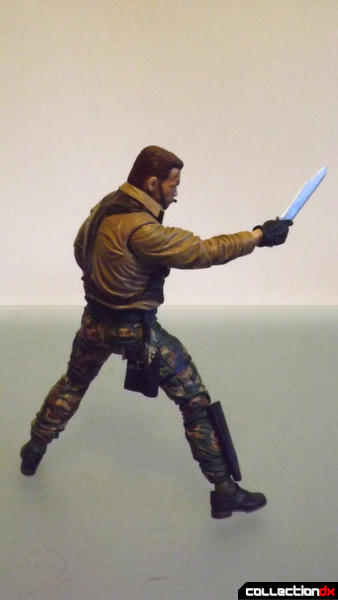 All the accessories can be stored on the figure, the handgun, machete, and knife all have holsters on the figure's legs.

The M16 has a rubber strap that you can put over the shoulder and fits snuggly on Dutch`s back. 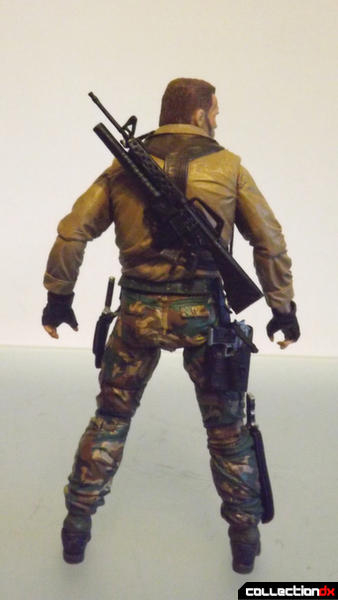 Articulation is pretty good, you can get quite a lot of great poses and the figure has a great foot base, even able to hold up other figures (see below Jmann).

This figure is one of three Dutch figures released recently, for fans of the Predator film, BUY THEM ALL.
"What are you waiting for? i'm here, kill me!" 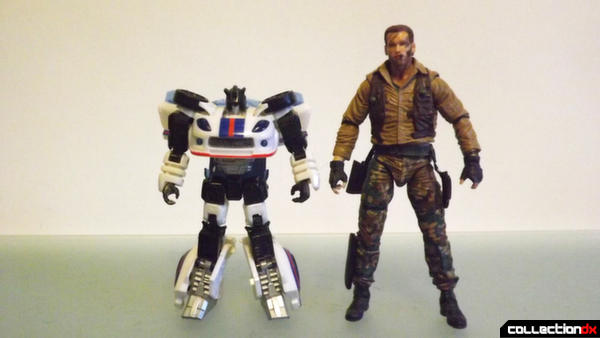 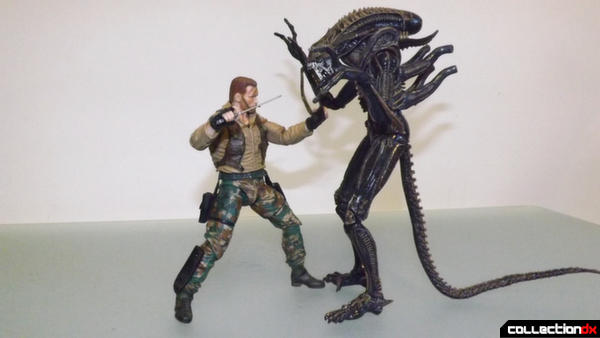 Jmann, I have achieved the impossible, the fabled "Triple" 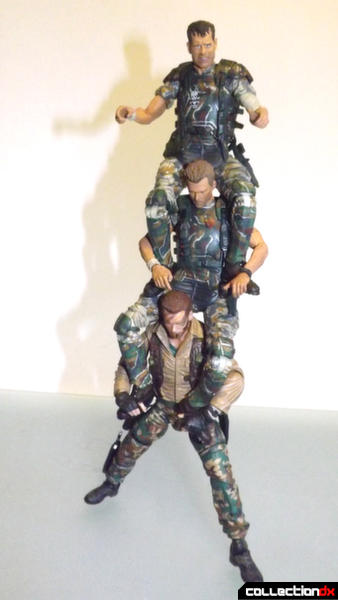 yeh its not removable, i forgot to add that,,

This is f*ckin brilliant, nice pictures and posing. All we need is: Mac (with his mean look and ghostly white eyes), Blain (Jessie Ventura with his cowboy/swamp rat hat and machine gun), Billy (with his massive knife and badass Geronimo attitude), Poncho (the professional looking contractor)....

Neca could throw Carl Weathers "Dillion" in there since they already have the face sculpt from Rocky, and could reuse Ponchos body....but I don't think anyone cares much for the cia spook ....except maybe Rocky and Carl Weathers fans lol

I swear looking at this review all I could hear is the predator music playing in the background....it was such a well put together movie that it holds up still today 26 years later....unlike some of Arnies other movies like Commando (still fun to watch, but such an 80s feel)

Billy ain't afraid of no man!

Oh child, you have much to learn ;D

i have another one coming.....