The Rescue Megazord is the second Megazord from Power Rangers Turbo. It consists of 5 vehicles that can each turn into a robot, as well as form the giant Rescue Megazord.

Bandai America released this toy in 1997 as part of their Power Rangers Turbo line. Each vehicle was packed in robot mode in a styrofoam tray, along with 2 blasters and 2 black clips that helped the combined robot stand. This one of the few Sentai robots that did not come with a sword.

The toy itself is a big sturdy hunk of plastic. There is minimal metal in the leg and arm connector joints. The rest of the toy is all plastic, aside from rubber wheels on Thunder Loader and Star Racer. Transformation is simple enough, and the combined robot is sturdy. The fact that you hardly ever see any of these broken today is a testament to the quality of the engineering.

Each vehicle has a really basic robot mode. Siren Blaster looks really good, with nice proportions, but Wind Rescue, on the other hand, looks like an afterthought. Still, the added play value of each vehicle having an alternate mode is something you don't see on too many Sentai robots.

The original toy from Japan is called the VRV Robo from the series Explosive Dash Task Force Carranger. The toy went through some major modifications before coming to the American market. The most notable changes were:

Most of these changes were probably cost saving measures and not safety related.

Still, the Rescue Megazord is a fun toy. While we didn't get the metal and chrome that the Japanese version had, kids still got a cool, combining and transforming megazord at a reasonable price.

Here is a great site with pictures of the Japanese version of the toy.

Editors note: My version of the toy is loose and missing the two small guns and two black stands. If you have these parts and want to get rid of them, let me know. Also, I am looking for a good box photo for this review!

Thanks to EVA_Unit_4A for the additional pictures and the following video co-review! 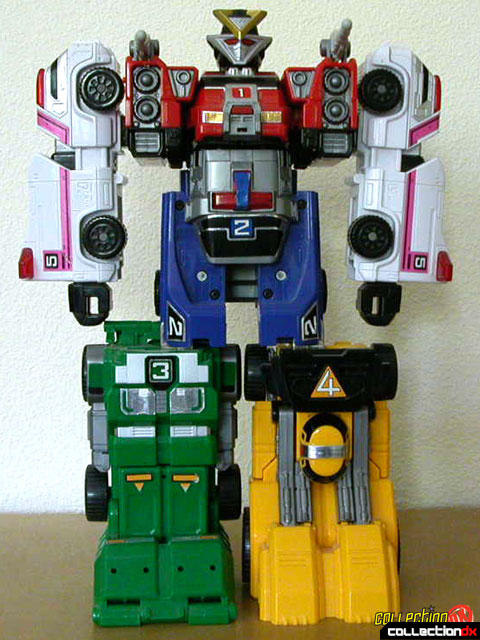 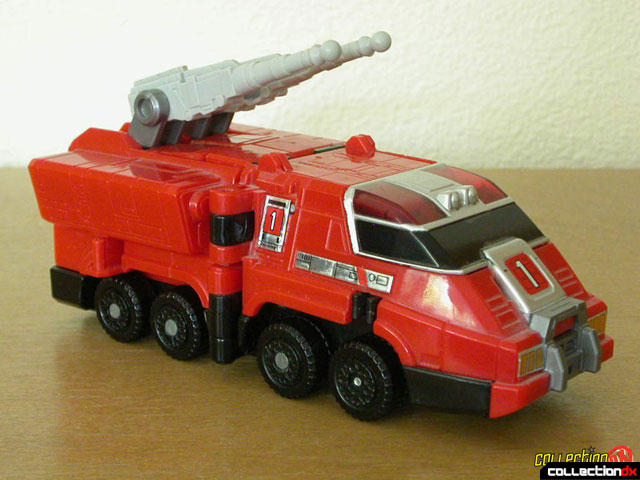 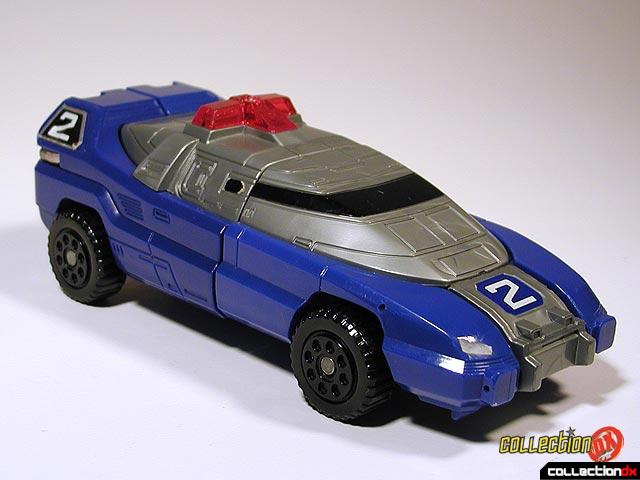 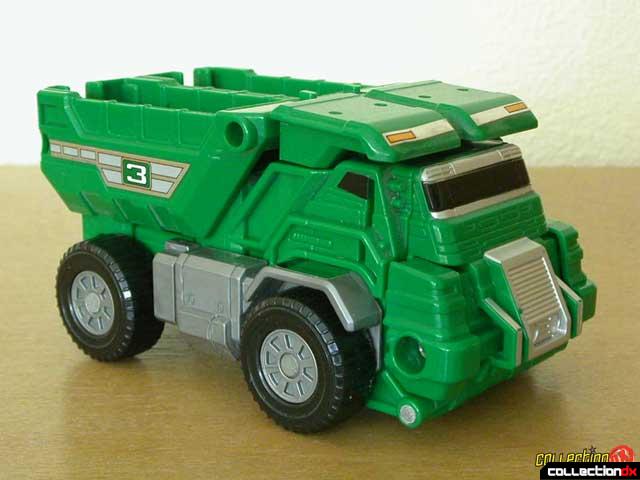 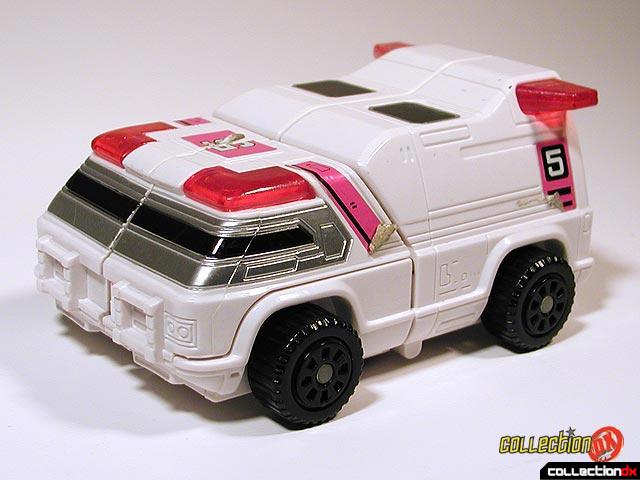 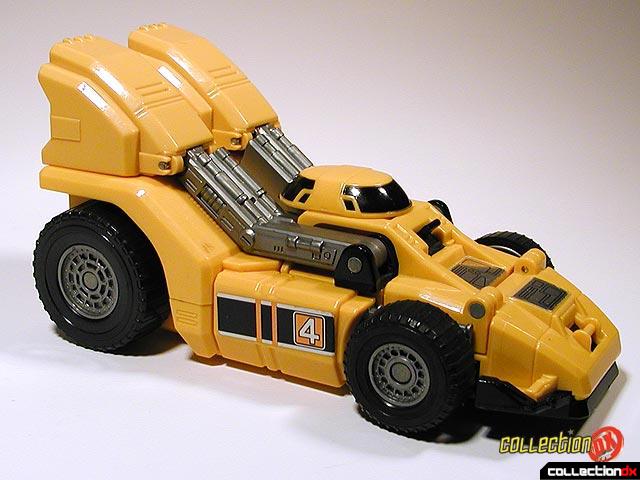 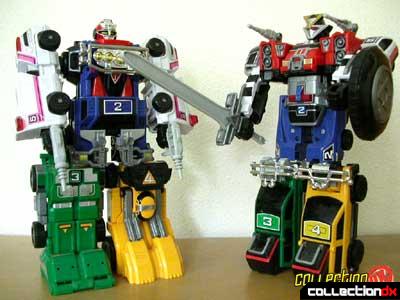 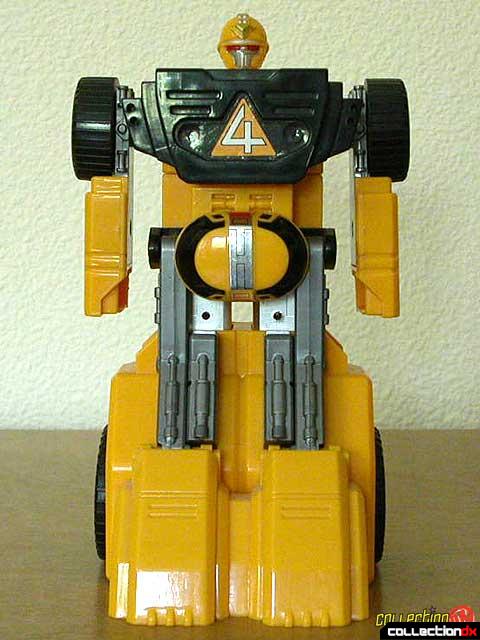 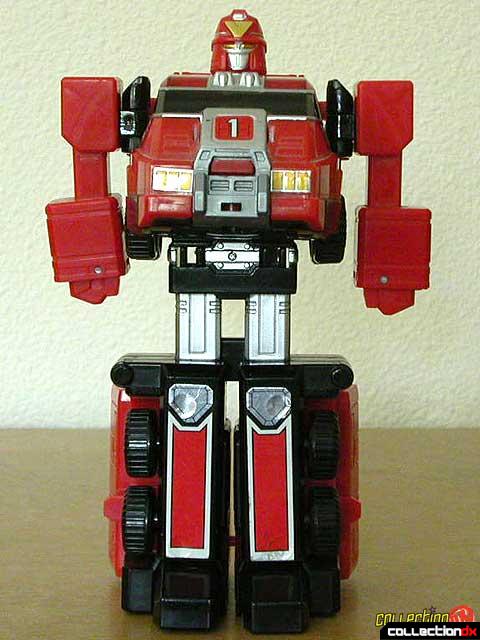 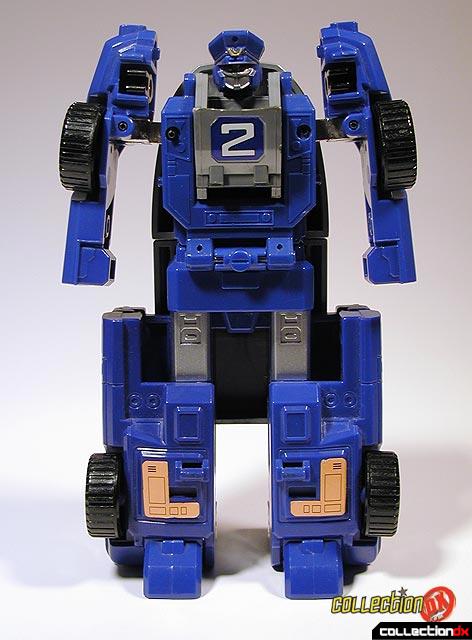 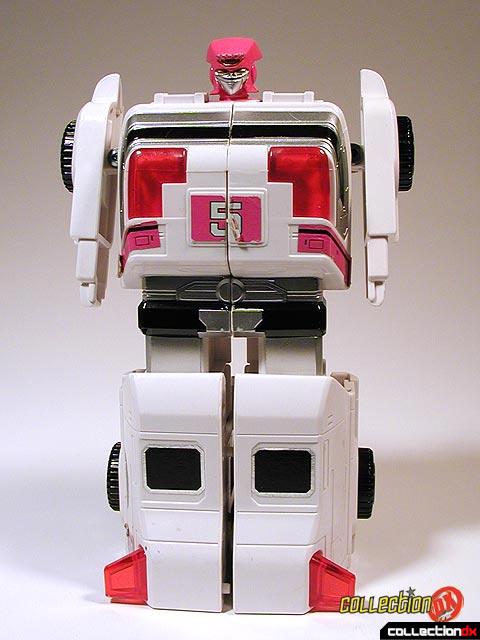 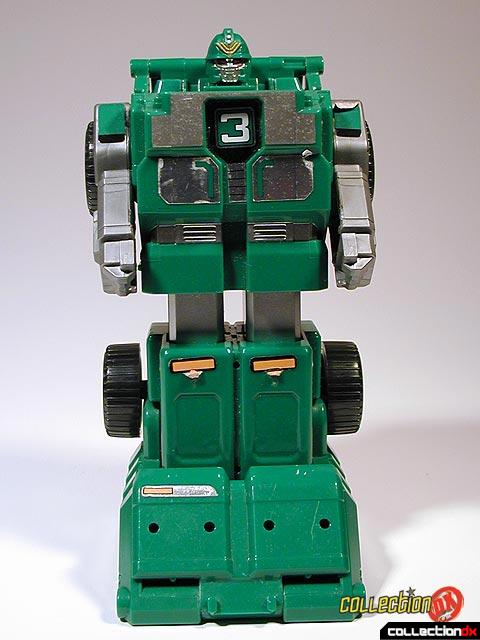 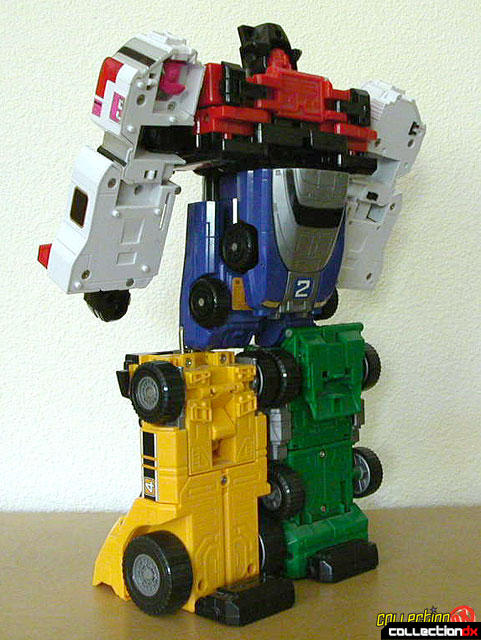 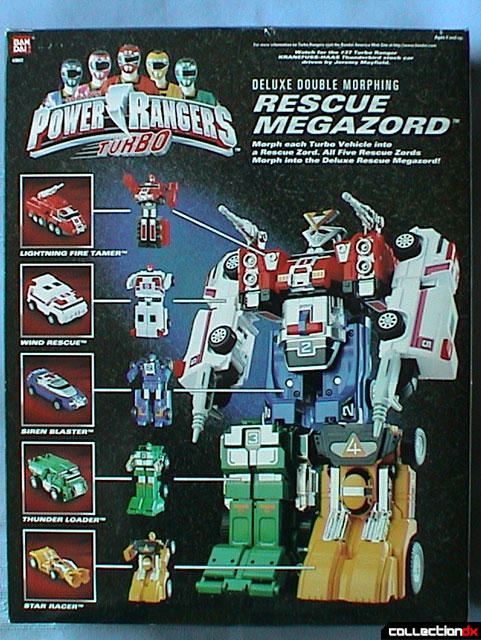 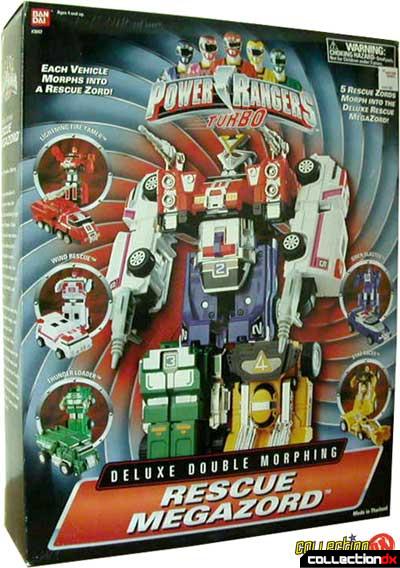 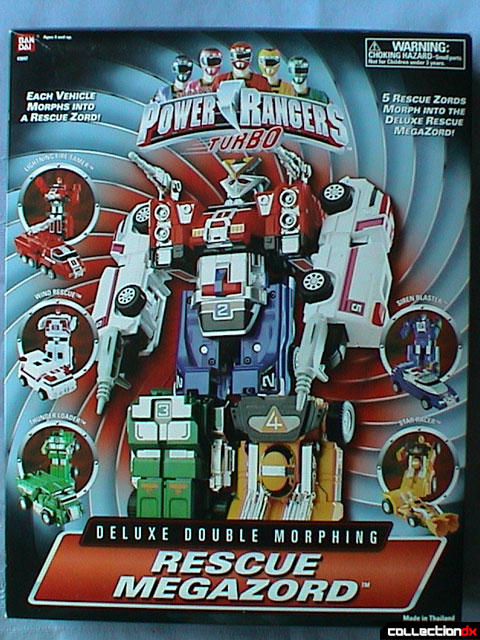 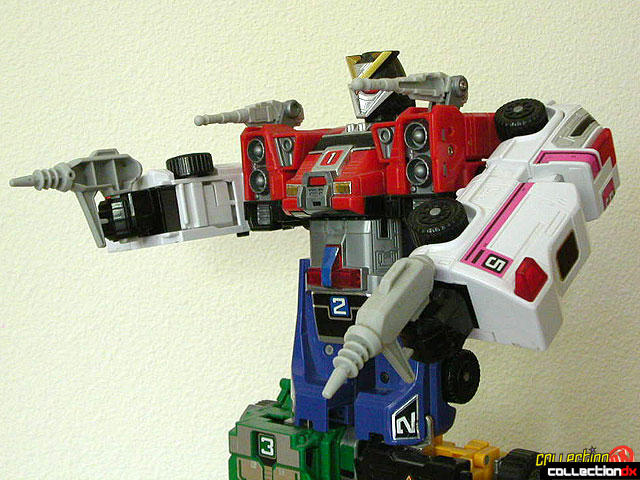 1 comment posted
Hi could u sell me this toy????