Kamen Rider Ghost, on the whole, was kind of an inconsistent mess of a series. However, I loved Kamen Rider Necrom’s design from the moment I saw it, and the character inside the suit was definitely the best one the show had to offer. While this Figuarts rendition of Necrom isn’t bad, it’s definitely not worth what I paid for it, and is definitely not up to the standard of the rest of the line. 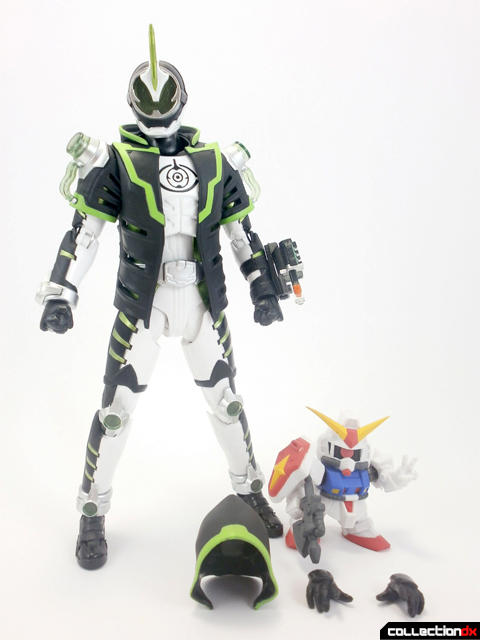 Necrom has a very low accessory count, all you get is another hood piece and a pair of splayed hands. 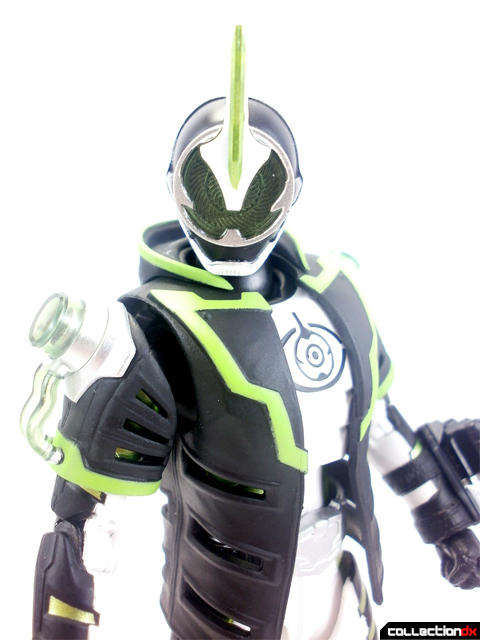 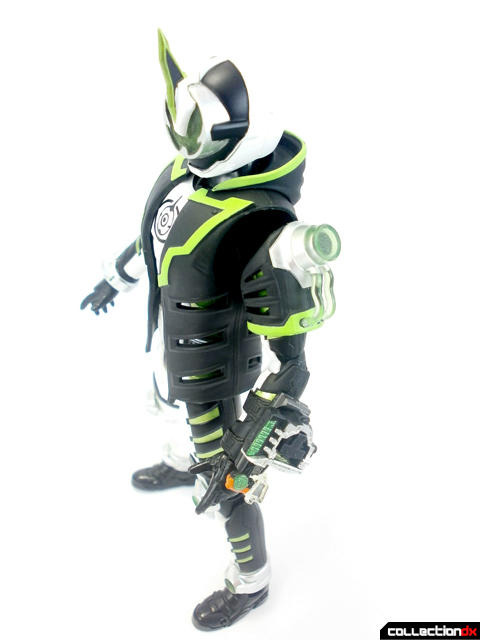 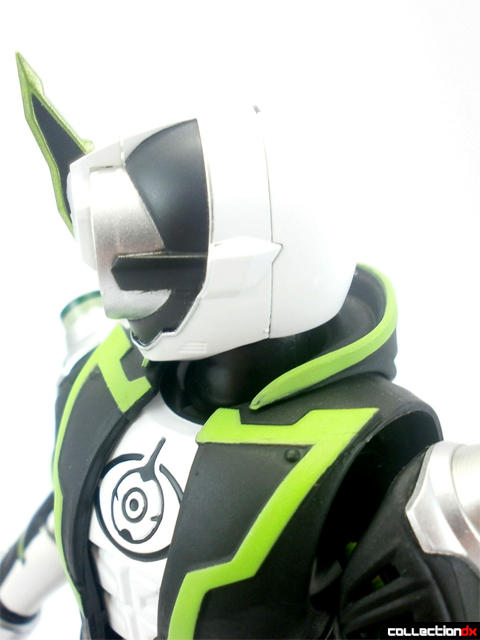 If there’s a single definite positive about Necrom, it’s that he looks superb. He’s possibly one of the most photogenic toys I own. 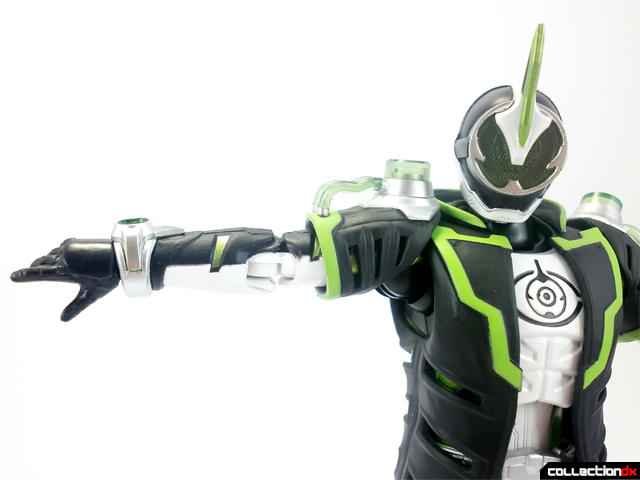 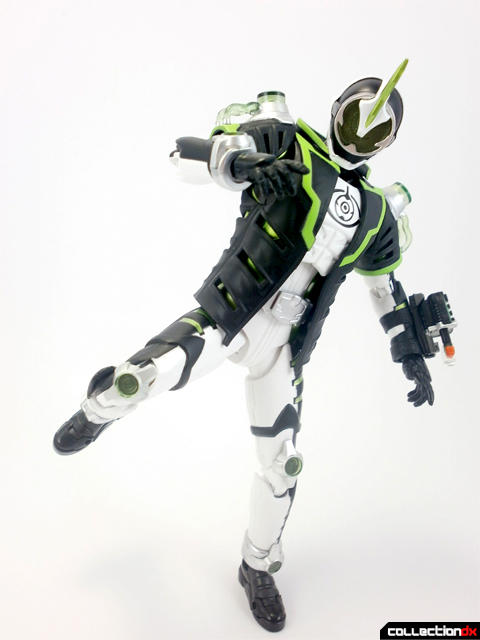 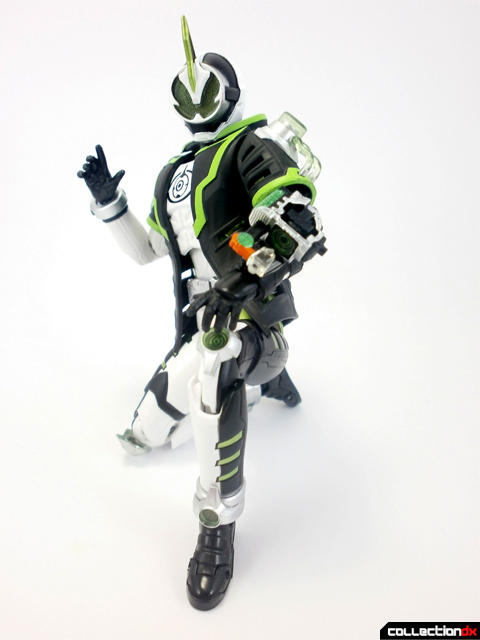 Once you start moving him around, however, you run into some trouble. Articulation isn’t quite as good as most other Figuarts, but this is slightly alleviated by the shoulder, which can be pulled out for more range of motion. Any sort of kneeling pose looks awkward, too. 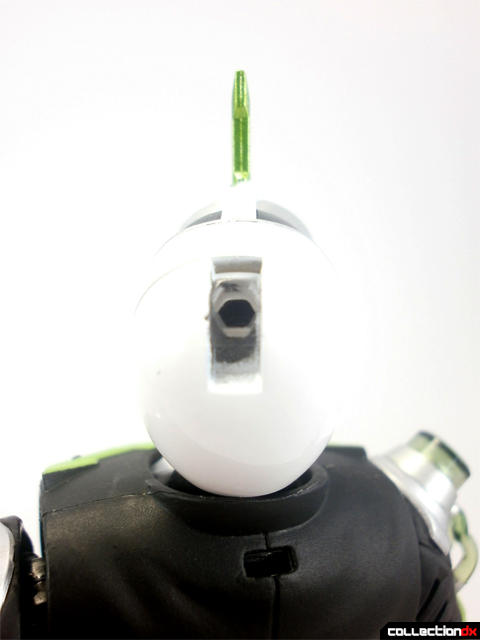 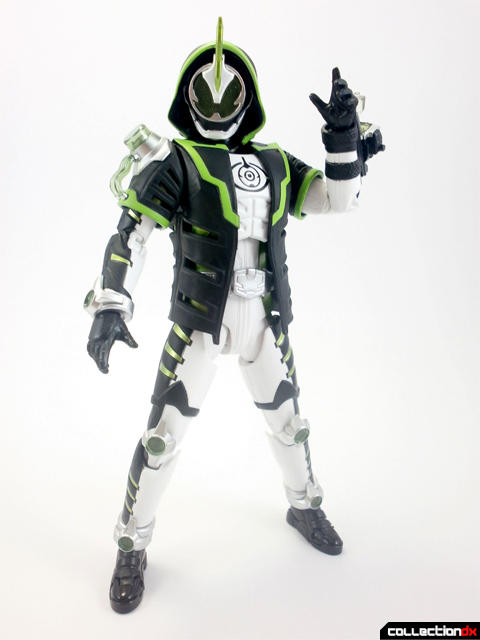 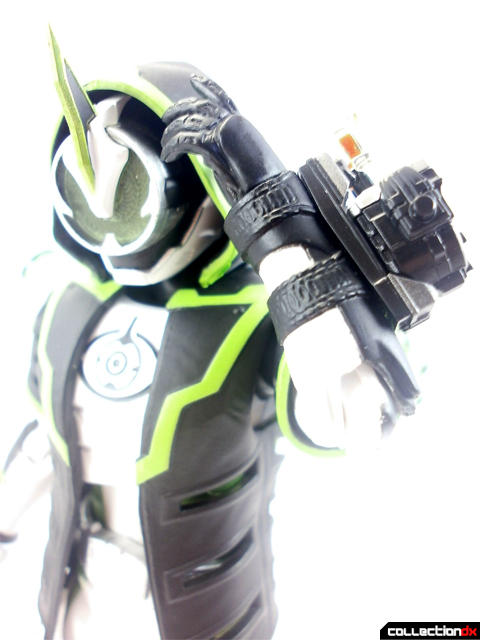 Remove a piece from the top of the head to reveal a hole to plug the hood into. 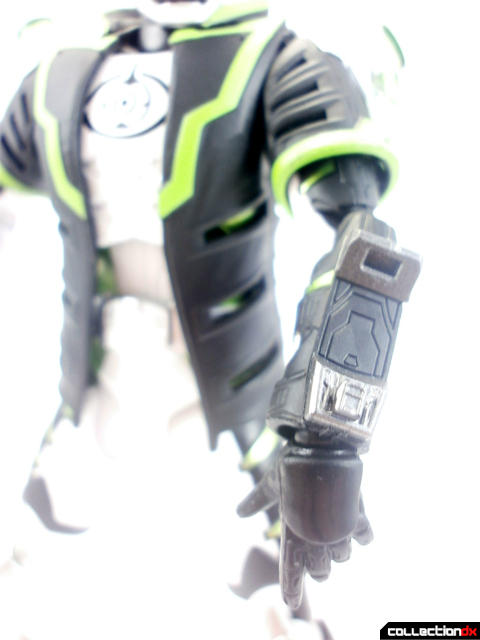 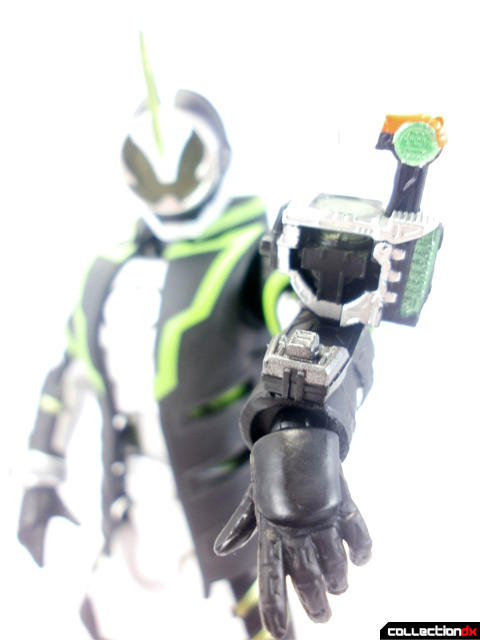 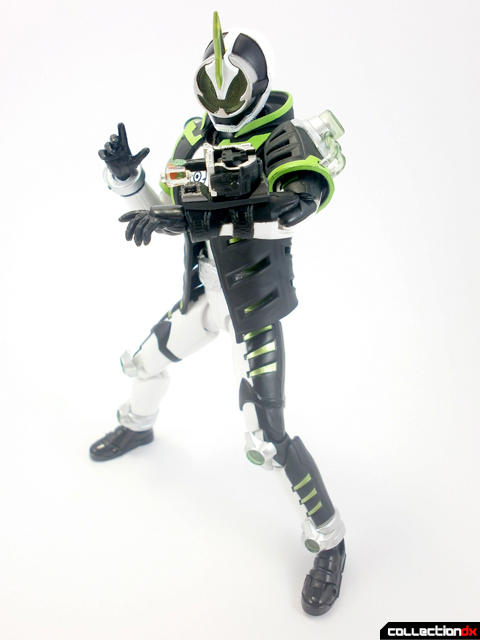 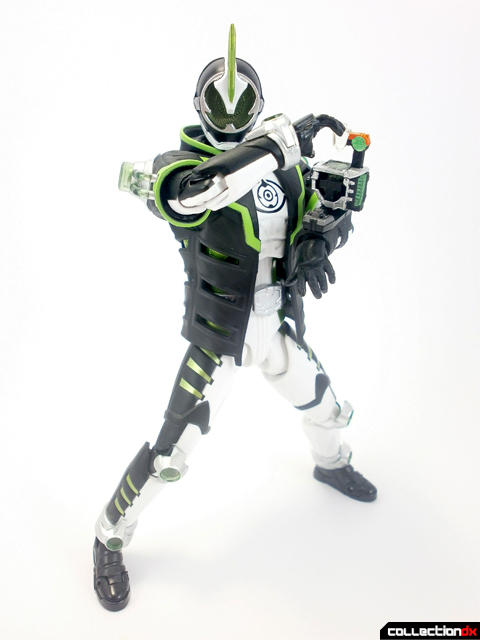 Some Rider Figuarts include several pieces to replicate their transformation device. Necrom just comes with one that can be flipped around to recreate his various actions from the show. 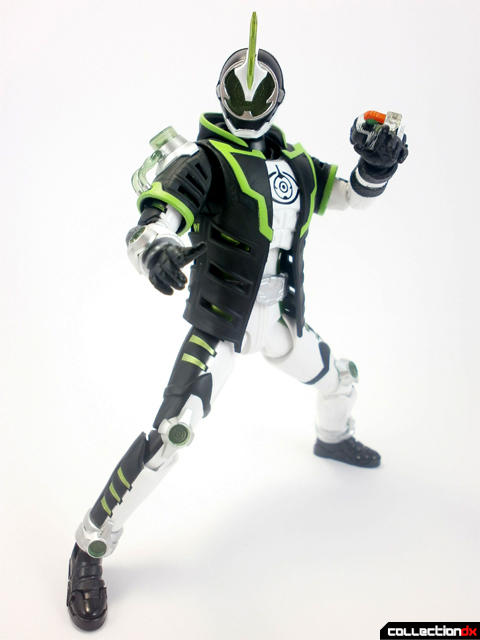 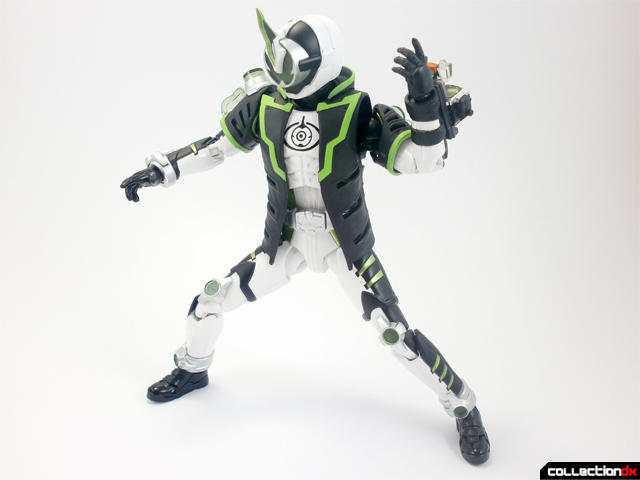 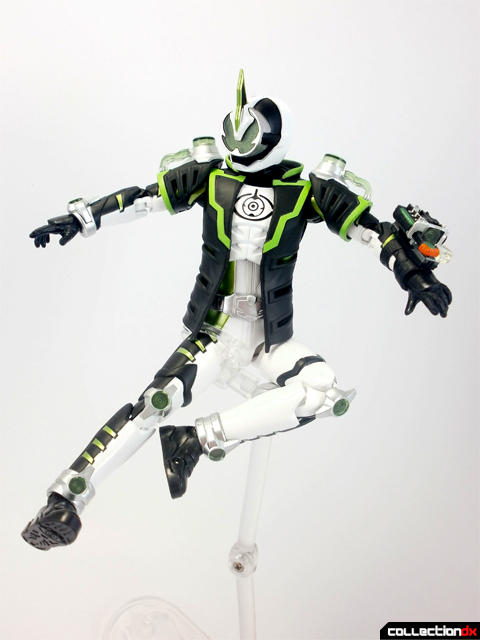 Necrom can still pull off a solid action pose. However, he likes to come apart like no other Figuart I’ve ever owned. The arms will frequently go to pieces, and I couldn’t tell you how many times I had to put his torso back together over the course of this review. 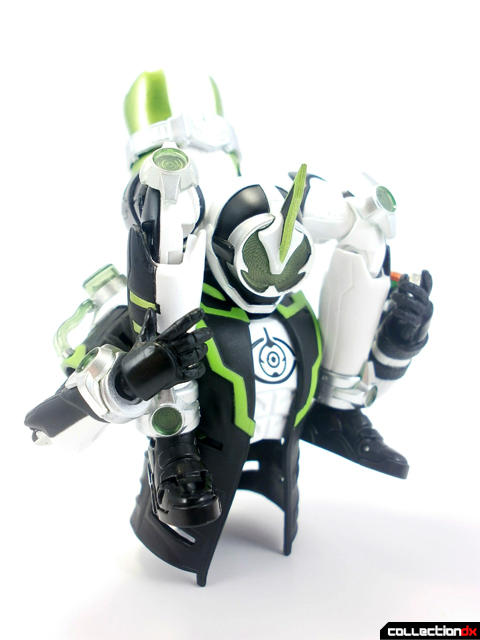 As much as I like this design and character, the fact that Figuarts Necrom was not only overpriced but also a Tamashii Web Exclusive adds insult to injury for this sub-par offering. Here’s hoping next year’s Riders fare better.

What, no Ben 10 comparison pics?