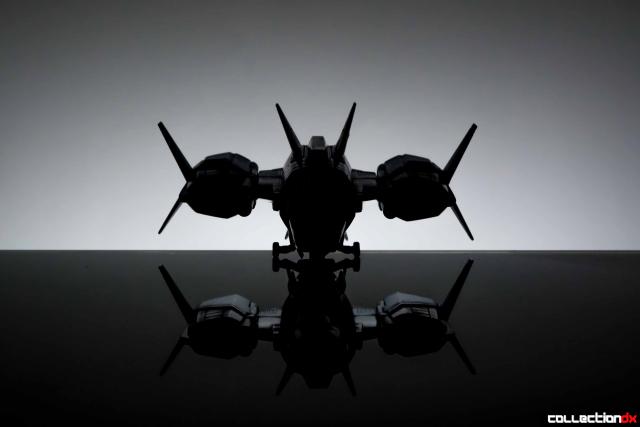 The XIG Fighter SS (Sky Surfer) a fighter jet of the eXpanded Interceptive Guardians (XIG), a branch of G.U.A.R.D. I haven’t watched Ultraman Gaia, but all you really need to know is that XIG is the Earth Defense Force for this particular series. The neat gimmick of the show and original toyline involved transforming container vehicles that could fold up into hexagonal containers and launched from the Peace Carry and Aerial Base. The Ultra Mechanics World Line seems to be Bandai’s attempt at upscale versions of Ultraman vehicles for collectors with the XIG Fighter SS as the second release in the series. 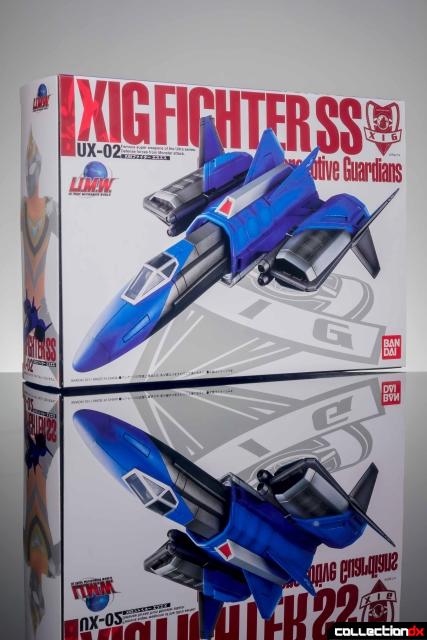 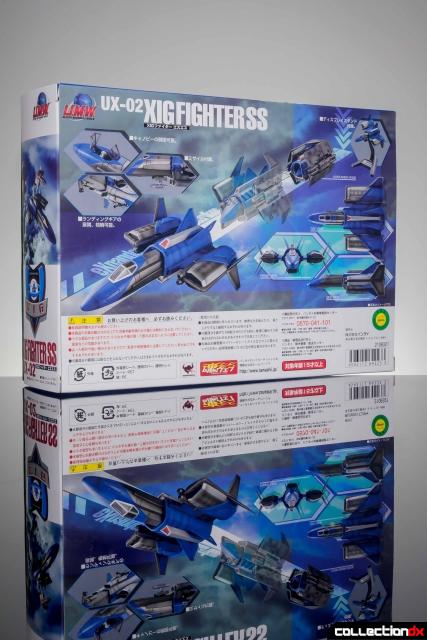 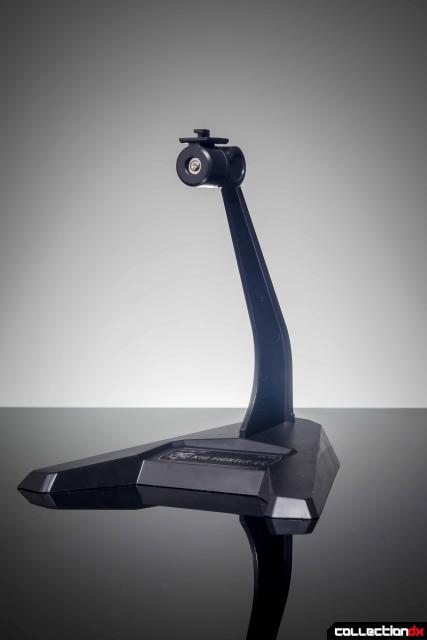 The XIG Fighter SS comes packaged in a clean window box with a magnetized flap. The contents are fairly scarce, and the plastic tray inside only contains the fighter and a missile attachment. A simple stand is included along with the instructions in a plastic bag under the try with two ratcheting joints to allow the fighter to rotate up/down and left/right. 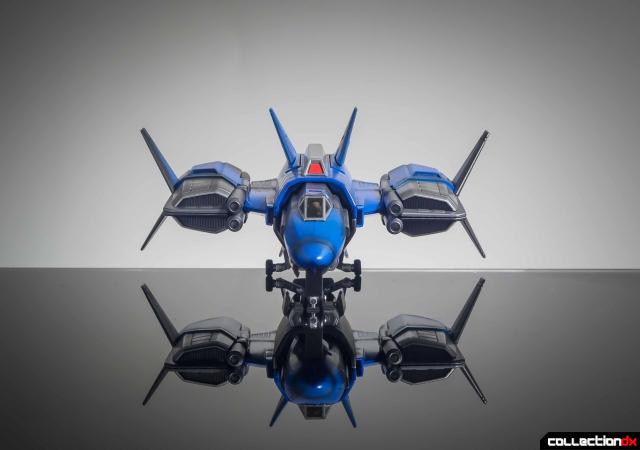 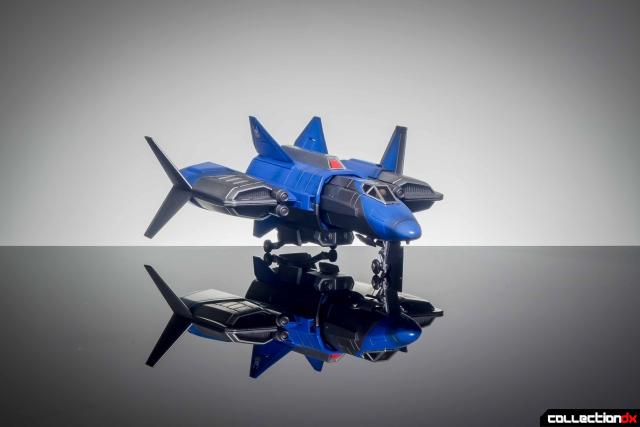 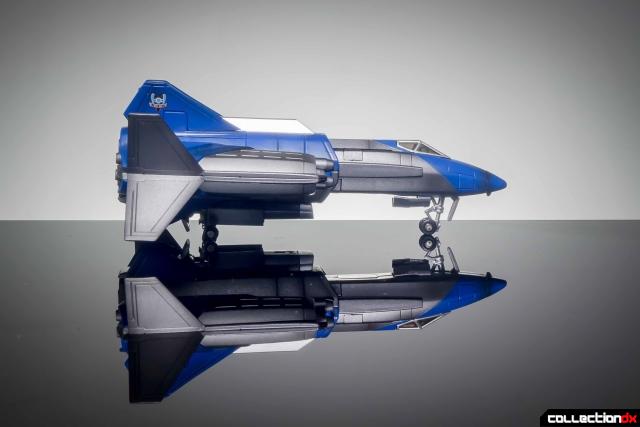 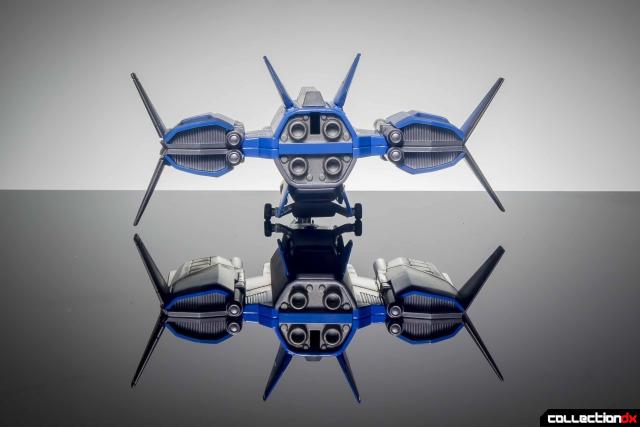 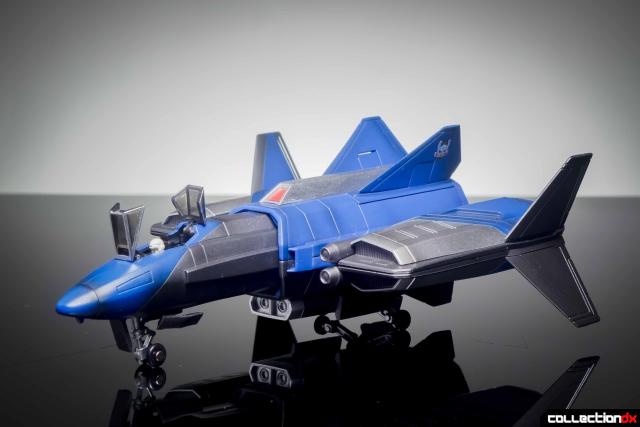 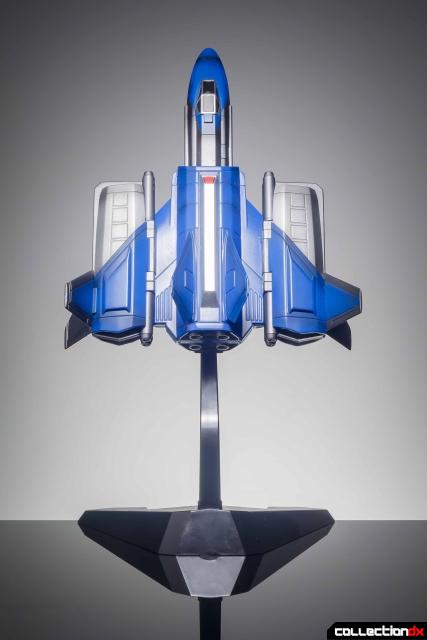 The Sky Surfer is a very sleek blue colored fighter with diecast in the core body and roughly 6 inches long. There two canons on either side of the fighter and the cockpit opens up to reveal the pilot. Metal landing gears can be extended from the underside of the body and an additional bay opens up behind the front landing gear to insert the missile attachment. 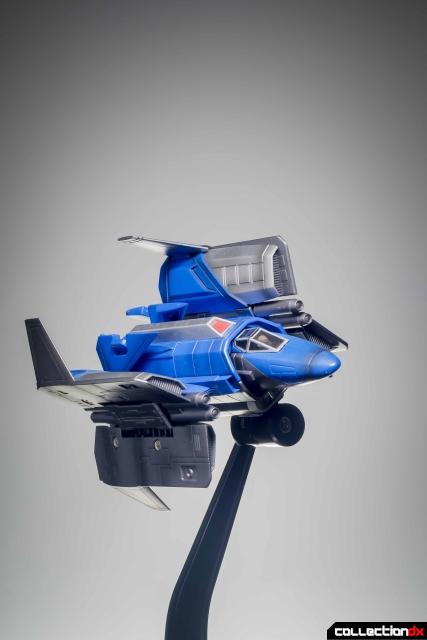 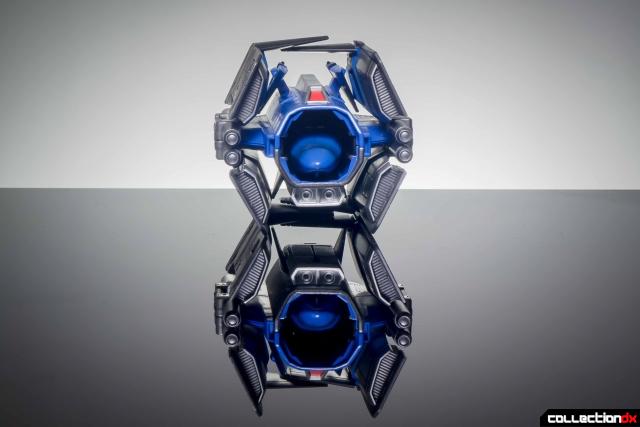 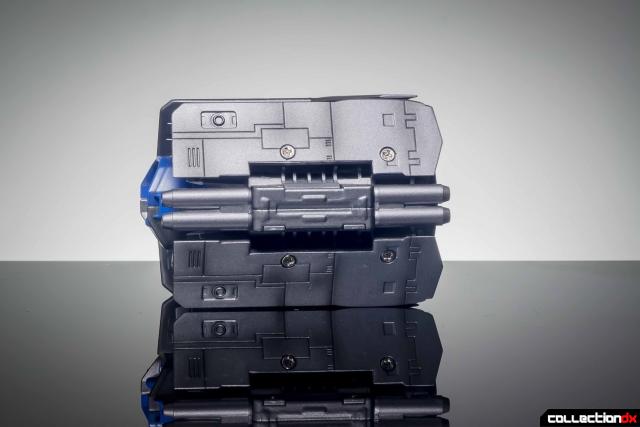 Transformation into the container is simple, with the fighter’s wings folding open and the nose sliding into the body. The upper and lower left side wings have a hinge that allows them to fold under the right side wings. 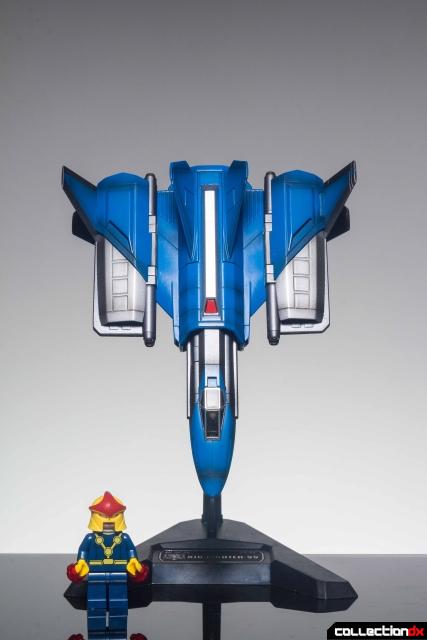 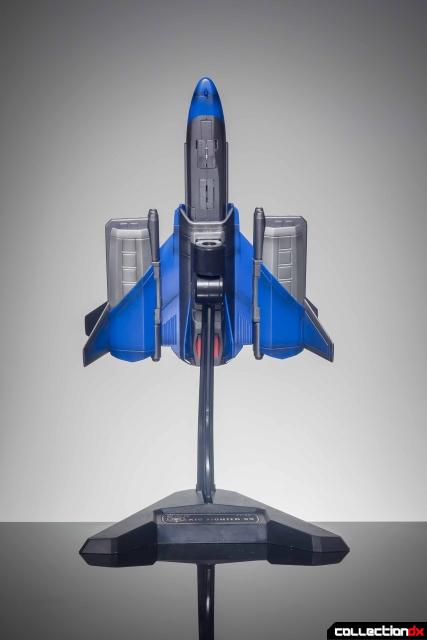 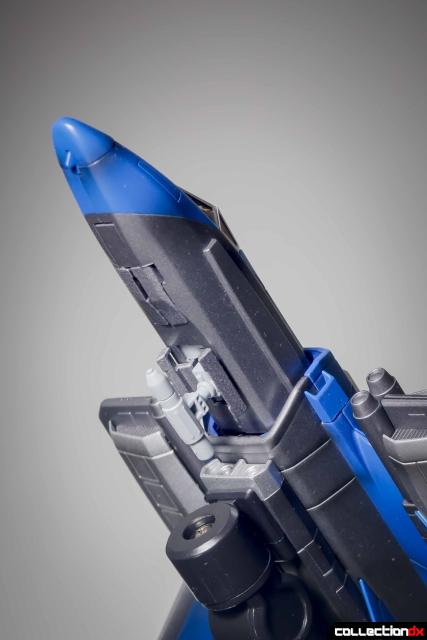 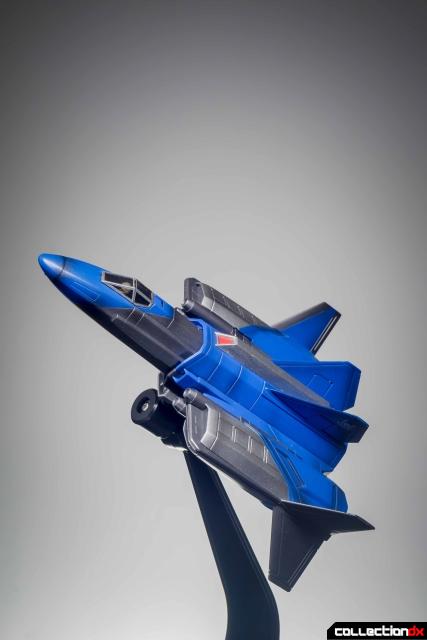 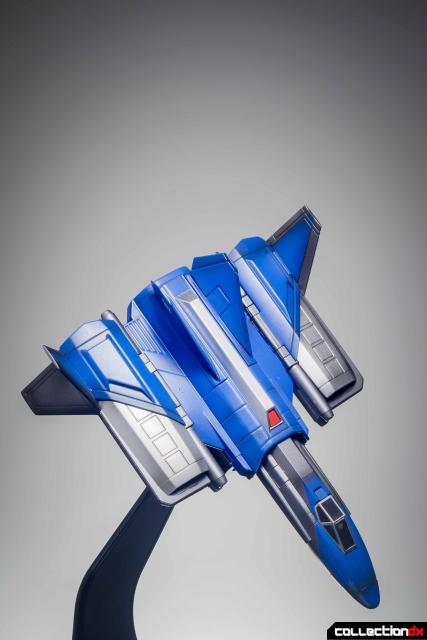 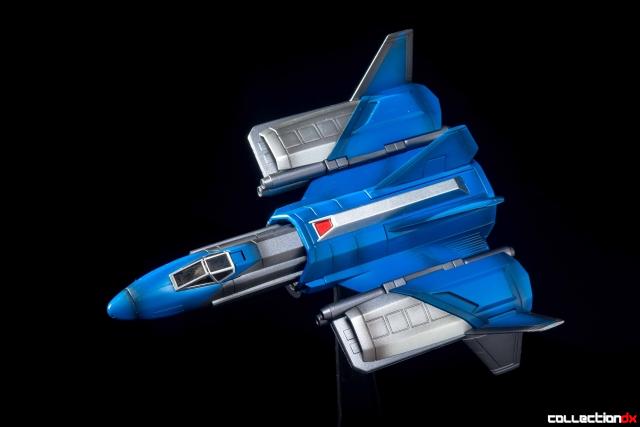 The Ultra Mechanics Work Sky Surfer is pretty awesome toy featuring a fair amount of diecast and fun transformation. Unfortunately it seems the toy line did not take off, as there are currently only three releases in the series along with a web exclusive. At 4800 Yen retail, the fighters are a bit pricey for what you get and I was lucky enough to purchase the XIG fighters on clearance at HLJ for six dollars each or so. I think at 20-30 dollars, these would have been a great deal but the retail price puts them at SRC prices for a lot less toy. The only issue with the UMW fighters is that the way they slot into the stand combined with the metal content makes the fighter move around a tiny bit when tilted to the side. The fighter won’t fall off but it does mean that it will not stay perfectly straight with the base, which can be really irritating if you are slightly OCD. Overall, the Sky Surfer is a really solid, albeit expensive toy. If you can get one for around 2000 yen, I would highly suggest picking one up. It’s a shame that the line seems to be dead as I would have loved to get the rest of the Container Vehicles as UMW releases but this does make me want to track down the Popynica versions.

(Oh, don't be like that, you know you were thinking it!)

But seriously, the fold-up thing reminds me of that old StarCom line, which I thought was awesome when I was a kid.