Ultraman Belial is an EVIL ultraman, who was imprisoned by the Ultraman King. Of course, he wouldn’t be here if he didn’t get out, which he did in the movie Mega Monster Battle: Ultra Galaxy Legend the Movie. He then proceeds to kick all kinds of ass and look awesome while doing it. 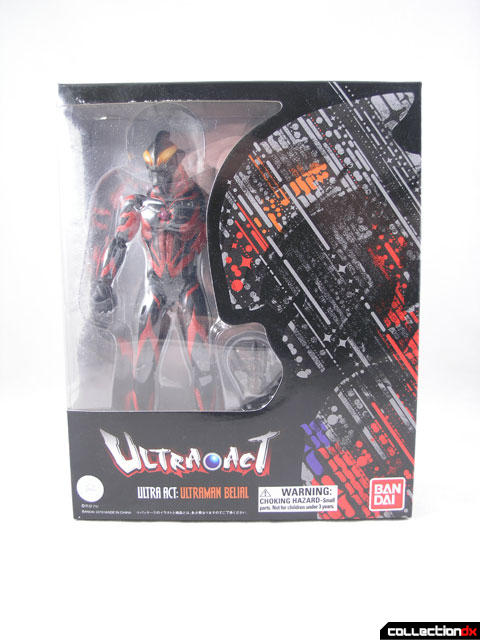 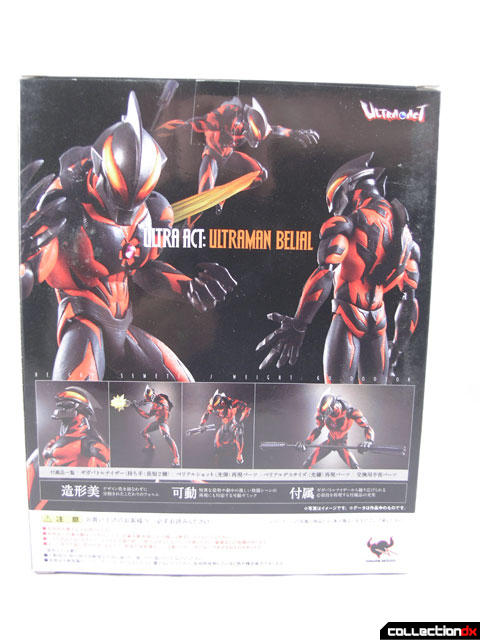 As part of the Ultra ACT series of action figures, Belial is realized in hyper-articulated form. He can now be menacing in many different poses. 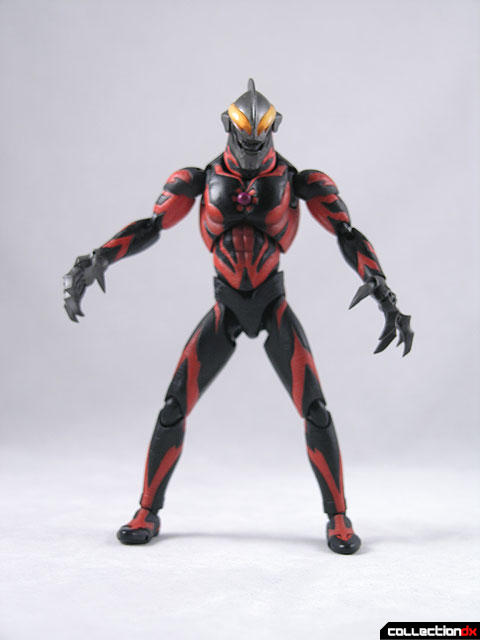 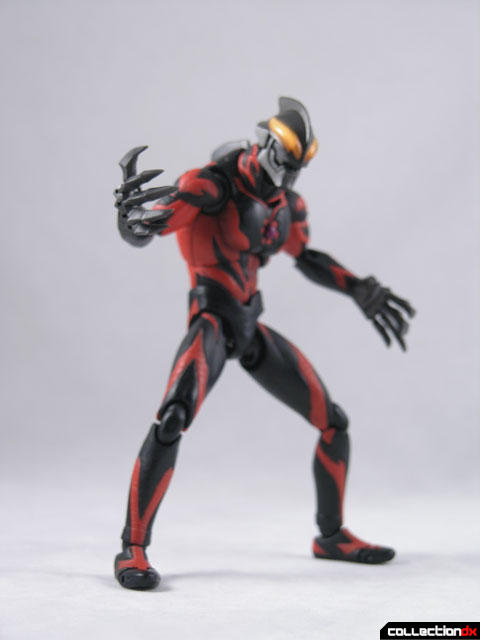 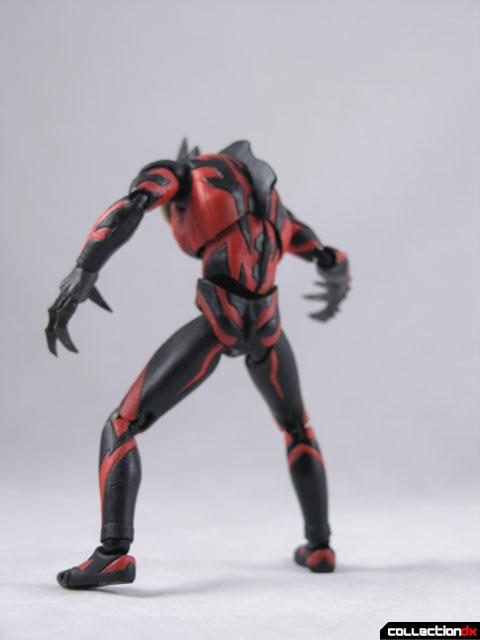 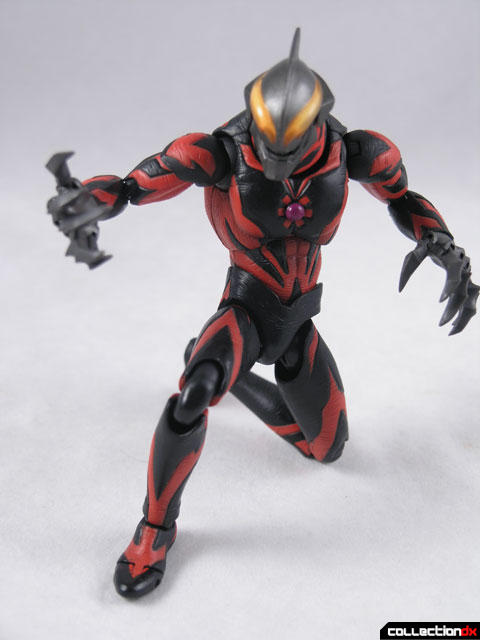 The head and neck feature a multiple of joints so you can really get a good pose out of him. In fact, the only pose he can’t really do is look up! The neck has a dual joint and the mouth has a joint as well. 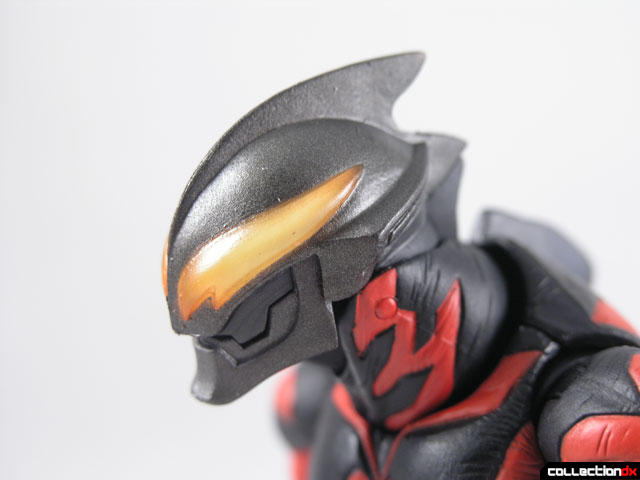 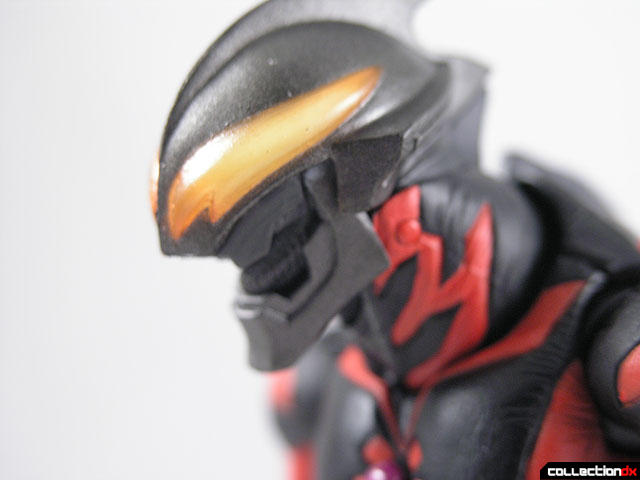 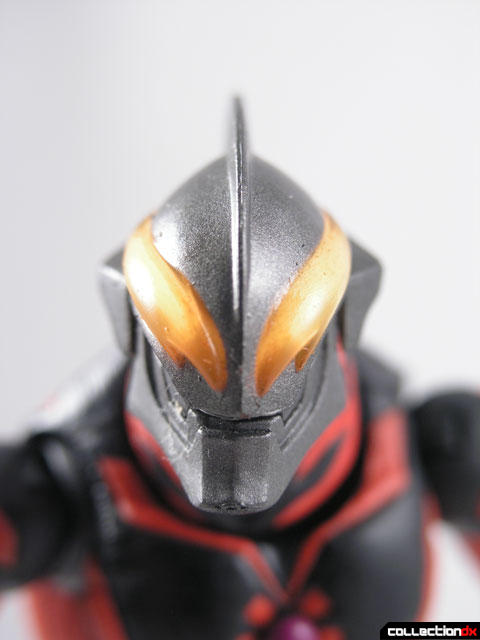 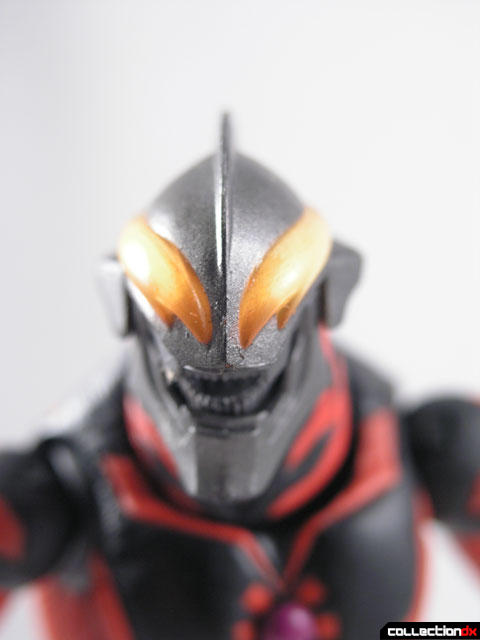 The chest is nicely detailed with textured skin and the life meter on his chest. There’s a ball joint in the chest, and a swivel joint in the waist. 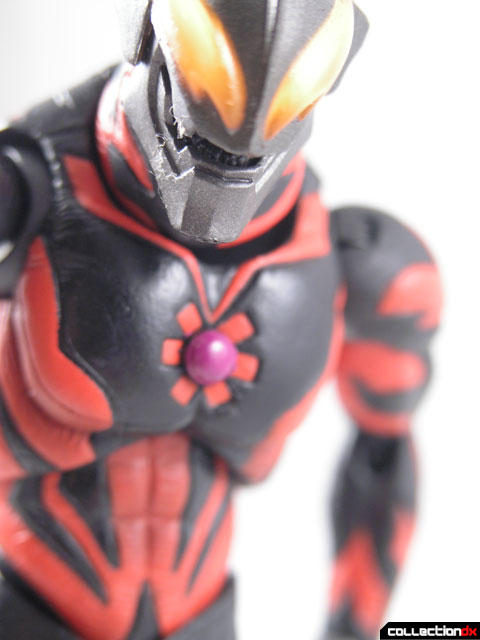 The shoulders have that cool double ball joint going on that really allows for a wide range of motion. Elbows are double jointed, and the hands are on ball joints. 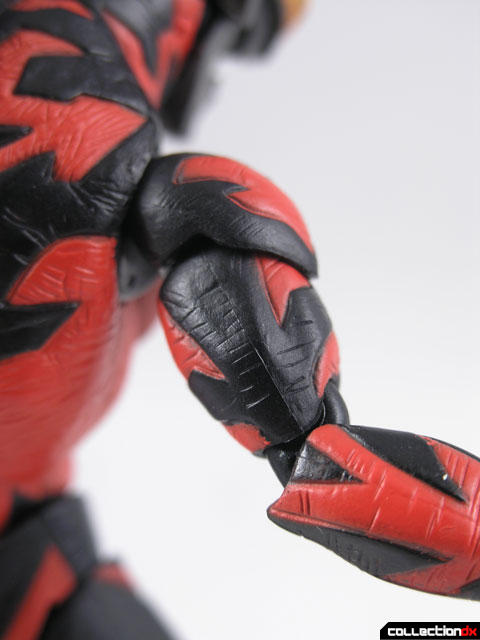 Variant hands are included, but I like the open hands with moveable fingers! 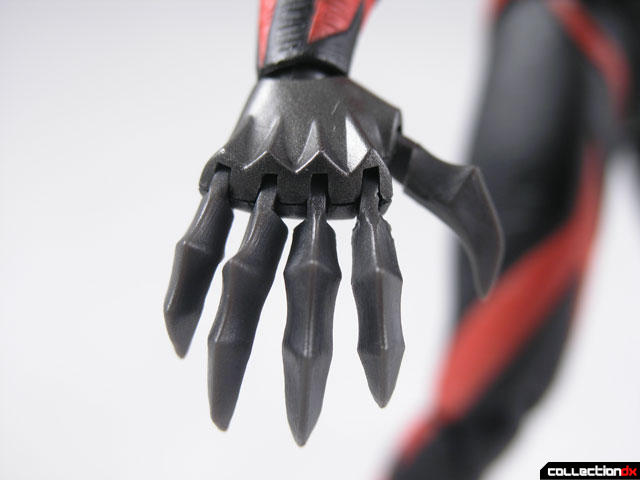 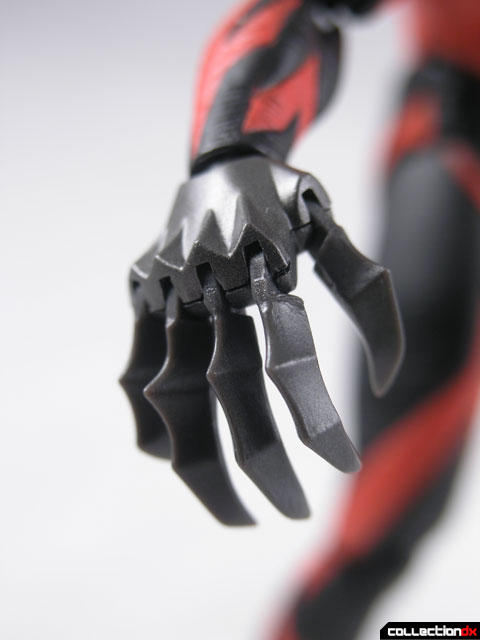 The hips are ball joints and have a good range of motion, but I have to admit that I popped these out of their sockets many times when trying to get more dynamic poses out of him. The legs don’t splay out very wide. 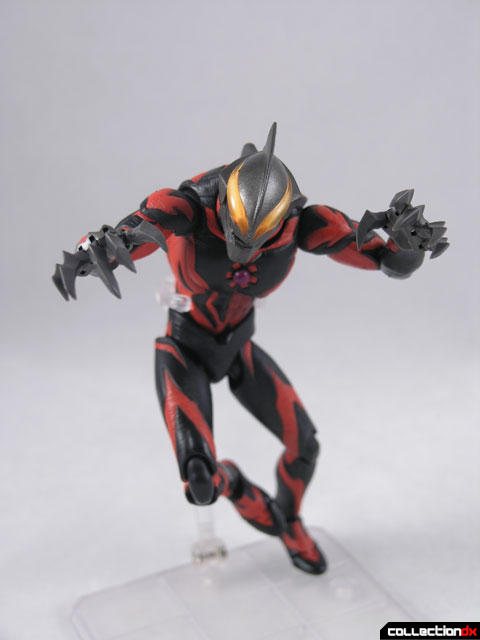 Knees are double jointed and the feet are super articulated. They swivel, bend, tilt, and even the toes have joints. 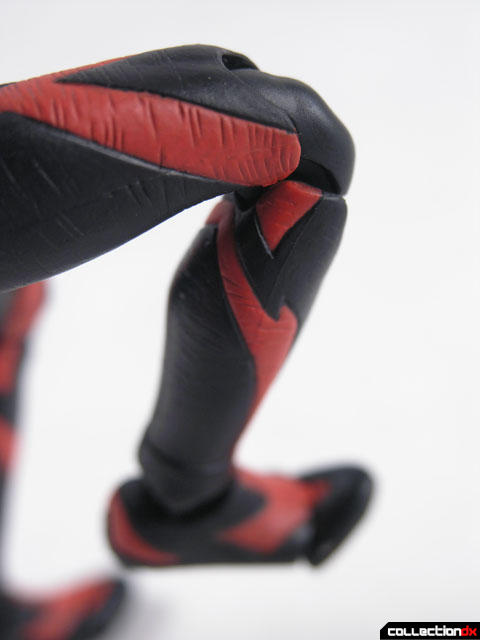 The whole figure is made out of hard plastic and feels very comparable to a Marvel Legends figure, but much higher quality. 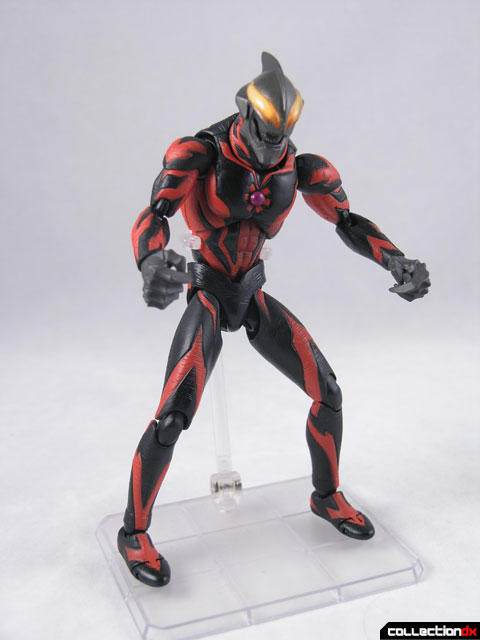 Belial comes with a weapon called the Giga Battle Nizer. It consists of two blocky weapon ends connected by a rod. Two rods are included – one long and one short. Also two blast effect parts are included. 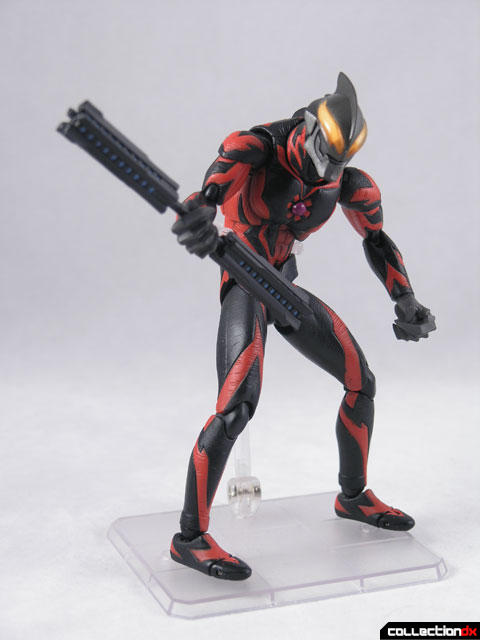 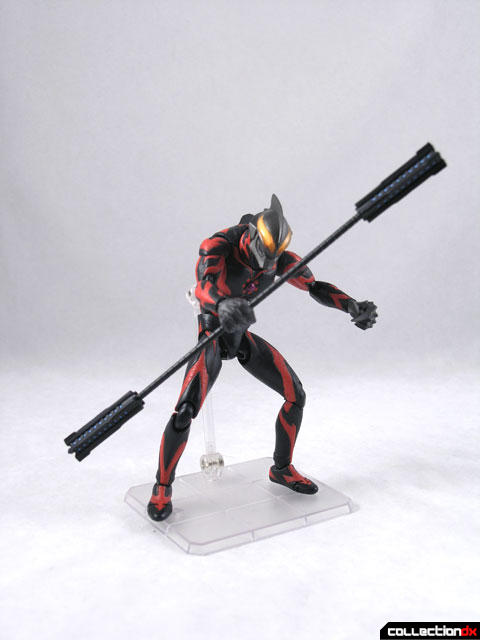 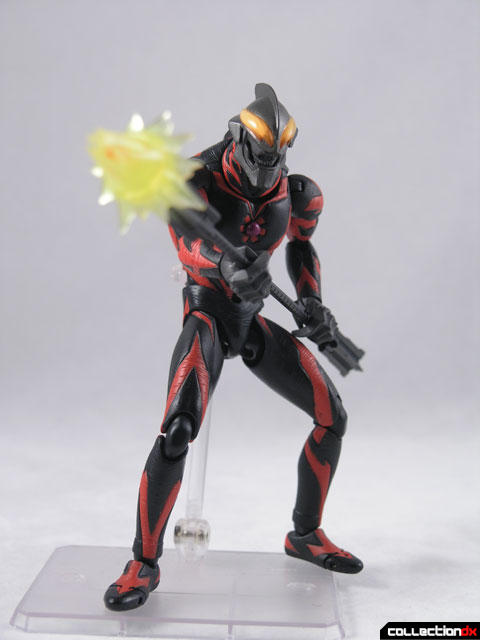 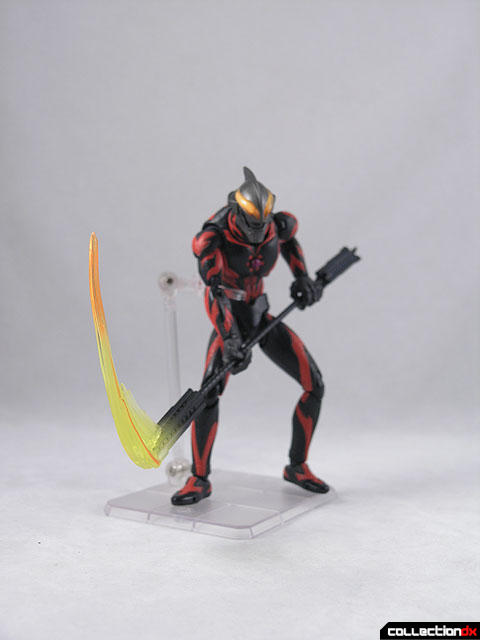 Overall it’s a really nicely done action figure. You can get yours at BigBadToyStore.com

Looks like an Eva Unit, which is ironic since they were inspired by Ultraman.

This guys looks like the love child of Ultraman and an Eva.

Neat! Looks like the Carnage symbiote enveloped Ultraman. I love evil versions of the hero! Perhaps I'll end up getting this one sometime...

Thanks for taking the high road while discussing the articulated hands.