The latest surprise Jumbo release from Bandai Creation, the Mega Red Power Ranger is from the upcoming show "Power Rangers: Operation Overdrive" which is due to air in the US in February of 2007. There was talk of this toy being released back at the February 2006 Toy Fair, but was conspicuous by its absence in later press releases. But here it is just in time for the holiday season. 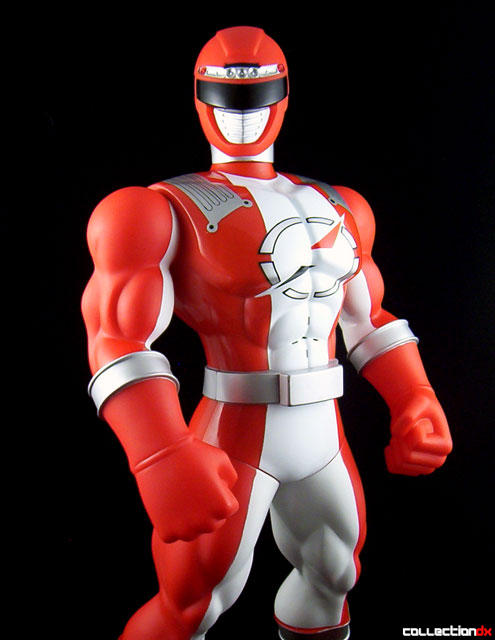 This toy is simply the latest Red Ranger rather than the latest Megazord. When the previous Jumbo Ranger came out, I figured I'd give it a chance and when I heard that the next Jumbo would also be a Ranger, I had hoped that they would at least mix it up with some of the other Rangers. Instead it looks like we'll be getting nothing but Red Rangers. I find this rather disappointing since both toys have the exact same body sculpt, with the only difference being the head and the belt buckle. So if the toys are gonna be exactly the same, can't we at least get some different colors? 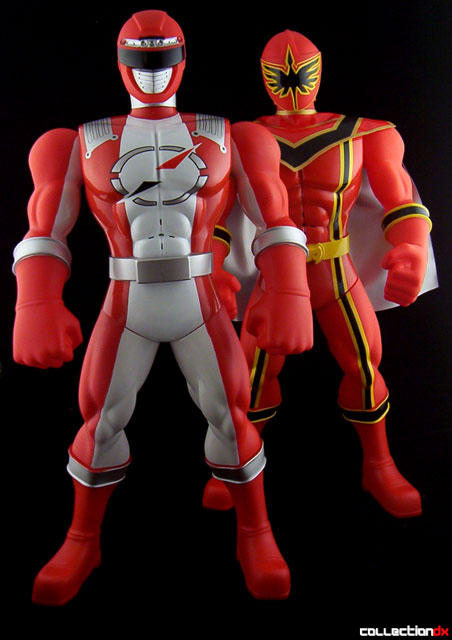 Unlike the previous entry, this one has no cape, but it does still have the talking feature. With two AAA batteries inserted into the back, you can press the belt buckle to hear two phrases spoken. One phrase is "MIssion complete!", but I have no idea what the other is. Seriously, I've listened to it over and over and it makes no sense to me. It's either "Vehicle active", "Sphere collected" or "Be epileptic". Or maybe it's not English at all. I don't know.

I will say that I do prefer the design of the head on this one more than on the other. It seems to be a little more classic Sentai to me. And the logo on the chest is somewhat sharp, being sort of reminiscent of the logo of the defending Stanley Cup champion Carolina Hurricanes. But overall, if you didn't like the Jumbo Ranger, you won't like the Mega Red Power Ranger. 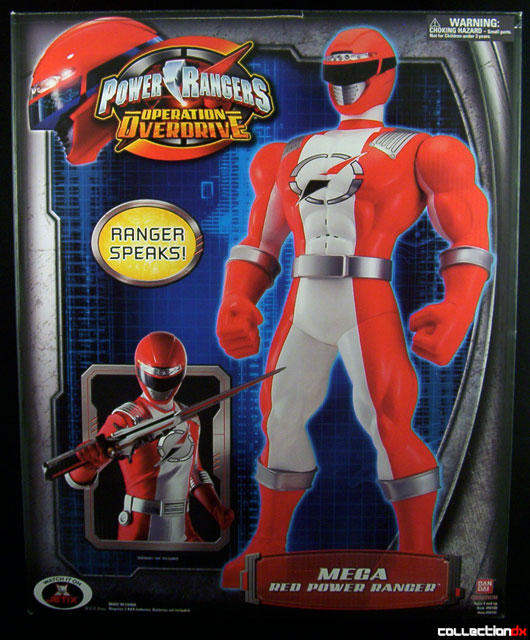 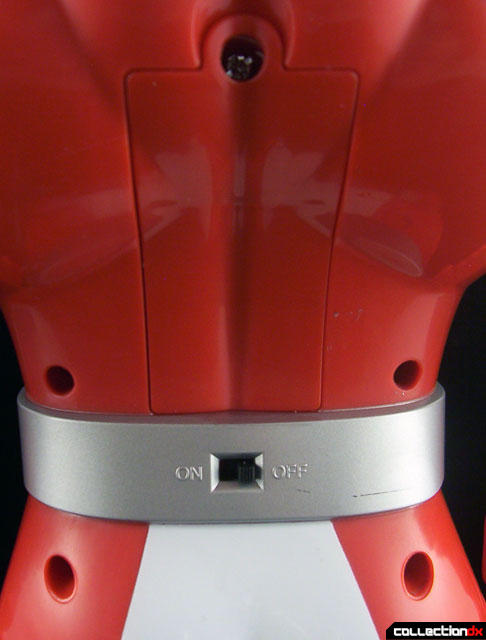 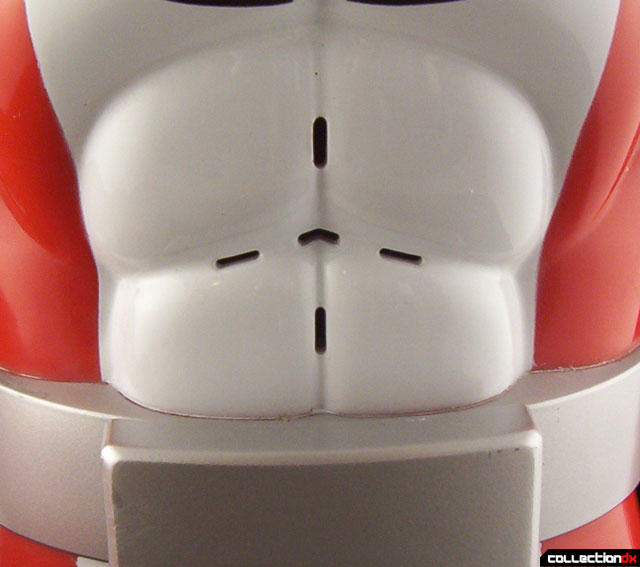 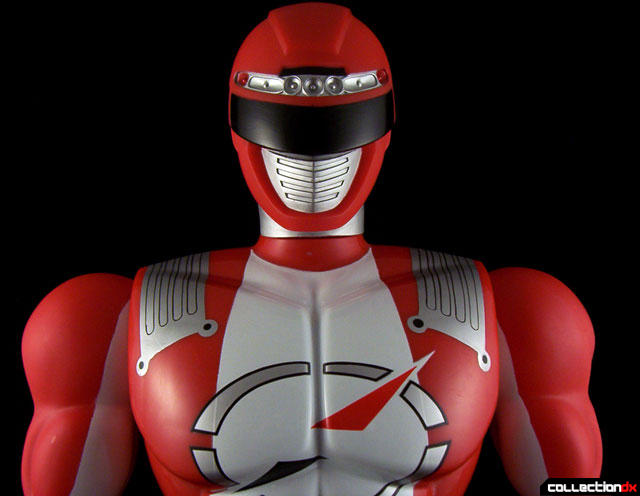 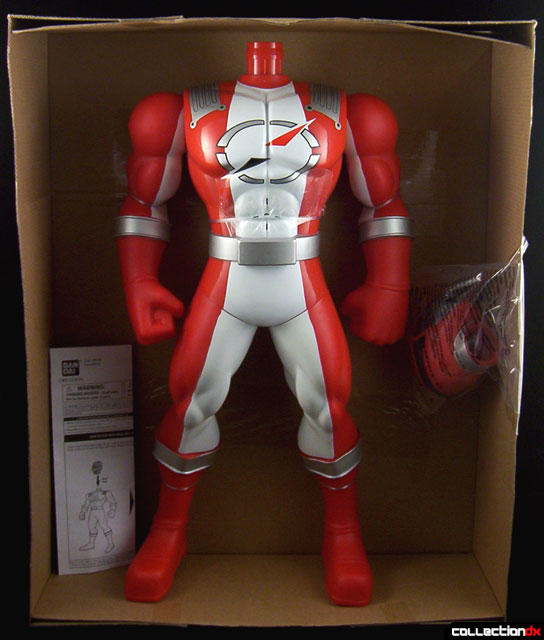 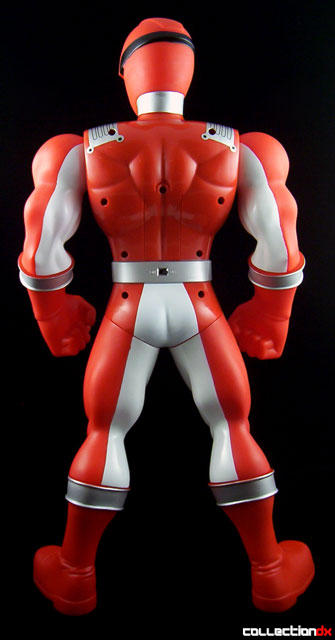 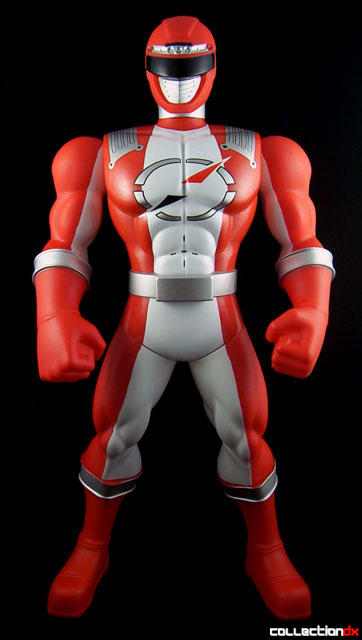 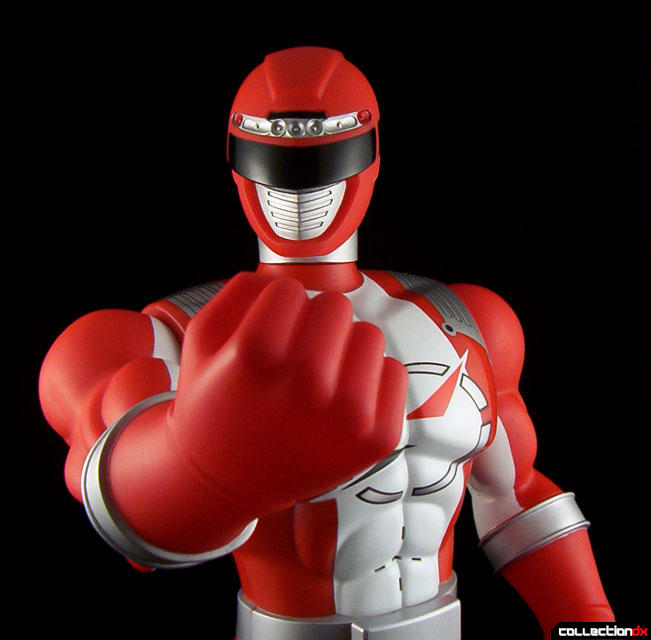 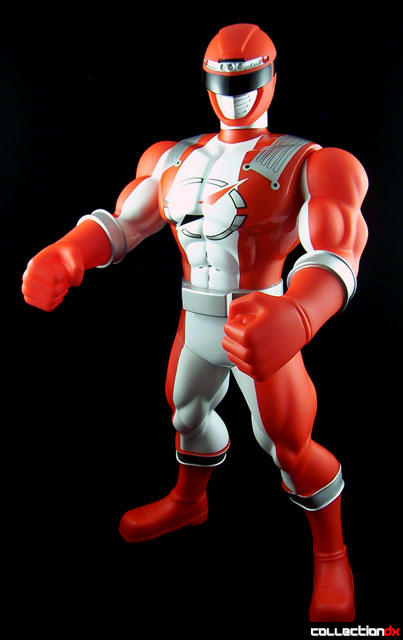 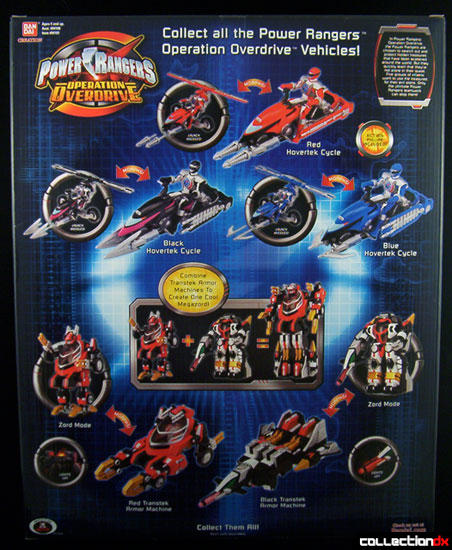 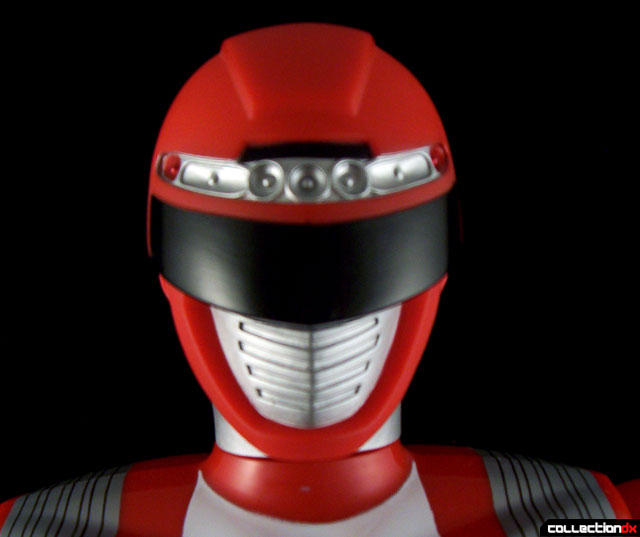 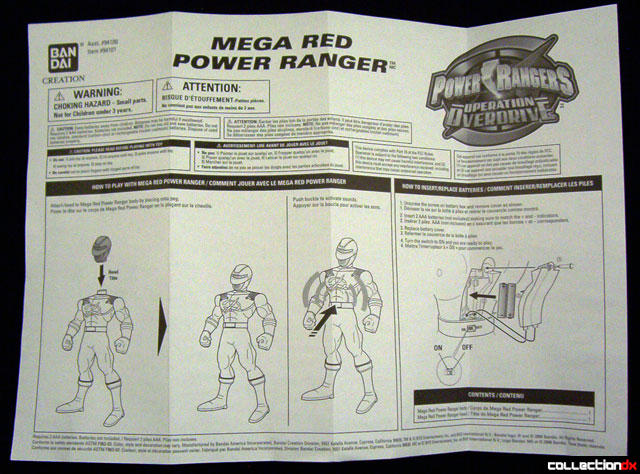 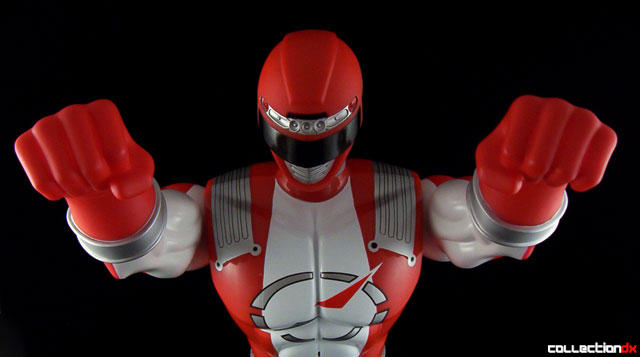