Bandai Creation's line of Power Ranger Jumbos continued in late 2005 with the release of the first non-robot character, the Red Ranger. I was skeptical when I saw the initial pictures on the web, as were most Jumbo fans who much preferred jumbo robots, but I decided to check it out for myself. I was pretty disappointed when I took it out of the box. Not only is the toy shorter than the previous entries (measuring in at approximately 21" tall), but it is also much thinner than the rest. I didn't have any problem with Bandai Creation releasing a human instead of a robot, but I just wished that they had made it the same size as the others. Furthermore, the sculpt of the toy is a bit too muscular for my tastes. It looks more like a big giant He-Man toy than what I think of as a classic Japanese Sentai hero. 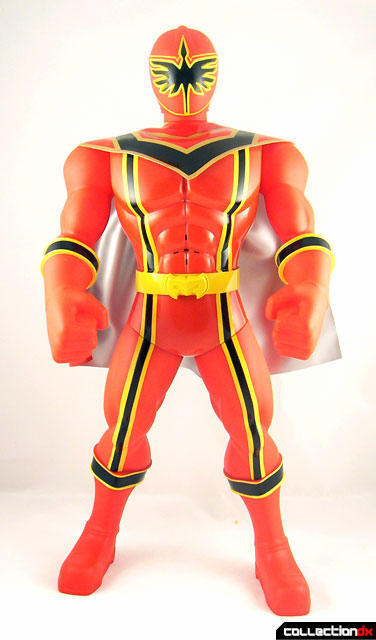 But the toy isn't all bad. I mean, it's a jumbo and any jumbo is a good jumbo, imo. But it also has a nice design on the mask, which is a well sculpted piece of vinyl that needs to be attached to the body. Then you have a cape that can be placed around the neck. An opening on the top, back part of the cape allows for you to pull the cape over his head and it can then be closed by a piece of velcro.

One other thing that sets this toy apart from most other jumbos, and the other Power Ranger jumbos in particular, is that the body contains a talk box. By pressing the belt buckle, you can hear two phrases spoken. This is really the first true "talking" jumbo. (Two previous jumbos made sounds, the Popy Godzilla Jumbosaurus and the Bandai Ryu Sei Oh, but those two only roared.) The phrases spoken are "Get Powerized!" and "Red Fire Attack!".

The Jumbo Red Ranger features 7 points of articulation at the ankles, wrists, shoulders and neck. There is a crease along the hips as though there is articulation there, but there isn't.

Should you buy the Jumbo Ranger? Well, to me it's a tough call. I'm a jumbo completist so I have no regrets with it. It's even grown on me with the passage of time. I have him displayed with some other jumbos that are closer to his size and it doesn't look bad in a group like that. But many people won't be able to see past it's action figurey style and will pass on it. For my money ($24.99 of it anyway), I say it's worth it. I'd rather spend the small amount that it costs to get it than end up regretting passing on it later. But I really think this toy will appeal more to children who like Power Rangers than it will to adults who like Jumbos. 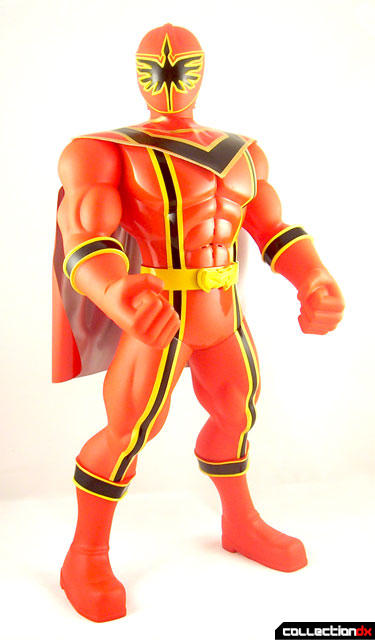 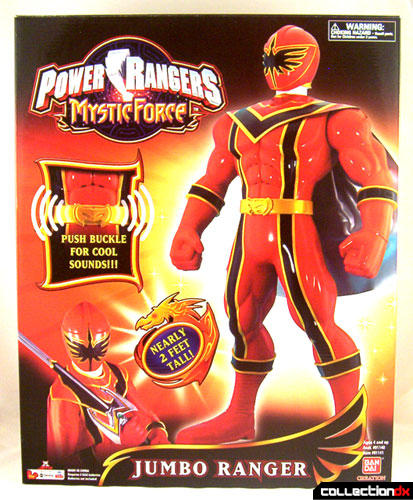 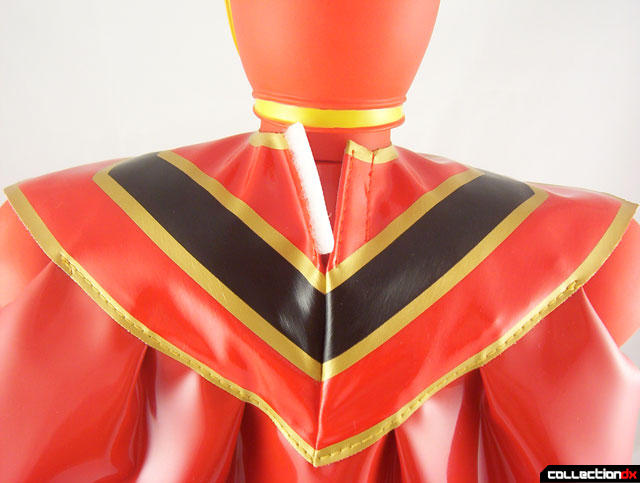 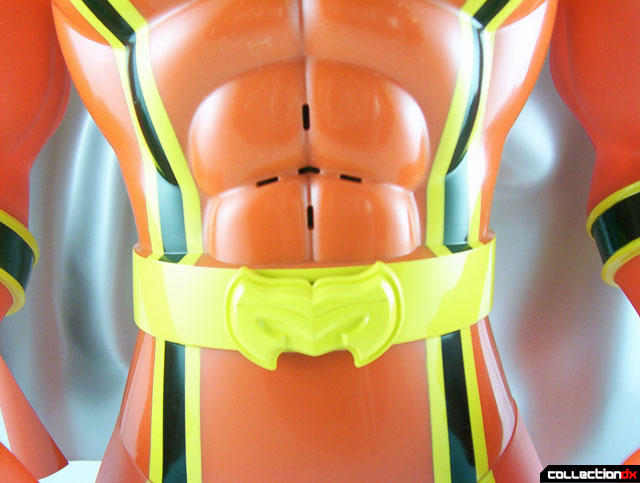 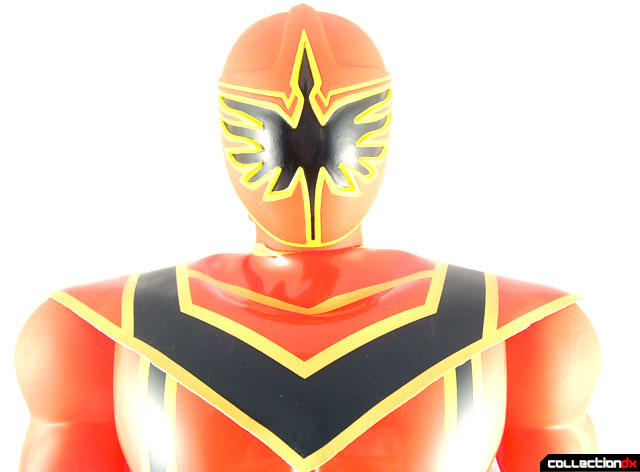 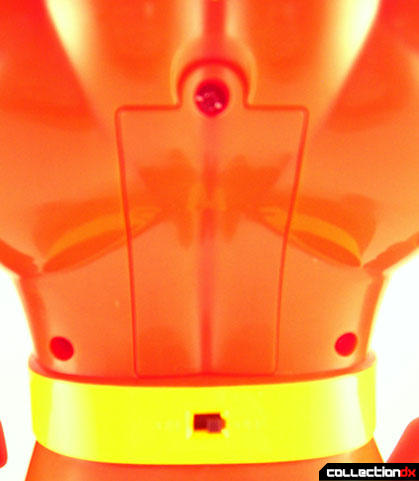 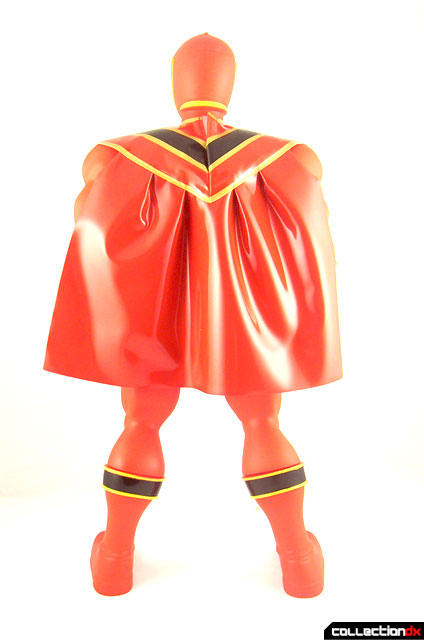 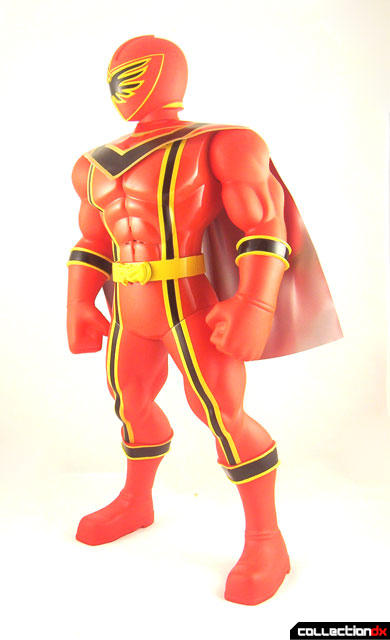 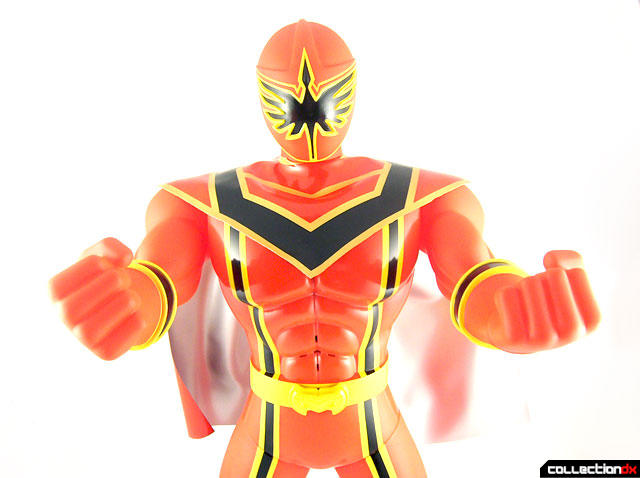 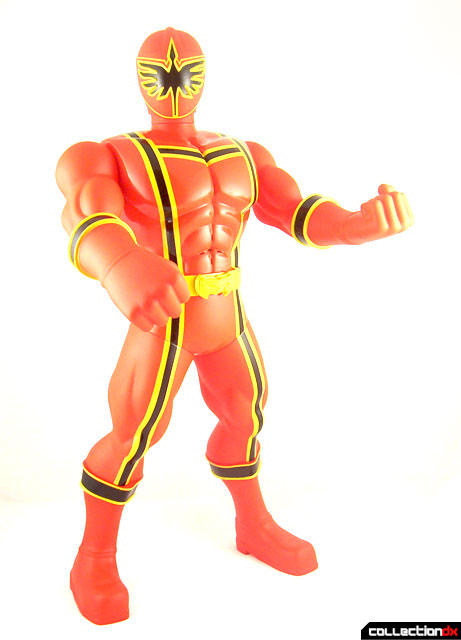