The second collectible mini-set in a line of 6 from "Hurricanger", Set 02 contains two Karakuri weapons, two pairs of color-coded Ball shells, and a pair of discs that can be used by any of the three transformation device toys - Hurricane Gyro, Gourai Changer, and Shuriken Ball (each sold separately). And, in a nice touch, the instructions are a single sheet of color photographs instead of the typical black-&-white drawings (all in Japanese, of course). 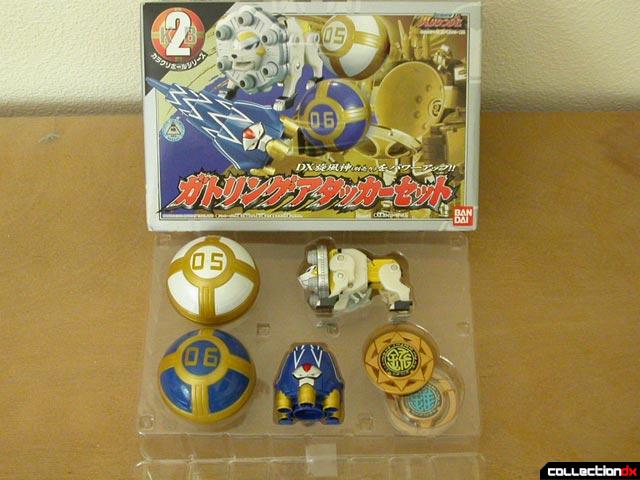 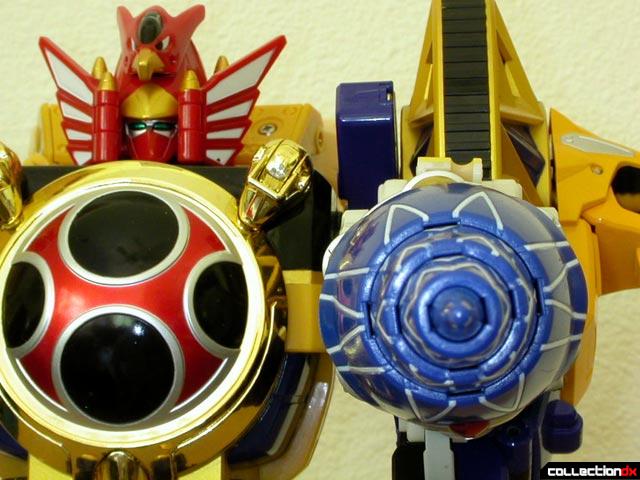 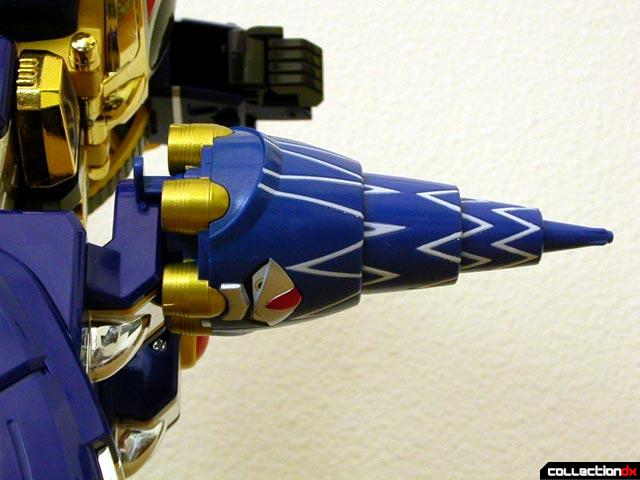 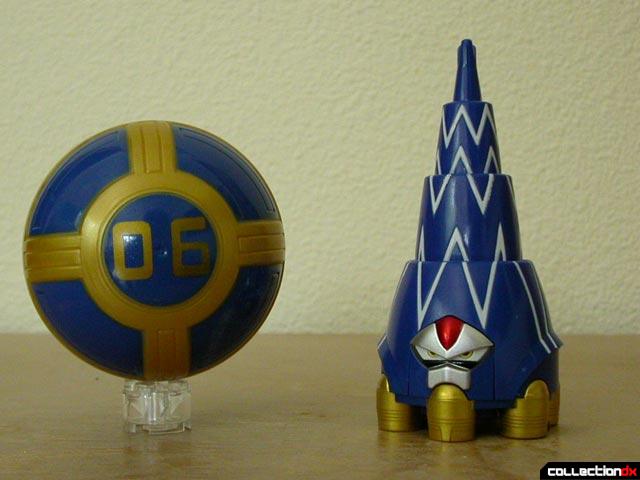 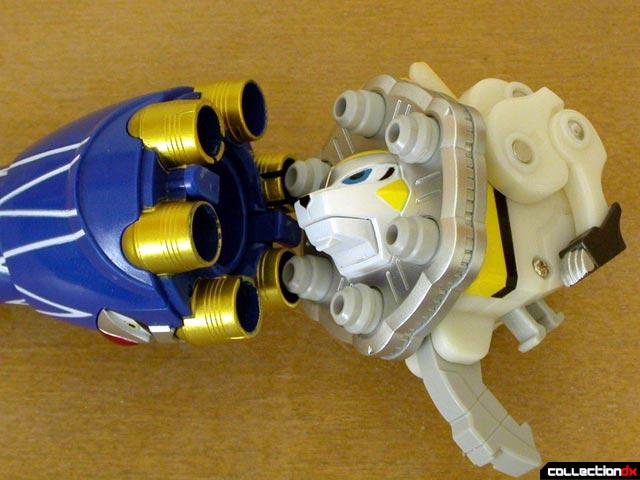 Karakuri Ball 05 - This KB contains the Gattling Leo - a small, determined-looking white-&-yellow lion with a mane of cannon barrels. It looks fragile in its animal form, but this is due to the compactness of the design; being able to fit snugly into a 3"Â?-diameter ball. The Yellow Hurricane Ranger summons and controls the Gattling Leo. 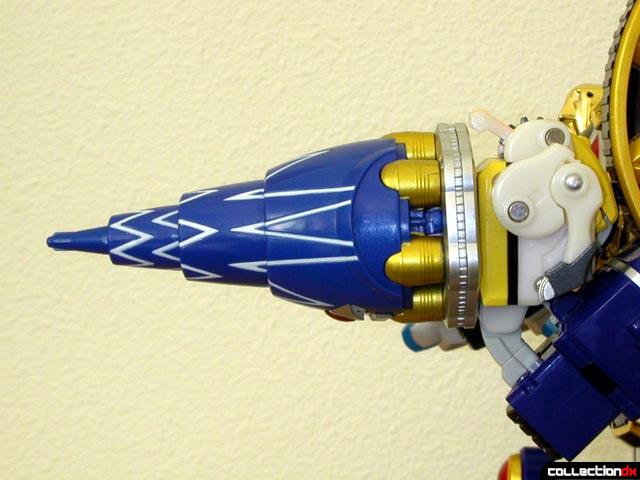 Karakuri Ball 06 - This KB contains the Squid Attacker- a blue spike with a real grouchy look in its eyes, and 6 gold-colored thrusters at its base. Collectors may find its accordion-like shape misleading, but it is based on the pointed nautilus shells that are used by certain squid & crab in seas and oceans around the world. The Blue Hurricane Ranger summons and controls the Squid Attacker.

Of the two, Gattling Leo is the more complicated to change between its storage and animal forms:

The Squid Attacker is a little more difficult to work, but it's still interesting:

The mane & head of the Gattling Leo is free spinning, and can be rotated either directly, or by using the rubber-lined wheel located inside the body, and the legs have limited poseability. The Squid Attacker has no features and just sits there. But don't think it's useless just yet.

To use the Gattling Leo in its Weapon mode:

The Gattling Leo in its Weapon mode can be used by either the Senpuujin or the DX Gouraijin (sold separately), though you will have to spin it manually with the Gouraijin. It could be used on the DX Tenkujin (sold separately), but the hand can't hold it, so the best option is to clip it to the Tenku Cutter blade weapon on its left arm. Finally, it can be attached to the front right leg of the giant motorized DX Mammoth Revolver (sold separately).

To use the Squid Attacker in its Weapon mode:

And now, for the combination weapon- the Gattling Attacker:

The combined Gattling Attacker weapon can be attached to either the Senpuujin or Gouraijin in the same fashion that the Gattling Leo was.

For those of you wondering what the differences are between the Gattling Attacker set from "Hurricanger", and its English-speaking counterpart, the Turbine Laser (included exclusively with Deluxe Ninjakon - The Lightning Megazord) from "Power Rangers Ninja Storm", you'll find them easily.

I must admit that, if sold separately, I would have gone with just the Gattling Leo for it's wicked spinning cannons feature. But with the combination of the Squid Attacker, this makes Karakuri Ball set #02 a worthwhile addition to the Shinobu Machine line.