Tetsuwan Tantei Robotack was the final entry in Toei's Metal Heroes series, though a far cry from the Space Sheriff epics of the eighties. Robotack was a live action children's show, a Sentai series for the Barney set. The plot is baffling to me, but I ascertain that a robot dog detective fights crime with the help of a team of other robot animals and children wearing huge fanny packs. A flying loving cup also plays an important role.

Yep, inscrutable. I have zero interest in this show or its characters. But Bandai released most of the characters in glorious magnemo diecast, so I'm in. Torabolt is a kind of twin brother to the series' dog protagonist, but he's a tiger/tabby cat. Torabolt comes in a respectable window box. 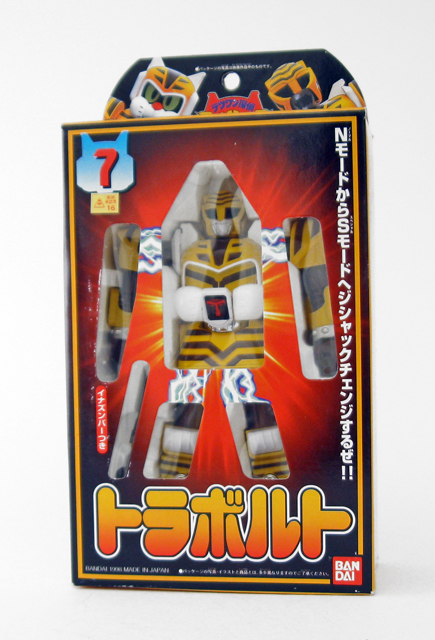 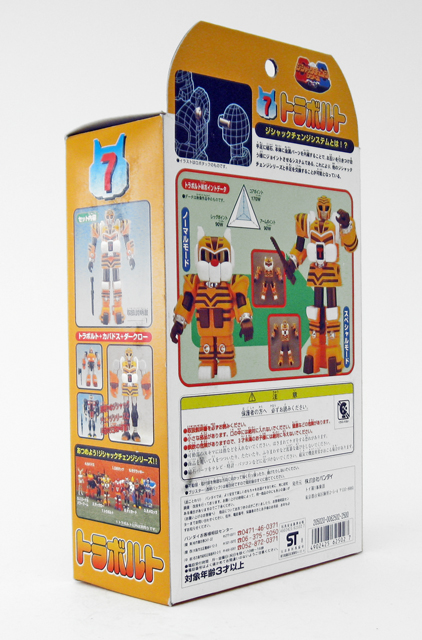 Inside, a classic styrofoam tray. Torabolt's lone accessory is a small sword/knife. 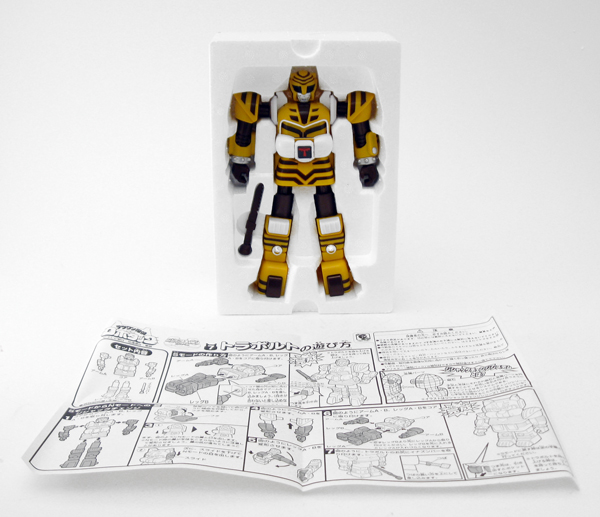 The figure consists of a torso and four limbs, held together with magnetic connections. Interestingly, these connections presage those used in the lateer SOC limbs. 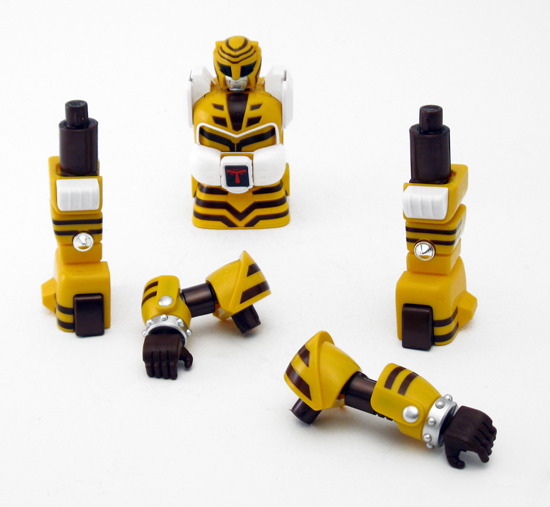 Torabolt has two modes, a humanoid robot and an adorable cartoony cat/tiger. He comes packaged as the former. 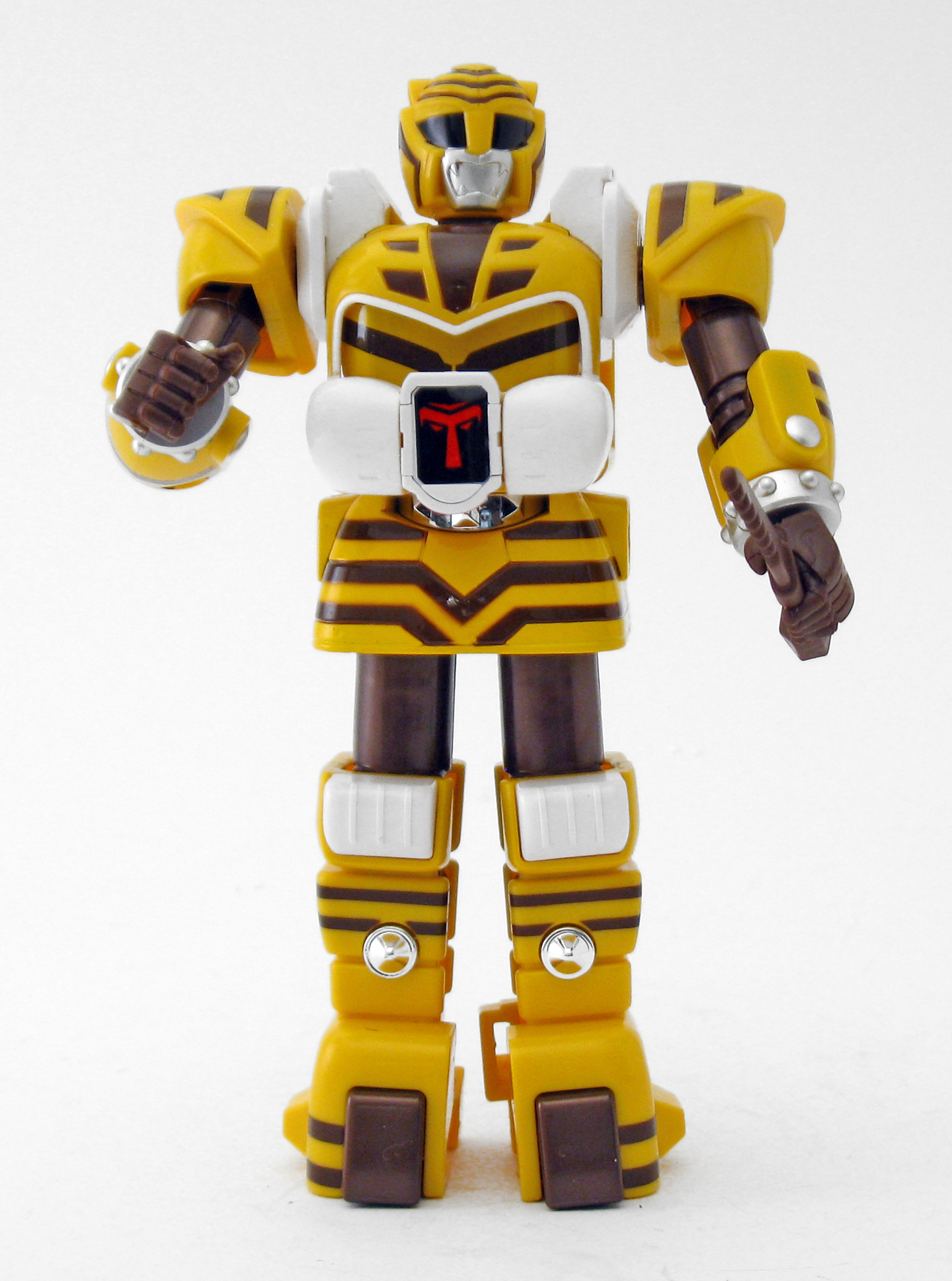 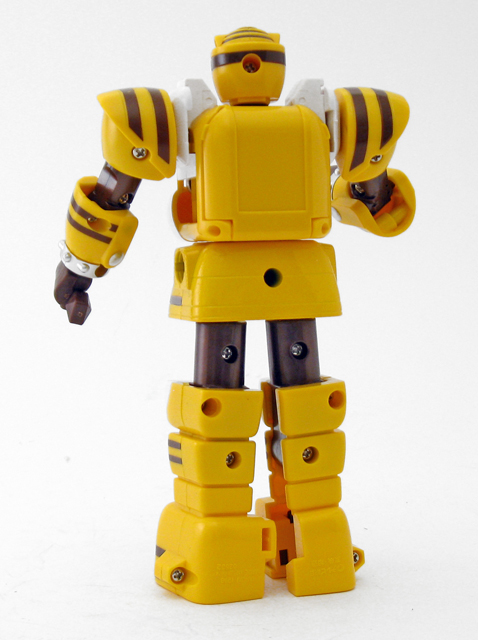 Articulation is pretty basic, but he's heavy. the torso is mostly diecast. 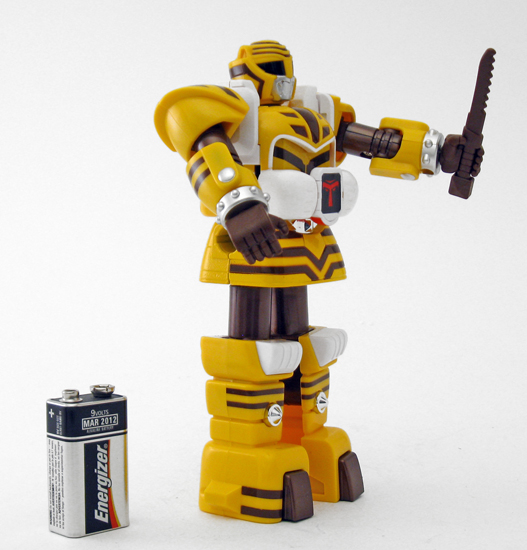 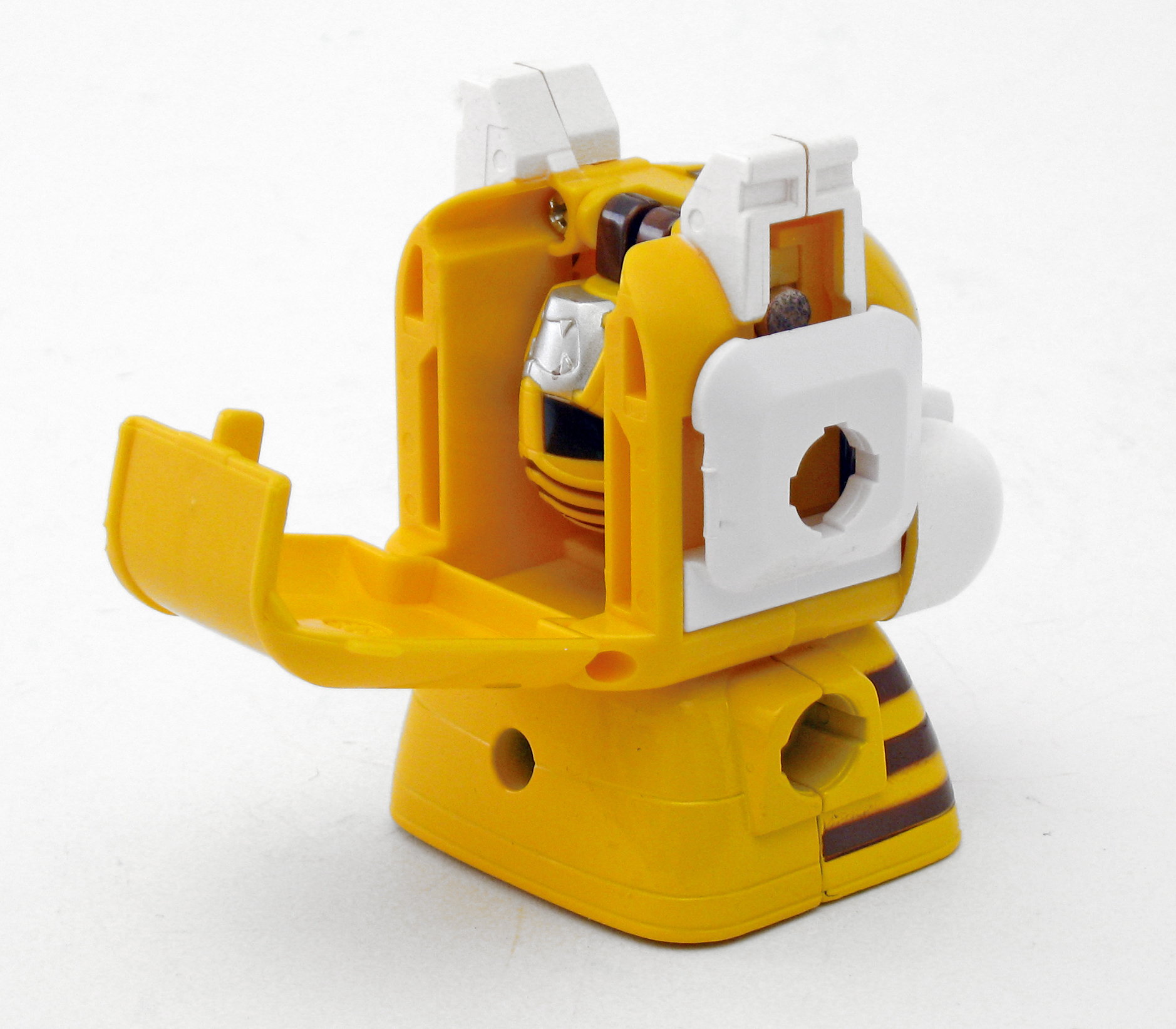 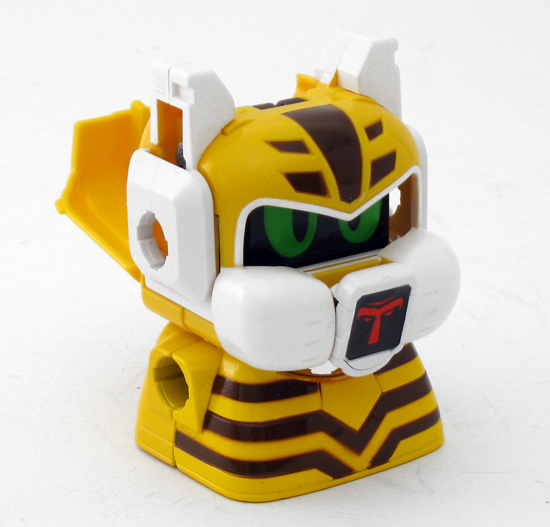 The cat mode is definitely not for everyone. I happen to like it. The similarly cute Robocon and Doraemon toys are a legitimate part of the Gokin pantheon, and Torabolt fits nicely with these characters. 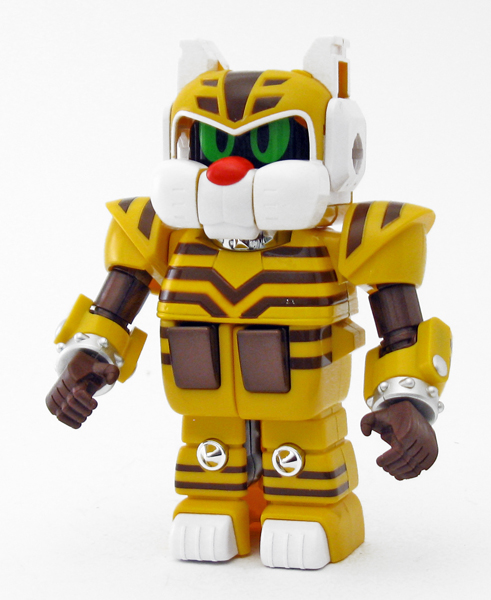 The sword fits into the cat's rear end to make a tail. Yes, this is creepy. 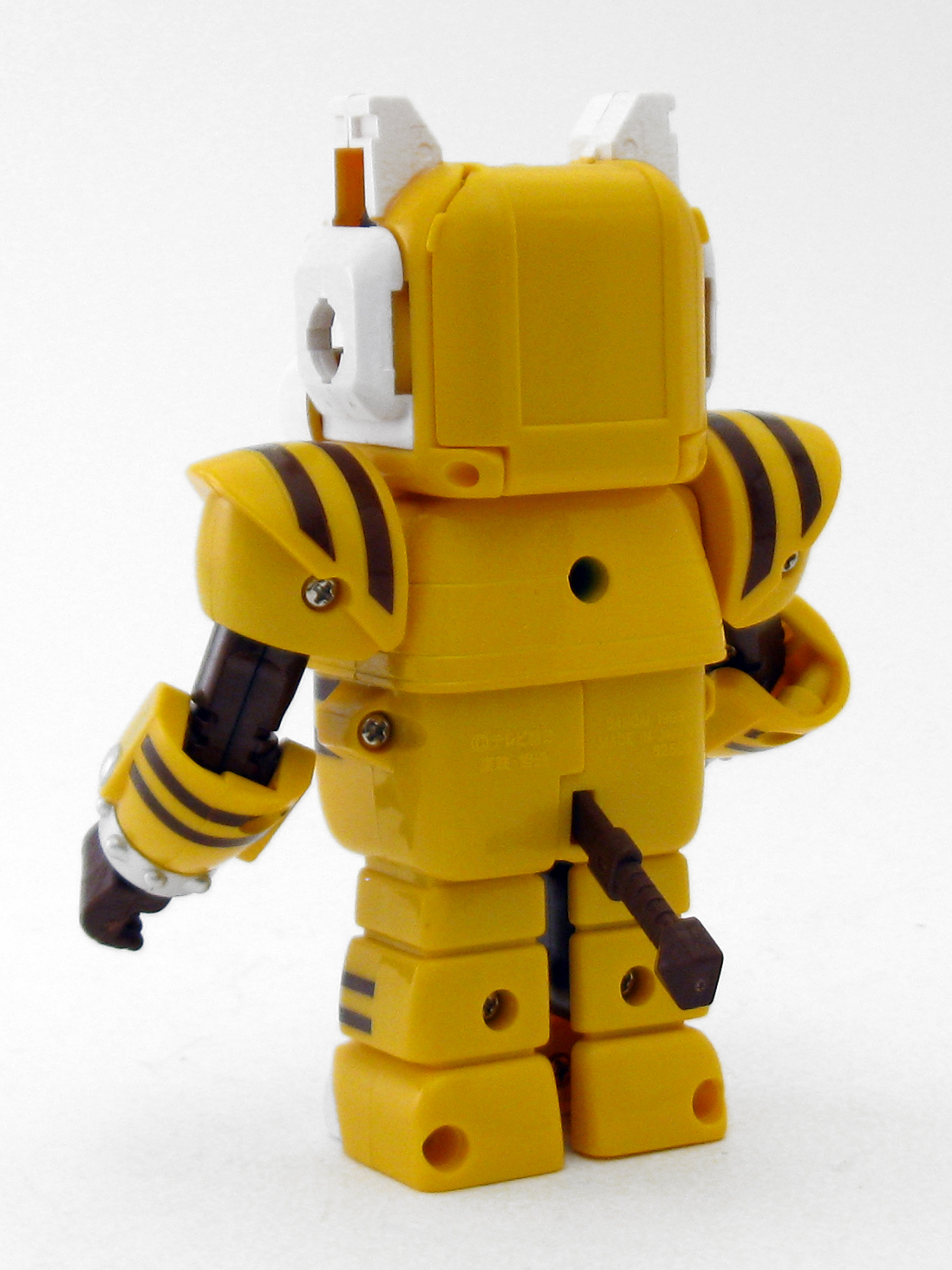 The fit and finish of the figure is excellent. The paint apps are superb, the plastic is high quality, and did I mention that is has diecast and magnets? 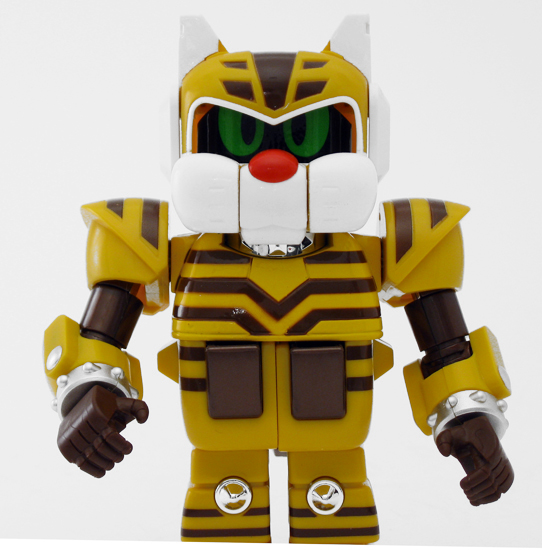 I realise calling Japanese pop culture weird is sort of a cliche at this point,but when you're shoving a knife up a robot cat's ass,something has really gone wrong.

...or a penguin atop a snowboard up an antelope's ass, or a card-reading sidearm up a Contract Beast's ass.

Leo, you need to accept my friendship on facebook. (Josh Larimer)

um.. i like the cat mode and the deicast is plus but shuving the knife un the cats rear end is creepy

Is this the Japanese equivalent of Banana Splits which I used to watch as a kid? The sword/knife is brown. Now I know why!

Maybe that's what the Splits meant by "makin' up a mess of fun."

I picked up the main dog character and mole secondary character toys years ago. This is nearly identical to the dog in its transformation and the tail/sword thing as well. IF this is that similar, it's likely to contain the same sort of diecast content, which was considerable. Neat little figures, but nearly impossible to track down here in the States.

I have the dog too and they are nearly identical. Robotack stuff is really hard to find, but Kabutack is similar and more common. The downside: no diecast, no magnets (except for one dx toy reviewed awhile ago by JB). But there are a few fun Kabutack toys.

As a kid I would get the bubble gum with these characters on it. I was always curious about what the characters were and the mech designs were always neat to me. It's nice to finally know where they were from! It looks like a pretty solid toy.

Whenever I looked at the pictures of the cat mode, I thought he looked grumpy, then I realized that he has a sword up his butt. Now it makes sense for him to be grumpy.