Power Animals are no different from those found in the wild today. They have only lived far longer, and can regenerate themselves much faster thanks to the power of the Earth which has been absorbed into them over the centuries. This has increased their defense, intelligence, and size as well. They are also capable of merging their bodies together to form incredible humanoid-shaped warriors which stand several stories tall, and have weapons & special powers granted to each. Kai Samezu (Gao Blue) is having a recurring nightmare in which the GaoRanger are fighting in Gao King against an unrecognized opponent. Gao King takes hit after hit, and cannot stay standing. As Gao King falls to the ground, the rangers are sent sprawling around the cockpit. Then he hears Tetomu’s voice, telling him to use the other one. “Other what?” he asks, as Kai wakes up in a cold sweat. The next day, the Boat Orgu begins to disrupt the peace at the nearby city docks. As the GaoRanger engage him, Gao Blue comes to realize how many of the images from his dream are becoming true. When the battle scales up and Gao King Sword and Shield is formed, Gao Blue becomes panicked, knowing what will happen next. Gao King does indeed fall, and Gao Blue’s Jūōken fall next to him without Gao Shark’s Gao Jewel in place. Suddenly, Gao Blue remembers something said in the dream- something about a ‘speckled spear’. Tetomu realizes that he is referring to another lost Power Animal! Gao Blue summons the PA, asking for its powers to help them. In the harbor where the Boat Orgu first appeared, an orange crane begins to move all by itself. Then suddenly it glows and changes into the lost Gao Giraffe! 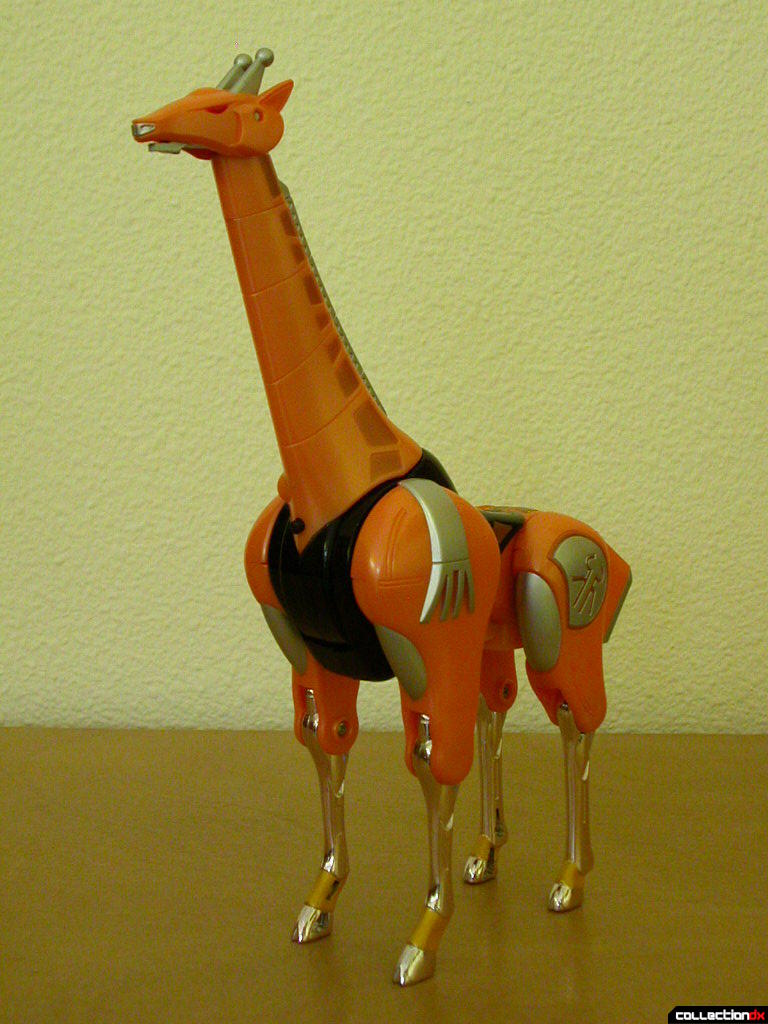 Gao Giraffe (back) is an elegant, if somewhat arrogant, looking Power Animal. Standing just over 7.5 inches, he can easily overlook all of the others with his long silver legs and tall neck. He also has some angular brown spots all down his neck & back, and a thin silver row of fur. His neck is jointed at the base of his body, and snaps every few degrees. His head can free pivot side-to-side and up & down. His center of mass is just so so that he can lift one of his back legs and stand successfully on the other three, and when lowering his neck, this makes for a few limited poses. This stance certainly allows him to trip giant Orgu off their feet! Gao Giraffe is a right arm component PA, and forms the right arm of any combo.

For those of you wondering what the differences are between PA-2 Gao Giraffe from “Hyakujuu Sentai GaoRanger”, and its English-speaking counterpart, the Giraffe Wild Zord from “Power Rangers Wild Force”, there is only one big difference. The brown spots on the majority of the Giraffe Zord were not painted; only the black main body got any attention. Otherwise all moldings, colors, & die-cast metal were left intact. The Giraffe Zord was not released individually, but as one of five components in the Deluxe Isis Megazord set. Gao Giraffe, also, was released as part of a special release DX Hyakujuu Gattai Gao Icarus set, but could alternately be obtained individually (as it is here), which it wasn’t for the “PR” release. For that matter, the Deluxe Isis Megazord never made it to American shores. It was, however, released in the UK.

As a stand alone, Gao Giraffe is just as nice as the other Power Animals so far. A little poseability in the neck helped make it interesting, and allowed it to emulate a real giraffe. I cannot find anything really wrong with it. The mouth not opening wasn’t an issue; Gao Giraffe is actually one of the very few DX Power Animals that didn’t have a poseable mouth. I still recommend it!

Gao Giraffe- who had been communicating to Kai through his dreams- gifted Gao Blue with a new Gao Jewel to summon him. Placing Gao Giraffe’s jewel into his Jūōken, Gao Blue commanded Gao Shark to separate from Gao King and then pick-up Gao Giraffe. Gao Giraffe rode on Gao Shark’s back until they were near Gao King, and then Gao Giraffe transformed- attaching itself to Gao King to make it into Gao King Spear. The ‘speckled spear’ is able to penetrate an Orgu’s defenses with its flaming Neck Thrust finisher. 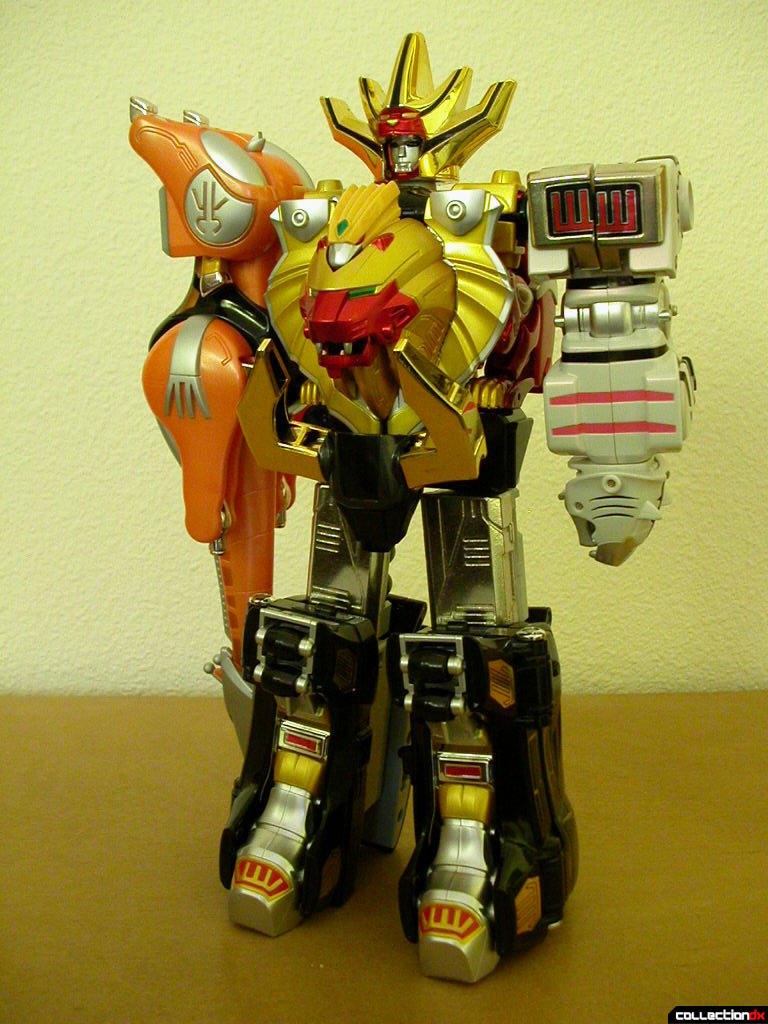 Gao King Spear (back) is a little more normal looking for an upgrade in weaponry. A long, straight orange arm with no joints of its own, there is actually an add-on needed to make the component, and that is the silver PVC spear head of the new right arm. The spear head fits snugly over Gao Giraffe’s head, anchored in place by the immobile mouth! In the show, the spear head is just silver, but when fired at an opponent, the spear head bursts into flames. Hence a smooth, transparent yellow crescent effect was added to the tip. Only Gao Giraffe’s ears and tiny antlers stick out. outdoor saunas for sale andoutdoor saunas for sale and wooden hot tubs woodenspasolutions.co.uk “Why PVC?” you ask. Well, there’s a small black button located at the base of Gao Giraffe’s neck. And when depressed, the spear head springs out along a 1½” die-cast metal shaft! This is the special action feature of Gao Giraffe. The extended shaft doesn’t move very fast, the spring isn’t too strong (it won’t hurt ya), and it doesn’t weigh that much, so Gao King Spear can be posed in any number of ways with it extended or closed. 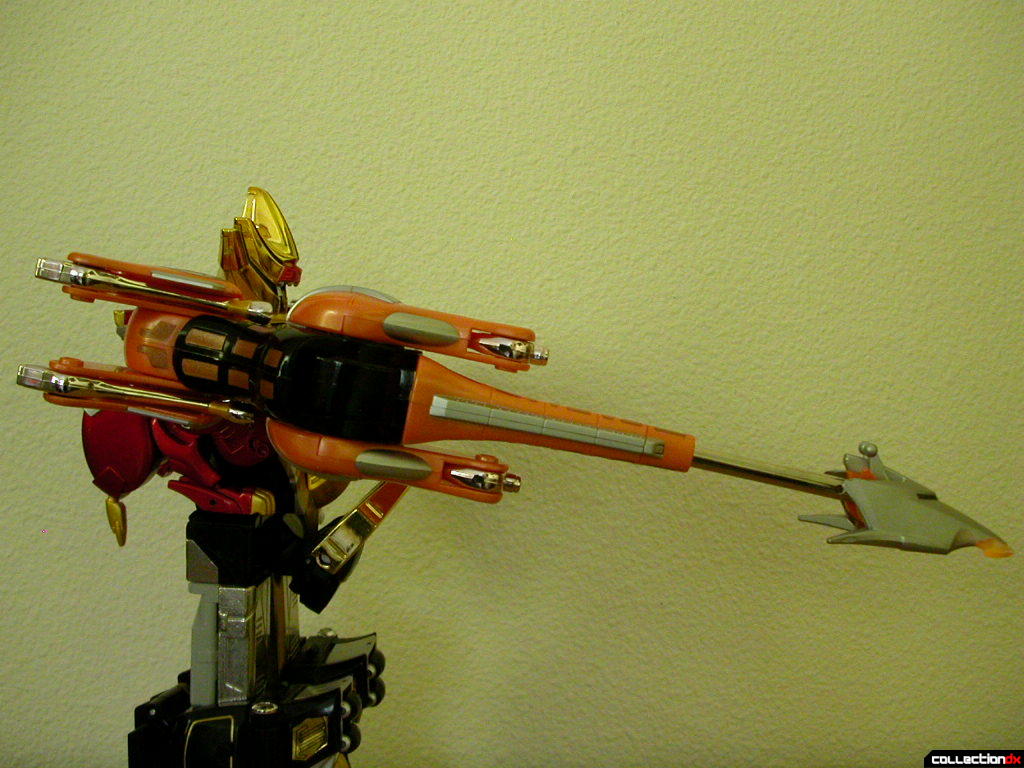 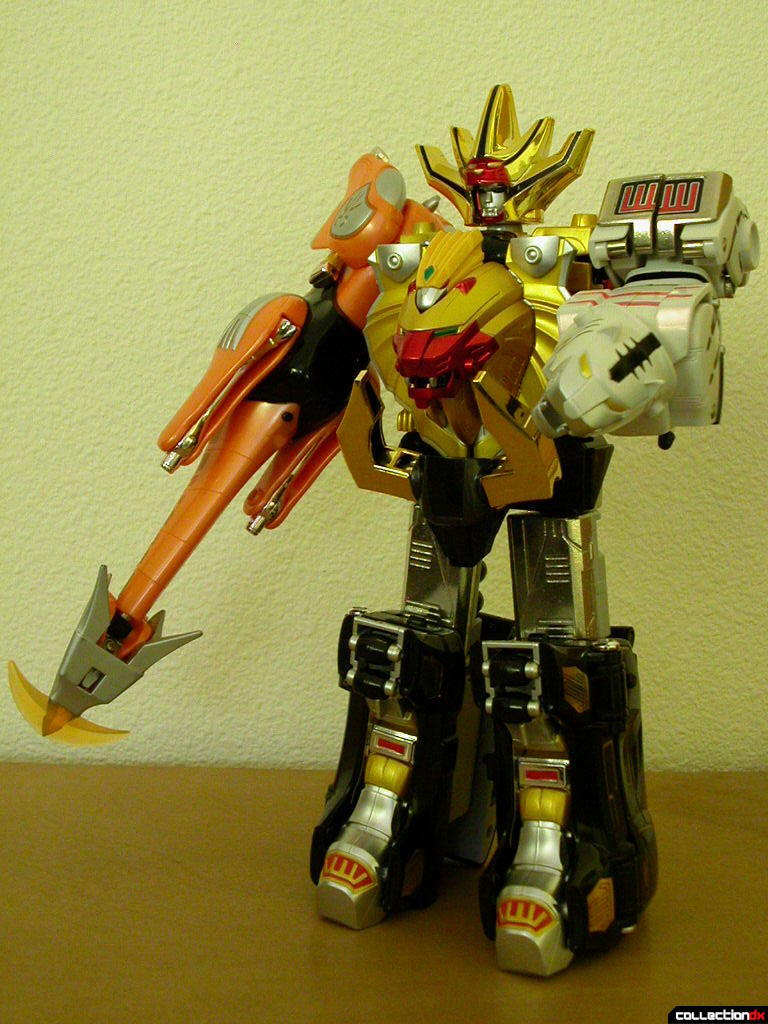 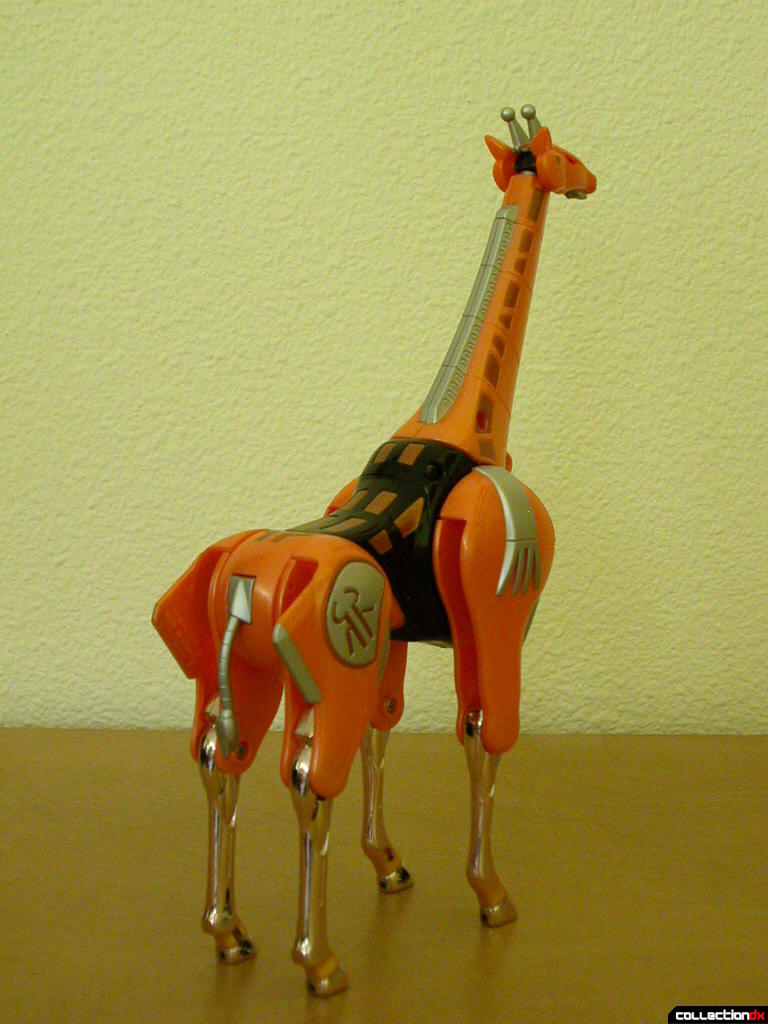 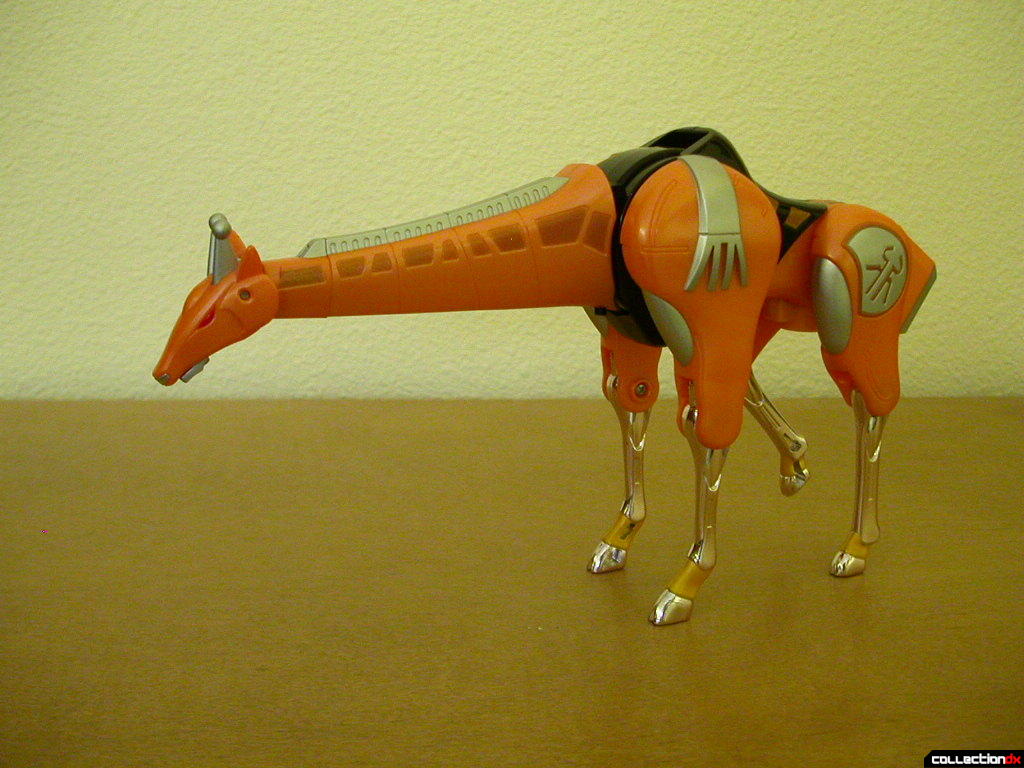 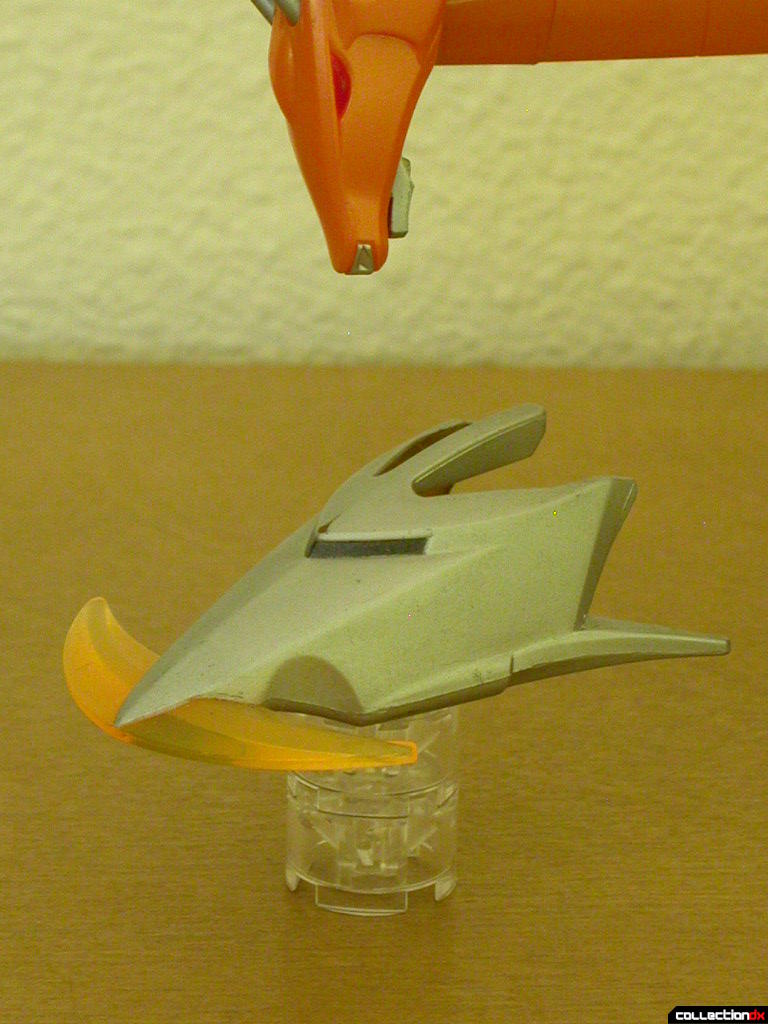 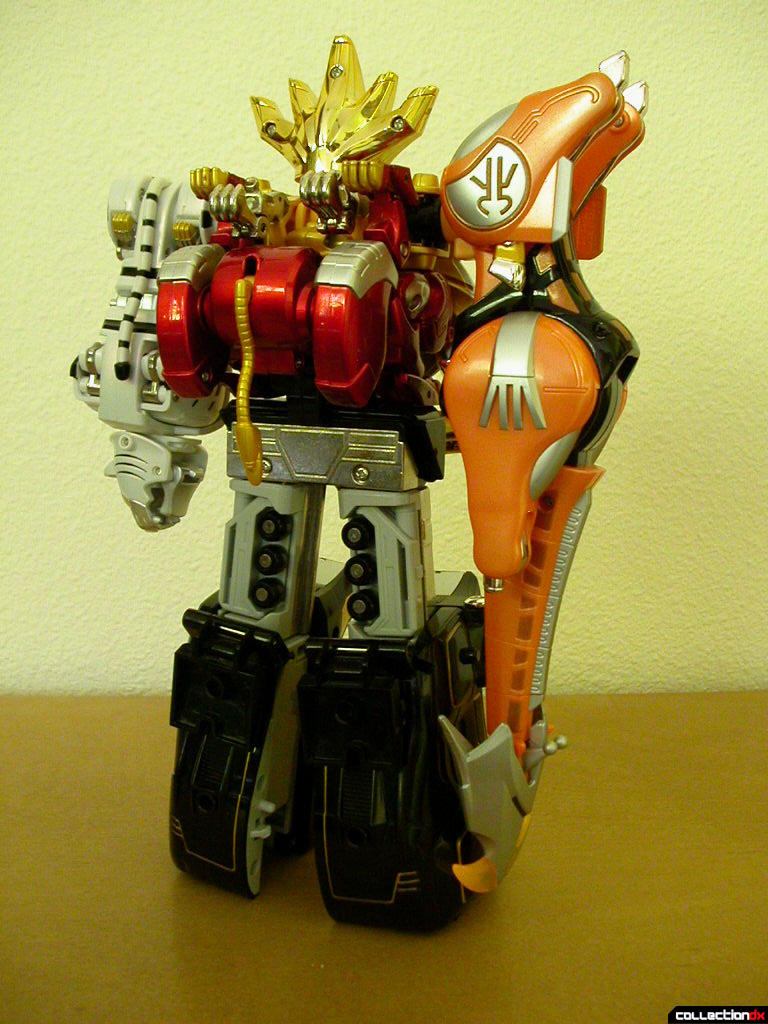 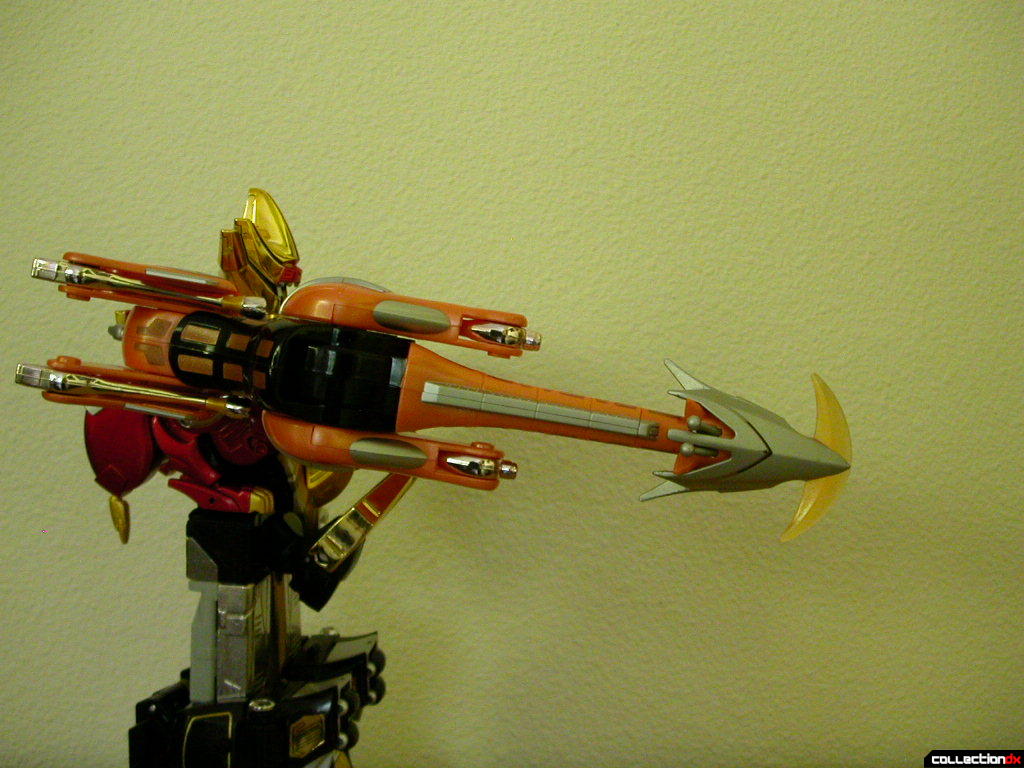 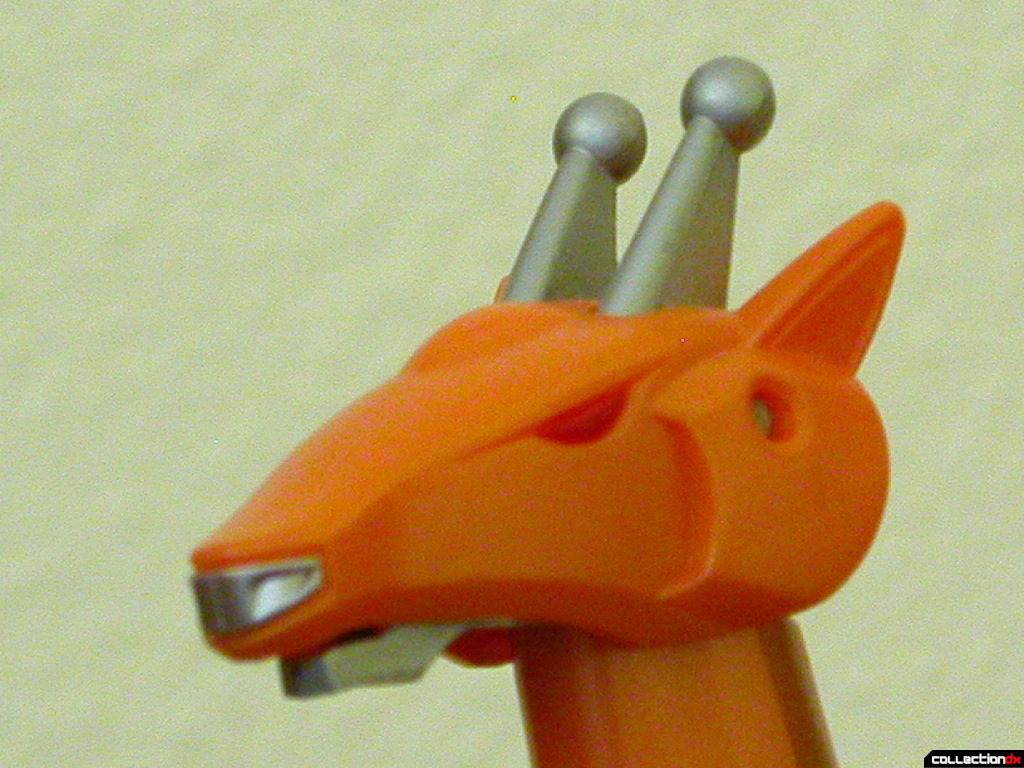 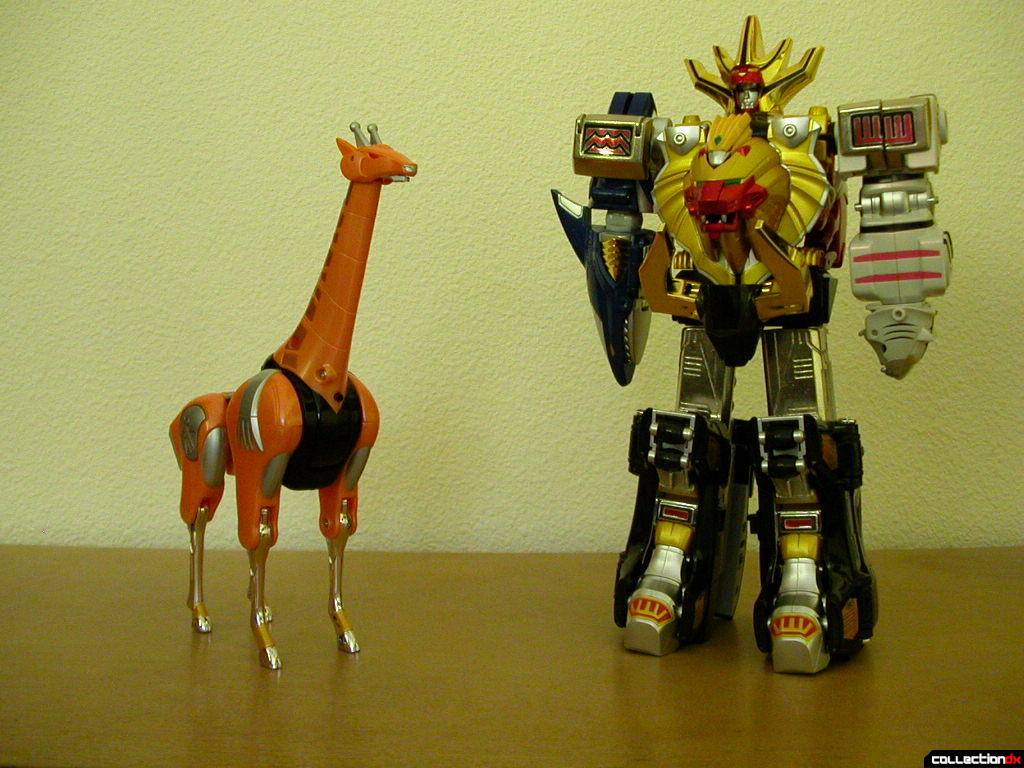