Trespasser, along with Battle Damaged Knifehead, are the first of the 2.0 version Kaiju from NECA. The first Knifehead toy was small and underwhelming due to budget cuts on behalf of Wal-Mart (who never ended up carrying the line). Many fans were not happy.

NECA redeems itself with this new wave of Kaiju. These are the ones we wanted the first time around.

Trespasser is the first Kaiju to attack humanity, destroying the Golden Gate Bridge and most of the San Francisco Bay Area. As such, we never actually see Trespasser fight against a Jager. 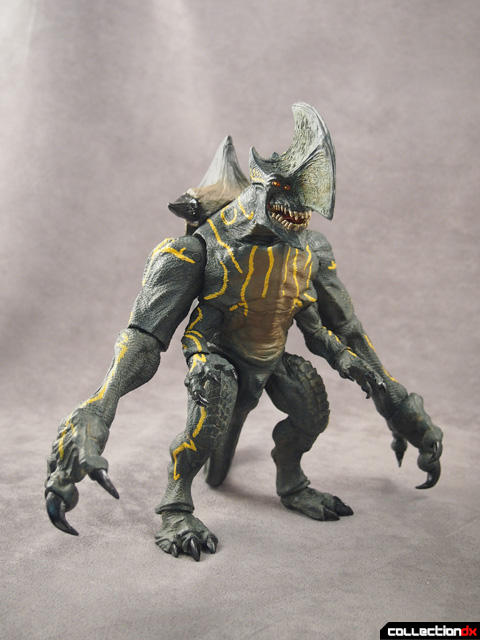 The figure stands about 7 inches tall and is made of hard PVC vinyl. The the thing is solid. 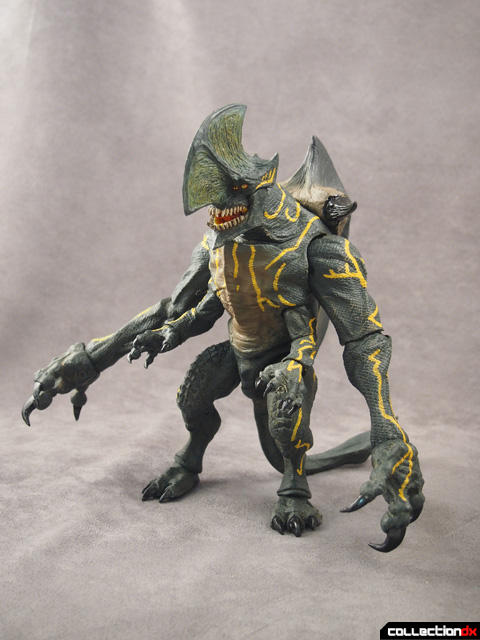 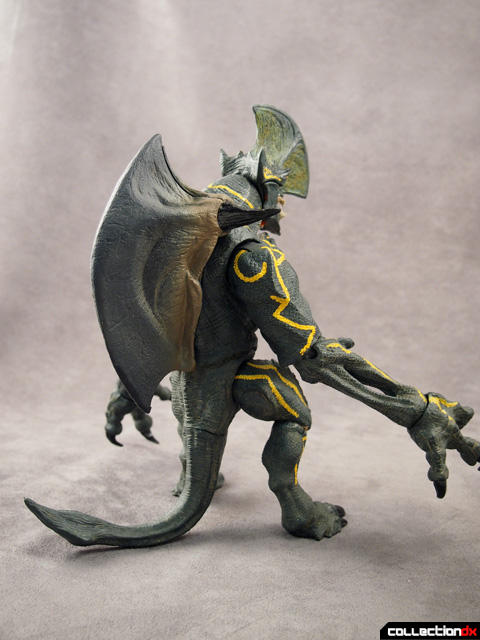 Trespasser sports 20 points of articulation, which seems great on paper, but the design of the figure limits movement. Also my fear of NECA's joints keep me from doing anything extreme with this figure. 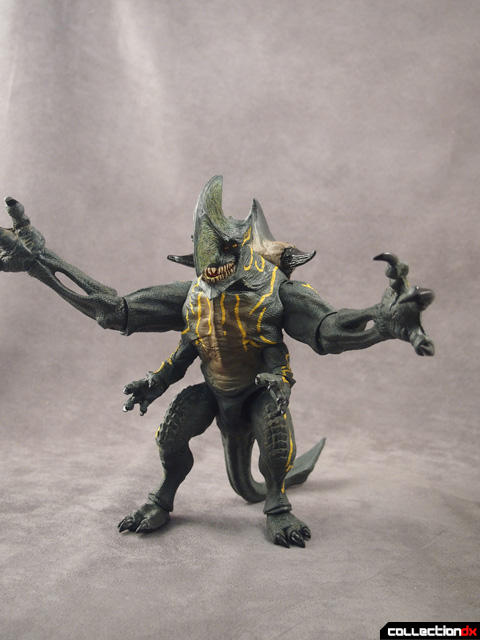 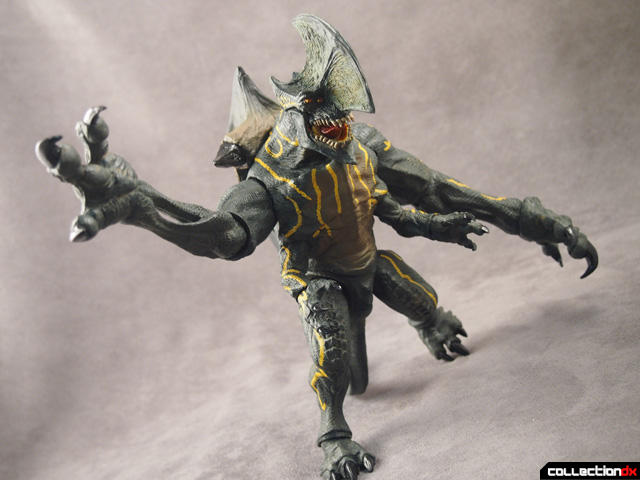 Each set of arms is articulated, with ball jointed shoulders, hinged elbows and wrists. 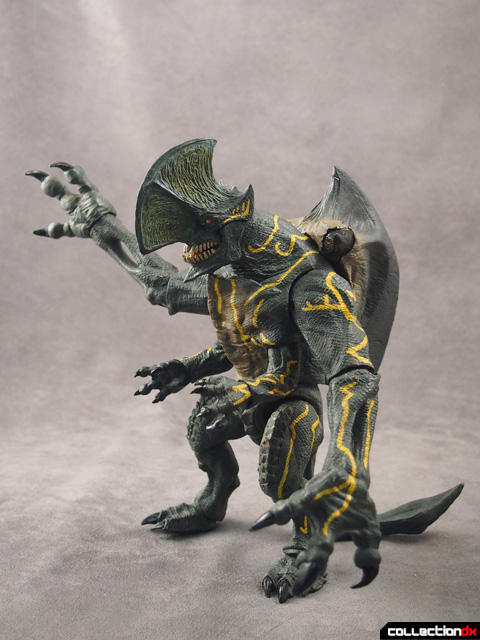 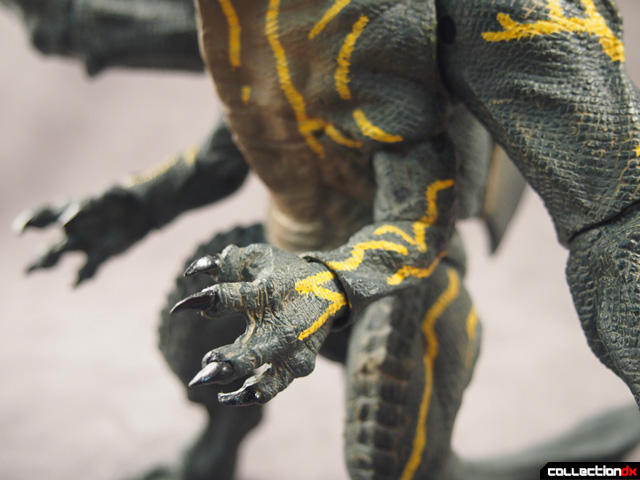 The head is on a ball joint, and the jaw is articulated. Mine's a little warped. 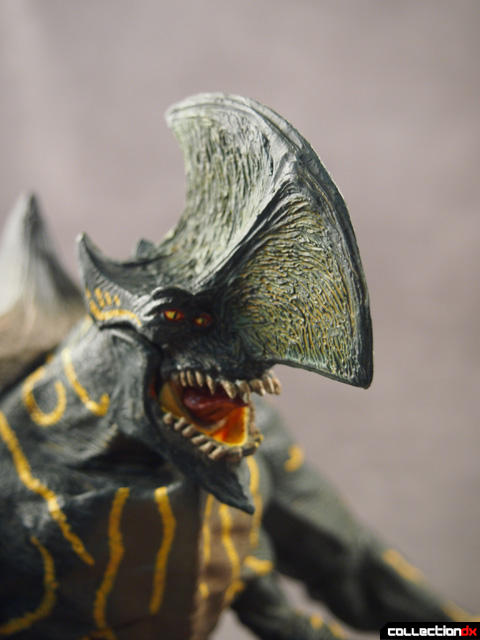 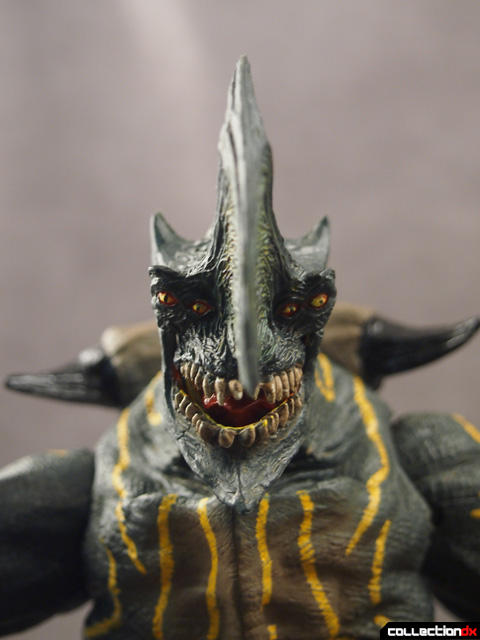 The tail is bendy rubber with a wire inside to keep it firm. It is a useful aid in posing. 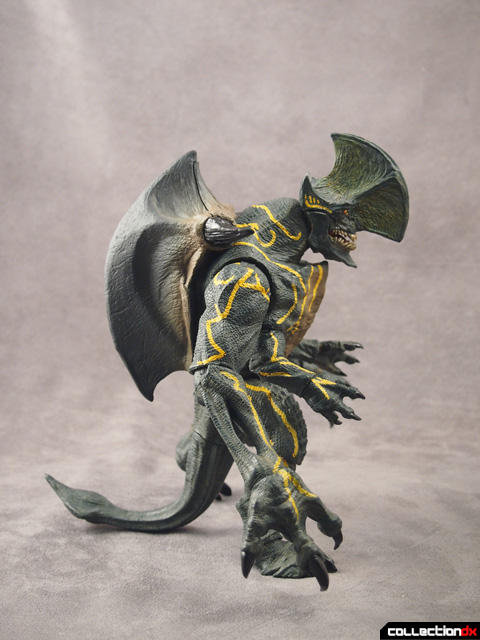 Trespasser shares most of his body with Knifehead. If you've got that, you know what to expect here. There are actually three Kaiju that use this body - Knifehead, Trespasser and Scunner. Scunner is due out in series 7. I can't be angry because they use the same body in the movie as well. the head sculpts and unique paint detail on each keep them unique and interesting.

This figure was originally released as a stand along figure but will also be available in a two pack with Gipsy Danger.

As always, when buying a NECA figure, carefully inspect it in the package. If it looks unbroken, go for it.

2 comments posted
I just realized he looks a

I just realized he looks a bit like Gregol from the Guyver.

I wouldn't mind seeing this figure remolded into an undamaged Knifehead!