Duke and Doc work together to drive Machine #5, also known as the Thunder Driller. It is the primary excavating device of the Power Miners which allows them to penetrate far beneath the surface of the Earth. Its magma-core engine drives the Thunder Driller’s four giant wheels and planetary gear drill through even the most difficult rock structures. Veteran miner Duke steers the vehicle, using his keen eye on the sensors to get the Power Miners where they need to go, and making sure the Thunder Driller runs correctly. While the magma-core engine provides sufficient power, it consumes fuel at a furious rate, and so, like the steam engine trains of old, it requires someone to constantly feed it. That responsibility falls to strong Doc, leader of the Power Miners, to keep new minerals of the right type going into the open furnace. Unfortunately, because the back of the vehicle is open, this makes Doc vulnerable to sneaky rock monsters, so he always makes certain to keep a bundle of dynamite close at hand. 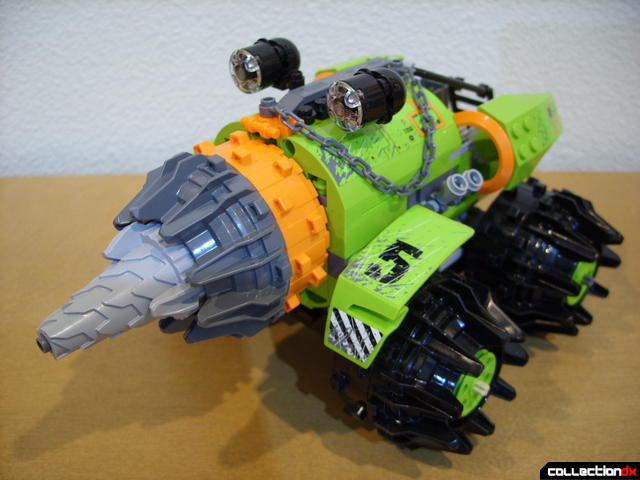 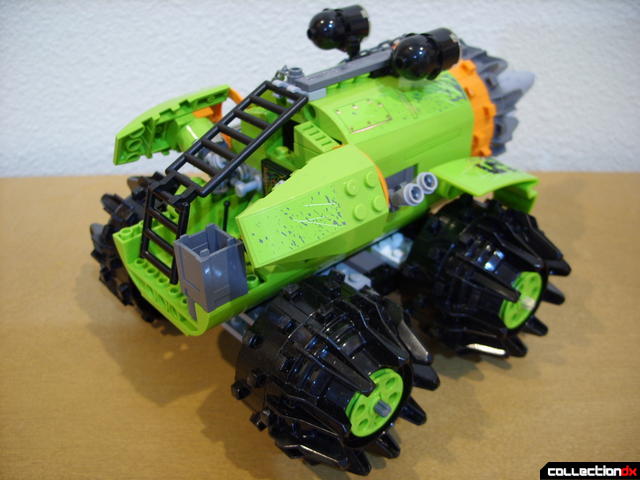 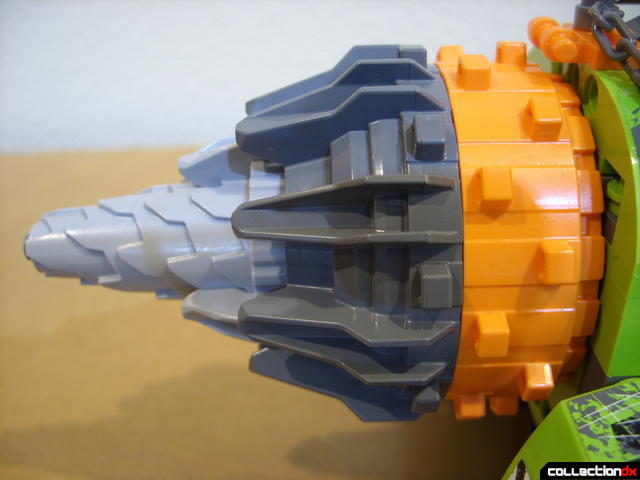 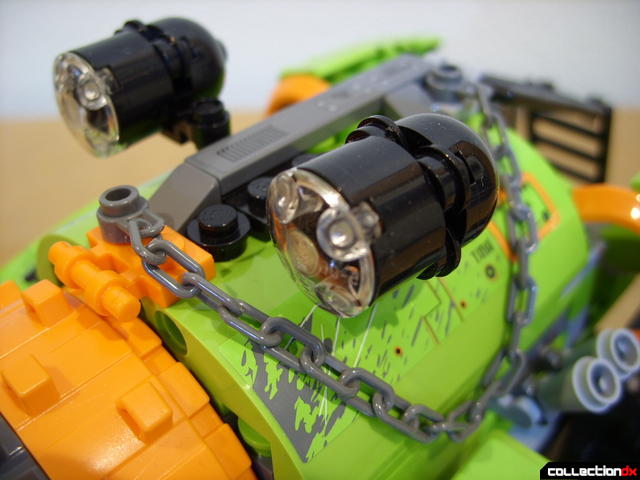 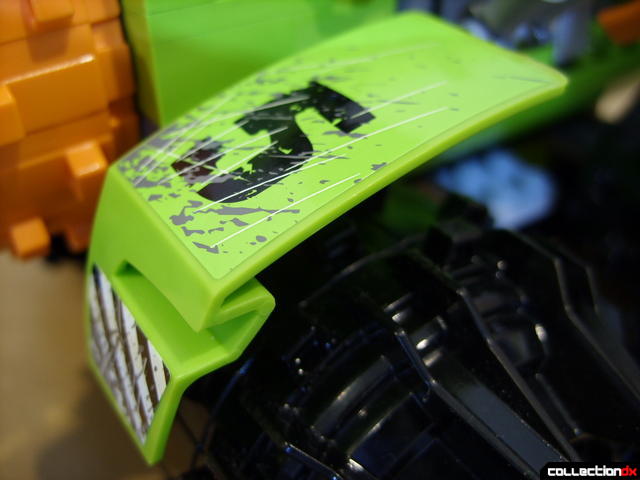 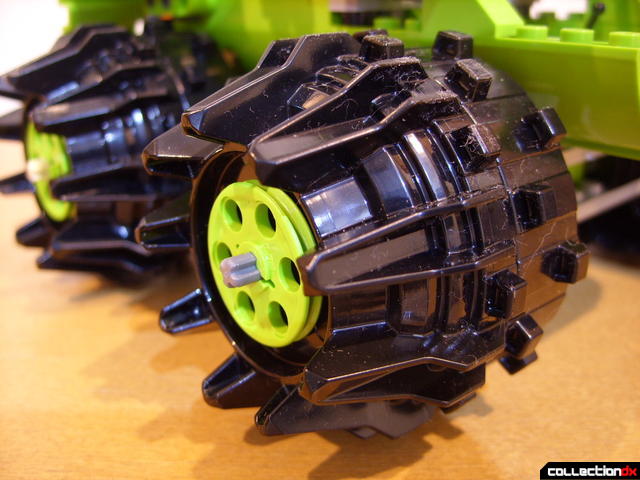 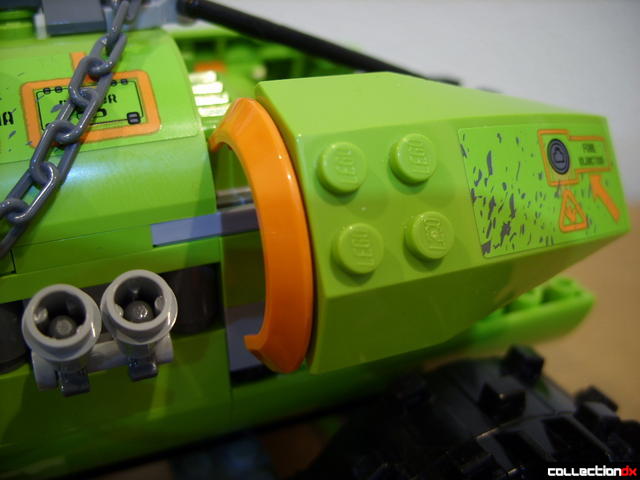 The primary feature of the Thunder Driller is its planetary gear drill. The light- and dark-gray sections counter-rotate to each other as the front wheels turn! 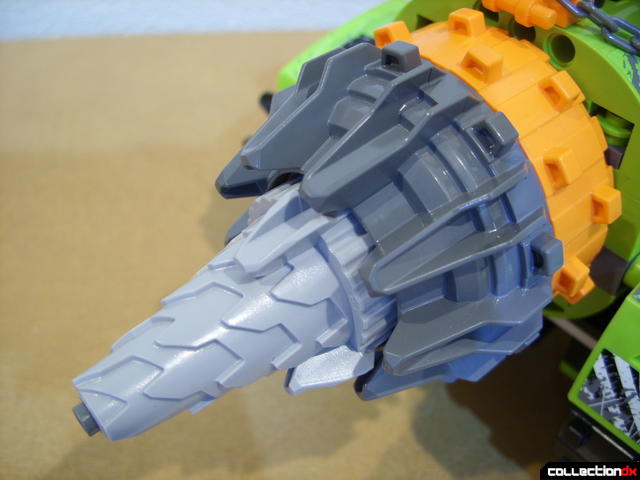 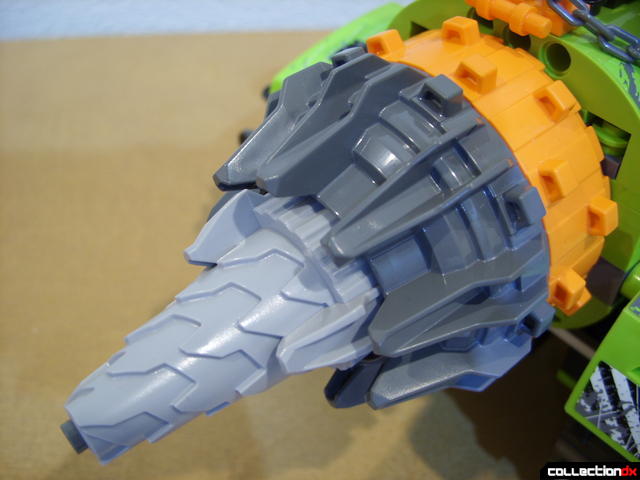 The roof on the front half can be removed to reveal an ‘engine’ compartment. 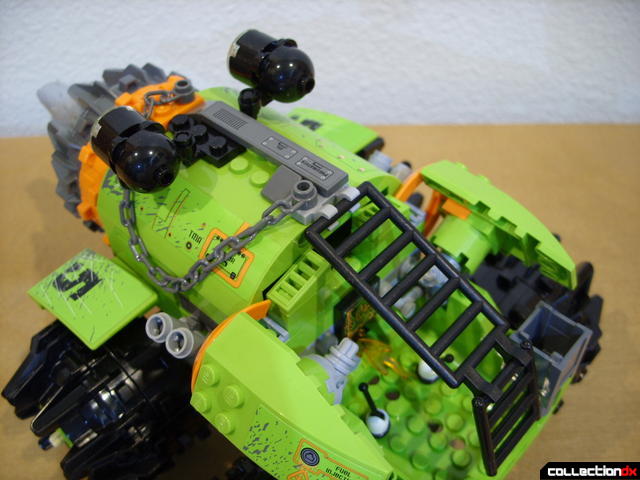 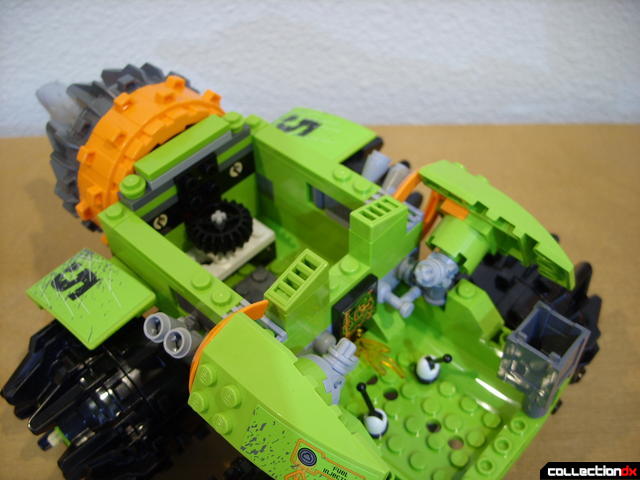 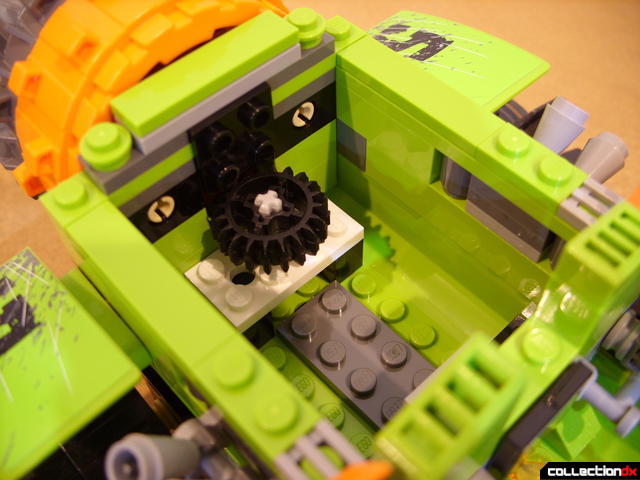 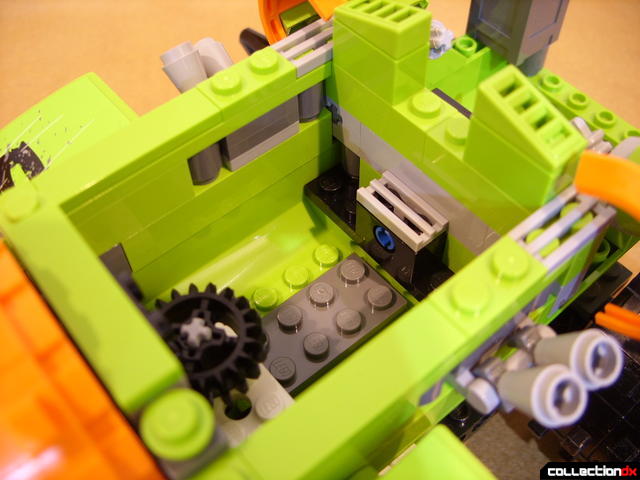 The magma core engine has a small flame coming out of it in the back, where the fuel can be loaded in. A static display screen shows the Thunder Driller’s progress. 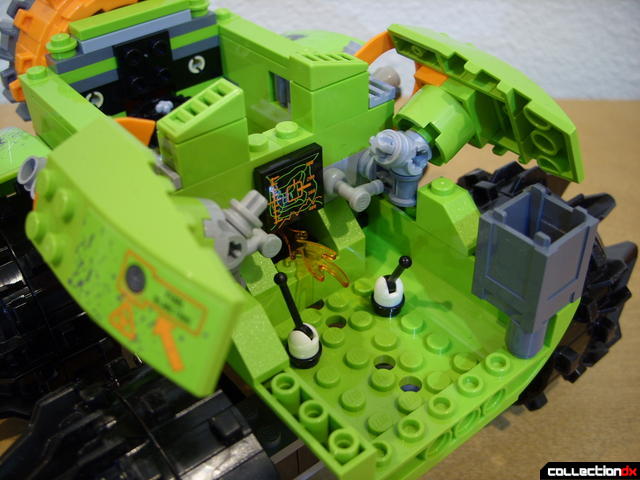 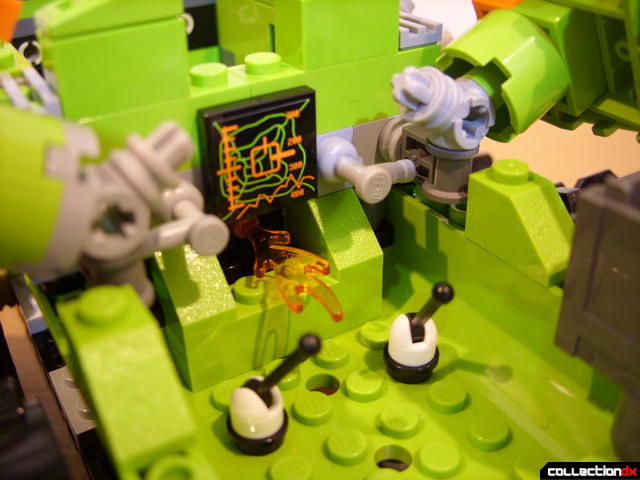 Several decals are provided to add additional details that the flat clean plastic could not. The striped decals along the front mudguards can glow in the dark! 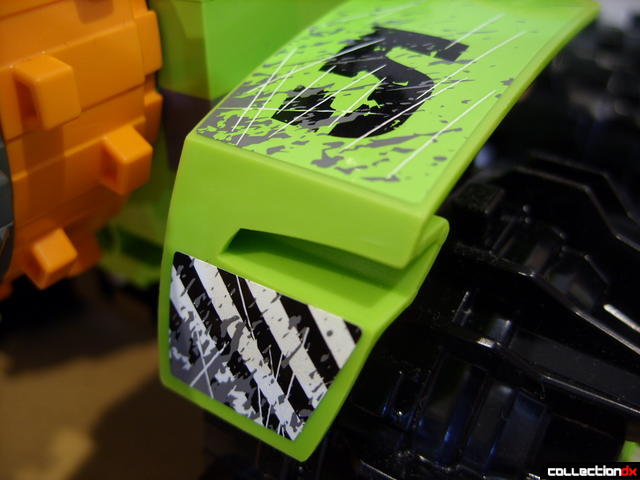 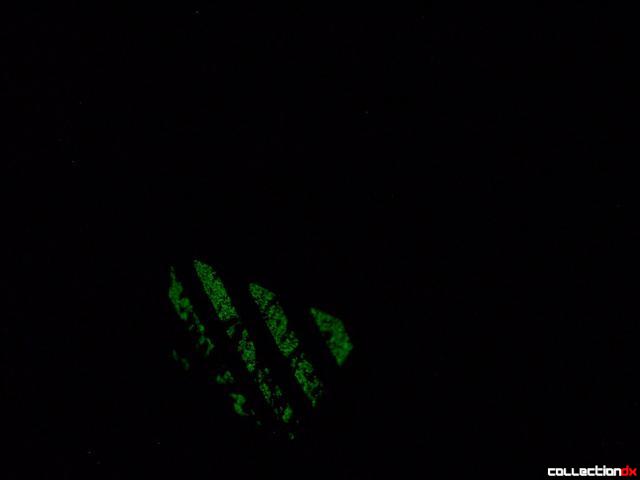 LEGO Set #8958 comes with the first versions of the Doc and Duke minifigs, each with double-sided head and torso prints. 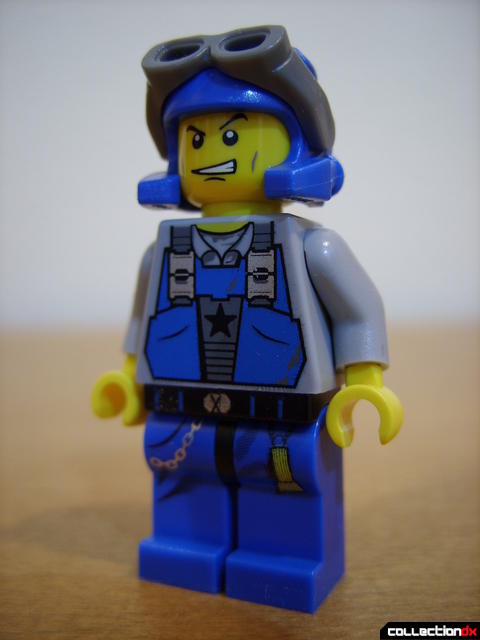 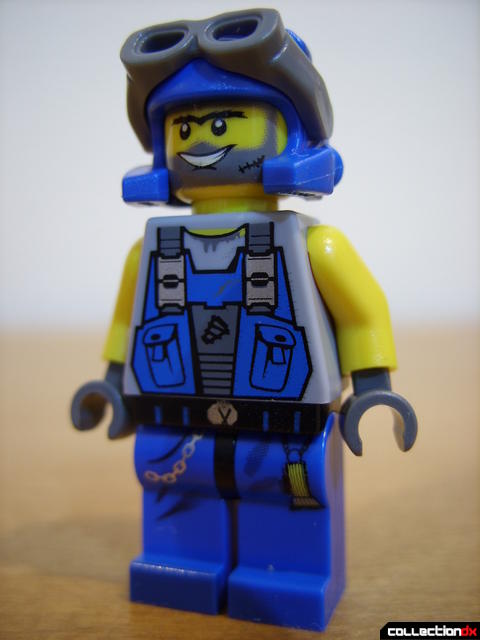 Three larger unique rock monsters appear in separate sets (that have been released so far). They all have large bodies and arms. 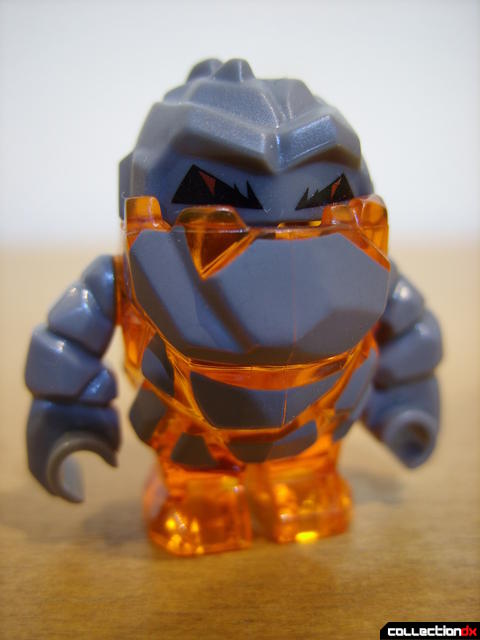 LEGO Set #8960 comes with a single Firox rock monster minifig. His arms can swivel at the shoulders, and his hands can accept any minifig accessory. His head can be hinged upwards, and one power crystal can be placed inside! 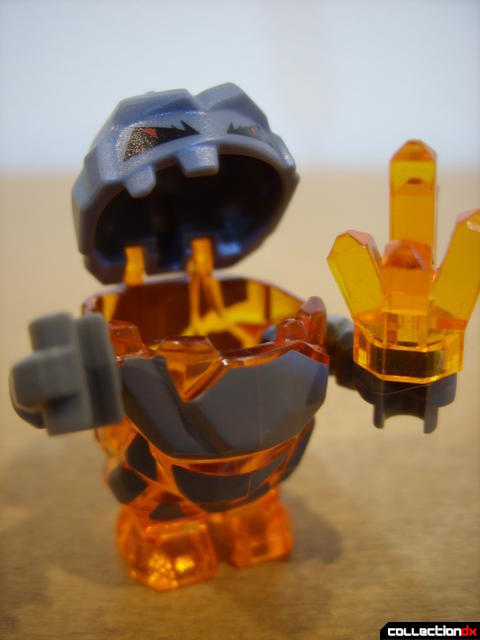 Wow, LEGO’s third attempt at a fictitious underground/mining them; it’s just that now they have dedicated characters, rather than generic minifigs, and a collecting gimmick in the form of multi-colored monsters. It also takes place on Earth rather than on an alien planet on the other side of a wormhole in another galaxy. I digress… 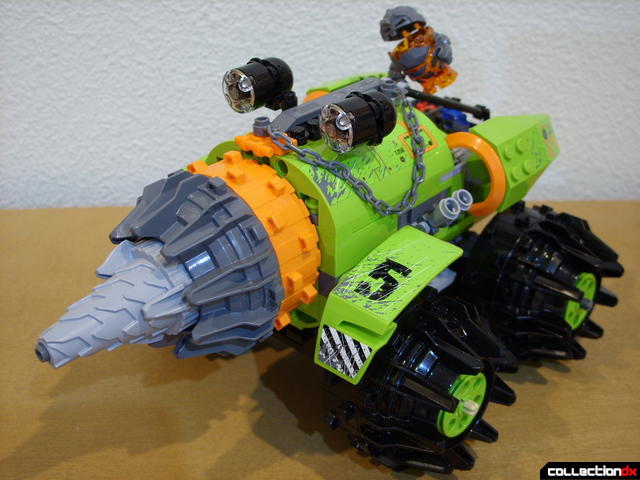 A good share of the Power Miners’ machines have a gimmick tied into their wheels, like the Granite Grinder, and larger Rock Wrecker & Crystal Sweeper, so the drill on this set is nothing new in that regard. (If you watched the movie above, then you saw the rock monsters pull off the drill head. Because of how it’s built, you can do the same to the real set!) One thing worries me about the drill head during construction: the gray cog wheel that you put in there gets intentionally wedged in place, thus making it very difficult to remove it if you choose to do so. Be aware that they want you to push it in all the way, or else there won’t be enough Technic rod left over for the gear to attach to the transmission gear inside the green hull. While the gearing system works just fine, I worry that the single Technic rod running between the wheels doesn’t have enough support, and pushing down too hard on the vehicle may crack it. Lifting the roof panel off, I was rather disappointed that there were no details inside other than the two gears. No levers, no display screens, no engine piping, nothing: very disappointing. I wish the gears could have been tied into a Technic piston engine or something non-functional to show us what’s turning that drill head. Same with the back compartment: it’s completely open, except for a puny roll-cage-styled ladder. The ladder parts don’t touch the floor behind the operator; indeed, they rest right on top of his head! Why is the minifig placed directly in front of an open firebox with a flame jetting out right at the operator!? Kind of weird: there’s no engine for that flame to be coming from, and there are four swiveling exhaust nozzles on the outside. What’s the flame for, and where does it come from? The two ‘air intakes’ on either side are held on flimsily, and bumping them could also crack the parts that anchor them to the hull. While it has a nice compact look and a cool counter-rotating drill, the Thunder Driller lets down in a bunch of other areas. Mildly recommended.

6 comments posted
So when they're checking the

So when they're checking the status screen they have to be careful of the GIANT FLAMES shooting out from it.

I really like the dual action drills on these. Lots of fun for sure.

MegaBloks would probably be more flexible in that regard. Consider how violent & more mature "HALO" is compared to, say, "Star Wars".

The thing about Lego is that even if the completed set isn't that great, you can always take it apart and use the pieces in your own design.