Taskmaster has a resume as long as Thor's cape. Agent of Shield, Cabal member, super villain, mercenary, leader of the Avengers initiative, the list goes on and on. 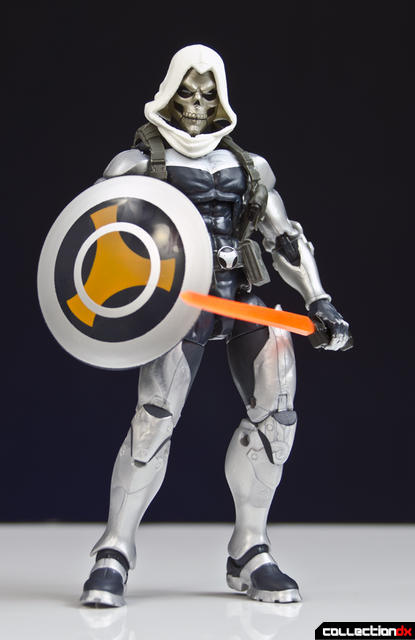 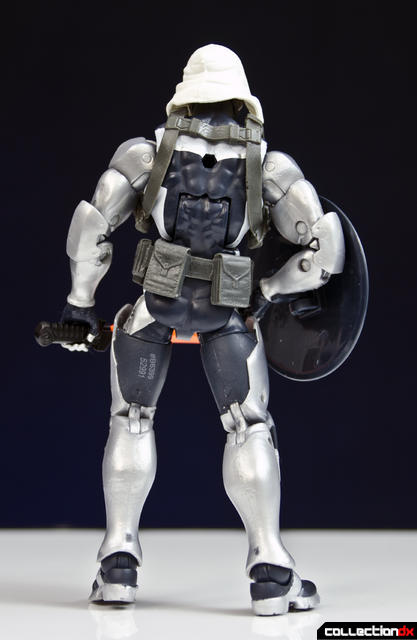 This particular Version of Taskmaster is a mashup of the regular white and blue costume and Santa Muerte mask and the Udon, body armor constume. He comes packaged in the standard Marvel Legends window box. Inside you will find an original skull face head, and Udon head as well as an energy sword, shield, and build a figure head. 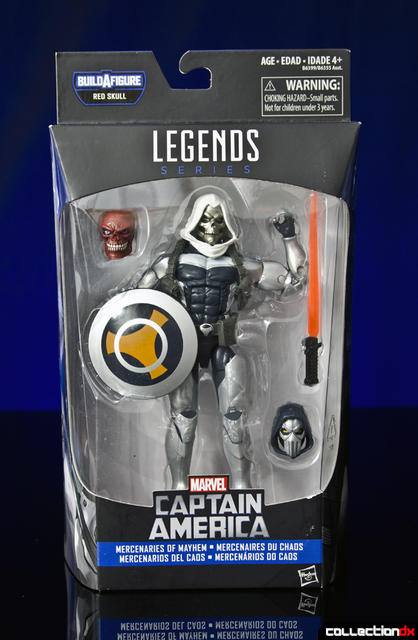 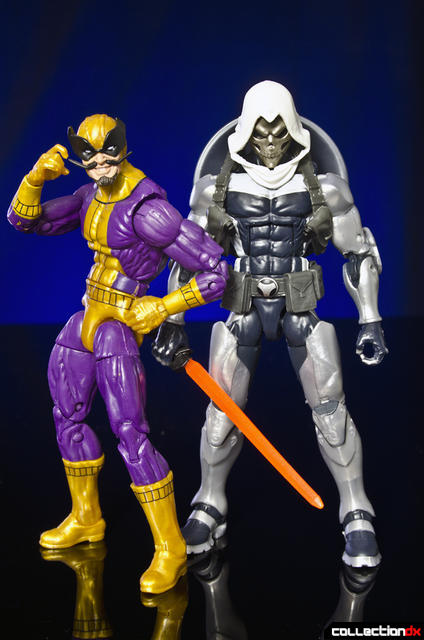 Taskmasters articulation is about average for a Marvel legends figure. He has nice range in his neck, torso, and legs, which allows him some nice dynamic poses. 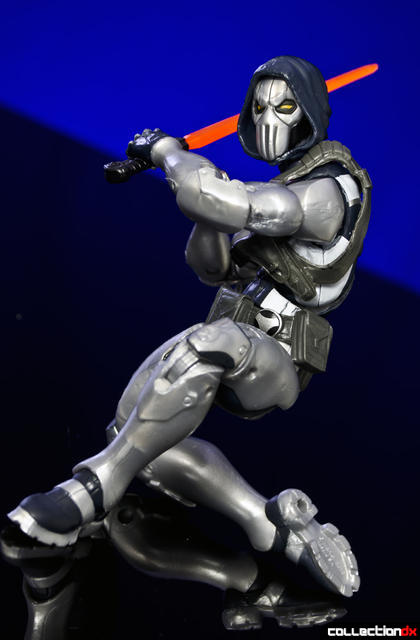 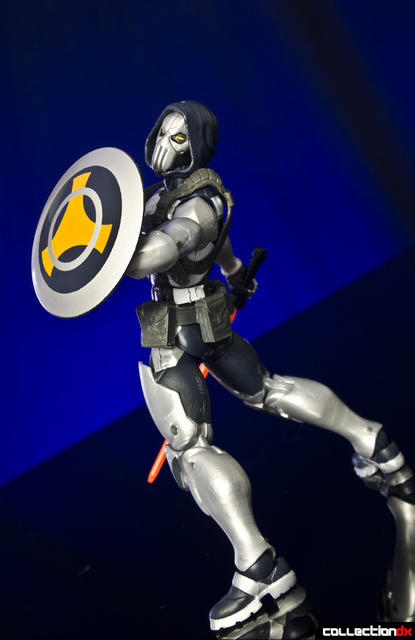 He sports a redesigned ankle joint which adds a lot to the figure.With the old disk hinge and peg setup, to get the ankle to swivel left and right required a calf cut that broke the sculpt and looked awkward. The new ankle joint has a disk hing with peg mounted onto a ball joint that allows the ankle to swivel left and right independent of the calf. 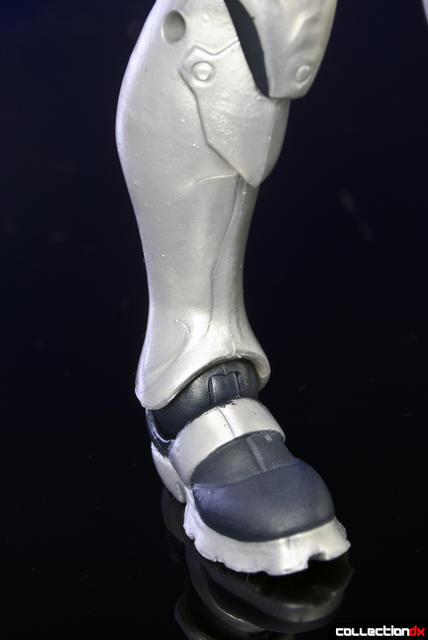 The figure is molded in a nice swirly silver plastic and navy blue. Both of the head sculpts are fantastic, and as an added bonus, Hasbro has finally made a hooded head that doesn't overly hinder articulation. The paint is somewhat of a mixed bag. The faces, and shield look really nice. Every thing is sharp and clean. unfortunately, the white on the chest is a rather thin, and doesn't look great on close inspection, but it's passable at a normal viewing distance. As with most Hasbro figure, mold lines, flash, and nub marks are common. 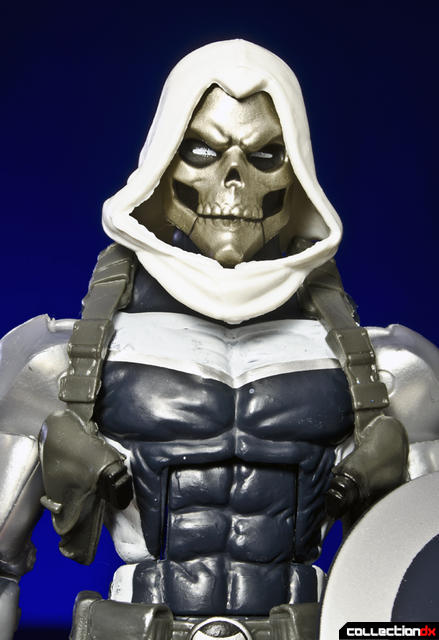 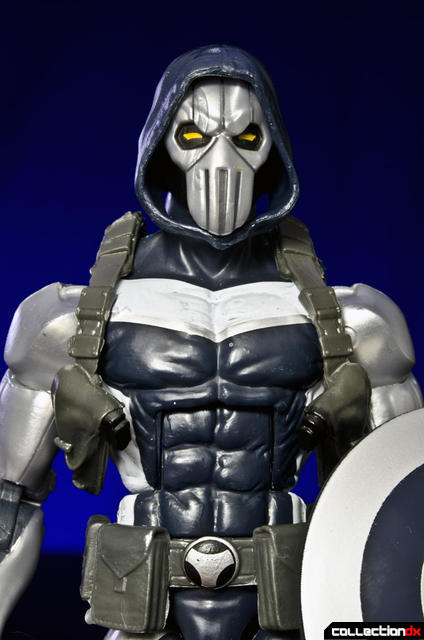 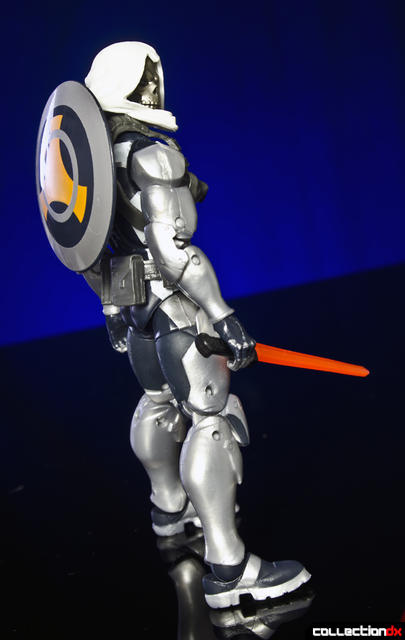 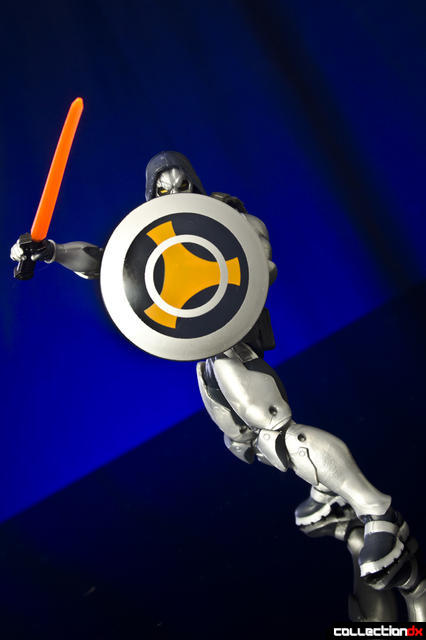 Both hands are excellent for gripping the sword, which is translucent orange and looks really nice. I really wish Hasbro would have included some extra hands, a closed fist for the shield, and a hand with a sideways swivel for the sword would have gone a long way. 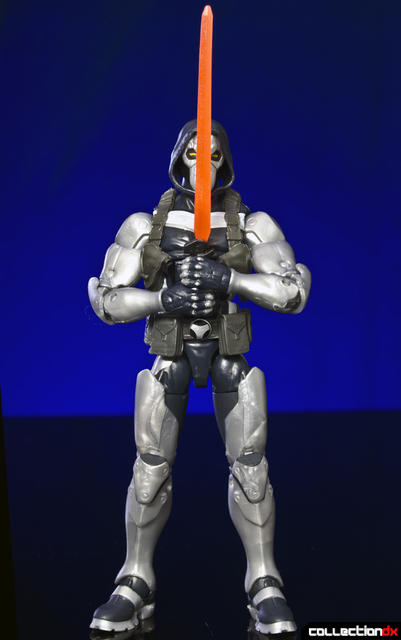 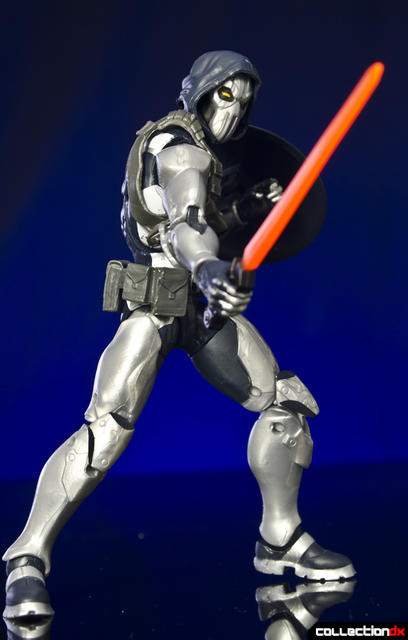 Taskmasters shoulder harness has two guns that are molded into their holsters. The holster is made of soft plastic and does not hinder articulation, but is easily removable if you so wish. Conspicuously missing is Taskmasters Cape. The Udon Taskmaster costume didn't use a cape, but being that this is a mashup of both costumes, I would have liked to see a capeincluded. That said, you can always pull from the existing pool of Marvel legends accessories, namely Ultimate Nick Fury's gun and holster and Vision's cape. 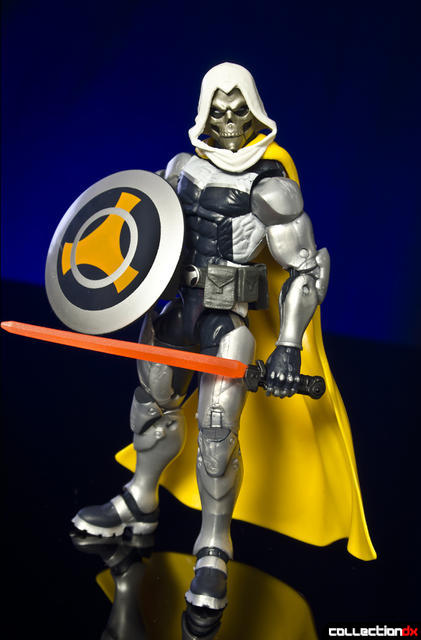 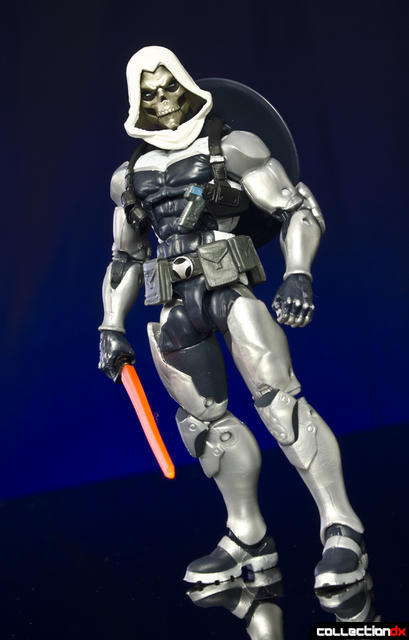 So, in closing, I really like Taskmaster. I'm super happy that they included both heads, and I'm satisfied with the level of articulation. The new ankle design is a welcome change and hopefully will be standard for all legends going forward. All of the included accessories are excellent, and work well with the figure. My only complaint aside from the white paint, is that I would have liked to see some more accessories, but at a $20 price point, that might be a bit of a pipe dream. 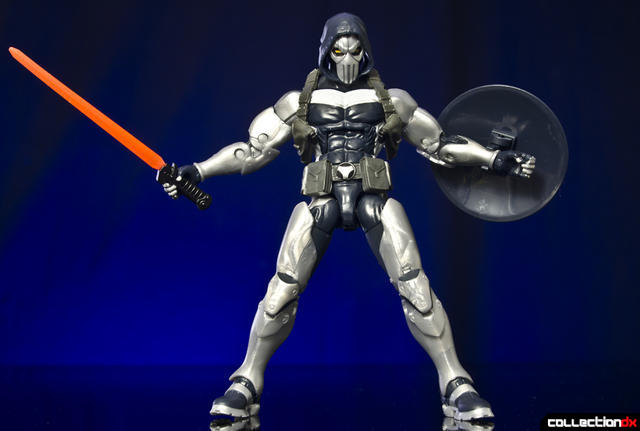 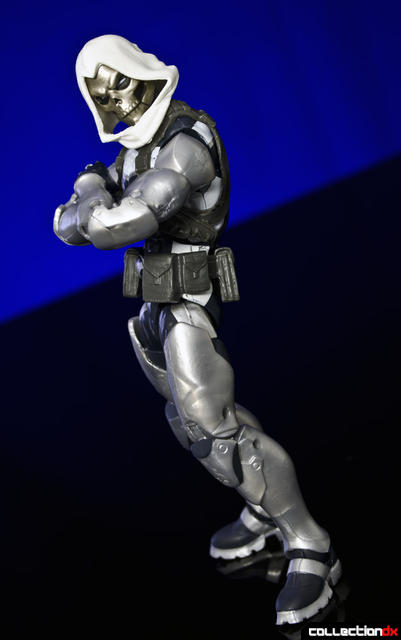 I love Taskmaster, but I'm not feeling it from this guy. They got too many little details wrong. The lack of Cape is huge. Also the missing weapons and similar detailings ie scabard, belt holster, bow, etc. And most of all the heads both bother me. I finally figured out what it is. It's the eyes. One of the subtle but defining things about the character is he has distinctly red pupils (not red eyes, just red pupils). These are especially prominent in his classic skull mask.