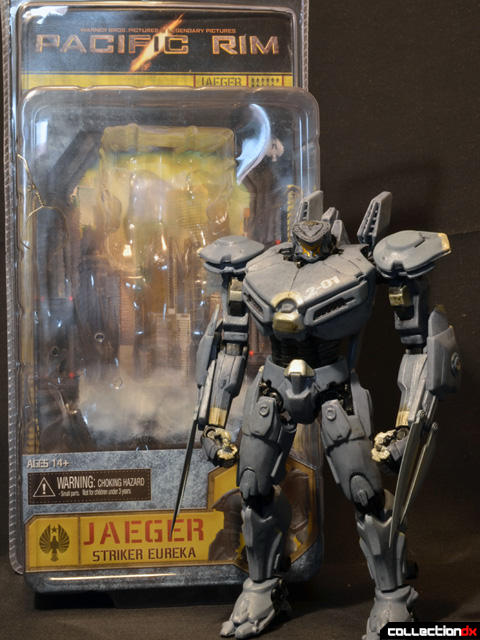 Striker Eureka is a brilliant, shining star of adequate toy design in a line plagued by shortcomings.  This Aussie anime jaeger gets it the closest to ‘right’ out of the whole line. 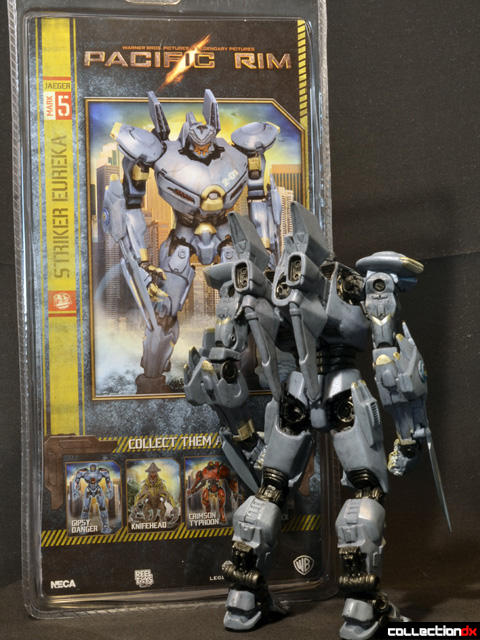 One weird thing I noticed is that the figure on the back of the package appears to have open hands, while the final toy has closed fists. 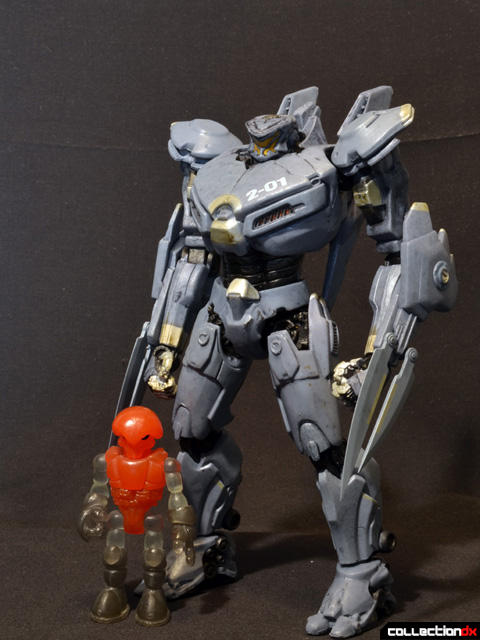 Striker Eureka stands around eight inches tall and is made from gummy PVC with hard plastic arm blades.  The toy is molded in gray plastic with the details and weathering painted, using the gray plastic as the primary color. 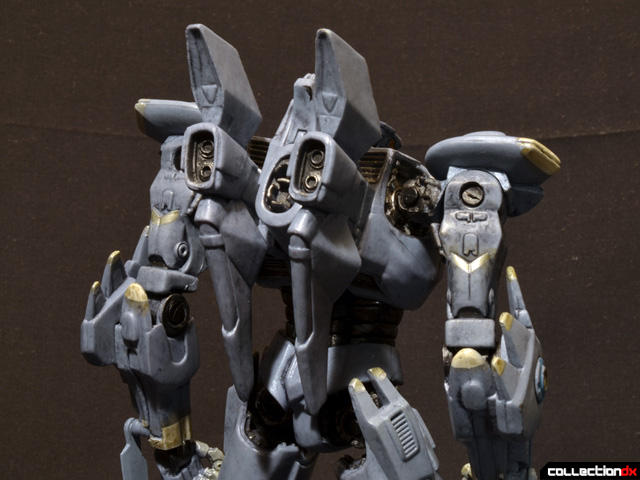 The detail is pretty great.  The molding is generally sharp, with nice techy greeblies. The engines and exhaust on the back are exceptionally sharp and good looking. 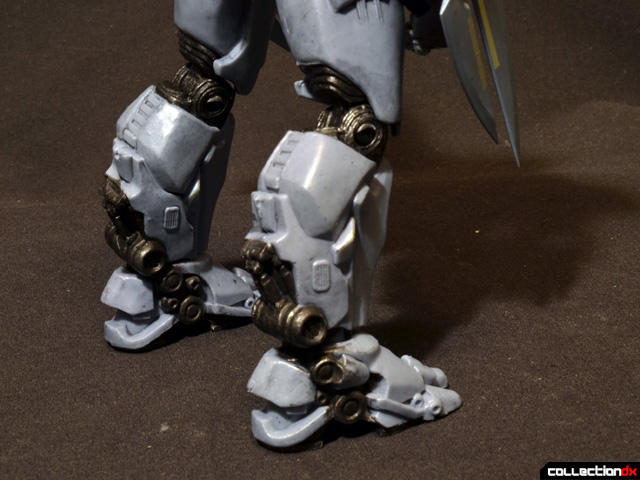 The metal details on the legs are a bit sloppy, especially around the feet.  Striker has hinged knees and ball jointed ankles.  The ankles are pretty limited, but seem durable enough that you can force them into position a bit. 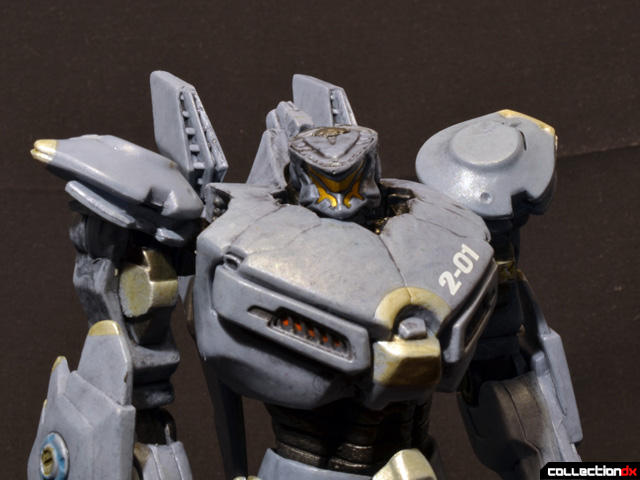 The paint work on the head is mercifully clean.  The fine shapes of the cockpit glass are sharp and evenly painted.  The neck only seems to swivel. 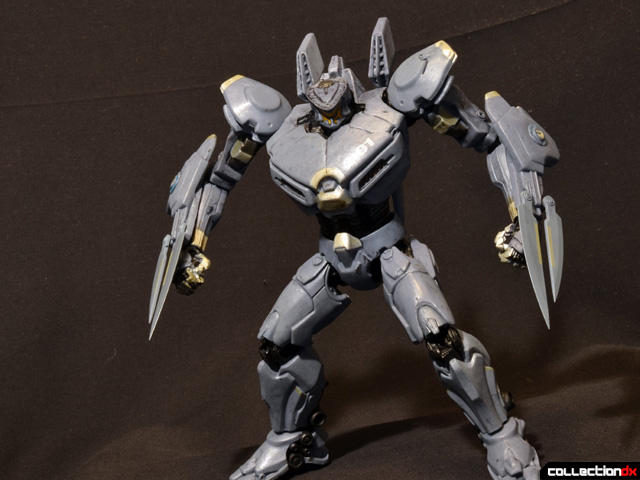 Striker Eureka features no easily broken bits, sharp details, and a cleanish paintjob.  Unfortunately, he falls a bit short in the articulation department.  The hips are limited by the armor design and the ankle ball joints are blocked up the sculpt.  The arms are where things get a bit weird.  The elbows have limited bed to them, but the shoulders are double jointed.  The shoulders rotate, and then the arms can swing out to the side by two different joints, one at the shoulder, and one where the arm meets the shoulder armor.  This double joint arrangement provides some nice expression to the figure.  The biggest problem, aside from the generally limited range on most of the joints, is the lack of a bicep swivel.  Striker has a tough time effectively bringing his arm blades to bear without this key joint. 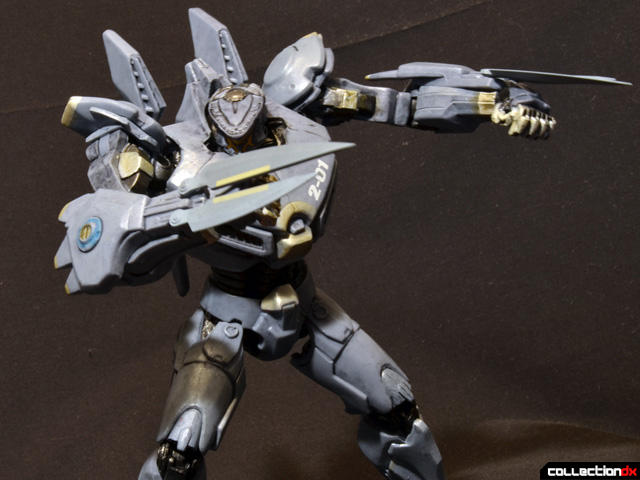 Still, this is easily the best figure in the whole line.  Striker Eureka can rock some dynamic battle stances, but nothing too extreme.  The jaeger in the film was much more lithe and dynamic. 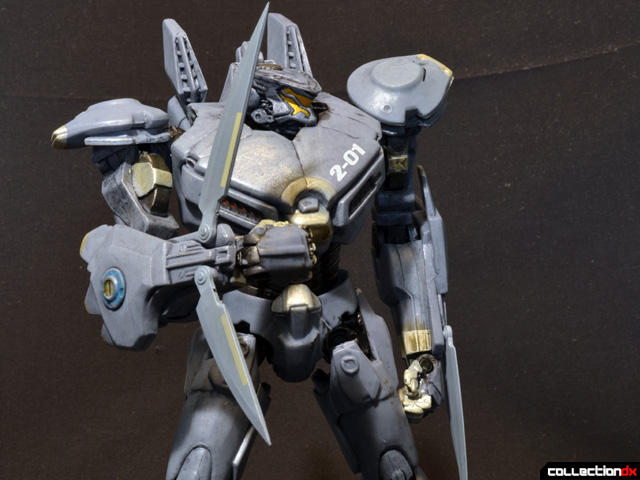 The arm blades are hinged.  I have heard multiple people report seeing Eureka figures with broken blades in the package at their local stores, so watch out for that.  The blades are made from sharp plastic that is probably a bit brittle, especially at the pin for the hinge. 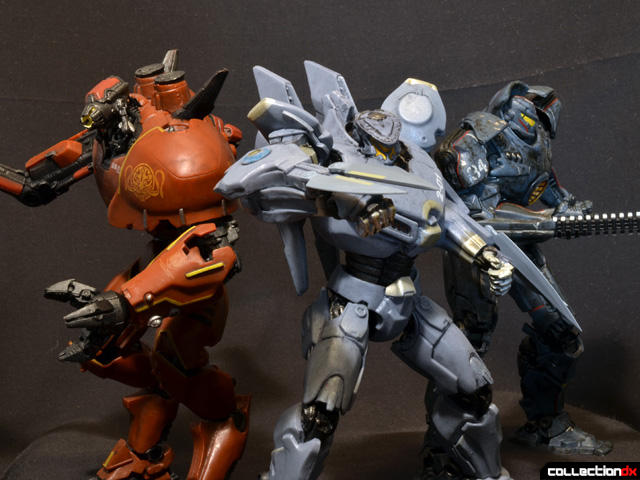 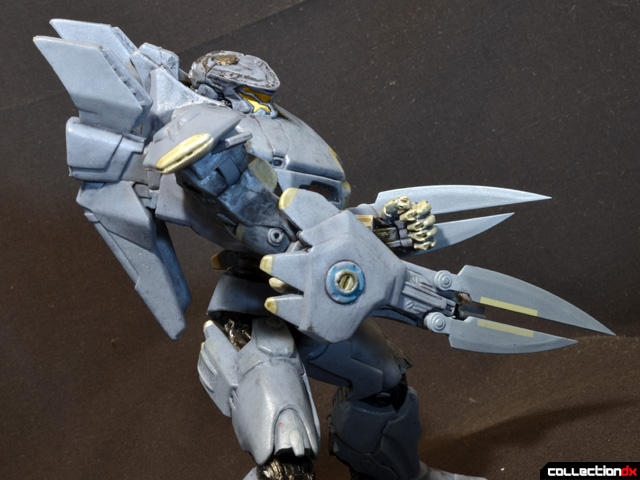 There’s some genuinely good work going on here, making me all the more sad that the rest of the line is so mediocre.  Eureka is still not an amazing action figure by any stretch, but it’s so much better than the others.  NECA’s inconsistent output continues to be hugely off-putting, making me wary of every new purchase. 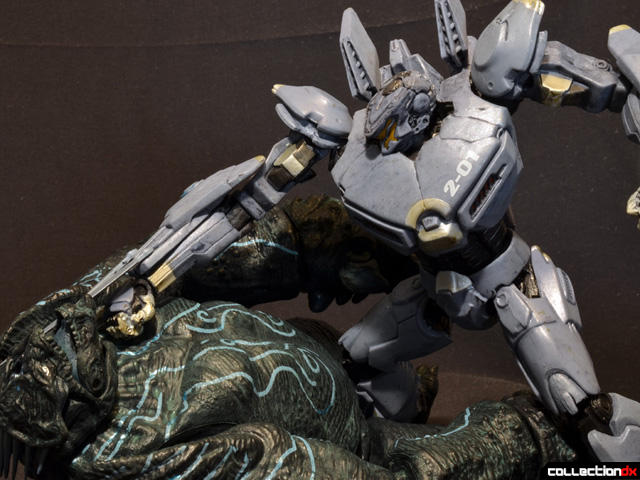 Terrible toys deserve to be stabbed in the neck. 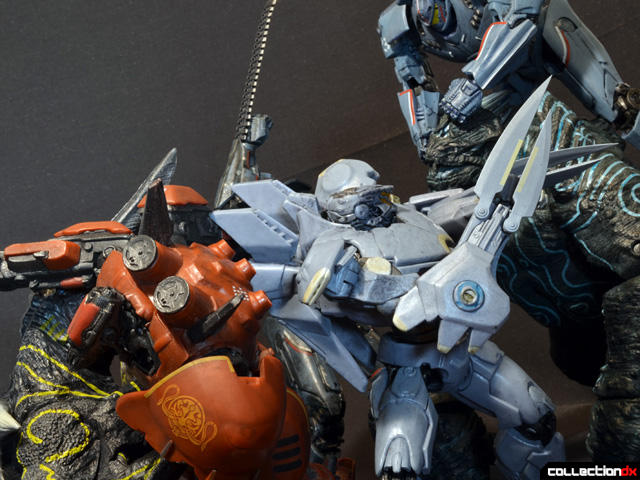 Here’s one big fight scene to send off Wave 2 of NECA’s Pacific Rim line.  Two out of three figures in the wave are bad and you probably shouldn’t buy them.  Striker Eureka is the lone exception, still recommended with reservations.  Being the best of a bad toyline still does not make Eureka a great figure, but fans of the movie and of the design should give it a look.  Just make sure to buy one at your local store in person so you can make sure it’s not broken in the package.

to unleash your anger any time soon.