As far as I can tell, Star Searchers was Bandai’s attempt to market Toei’s Metal Heroes to an American audience. Zeric is clearly Space Sheriff Shaider, although I’m not sure of the original toy mold. 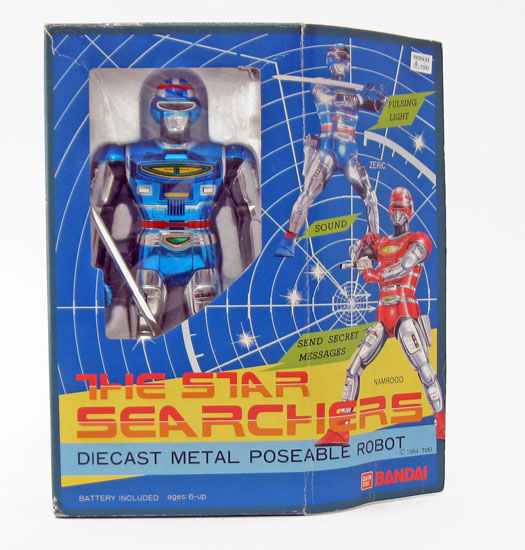 Zeric is larger than the standard Popy size, measuring 7.5 inches high. If the back of the box is to be believed, a similar model of Sharivan was also released in America. 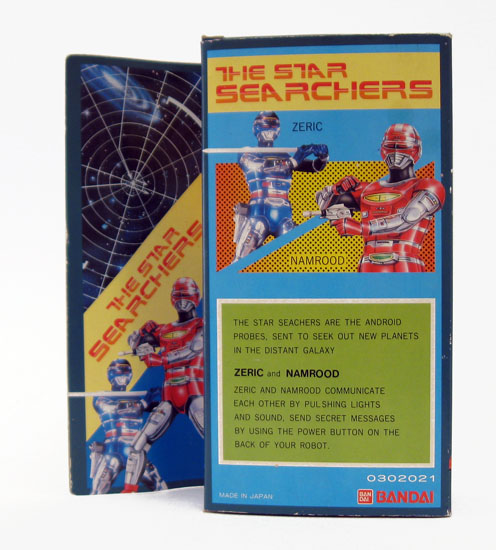 Zeric is a great figure, mostly plastic but with a substantial heft provided by the diecast rear leg components. The rest of the toy is executed in sharply detailed chromium, in blue and silver. 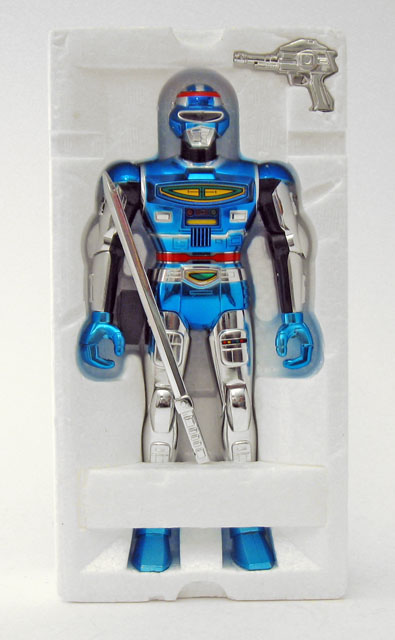 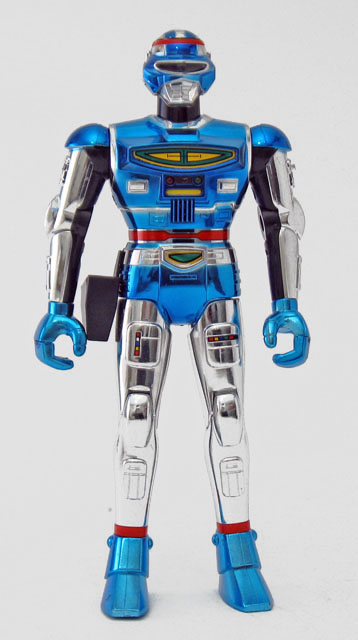 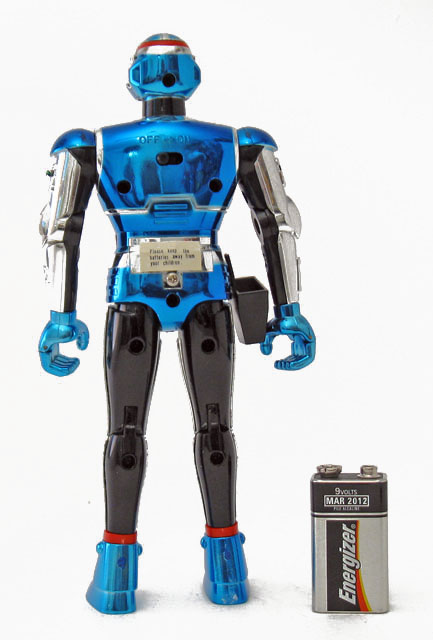 Zeric’s primary gimmick is a light/sound feature, activated by a switch on his back. His eyes and chest pulse along with a throbbing laser noise. 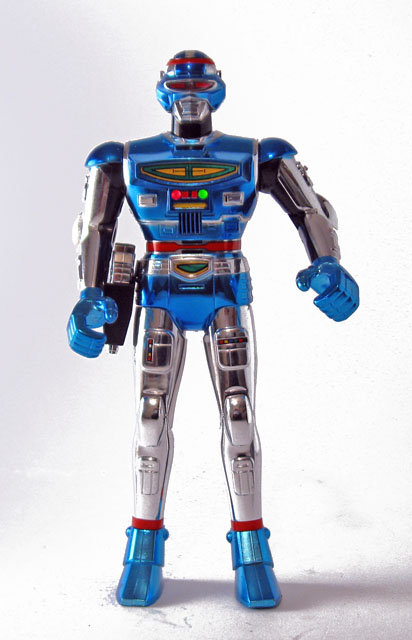 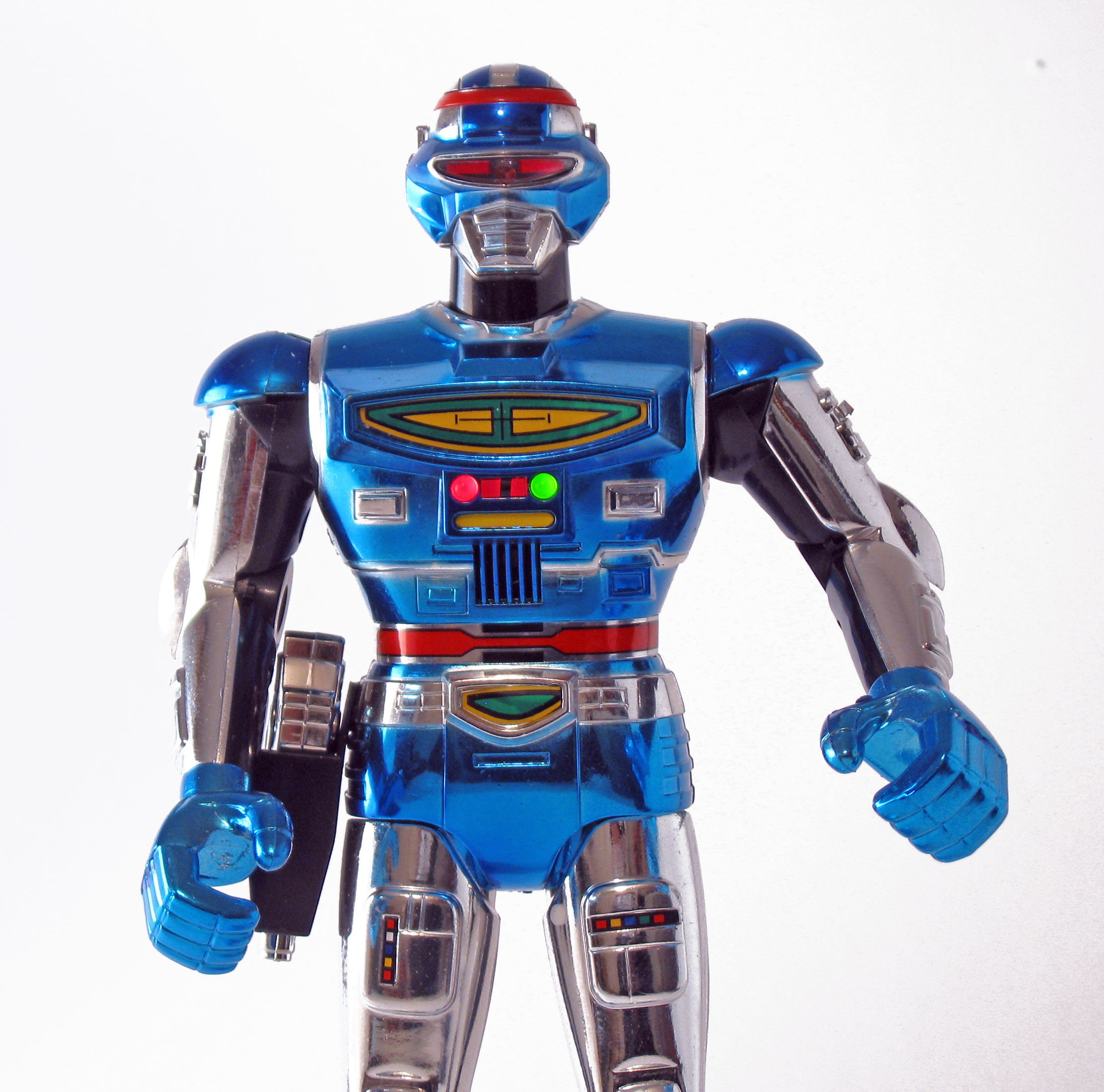 For a light/sound figure, Zeric is surprisingly articulated, with movement at his neck, shoulders, elbows, hips, and knees. 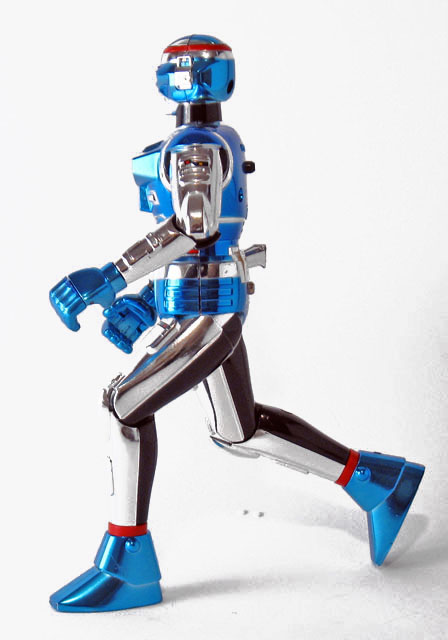 The fit and finish is pure Popy. This is a quality toy. Zeric comes with two accessories, a sword and a gun. The gun fits nicely in its holster. 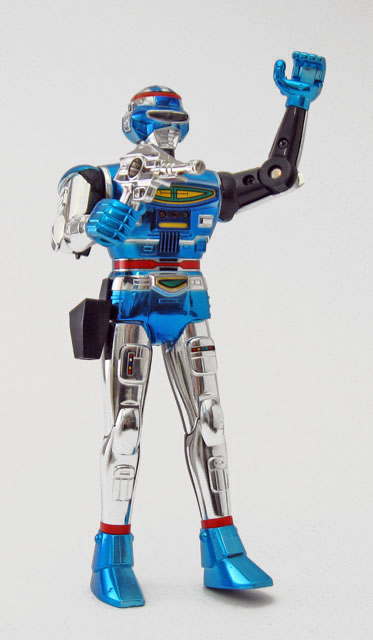 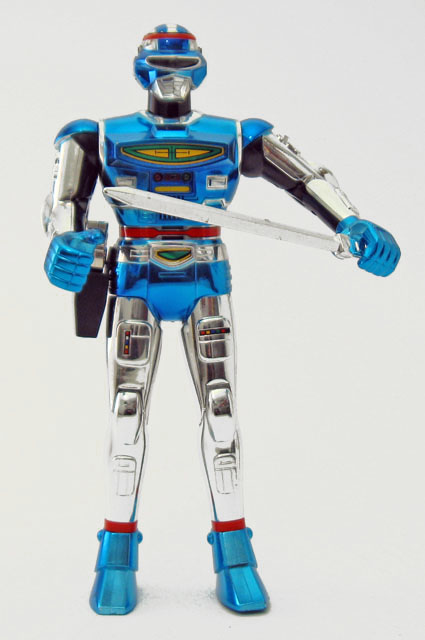 Given the dearth of Metal Hero product in the US, I recommend picking up any Star Searchers product you can get ahold of.

This is an exsquisite toy, definitely. I love these Toho Robot Heroes for their beauty and for being an inspiration for ROBOCOP.

Better than recent Armour trans (for me).

I've grown up with VR Troopers and Big Bad Beetleborgs, I initially thought that was it until I saw the Metal Hero series. I got Chogokin Sharivan (Namrood), I'll eventually got Namrood is chances are possible.

>>> If the back of the box is to be believed, a similar model of Sharivan was also released in America.

The Namrood toy shown on the box isn't a model of Space Sheriff Sharivan, but is basically just the same Space Sheriff Shaider toy color-swapped red instead of blue. Design-wise, the two toys are absolutely identical apart from color. Which also means that Namrood doesn't actually LOOK like Sharivan at all apart from the color.

I got both of them for Christmas as a kid about 25 years ago (and I believe I still have both of them packed away somewhere - I'd have to look), because my mom found them in a local 5-and-10 store and assumed I'd like generic space robot toys (and she was right, I did). I had absolutely no idea what they were, though - it wasn't until only a few years ago that I actually stumbled across Space Sheriff Shaider online and recognized it.

Very cool! I love Metal Heroes/VR Troopers so this fascinates me that toys of Shaider and Sharivan came out long before VR Troopers did. cool!