Since it's August and shark week is this month, I've decided to review something special. A figure from a line called "Robo War Transbotix." The only places I've seen these at was Dollar General and they were going for about $6. There were three types (a lion, a dragon, and a shark) and this one caught my eye. All of them transform into futuristic aircraft similar to some Gundams and to the untrained eye, they probably will be mistaken as such. For a while now, I myself thought they were original designs based on Gundams, but thanks to the site's moderator I've found out that they are actually based off the Takara DX Black OX from Tetsujin-28 FX. So big shout outs to Josh B. for that one. 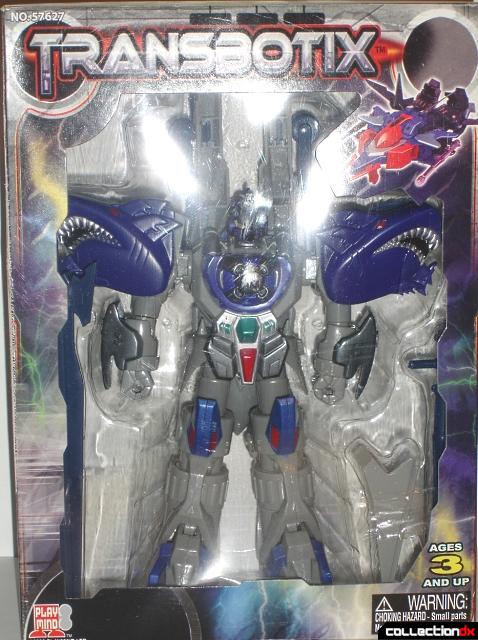 Overall the quality is decent, joints are tight, and you don't have to worry about this guy falling apart on you. At least not my sample. None of the Transbotix mecha have individual names so that's why I've dubbed this guy the "shark type." For the rest of the review I will refer to him simply as "Shark."

Shark transforms into a futuristic fighter plane like all the others. He's completely grey in this form with tiny bits of blue showing. 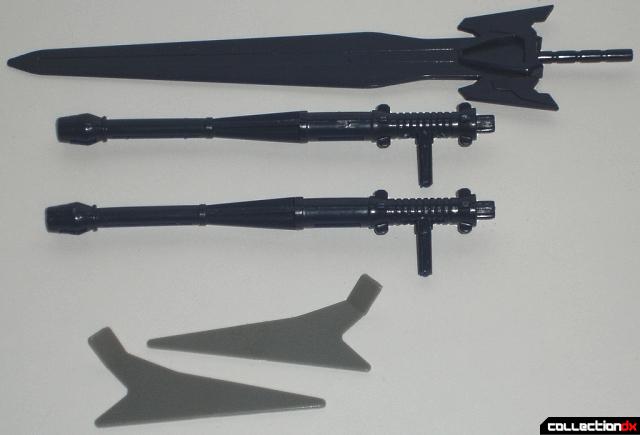 His accessories include two rear tail fins, two laser cannons, and a long sword. The laser cannons can be attached to his arms in both robot and vehicle mode. 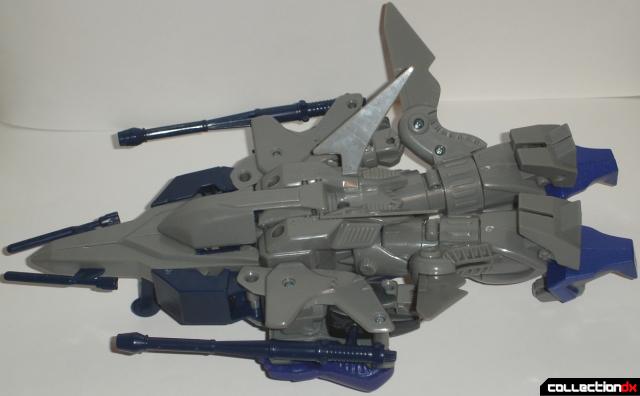 He's an aquatic themed robot, yet he transforms into an aircraft. Maybe the jet mode has under water capabilities? Who knows....Maybe the people at Sunco? 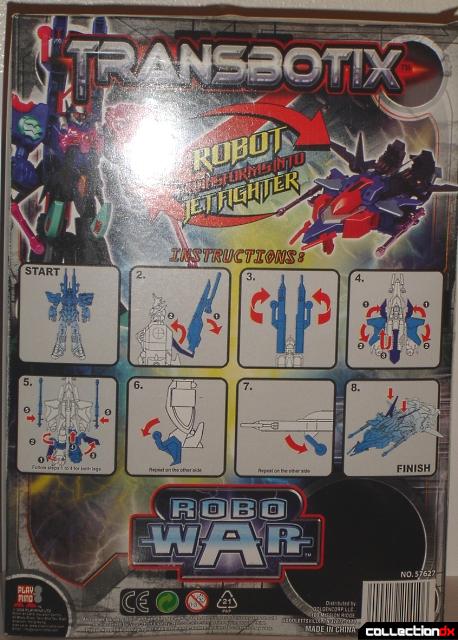 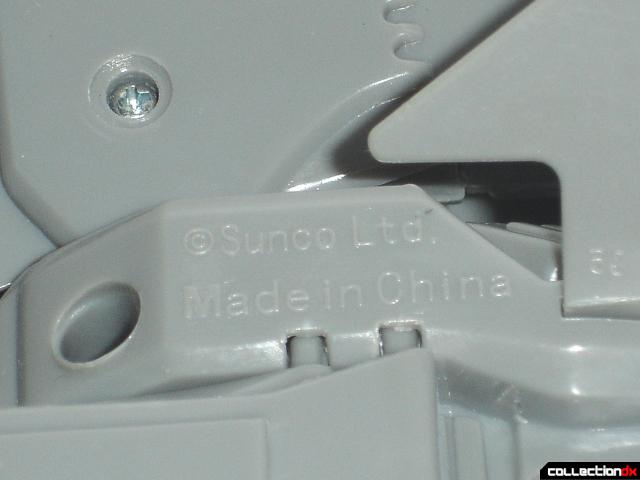 Speaking of which there is something I'm confused about. On the back of the box it says "Play Mind LTD" yet on the back of Shark there's a stamp of a company named "Sunco LTD." Not sure whether it's the same company, two companies merged together, or if one company bought out the other one. I know one things for sure, this is one of the few generics I own with a company name stamped right on the figure. A big plus for that. 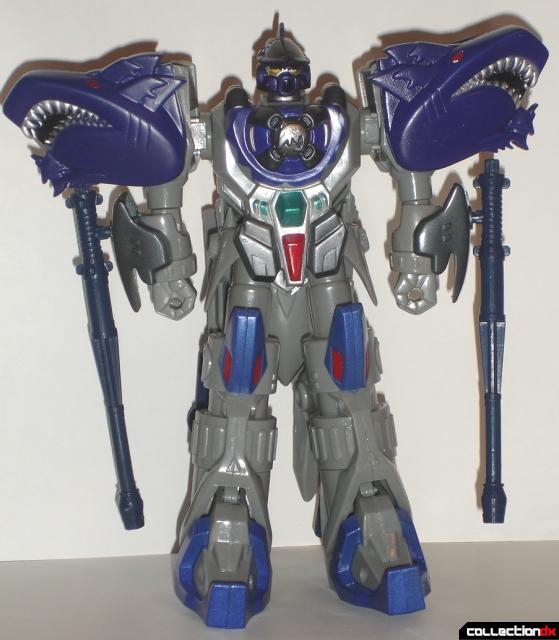 Besides the colors and slight remolding all three of the Transbotix crew are basically the same. The main way to tell them apart is by their shoulder armor. Shark obviously has sharks on his armor while the other two have a different type of animal. I don't know why, but Shark was the only one I was drawn to. His whole body is grey with blue accents and small specks of red, blue, and green. The perfect amount is used because it doesn't ruin the color scheme. 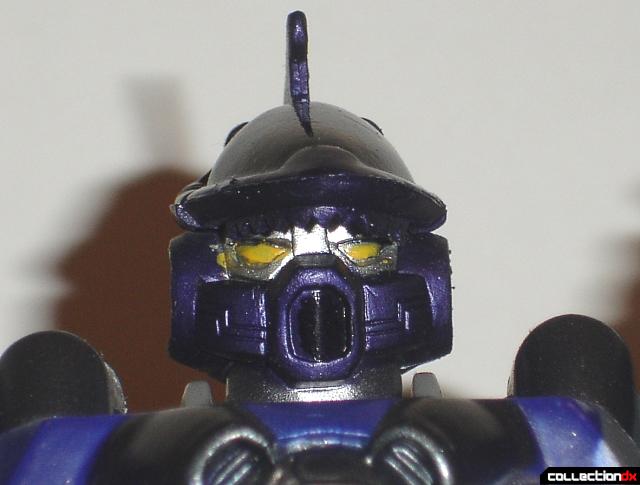 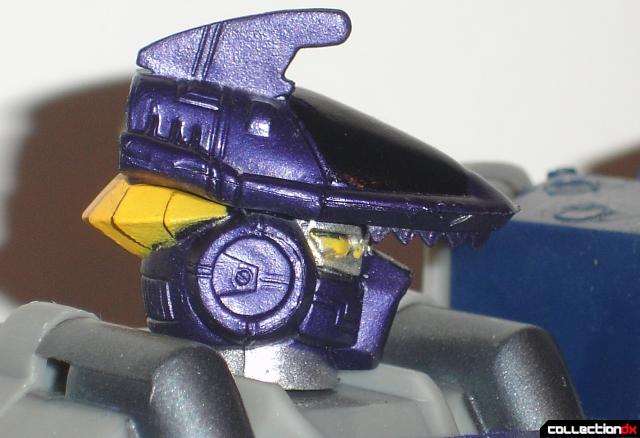 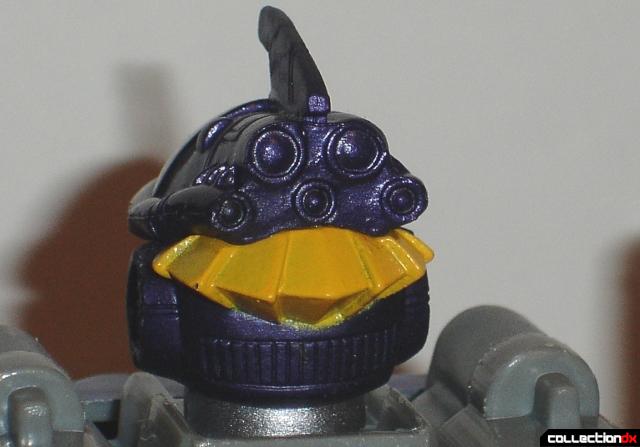 Other than the sloppy paint job around the eyes, the head is beautifully sculpted. Since he's an aquatic robot the faceplate could possibly be a scuba mask and the back of the head has something sculpted that look like an air filter. 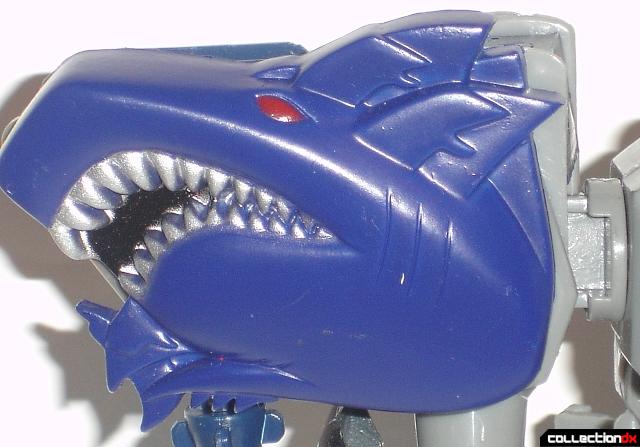 Two menacing look shark insignia are sculpted onto both of the shoulders... 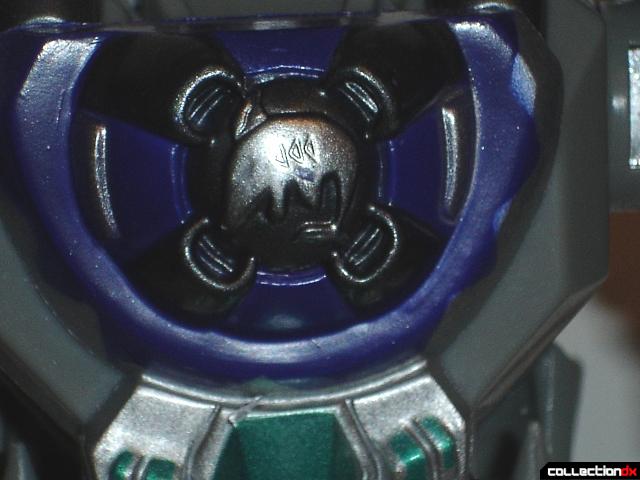 As well as a smaller one on the chest. 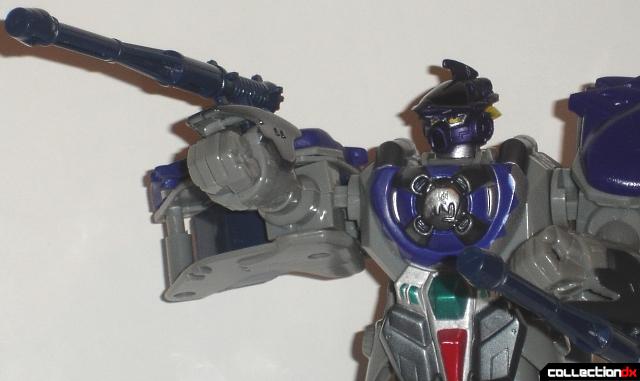 The two laser cannons can be attached to his arms and be used in a similar style as the seekers. 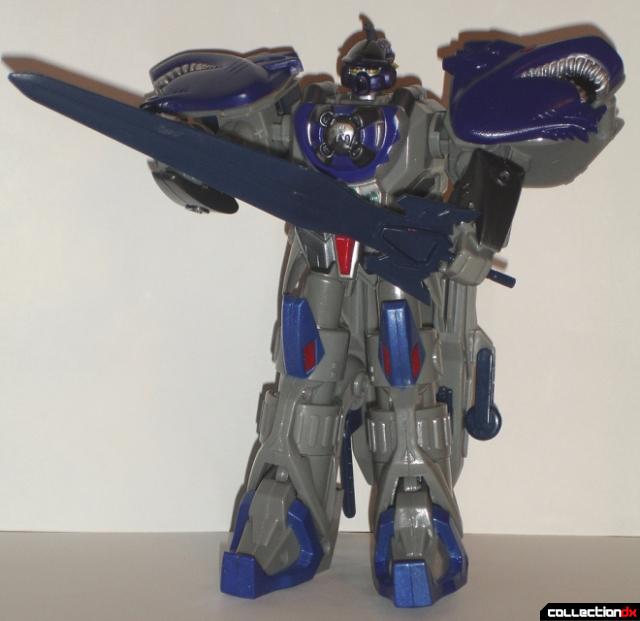 The sword is one color and a little thin so be careful that you don't bend it or else it will snap like a twig. Both of the rear tail fins are like that too. 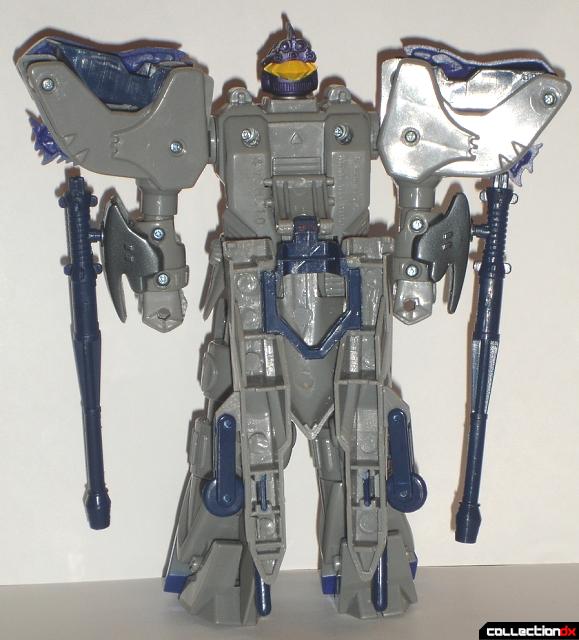 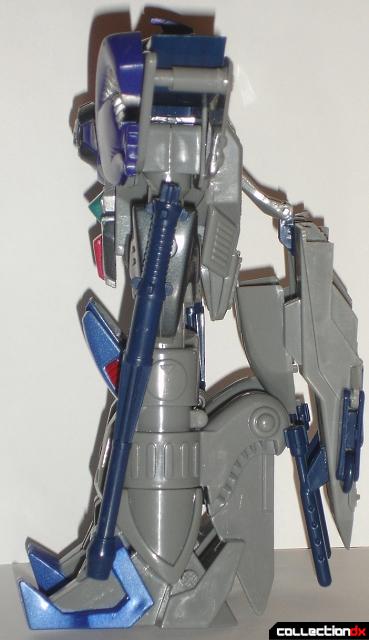 Shark has no paint applications on his back except for the landing gear and machine gun on the nose of the plane, which just hangs loosely with no way to secure it. It's kibble but very minor. I've seen much worst.

Shark is by no means a perfect figure, but if you want something that's unique, affordable, and makes a nice looking display piece (robot mode only) I'd recommend him! However, if you have galeophobia then you might want to go for one of his other teammates instead.

Yeah, he's gained a little bit of weight since the last time we saw him. Too many energon goodies.

great review, am i the only one who thinks this is a Machine Wars Hellscream?

Hey, why not? They both have a "shark" theme anyway. Lol (sorry for the late reply)

Wow, these bootleggers have been milking this mold for many years now. See that black, blue and pink chrome Black Ox with a pink chrome dinosaur head molded onto one shoulder, on the back of the box? Those were definitely around about ten years ago. There was also a blue and white one with a lion head on its shoulder in gold chrome. They were actually pretty elegant... I wish I still had mine.

I've seen the ones you were talking about, but Yikes! 10 years!? I didn't know these KO's have been around for that long! (sorry for the late reply)