The Pheyaos mini was the first collaboration figure between Onell Designs and Real X Head. The white version used for this review was the first release, and a Japan exclusive. As I discussed in my Pheyaos Man review, the Pheyaos is a collaborative character designed by Matt Doughty of Onell Designs and Mori Katsura of Real X Head, representing Mori’s most popular character, the shapeshifter Mutant Chaos, after he has absorbed the power and essence of the traveler Pheyden. 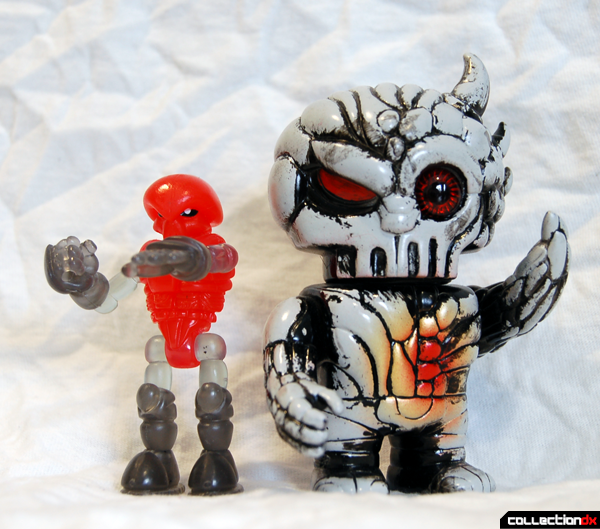 The Pheyaos mini is just under three inches tall and consists of four parts: head, body, and two arms. Previous Real X Head minis are only two pieces, head and body, and articulated at the neck. One point of articulation wasn’t good enough for Matt Doughty, so for the Pheyaos they upped the parts count and made the first fully articulated Real X Head mini. 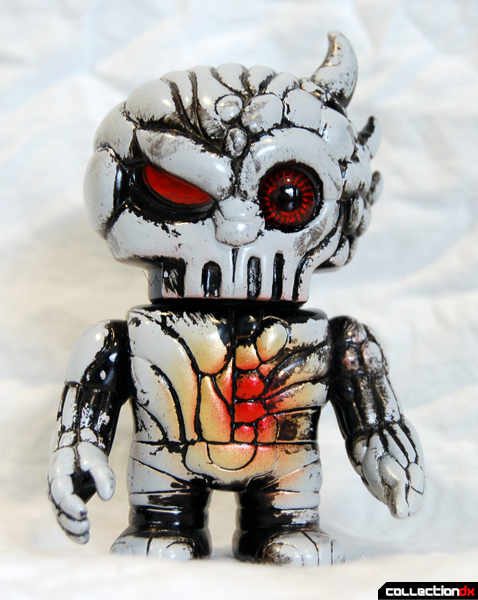 Pheyaos features a great deal of detail, representing both his Glyos and Real X Head design. He has head spines like the spike on Mutant Chaos’s head, a three-fingered hand like on Pheyden, a Real X Head weapon arm, the skull-like visage of Pheyden, and the ubiquitous doll-eye of Chaos. 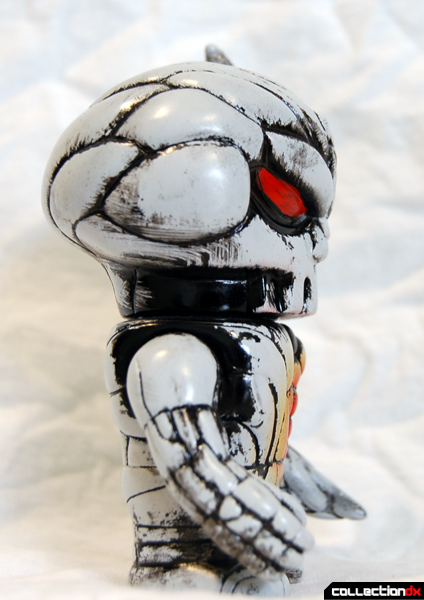 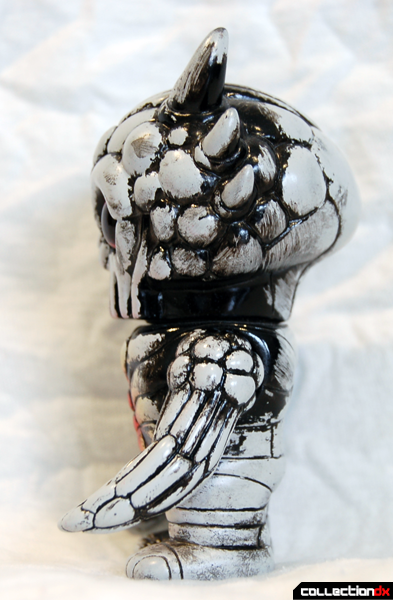 The version featured in this review is molded on white vinyl, with a black rub, simple gold and red spray, and brush-painted red eye. The finish might seem simple, but when I talked to Matt about this figure, he told me it represents the Pheyaos right as it is forming from the merging of Chaos and Pheyden, glowing with energy while still undergoing its metamorphosis. The second release of the Pheyaos mini was in the definitive blue and green split scheme, matching the first release of the Pheyaos Man. 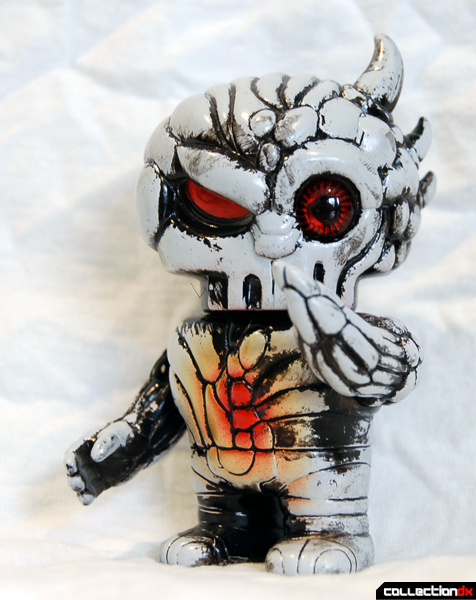 The Pheyaos mini is one of my favorite vinyl figures. It might not have the shelf presence or paint finish of a big standard-sized kaiju, but it is loaded with detail and feels great in your hands. It’s the perfect size to throw in your pocket or mess around with in your hand while doing something else. The two releases so far have been quite limited, and sold out almost instantly, but Matt knows that his vinyl ventures have proved quite popular, and is always looking to increase the run-sizes for the next releases. If you keep your eyes on the Glyos production blog: http://onelldesign.blogspot.com, you’ll have the best chance to grab one when they are next released, and they are well worth it. 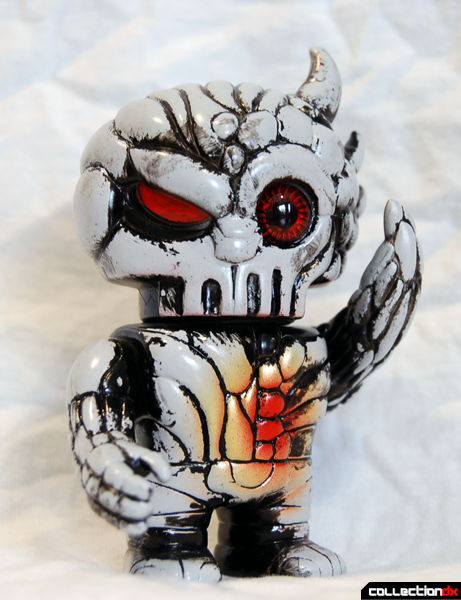 I love seeing the RealxHead mini
with more articulation. Hopefully
this will become normal for RealxHead's minis.

It only just occurred to me just how this small guys is!