Perfect Cell was brought to you by Bluefin Tamashii Nations!

Hey everyone! Jmann is BACK with a review of S.H. Figuarts Perfect Cell from Dragonball Z! You may remember Cell as the ultimate Android created by Dr. Gero using DNA from all of the Dragonball Z characters who aren't Yamcha. 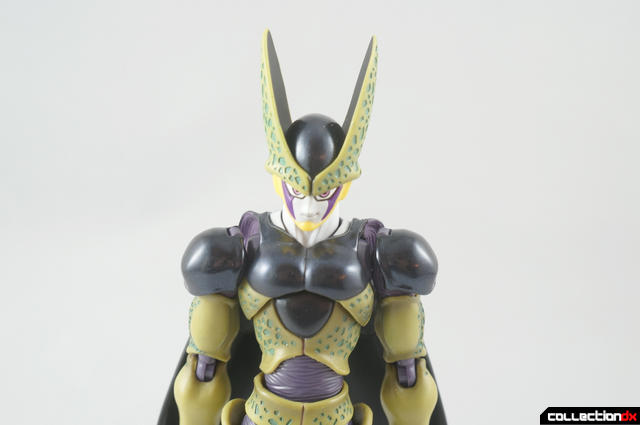 This is Cell's final form after he finished requiring minerals and evolved. 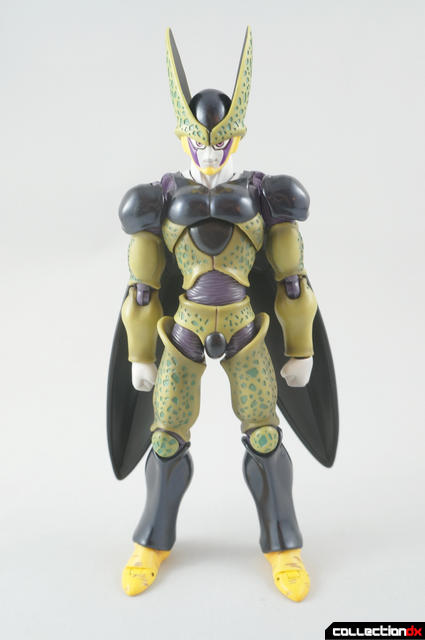 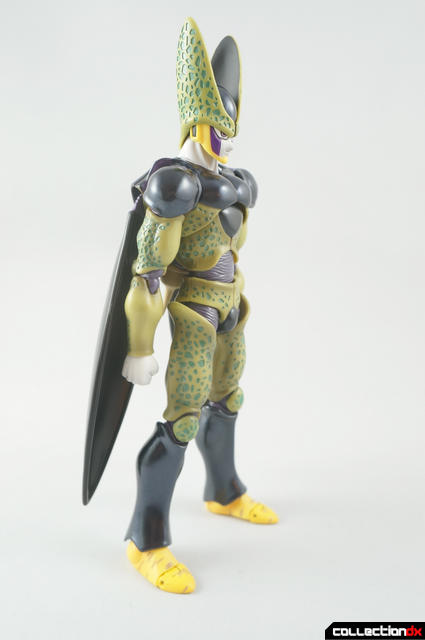 Opening up the box, you see a figure that is completely different from other S.H. Figuarts. Cell's proportions are pretty good, and he is a bit taller than Goku. 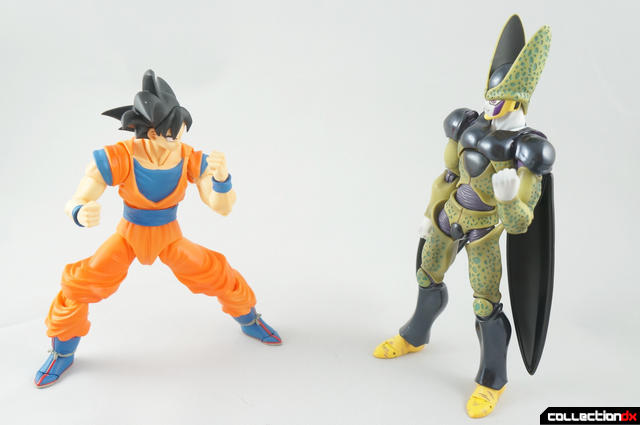 That makes complete sense as he was pretty tall in the show. I'm glad they decided to stay accurate rather than make a figure the same size as everyone else. 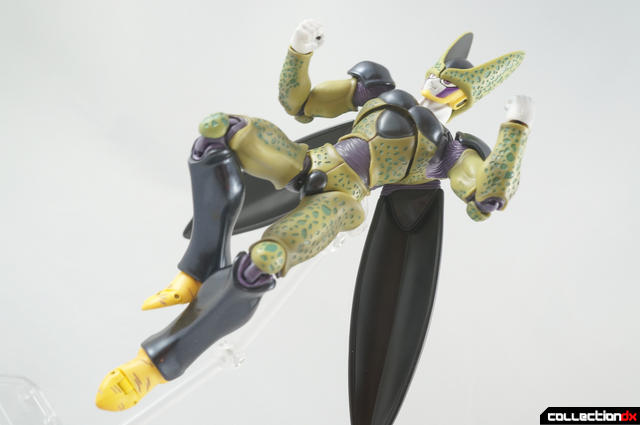 Cell is very green, and looks like he was ripped right out of an animation cell. (Get it? See what I did? Did you see it? Huh?) He is very matte and looks pretty squishy, and that seems perfect for a bio-organism like him. 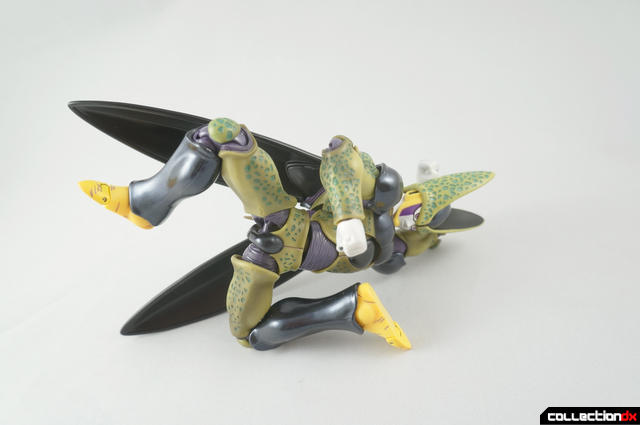 The articulation is the standard articulation for the line, except the ankles are only on ball-joints. That's kind of sad because the latest releases have that really pretty combination ball-thing. These will definitely loosen after a while, so I'd be careful about that. Of course, I can't complain too much since this is an older release, and most of the other DBZ characters of the time just had ball-joints for ankles as well. 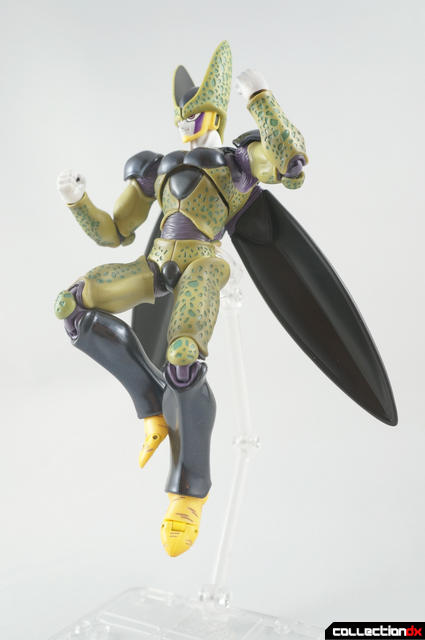 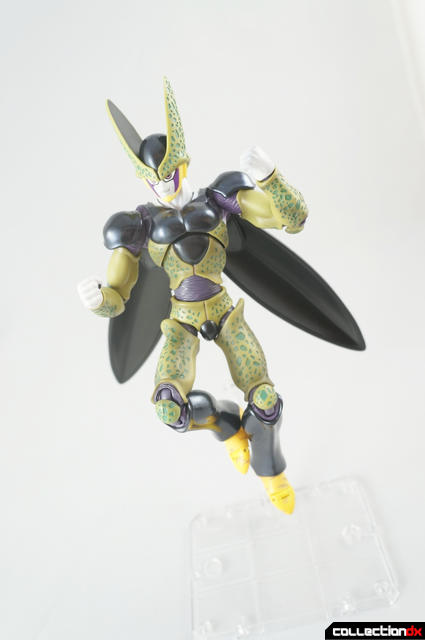 I had no trouble getting him into fighting and flying poses, which is basically all you need for a Dragonball Z character. 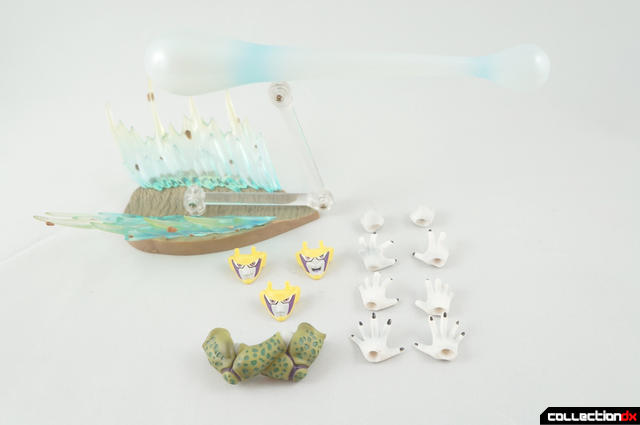 Cell also comes with a pretty decent amount of accessories with 3 faces, four pairs of hands, folded arms, and a Kamehameha Blast, complete with shockwave and ruptured ground. 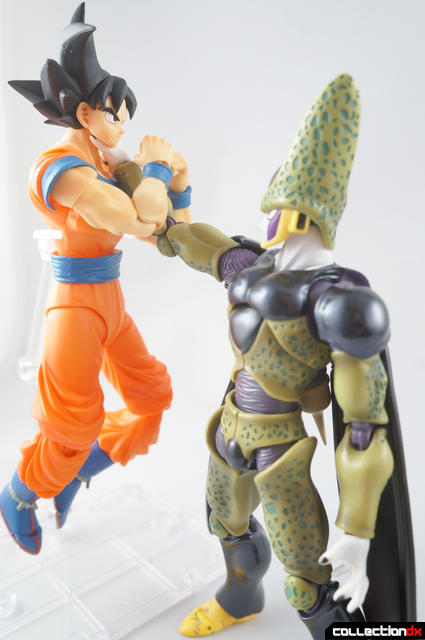 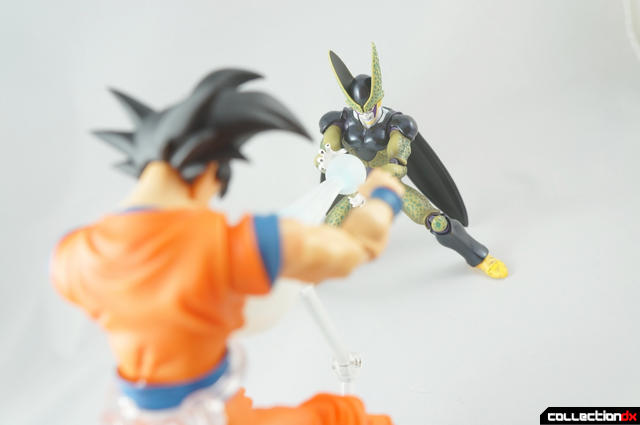 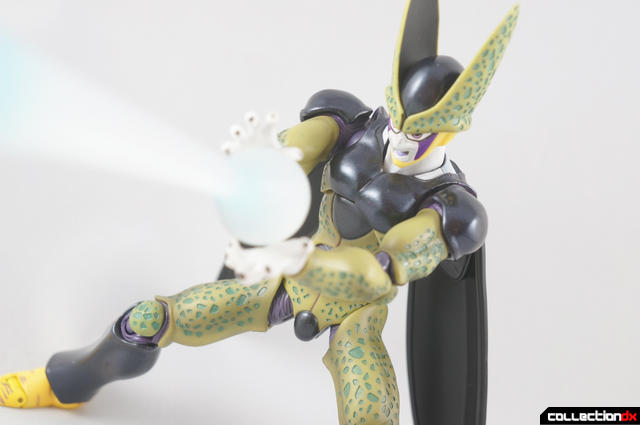 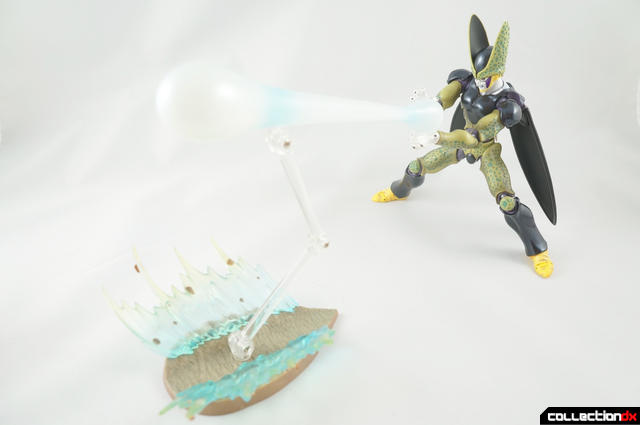 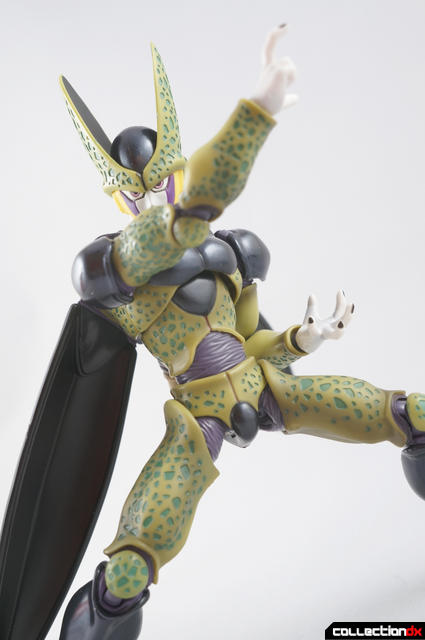 I had so much fun with this figure, and I highly recommend him to Dragonball Z fans. Of course, I can't exactly recommend him at his current aftermarket price, which is around $90 USD. Cell was originally a Tamashii Web Exclusive, but he was brought over by Bluefin as a mass release, but he hasn't been stocked for a while. I'm sure Bluefin will randomly stock them one day like they did with Piccolo, and once that happens you should jump on it. 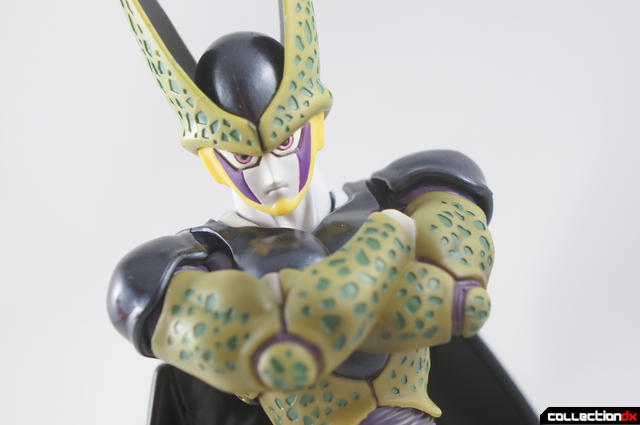 I totally see what you did there.