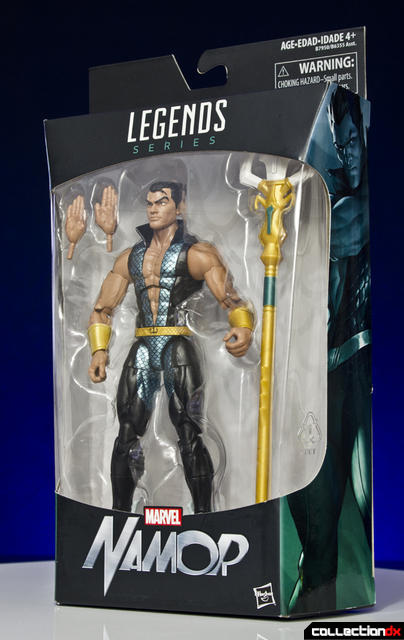 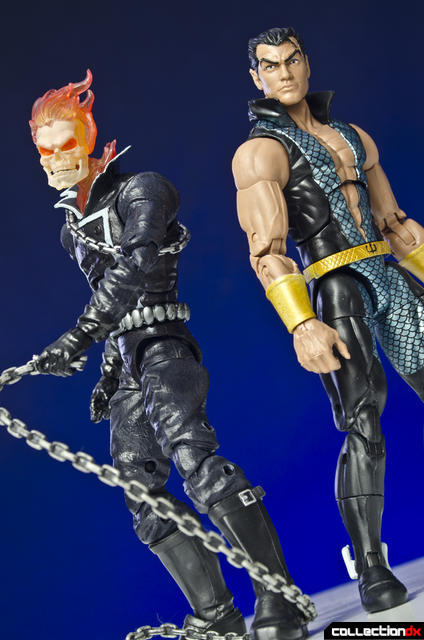 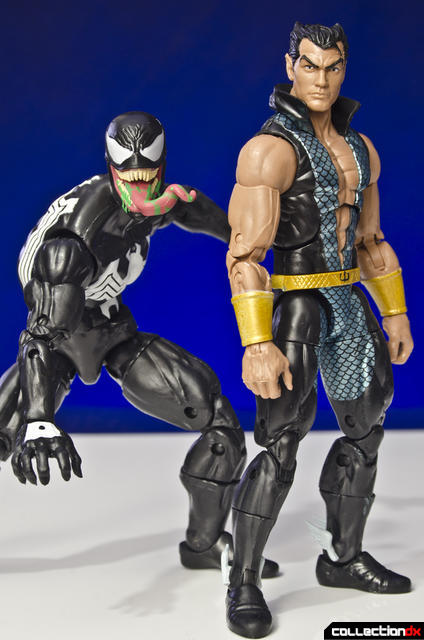 Namors articulation is pretty standard for legends. He has nice range in his arms and hips and a decent torso crunch. Namor is more than capable of getting into any number of dynamic poses. While the shoulder are a simple swivel and hinge, they have ample range. All of the joints are nice and solid on mine. 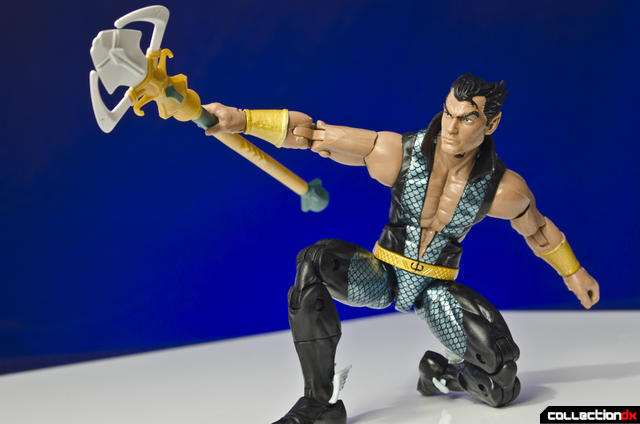 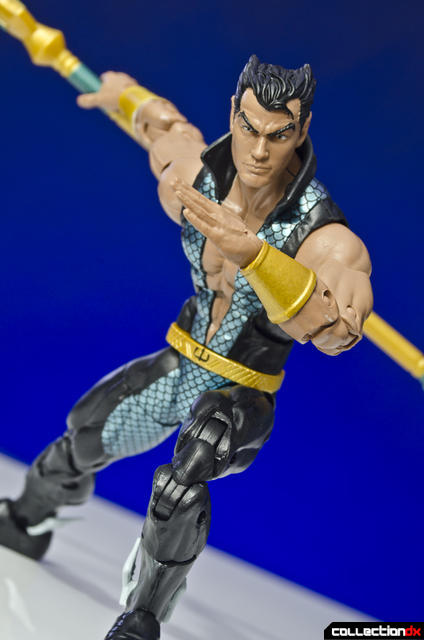 Namors paint is very nice, Hasbro did a great job of reproducing the Marvel Now! costume. He has a metallic blue fish scale pattern that looks great. The only place where the paint is a little off is his eyes, wich kills me because his face sculpt is so great. Nub marks and flash lines are still widespread. 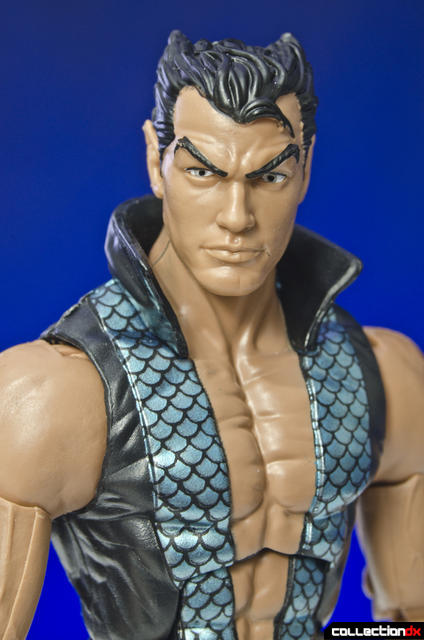 Namors only accessory is his trident and swimming hands. I would have liked to had some closed fists included, but this isn't the first or last Legends to have hands left out. 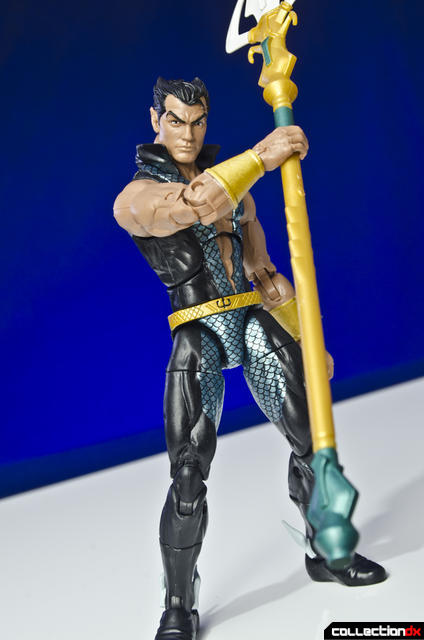 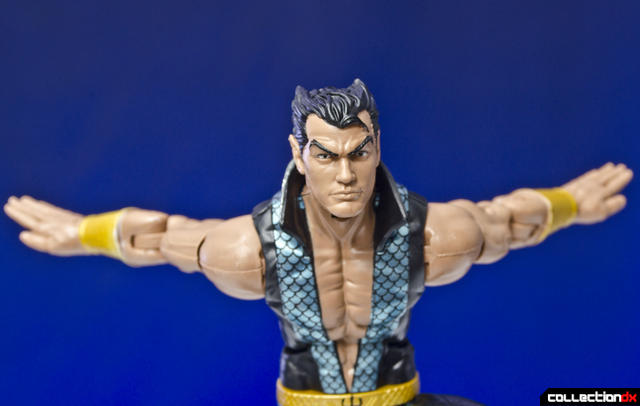 I was happy to see that Namor has his iconic wings sculped on his feet. 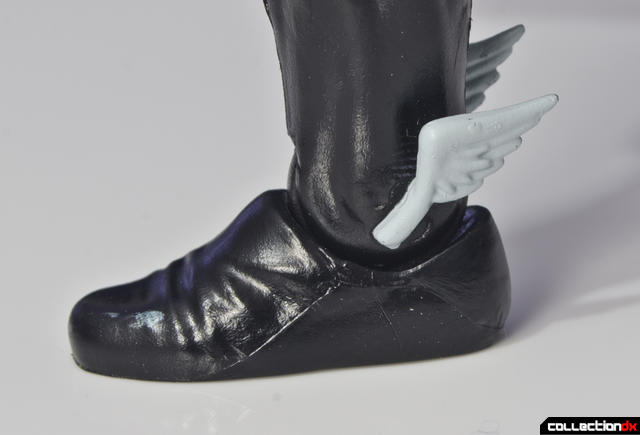 Aside from a bit of a lazy eye on mine, Namor is a solid release. If you're a fan of the character (and if you're not, you should be) he will make an excellent addition to your collection. 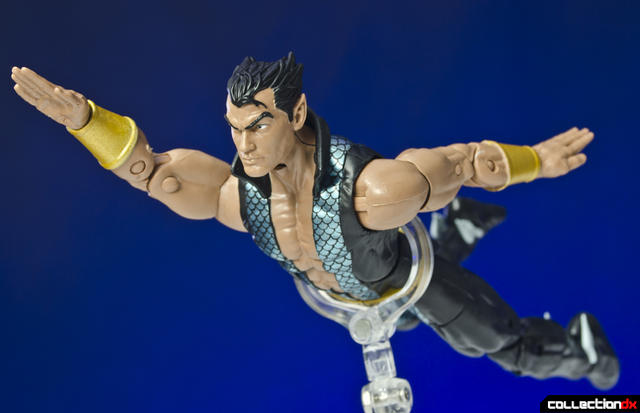 I might pick him up just so one of my Black Panther figures can stand on him.