Alright folks, I'm not gonna even try to hide my excitement for Pacific Rim. In fact, just thinking about seeing a big budget robots vs. giant monsters movie in theaters is enough to make me squeal like a little girl. In fact, I was surprised that very few people were cashing in on this license since I want nothing more than to throw as much money as possible at the movie. Luckily, NECA stepped in and gave us several action figures to whet our appetites until the movie releases later this month. Let's look at the first of these figures, which is none other than GIPSY DANGER! 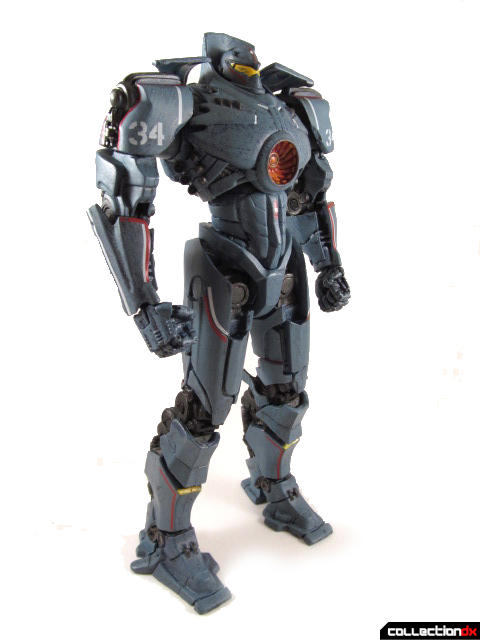 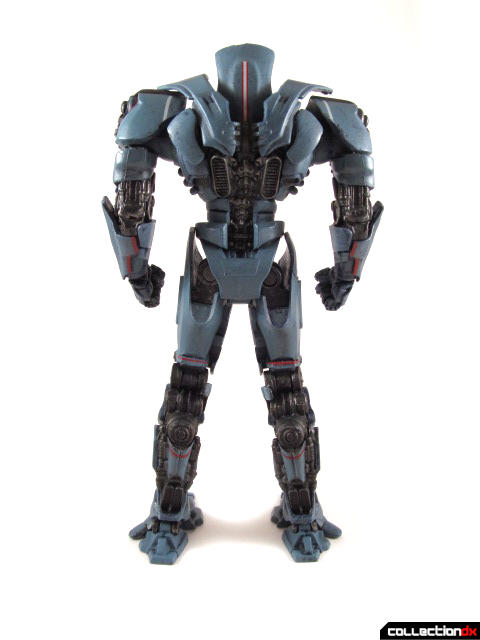 This figure is roughly seven inches tall like most of NECA's offerings. The sculpt of the figure is pretty excellent, and the paint detail is pretty good as well. The paint is drybrushed on which leaves a lot of black panel lines and stuff that make it look grimey. I'm totally cool with that because I'm a sucker for weathered details. 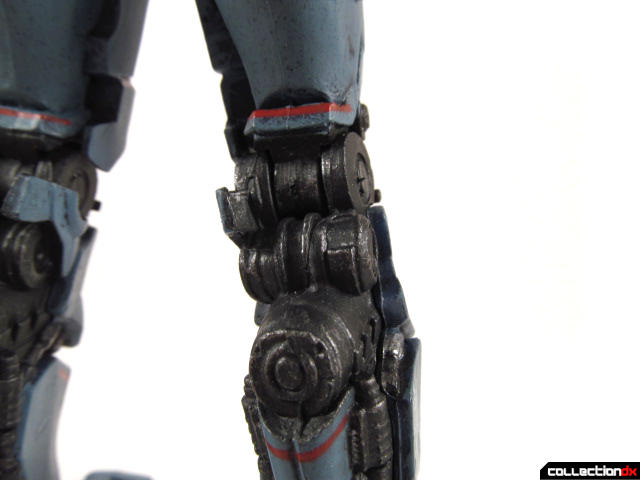 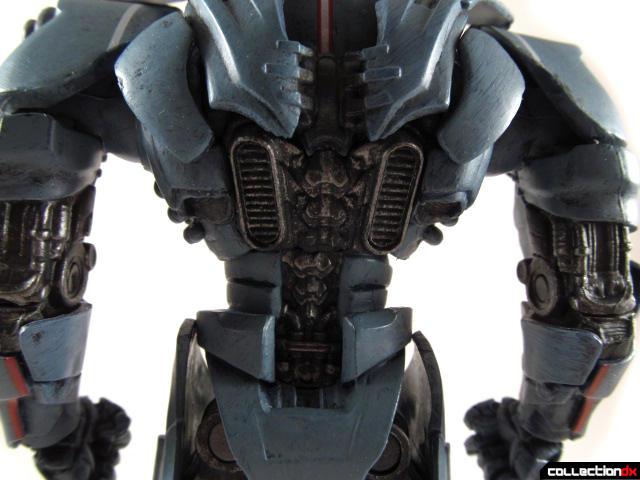 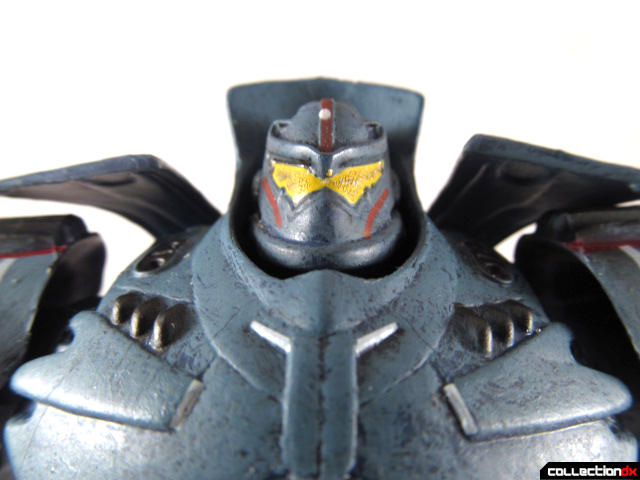 The only real letdown is the visor area on the head. It has a lot of heavy brushmarks so it doesn't really look like a sleak piece of glass. 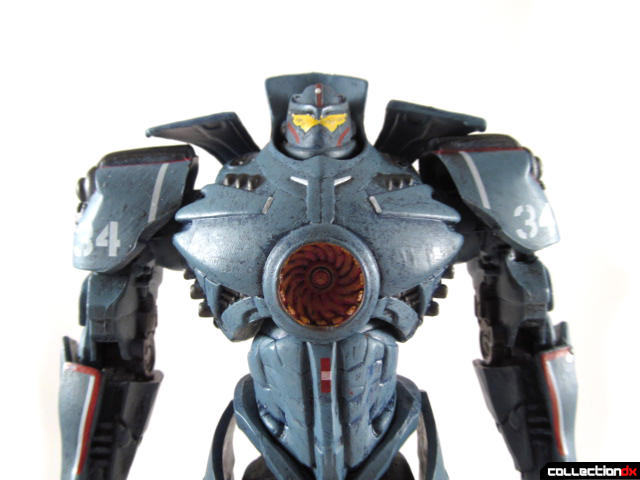 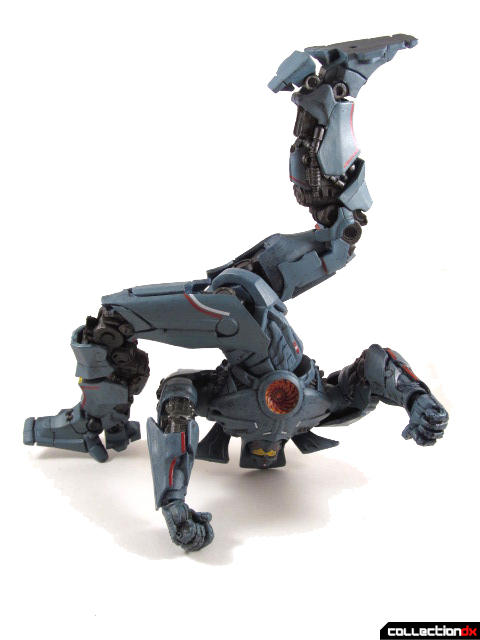 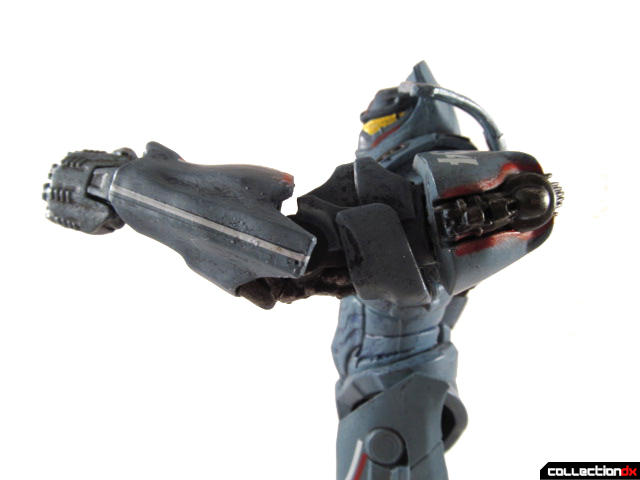 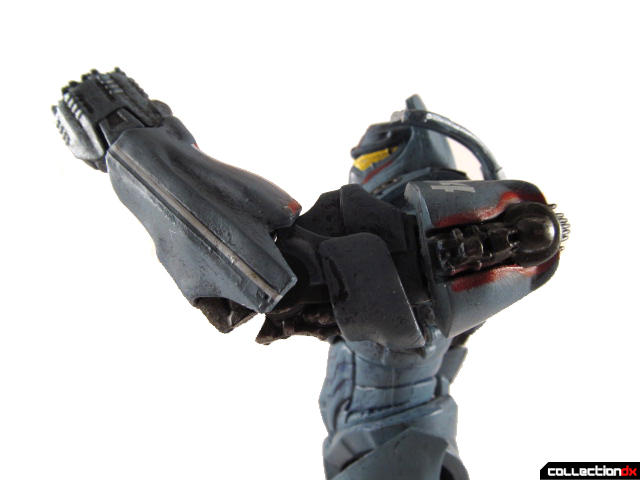 That's really pitiful for a fighting robot. Getting him into decent poses is further hindered by a lack of a thigh swivel. 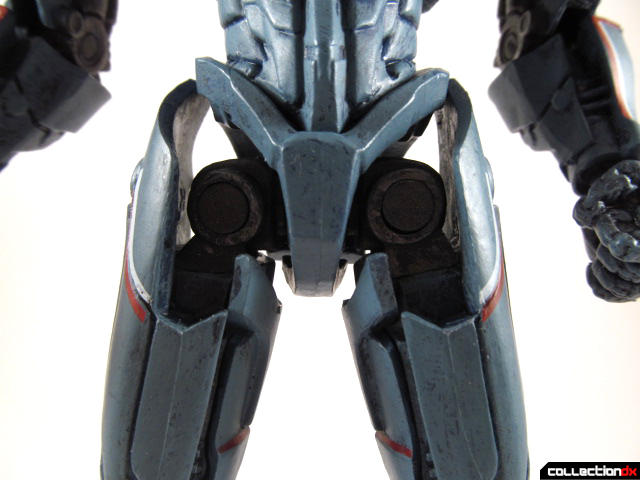 Plus, the extra plastic on his hips hinder the legs from doing any really dynamic poses. One excellent thing, though, is the chest articulation. 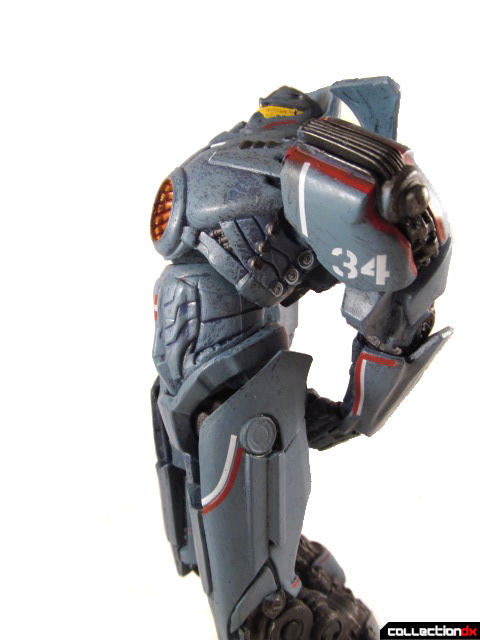 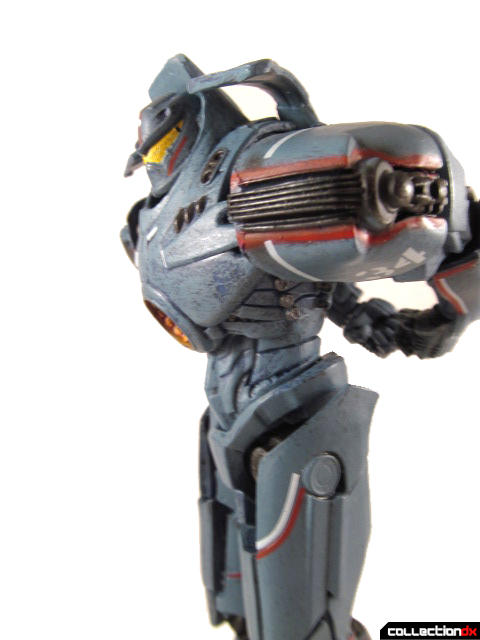 That ball-joint is really large so you have a lot of room to play. 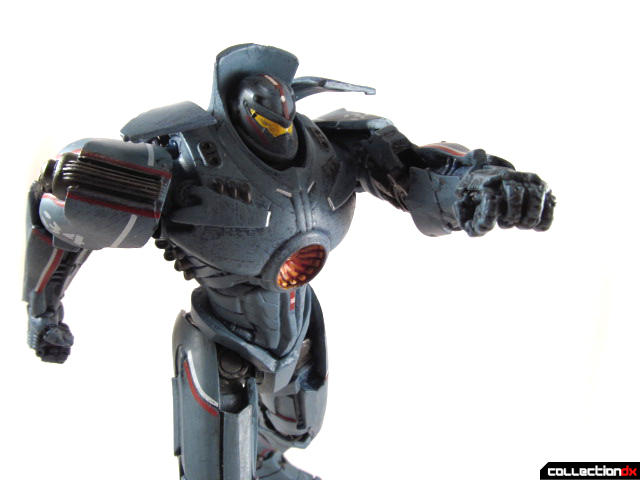 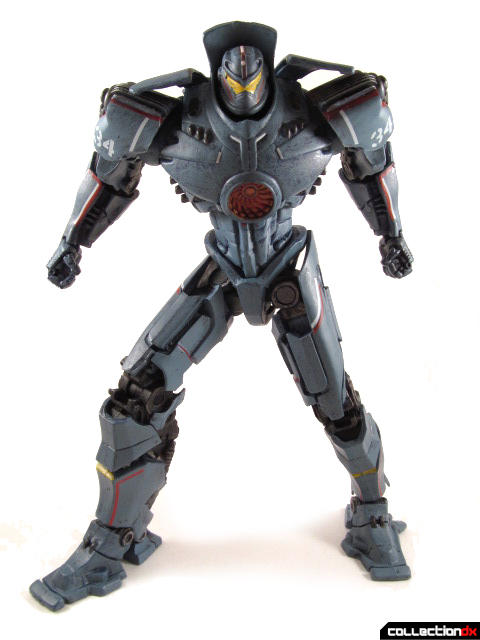 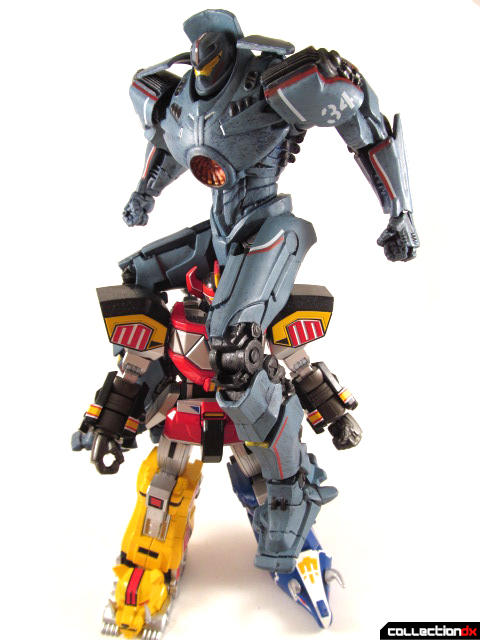 Overall, Gipsy Danger is a great looking figure with some big annoyances when it comes to playability. Luckily, this guy retails for only $14.99 USD so it won't leave a permanent sting on your wallet. If you're as excited as I am for the movie, feel free to pick this guy up since he looks great on a shelf with other robots! Just don't expect him to outmatch any of them. 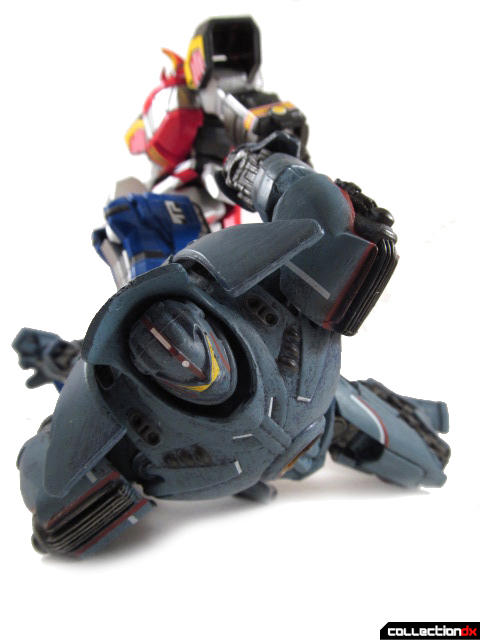 6 comments posted
Fantastic job on the

Fantastic job on the lighting; Gipsy Danger almost looks like it has been cut out.

Thanks brosky. I'm pretty proud of the white balance.

I like the movie version, but NECA couldn't pull it off in plastic form. I got the Crimson Typhoon, not this one. the poor visor on gypsy danger looked bad. good review though.

I saw the film today. IT WAS AWESOME!!!

Also, I'm not sure which one I should buy, this or Crimson Typhoon. Any suggestions?

Really enjoyed the review and the pics. Kudos Jmann! I am also the kind of person that saw the previews for Pacific Rim and wondered, "Did del Toro steal my sweet idea from when I was 10?" Anyways, NECA did a respectable job, and it could have been so much worse in the hands of other toy companies. One thing I personally am excited about is the kaiju being released in the line. Knifehead is a little undersized compared to Gipsy Danger and Crimson Typhoon, but it looks really amazing fighting my SRC Aquarion and Dai-Guard and even my SoC Getter Dragon. I really like the idea of getting a bunch of generic kaiju type toys to match against my array of heroic robots.