I usually separate Matchbox’s Robotech Defense Force line of action figures into three categories. The first 1/3 of these figures, although not anime correct, are well done and over the years appear quite charming like old 1970’s soft vinyl figures from Japan and add to the series respective history. The second 1/3 are passable, not particularly great but not awful either. This is either due to the character chosen to manufacture or the details are not quite right. 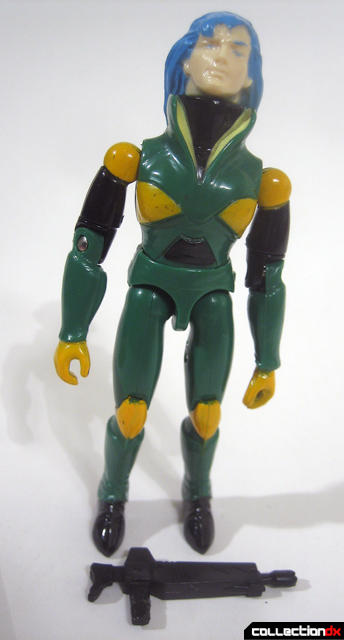 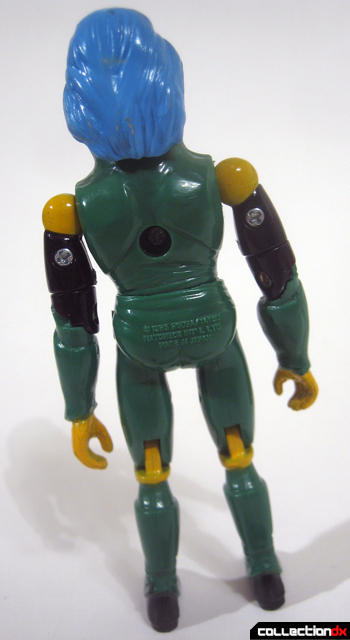 The last 1/3 consists of some of the worst toys injected into plastic and then sold to kids. It is the last third that drags the rest of the line to an abyss and what has given the RDF toyline the bad reputation that it cannot seem to move away from, to the general toy collecting community. 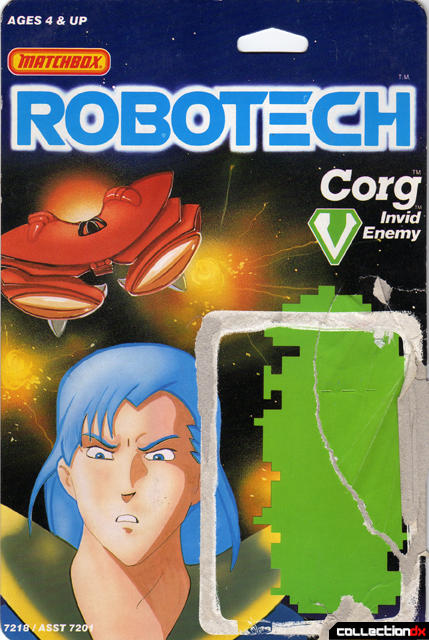 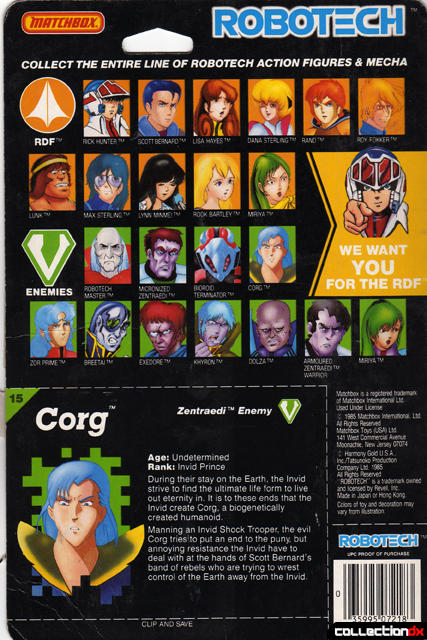 Matchbox’s release of Corg, named Battra in the original Japanese anime series Genesis Climber Mospeada, is one of the two perfect masterpieces of ill art design and sculpting in the entire RDF toyline.

First, the only positive feature with this release. Corg comes with the gun that the Scott Bernard figure should have came with, the Mospeada laser rifle that is iconic with the series. Although it is out of scale by being too small, at least it was made and available for the RDF collectors. 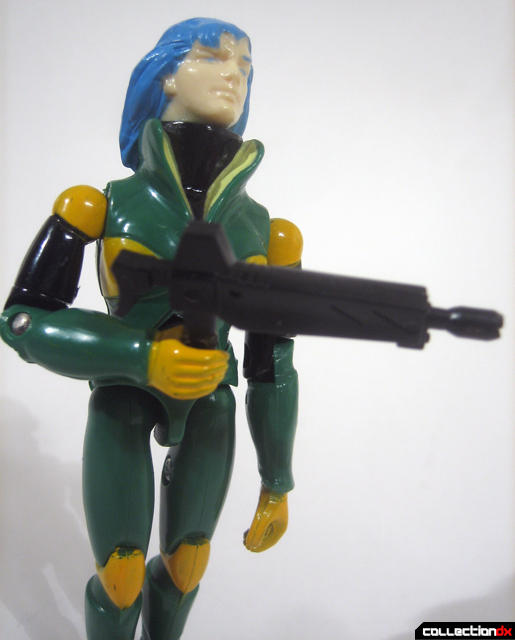 The main issue with the sculpting of the RDF figures was that the torsos were sculpted too small. This issue exists with nearly all the figures, with some figures ill designed torsos being more prevalent than others. Instead of just resculpting the figure with a new properly scaled torso, the sculptor decided to make up for the lost height of the figure by extending the neck. 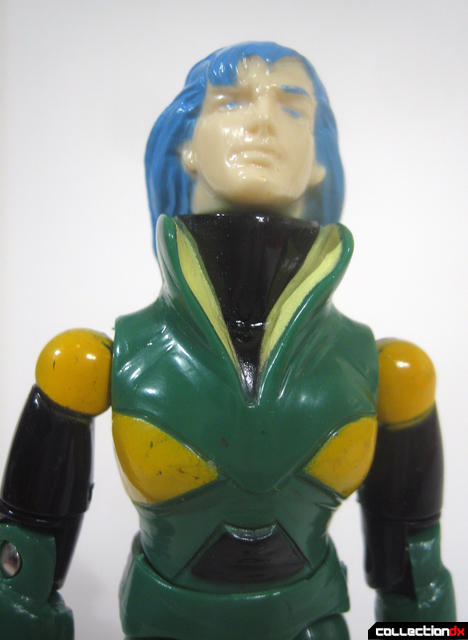 The Corg figure was a perfect example of these long necked figures. Seriously, who OKed this? Who thought this would be a good product to put your name on and sell it publicly. I was 11 years old when these toys came out and as much as I worshipped Robotech this was plain unacceptable, especially after growing up with a healthy dose of GI Joe and Star Wars figures and knowing about the Japanese produced toys. 30 years later this Corg figure is still unacceptable, my hate for the ugliness of this figure is still growing. If you were the engineer at Matchbox who designed this figure in the 1980s please contact me because I need to know, ”What the hell were you thinking?!” 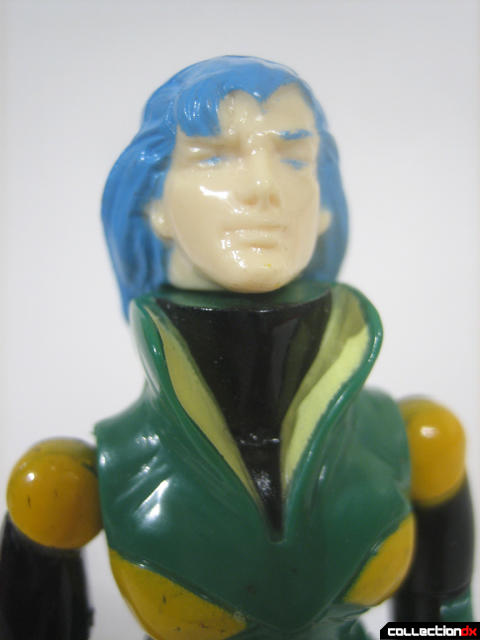 What is even crazier was that is was the figure designed for one of the greatest toys in the entire RDF toyline the Invid Shock Trooper. If you really want this figure, I am sure today you can still locate Corg, still sealed on the card, at your local Playco or Kay Bee toy store for five for 25¢ to complete your Matchbox Robotech Defense Force collection.

Man, that's a long neck! But I like his face, you can tell he's got moxie.

I was a fan of Robotech as a kid, always watching it before school and I remember walking down the isle at Kmart all giddy about knowing these figures were released and just waiting to grab a couple and beg my mom to buy it. However, when I picked a few up I wondered the same thing..."What the hell?" I put them back and walked out with none. Same for the Panosh Place Voltron, as crazy as I was for Voltron, I could never get myself to own the Voltron set...thats another what the hell moment. Still I like reading these reviews about these awkward figures.