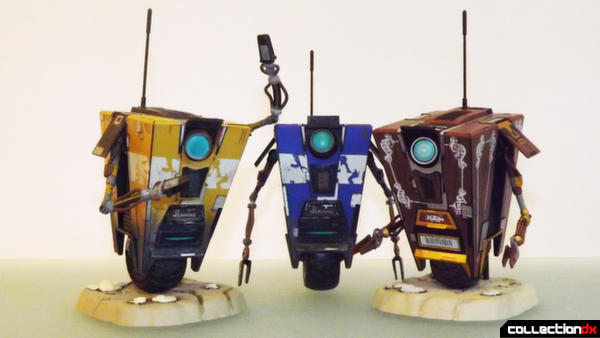 CL4P-TP aka Claptrap is one of the major characters in my favorite game series Borderlands.
Claptrap robots are manufactured by the Hyperion Corporation and serve as stewards on Pandora.
I instantly fell in love with Borderlands when the first game was released, it was an impulse buy as i didn't know a whole lot about it at the time.

Both games have great characters, good looking worlds, lots of comedy and more guns than the Chinese Military. 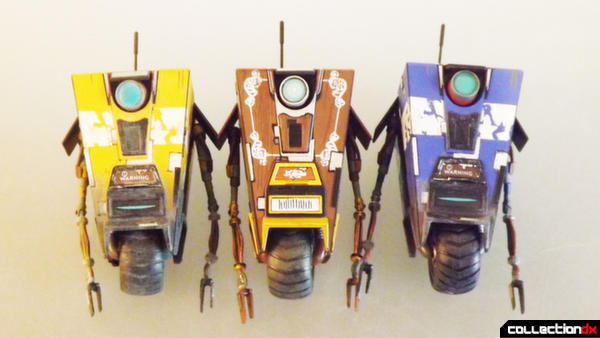 In the first game there are many Claptrap robots all over Pandora, eventually leading to a Robot Revolution led by the Yellow Claptrap the player meets at the start of the first game. 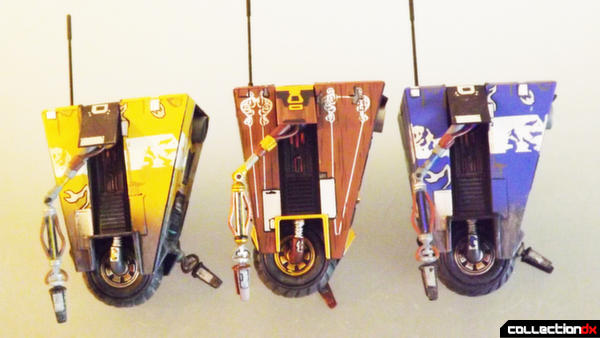 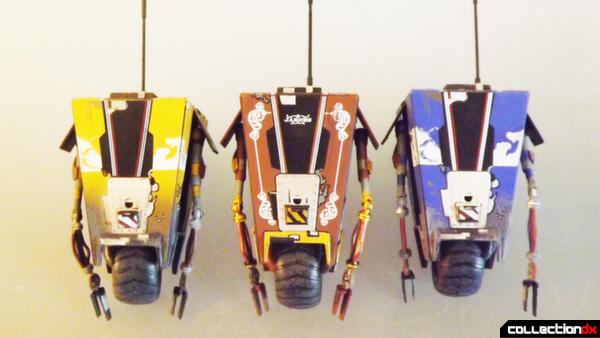 "You made it! Your ability to walk short distances without dying will be Handsome Jack's downfall!"

The first release was the yellow Claptrap featured in both games, but given a more central role in Borderlands 2 after all other Claptraps' on Pandora were destroyed by Handsome Jack.

The figure has a great paint job, featuring the cel-shaded black outline for details and even the edges of the body.
The lower half of the body and wheel has signs of dirt, scratches, and paint chips. 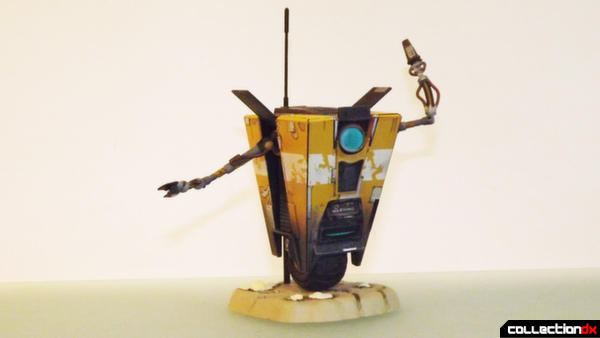 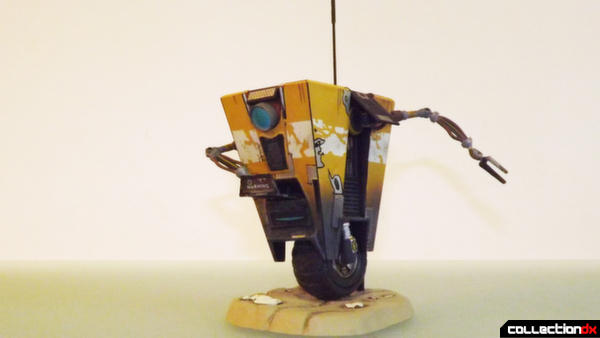 "Did you know my head is at your crotch level? I'm trying not to think about it."

The second Claptrap was coloured blue and was sold as a limited edition, i managed to get mine on ebay a week ago with no problems.

The detailing on this version is the same as the yellow Claptrap, with the yellow base coat replaced by blue. 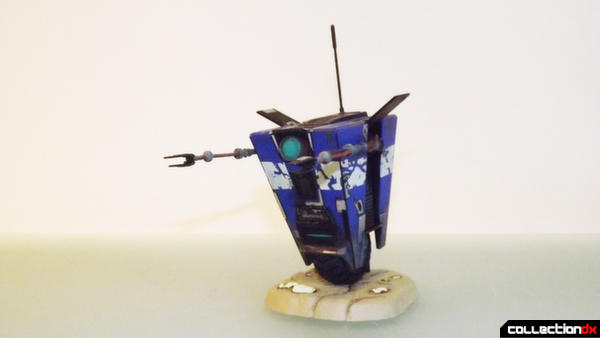 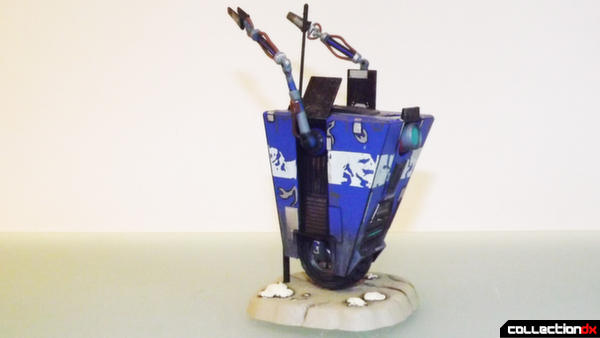 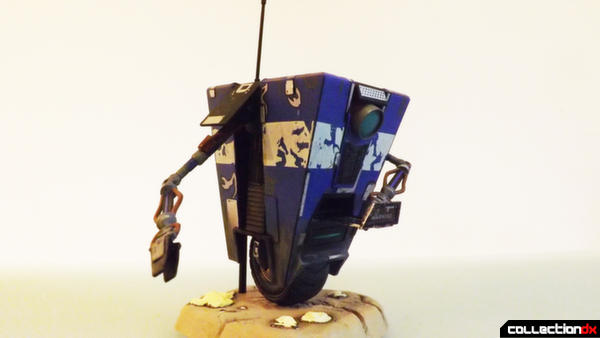 "Jakobs' would like to thank all the suckers - I mean, generous people - that have helped eliminate the zombies!"

The final release is the Jakobs' themed Claptrap, as seen in the Zombie Island of Dr Ned DLC for the first game.

In the game this Claptrap is made of wood to fit in with the Jakobs' Corporation steampunk design aesthetic.
The figure has more detailing than the other two figures with an almost victorian style white trim, the figure has a lot of gold accents all over.

I love how this version has a much better paint job than the previous figures, the eye even has white detailing inside it.

The Jakobs' logo is printed on the back and front of the figure. 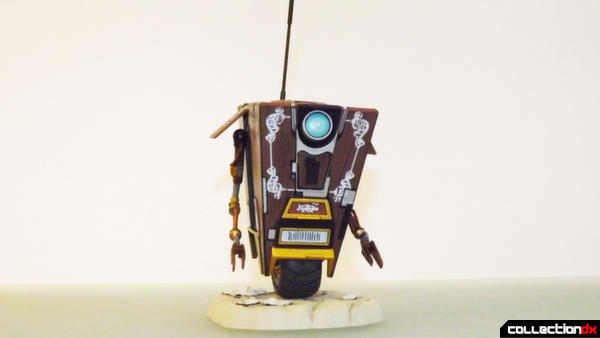 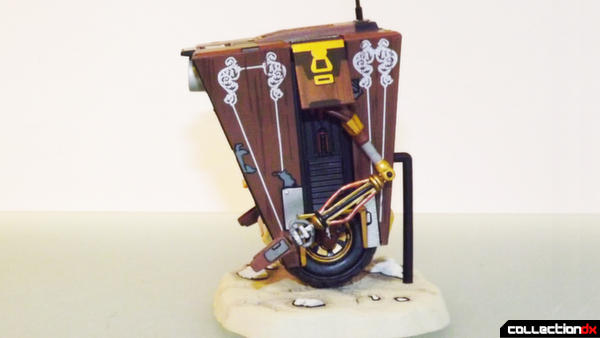 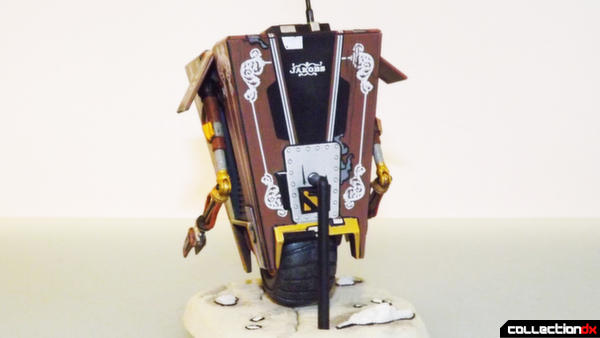 "I don't like this... this is making me nervous. Take a deep breath- I can't breathe! This is just a recording of someone breathing! It's not real! It's just making me more nervous!"

For articulation all the figures are the same, the shoulders are on swivel and rotating joints allowing for the arms to move forward, above, back and out.

The elbows have a single joint that can achieve a 90 degree bend, the wheel does rotate but its quite stiff, either side of the wheel are joints that allow it to be rotated slightly left and right, you can also pull the wheel down slightly to change the angle.

The aerial can be pushed in or pulled out and it stays nicely in either position, it can be fragile, as can the hands which i found out today when i broke one off, i managed to fix it with some super glue.

The eye is on a ball joint and can be positioned looking in various directions, it is limited by the body but that's realistic to the design.

Above the eye and each arm are flaps that are articulated.

"Dammit, Jack -- how did you know stairs were my ONLY weakness?! Next to electrocution, and explosions, and gunfire, rust, corrosion, being kicked a lot, viruses, being called bad names, falling from great heights, drowning, adult onset diabetes, being looked at funny, heart attacks, exposure to oxygen, being turned down by women, and pet dander! Your brilliance is matched only by your malevolence! "

In the body of each Claptrap is a panel that can be opened, in the game Claptrap stored various items in this drawer, for the figure there's not a whole lot you could put in the drawer and have it stored inside the figure.

A stand is the only accessory for all of these figures, it is needed to allow them to stand, it is possible to get them to stand without it but it involved using the arms as balance.

To attach the figures to the stand just insert the peg into the hole on the back of the figure, I've found that the peg is looser on the yellow and Jakobs' Claptrap's, but fits perfectly in the blue one, I think this varies from figure to figure. 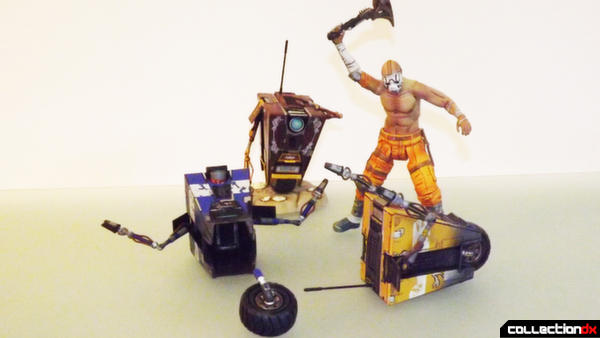 They can even hold the NECA Hicks' and Hudson's Pulse Rifles!

"Oh god! They're coming out of the wall-sphincters!" 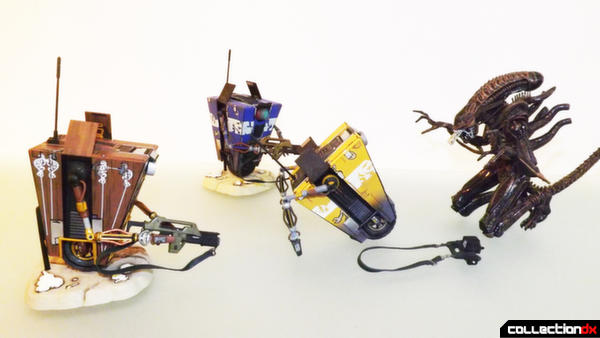 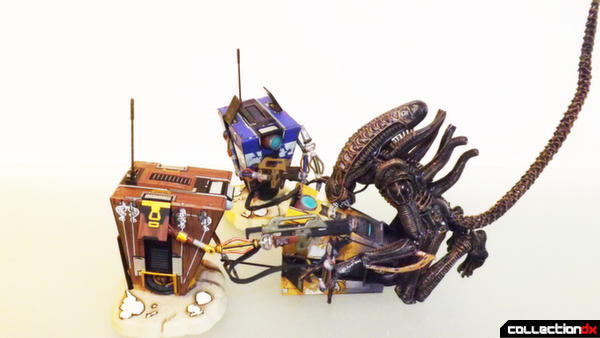 "I apologize for saying wall-sphincters. I say that a lot when I’m frightened."

If you love Borderlands as i do and want just one Claptrap, id say get the yellow one as its the most iconic and the main Claptrap in the story.

If you can stump up for two, get the Jakobs' Claptrap, it easily looks the best of the three.

"This is it, minion. Our vengeance is finally at hand!"

And now for some pictures to outdo Jmann.... 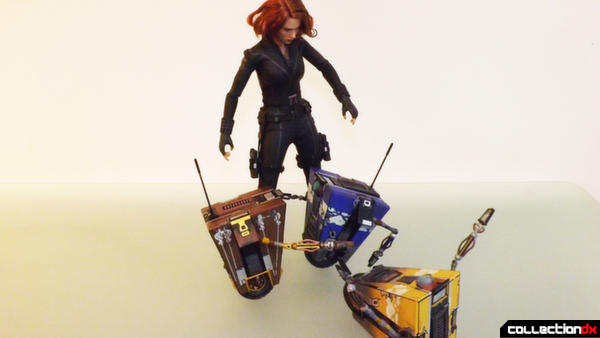 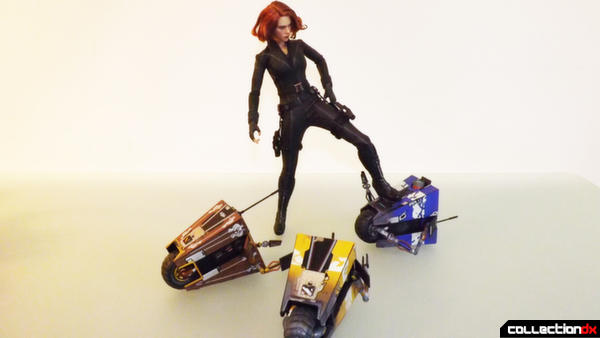 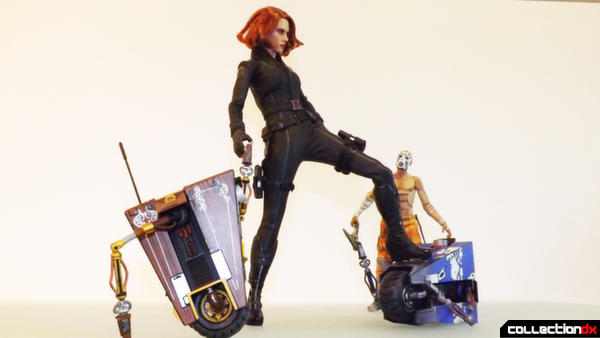 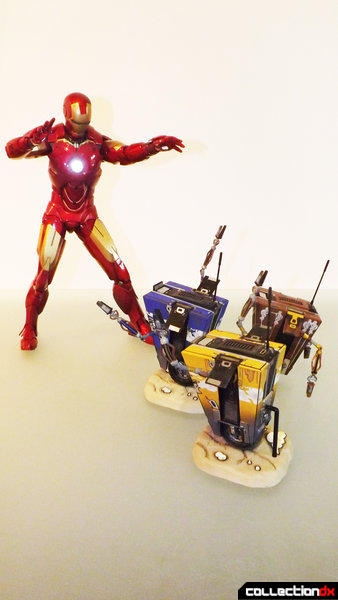 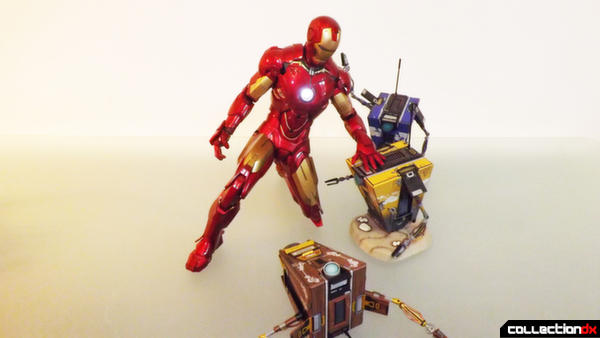 "But then Claptrap said something stupid and ruined it!!!!"

Love this game, this character is brilliant.

for something so simple,it have so much life in it.

YOU SHALL NEVER OUTDO ME! I AM A GOD!

Nice review, though. I love these guys! :D

i am the red zebra.

Whoa whoa whoa, Yellow Claptrap is like $50+ on the aftermarket now. Holy wow.