Although Mattel's Shogun Warrior Gaiking is generally regarded as an inferior product to it's Popy ancestor, there is no denying it's enduring popularity. Kids at that time loved the toy and as adults now have nothing but the fondest of memories. Furthermore, the Shogun Warrior Jumbos were such a smash hit that they were copied by two different toy manufacturers. Nacoral in Spain and Famosa in Venezuela were two companies that produced toys mimicking the Shogun Warriors. Both produced versions of Gaiking that are nearly identical to each other but are significantly different than the Mattel version. I once won the Nacoral version on eBay but it was destroyed in shipping and I've never managed to replace it. But I do have the Famosa version so I can tell you about that. 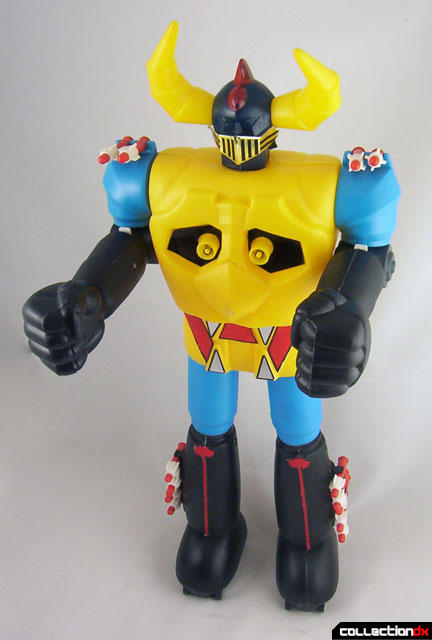 The first thing you might notice about the Famosa version is that it has two jointed elbows instead of just the one on the Shogun Warrior. Furthermore, both fists can be launched. (Although I can't see any specific reason why, the left fist on my specimen likes to fire off on it's own.) The Famosa Gaiking (which is actually labeled as "Robot Lanze Punos" on the box) also comes ready for battle with 10 extra missiles that are stored on the legs. These are the same legs as the Great Mazinger and the missiles clips are held in place in part by a screw. 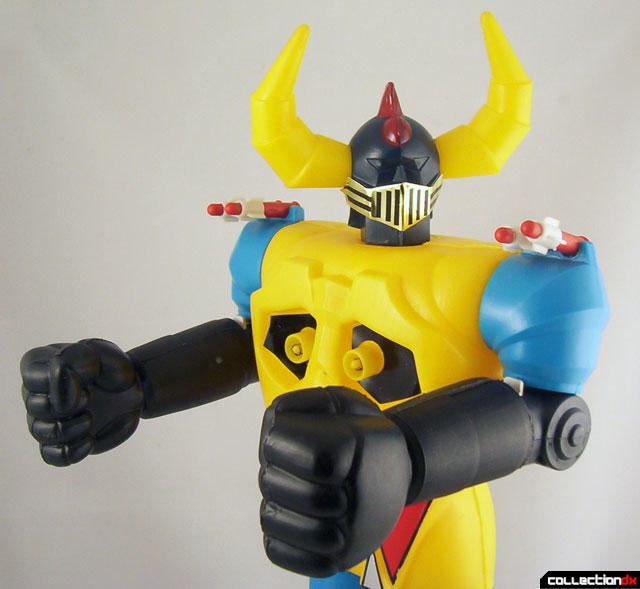 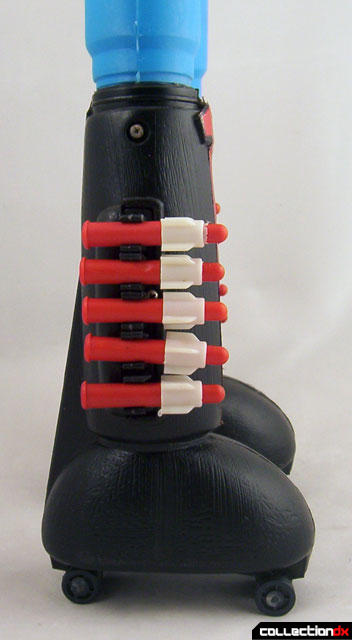 Next, you'll notice that the head on this version is also different. Instead of being made of soft vinyl with painted highlights, it is hard plastic with stickers for details. The mouth grill is a gold foil sticker with black lines and there is also supposed to be stickers in the eyes, but my specimen is missing them. The same stickers as the Mattel version adorn the torso. The torso itself seems to be a harder plastic and the yellow is also brighter. Overall, I really like the look of this toy, even though it is even further removed from what the original Jumbo Machinder looked like. 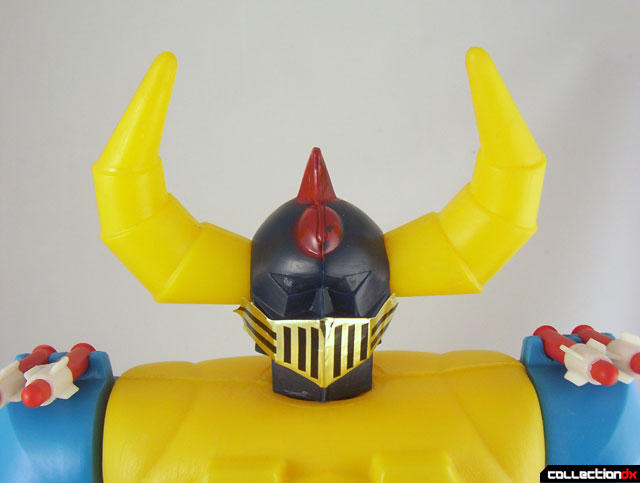 I suppose the final thing to mention is the box. As I said in the Great Mazinger review, all the Famosa jumbos came in the same box. Each shows Great Mazinger and says "Mazinger Z", regardless of which robot you are getting. The way to know what you are buying was to read the name checked off on the top of the lid.

The Famosa Gaiking seems to be the second most common jumbo in the line (following Great Mazinger) but is still not easy to get. I think I've seen or heard of something like 5 of them selling. But the line as a whole is still a fairly new discovery so I'm sure more are out there. 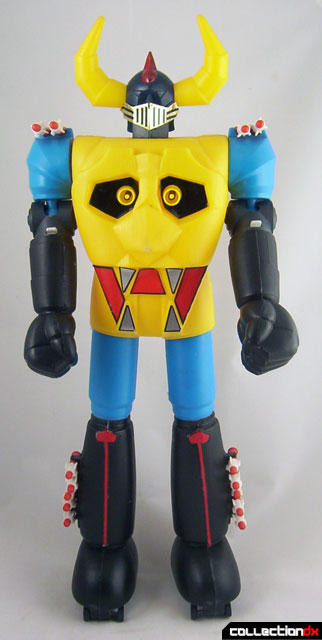 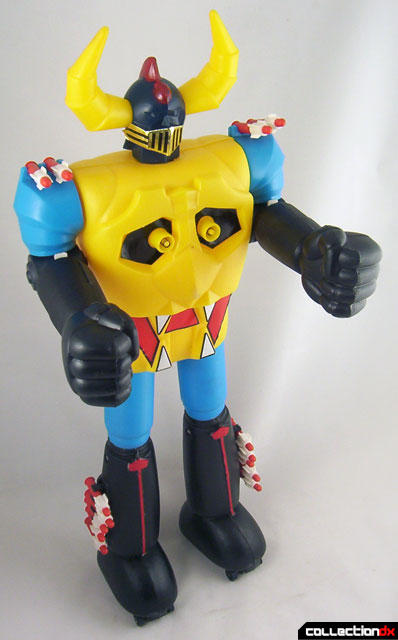 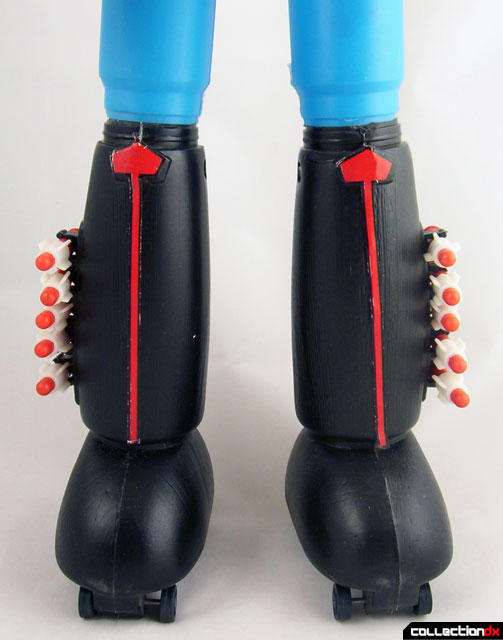 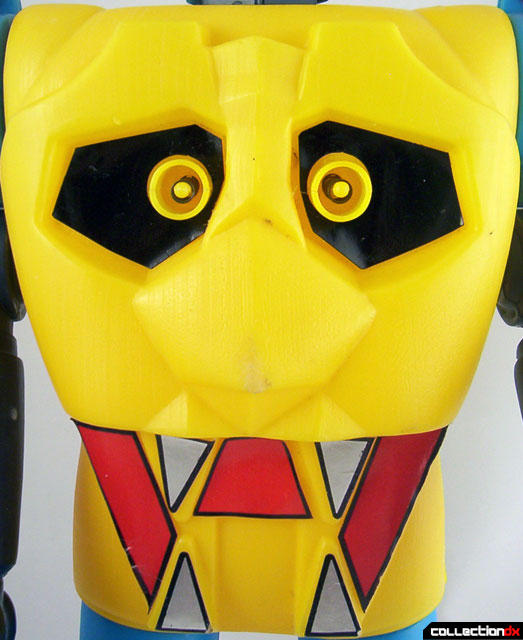 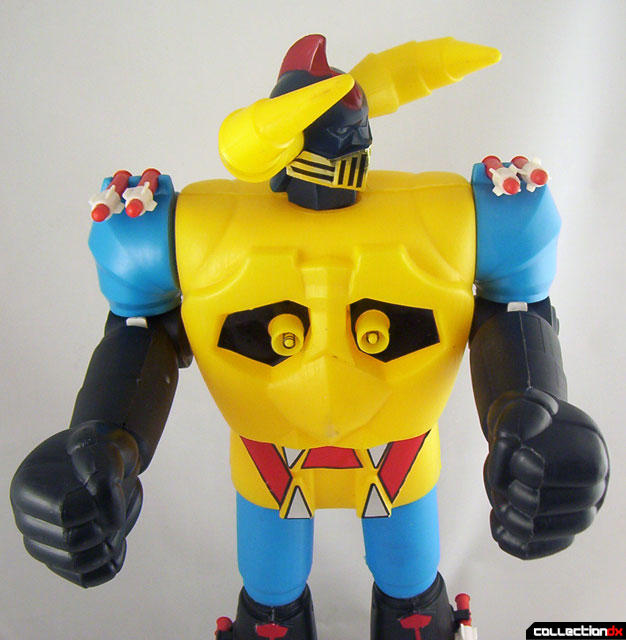