Back in the 1970s when super robots were at the peak of their popularity in Japan, many of the programs were exported to other countries around the globe. They really took root in Europe and many toys were made there. Some of the most simple yet interesting ones were never sold in stores but were instead given away as game prizes at traveling carnivals. These toys were of very poor quality and only barely resembled the robots they were based on. There is no official name for these toys but since they are most closely related to the Jumbo Machinder family of toys, they have become known as "Carnival Machinders". In fact, many of these toys have a sticker on them that seems to resemble the missiles from classic Popy Jumbo Machinders.

Y'know, I'd thought I'd seen all the Carnival Machinders there were. Or, at least I had an idea of what the ones I hadn't seen would be like. Speculation was that maybe there was an 18" Super Dragun out there somewhere. Or maybe another color variation of the Cosmos 2000. I was even prepared for some that represented monsters and/or dragons, since some collectors remembered that sort of thing from their childhood. But Super Robot driving a race car?!?!? Nope, this was totally out of the blue. 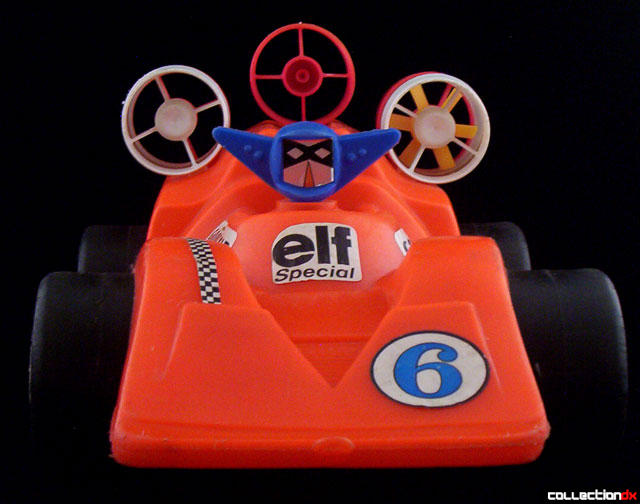 Still, it shouldn't be too much of a surprise. All these cheap prize toys were based on classic Japanese robots and it was not uncommon in the 70s for those robots to be depicted in toy form driving cars, buses, planes and even, perhaps most famously, tricycles. Still, I just wasn't prepared for this.

The car is made of the same cheap polyethylene as other Carnival Machinders, except that the "fans" on the back are hard plastic. Unfortunately, mine is missing two of the interior parts, but on the remaining one, it is clear that it spins when you roll the car quickly. Very cool! The first Carnival Machinder with a gimmick! 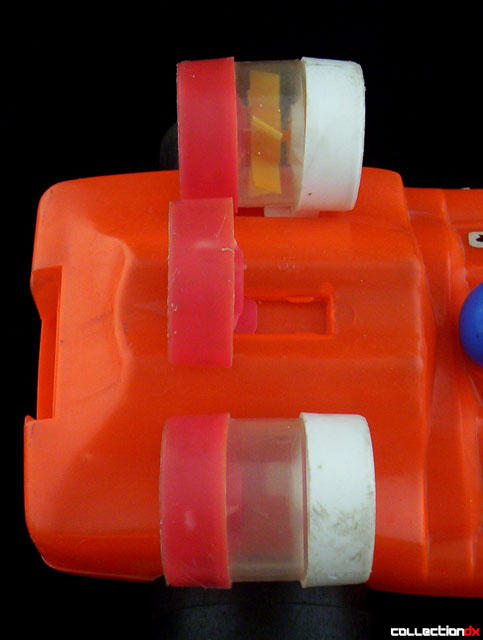 One thing I'm really curious about is the back of the car. There is an indentation there and it looks like this specimen is missing yet another part. I'd love to know what goes there. Maybe a working parachute! Dare to dream..... 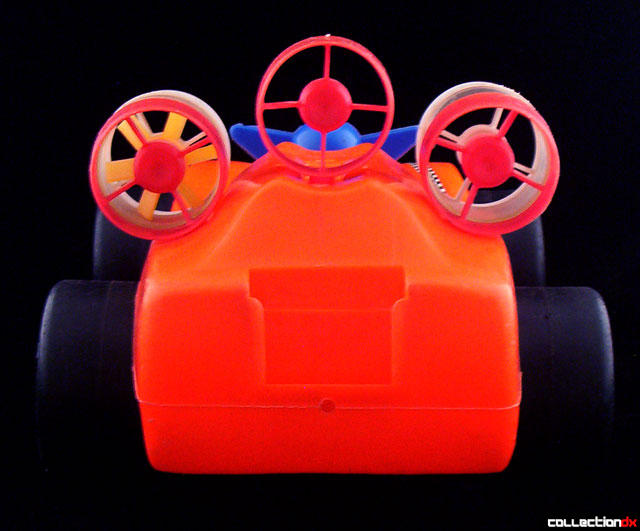 Each of the tires says "Goodyear 50x80" on the sides and there's some typical race car stickers for decoration on various points of the car. The head of Super Robot can be turned and there is actually a body and a steering wheel molded into the plastic. There are no markings to indicate any manufacturer on the toy, which measures approximately 16" long and 9" wide (from tire to tire).

Anybody who knows me or reads my reviews can probably guess that I absolutely love this thing. It's so insane and unexpected. It's just the sort of crazy thing that makes obscure toy hunting fun. 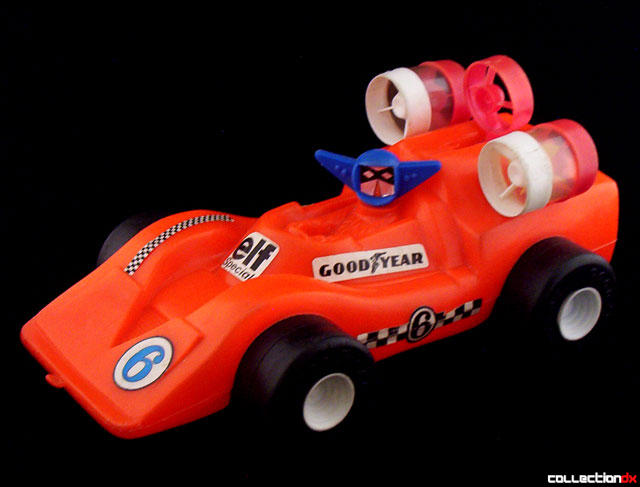 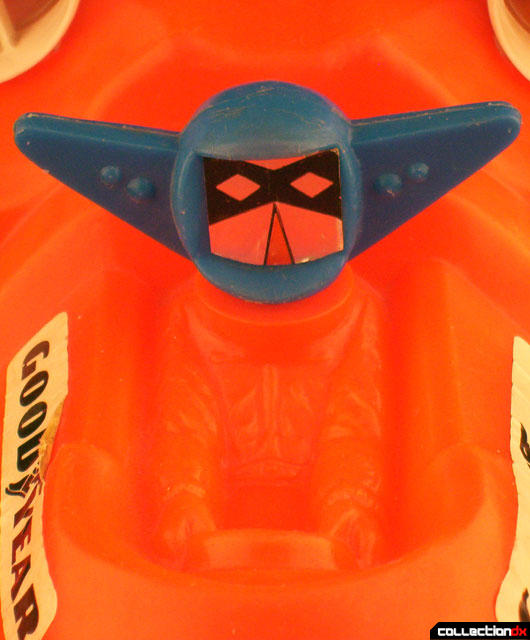 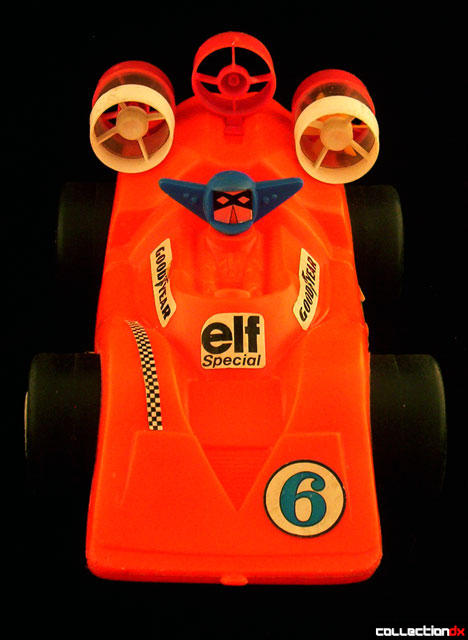 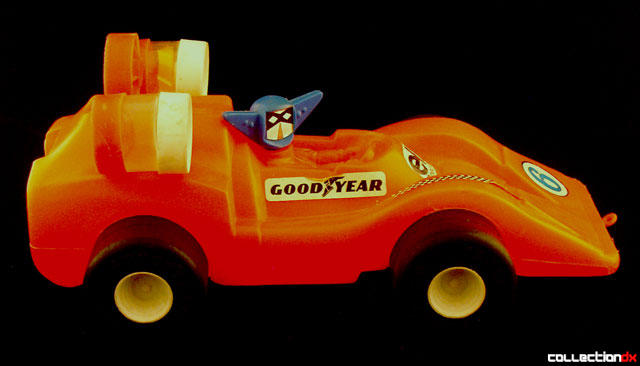