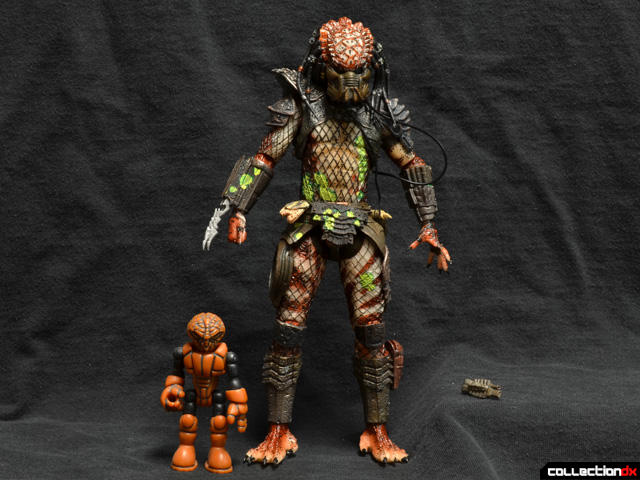 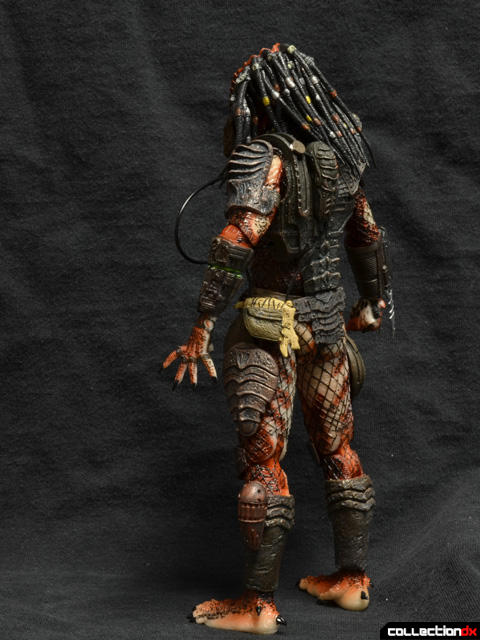 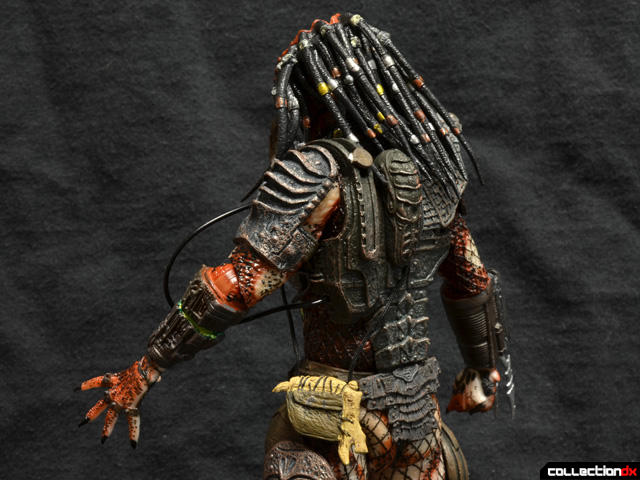 The plasma caster on the City Hunter and the rest of his Lost Tribe is much smaller than that of the original Predator.  Rather than being attached to a large shoulder rack and armor system, the Lost Tribe style plasma caster is a small unit on an articulated arm that sides up on a rail in the back armor.  Unfortunately, when I removed this guy from the package the arm for the plasma caster was broken.  I have contacted NECA about this and am waiting to hear back.  Hopefully they can send me a replacement gun part so my City Hunter can be complete.  The sliding action seems smooth, and the gun is on a nice ball joint, but the arm part seems to be made from a more brittle material. 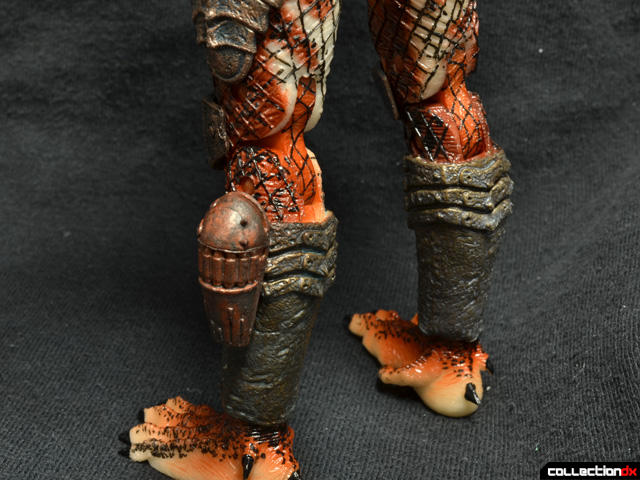 Everything else about this guy is great.  The paint is excellent and the sculpt imposing.  City Hunter even features the net gun stowed on his leg armor.  I wish it were removable and the Predator could hold it, but it is glued on. 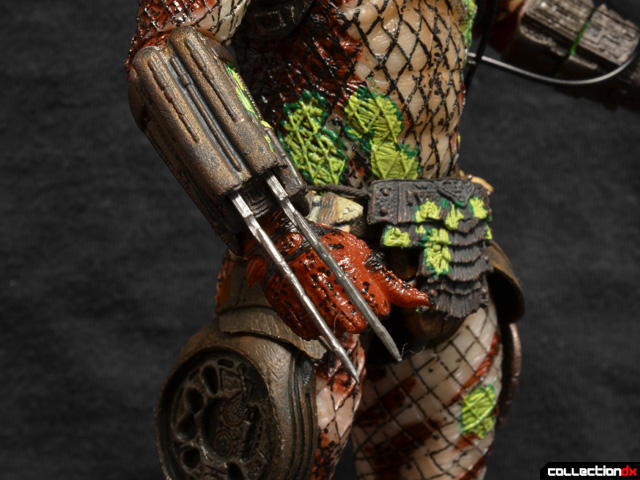 By the end of Predator 2, Danny Glover has beaten the snot out of the City Hunter.  Ridiculous, I know.  The flesh wounds are represented here with splatters of green paint in two shades.  The effect is decent, but could be a little more 'drippy' looking.  Still, they are bright and clean, and the wounds stand out against the earthen tones of the Pred's skin and armor. 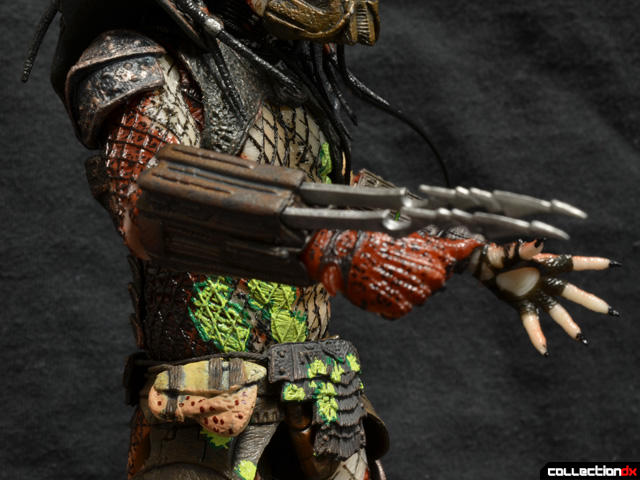 The wrist blades extend and are very sharp.  They move as one unit so they stay the same length. 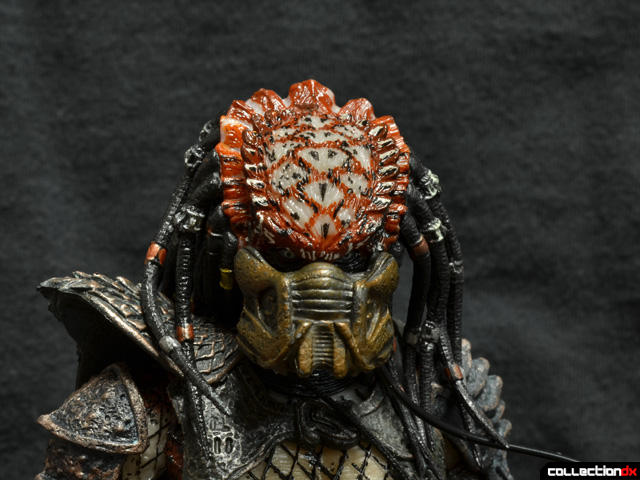 The battle damaged City Hunter features an unmasked headsculpt, but not fully unmasked.  In Predator 2, Danny Glover and Gary Busey wear thermal insulated suits to mask themselves from the Predator's infrared helmet vision.  The Pred gets mad and takes off his helmet so he can see the annoying humans he is trying to kill with its own eyes, but still needs a respirator mask to breathe for extended periods.  The breathing mask is replicated here with a soft plastic wire extending to a port on the body armor. 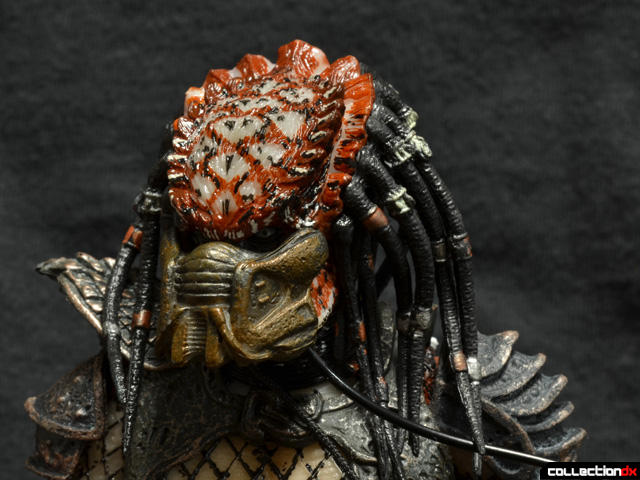 The headsculpt with the breathing mask is incredible.  The head is covered in sculpted detail and texture, with enough paint to bring everything to life.  Unlike on the Classic Predator from the two-pack, the white color is the molded plastic and is slightly translucent.  The red also appears to be a bit see-through, so the skin has a nice translucent, wet look to it that is very true to the film. 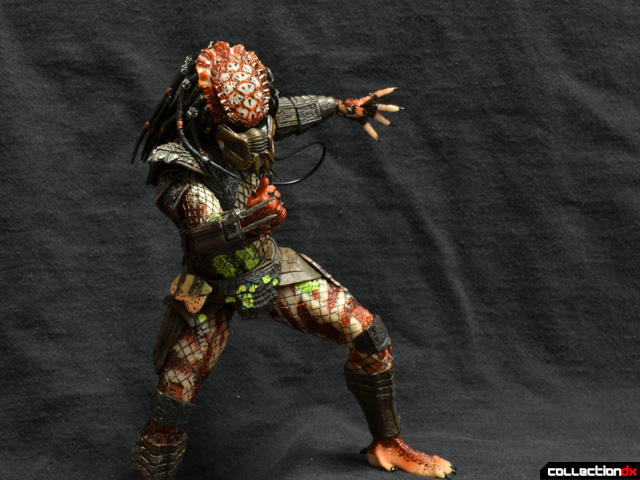 City Hunter is plenty articulated and a lot of fun to pose.  The fist combined with the wrist blades makes for some great aggressive stabbing poses. 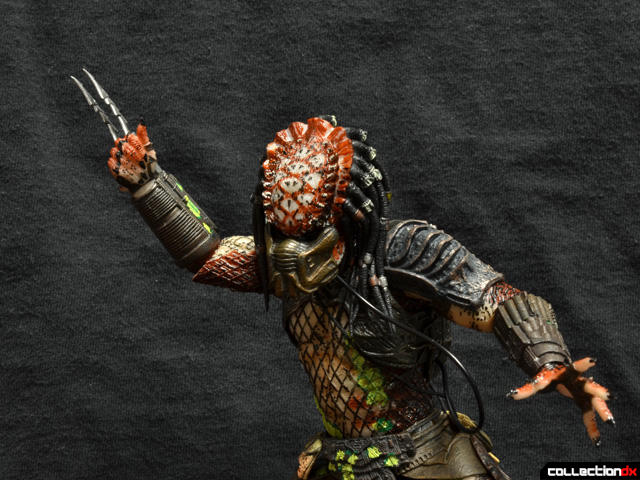 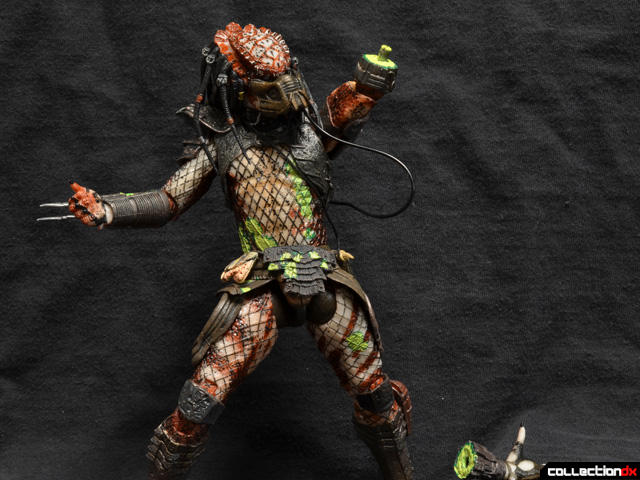 During the final duel with the City Hunter, Danny Glover manages to chop off the Predator's arm, preventing the Pred from activating its self-destruct device.  The battle damaged City Hunter features a removable forearm that attaches by a rugged peg. 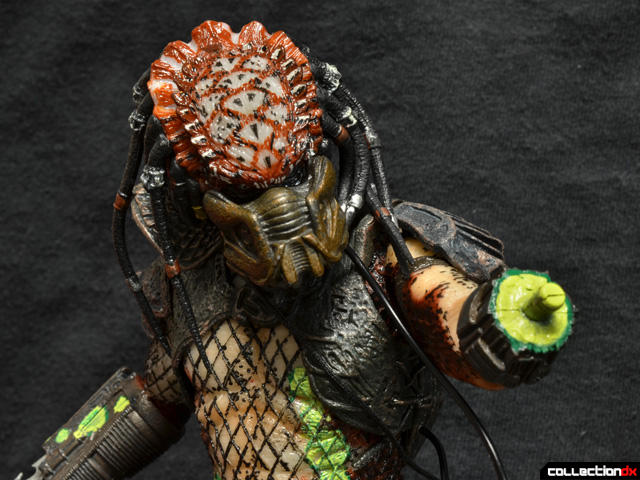 The severed stump looks great.  In the film the cut was flush with no peg sticking out, but the looks is still convincing with that bright green blood everywhere. 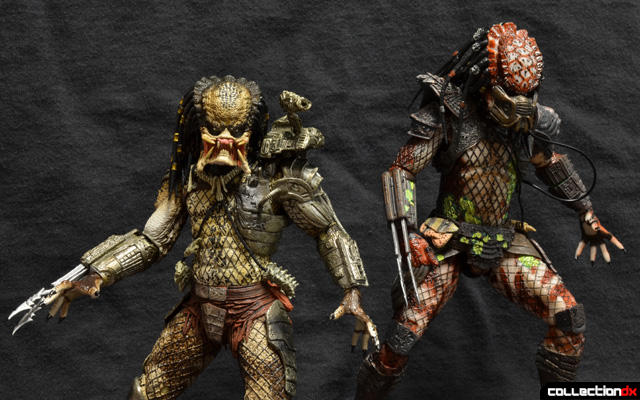 The Classic Predator unmasked version and battle damaged City Hunter Predator two-pack retails for $29.99 and is great.  Both figures have a minor QC issue each, but are otherwise fantastic.  Hopefully NECA gets back to me and replaces the damaged shoulder gun for the City Hunter no problem, but even still I am thrilled with the set.

I totally forgot Gary Busey was in Predator 2. Or should I say... I forgot they were filming a movie where Gary Busey happened to be standing :3

Ugh. I hate myself for doing this...
In the scene where the Predator is being hunted by Busey Ops, he just starts cycling through different vision modes after a moment of confusion. Danny Glover directly takes of the mask later after seemingly winning.
I watched this movie for the first time in hmm, probably at least 13 years the other day, and I couldn't believe I ever used to have a semi-soft spot for it.
This movie is dooooooooog sh-, um, poop. Dog poop.

No worries, thanks for the clarification. In fell asleep during a bit of the end fight of P2.

That's not hard to do!