Ever since Ben (Prometheum5) brought one of these 3A toys over my house many moons ago, I have fought long and hard to resist this line. It just looked so very awesome, but the difficulty in collecting them really put me off. They just seemed very exclusive, plus you had to preorder etc… Just too much work for me. 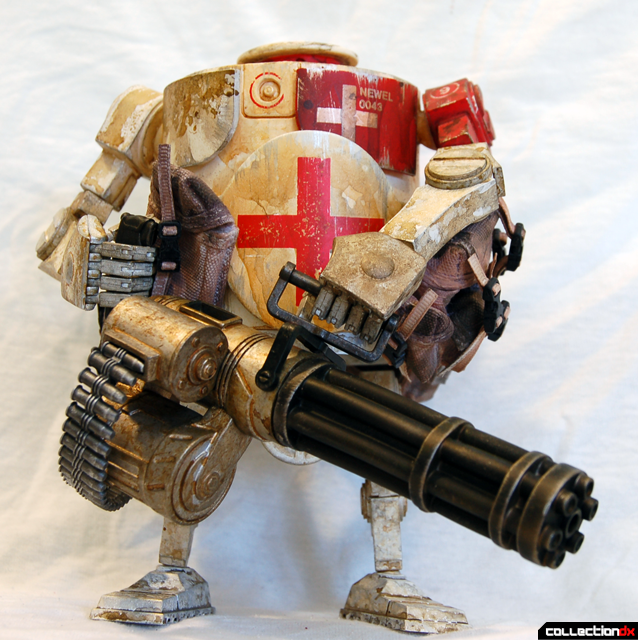 Then, back in February 2011 I was in San Francisco paying a visit to my friend Kirkland Jue’s house, and I saw them yet again… they looked amazing. My resolve was weakening.

The following weekend I ran into Kirkland again at a toy nerd party and he brought this particular toy to trade – I gave in. I traded him for it, and now, I am in trouble.

This particular toy comes from Ashley Wood’s World War Robot series of graphic novels. The novels tell the tale of a fictional war between humans who have settled on Mars and humans who remain on earth, and their robot soldiers. 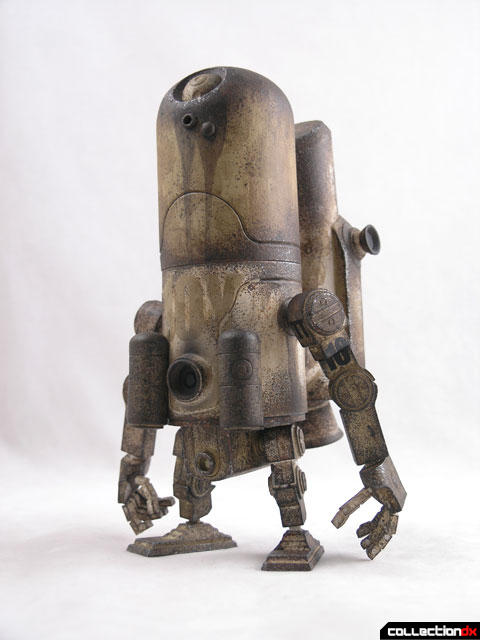 Toys from the series are divided into two categories – WWR and WWRP. WWR toys are 1/6 scale and WWRP (P for Portable) stand 1/12 scale.

This robot is called Armstrong, and he is from WWRP – 1/12 scale. 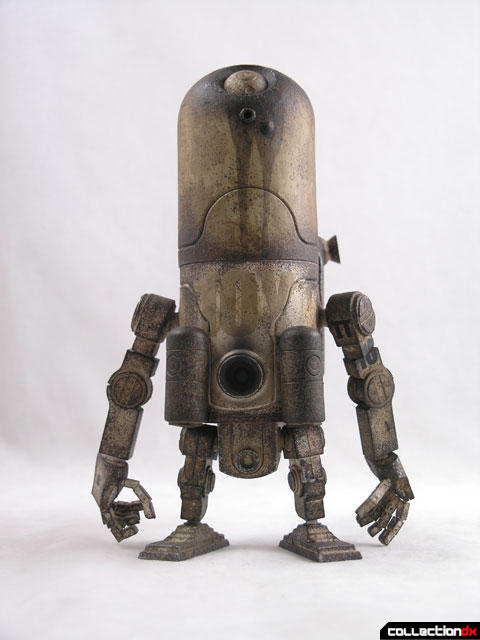 Several retailer specific colorways were made of this design. This particular one was released by Toy Tokyo at the 2010 San Diego Comic-Con. Only 75 were made, and only 20 were released at the con via lottery system.

Armstrong is said to be the smartest model robot in the WWR universe, and perhaps that’s represented in the large cranium. 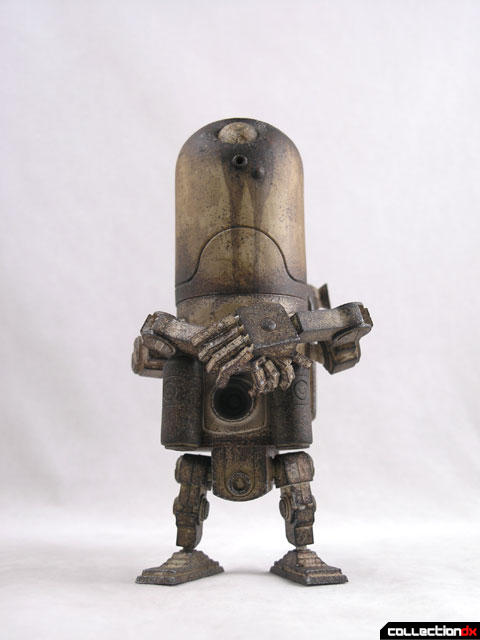 The toy stands 7.5 inches tall, and is fully articulated and made out of painted soft vinyl. This toy does not feel like a vinyl toy at all. It just feels like a toy. 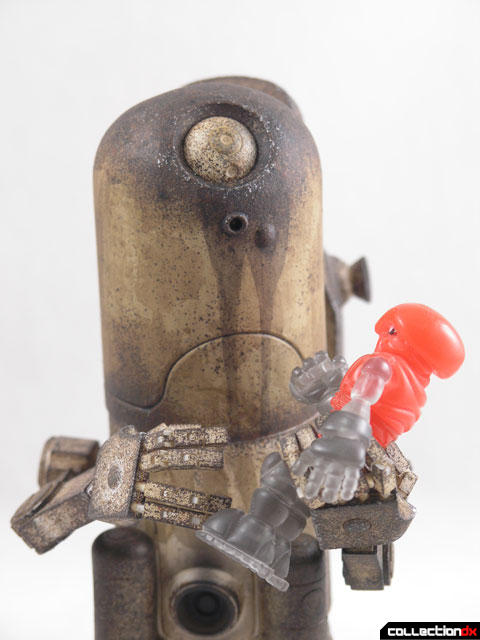 The paint is amazing. Multiple layers of washed paint add both depth and texture. It looks like it is made out of rusted metal. The surfaces FEEL like rusted metal – the only giveaway is the weight. While sturdy, it’s not heavy. 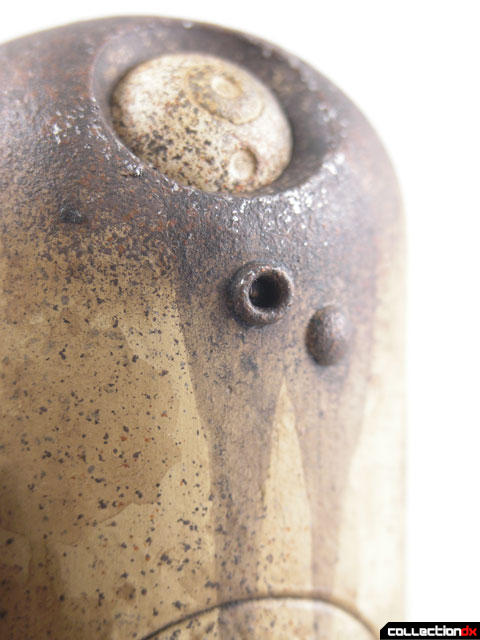 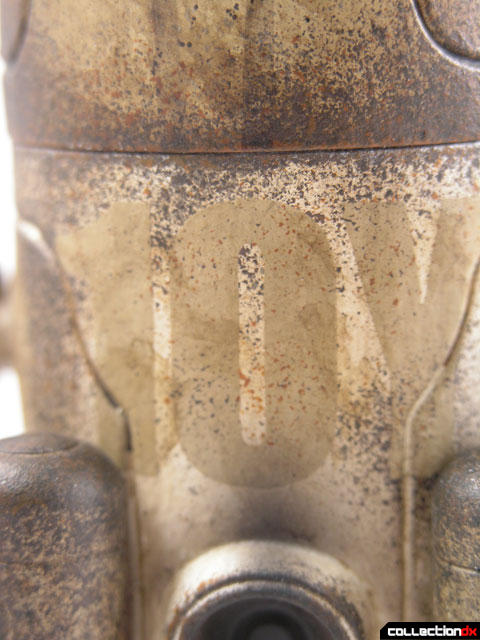 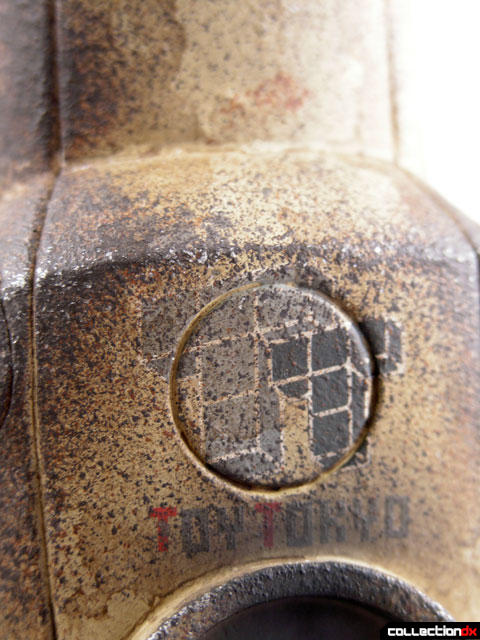 The box is very plain and simple, with only one side with the logo and product description. Mass release boxes are much nicer. Inside there is a clear plastic tray, and you get Armstrong, a weapon and backpack. 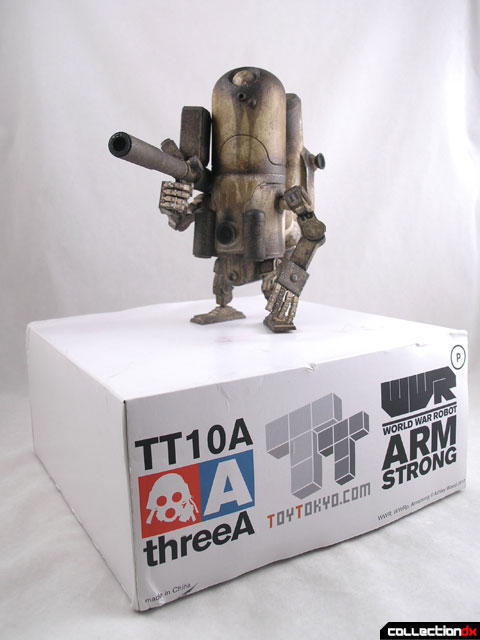 The backpack plugs firmly into the figure, and honestly I don’t think its meant to come out. 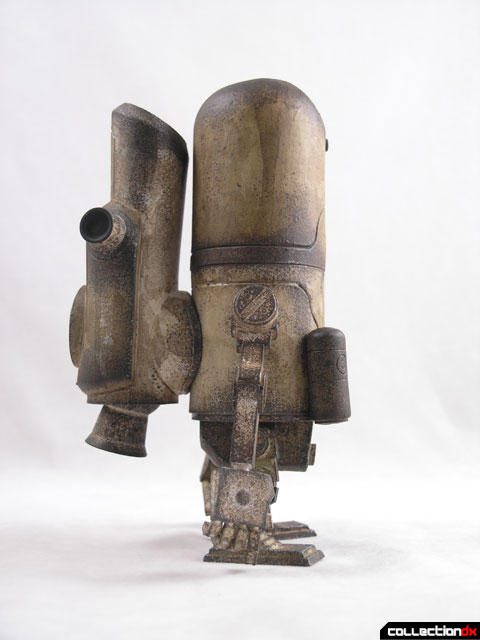 Articulation is great for a vinyl figure. The head turns, the shoulders are ball joints, there’s a swivel bicep, hinge elbows, ball jointed wrist and each finger has individual joints. The fingers move and look just like real human hands with a wide range of expression possible. 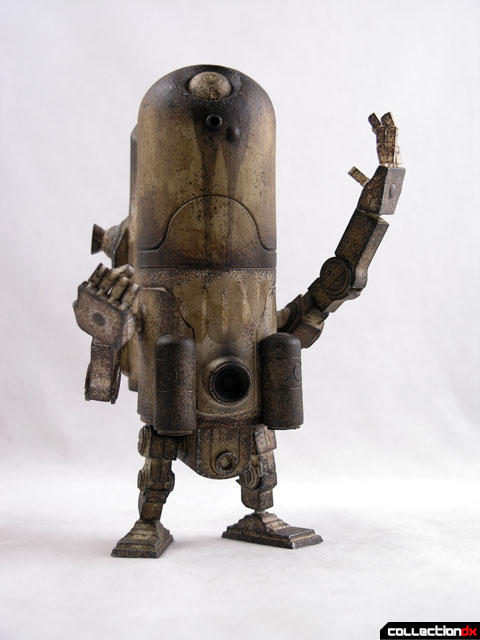 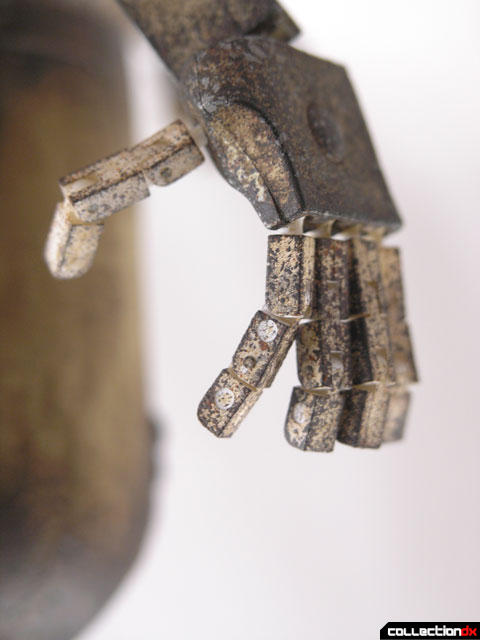 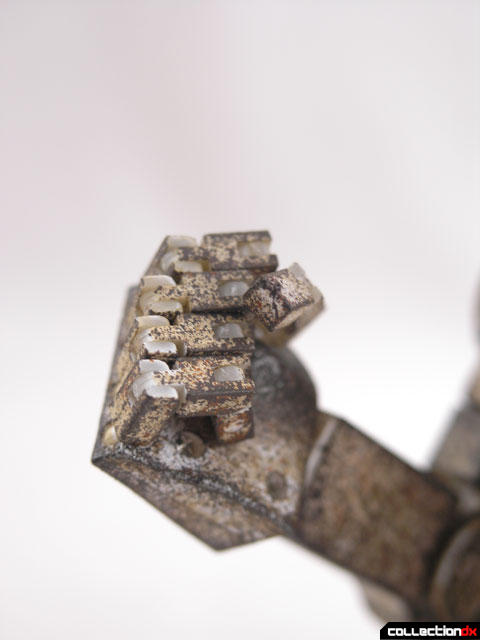 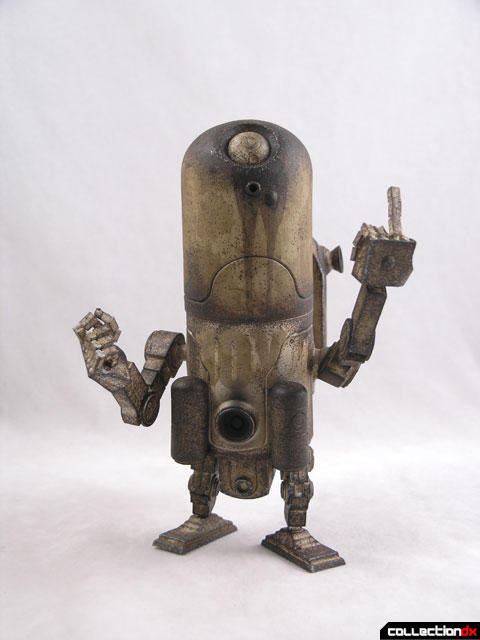 The legs are ball jointed, with hinge knees and ball jointed feet. Each joint is TIGHT for the most part. I think this is due to the painted surfaces adding a layer of thickness in the joints. On mine, the left arm started out tight, but the more I fiddled with it the looser it got. It’s not a problem, it’s just not as tight as the other joints. 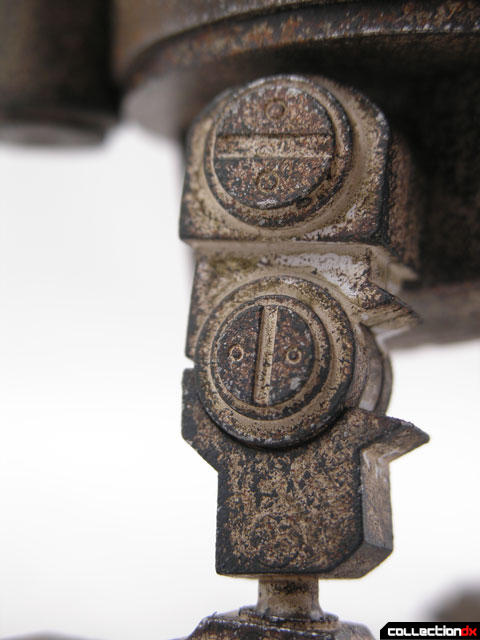 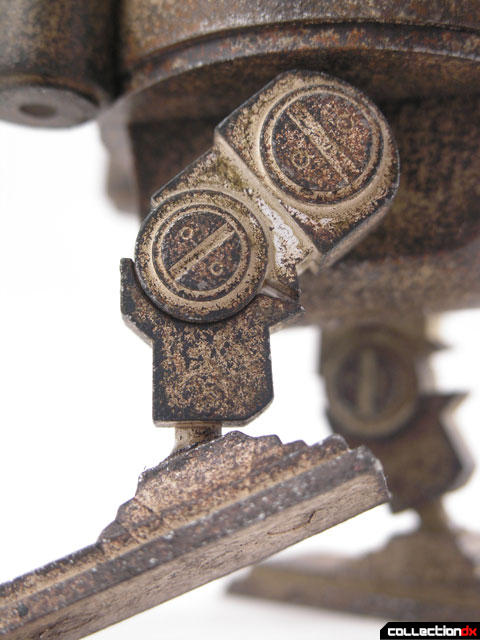 The backpack is a big solid unit, with a large central thruster on a giant ball joint. Despite the size, it doesn’t move much. 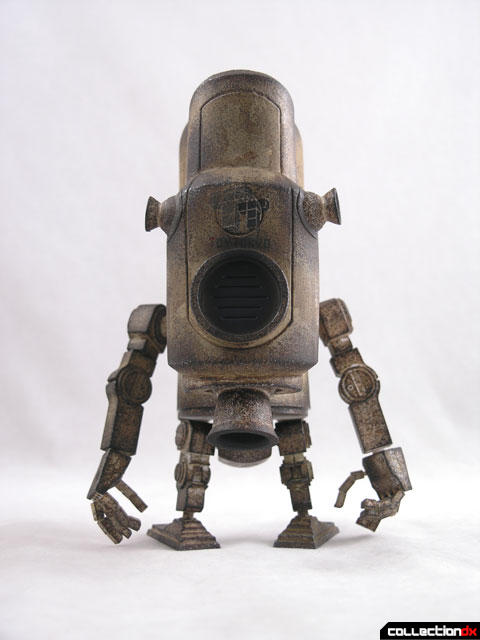 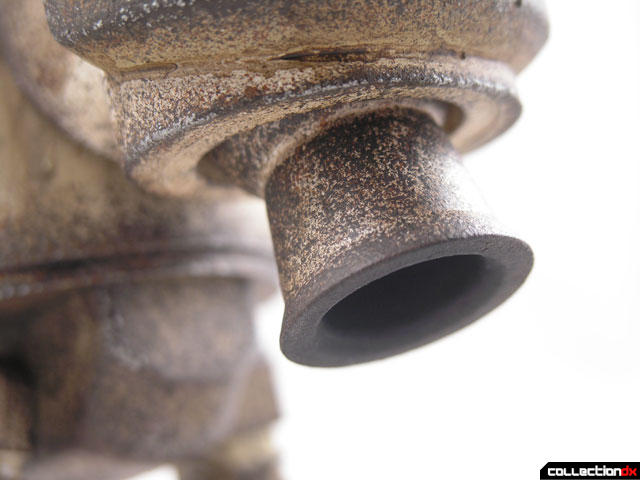 The weapon is longer than the figure is tall. It has no moveable parts, but can be held by Armstrong very organically. It just looks natural due to the poseable fingers. 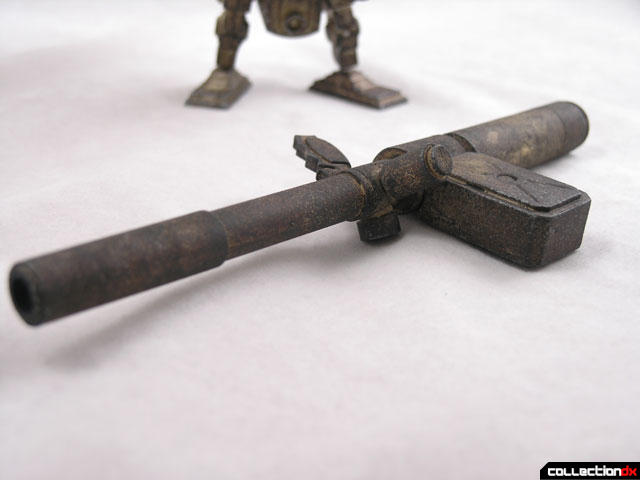 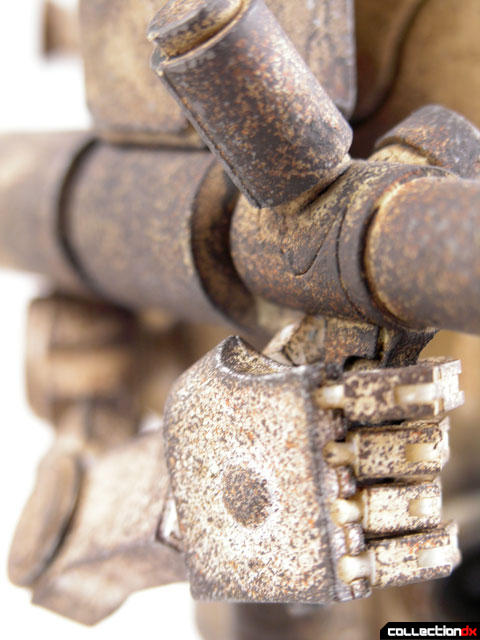 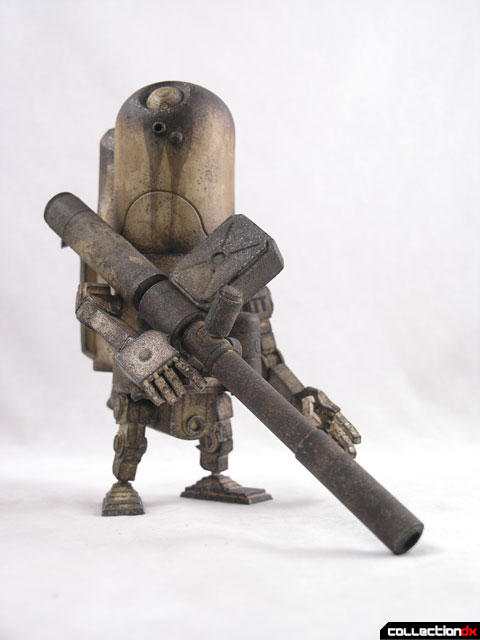 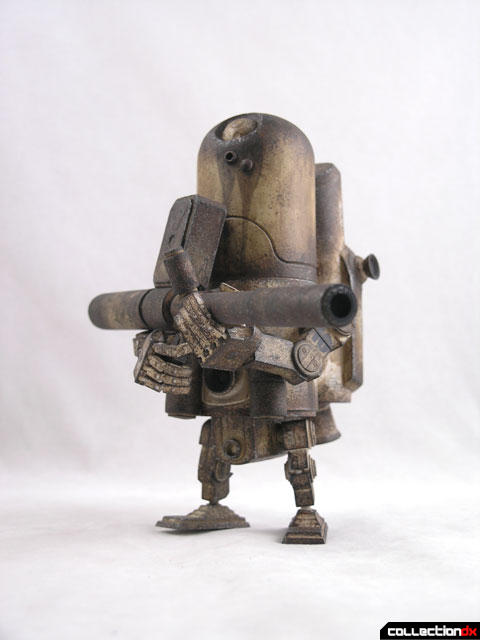 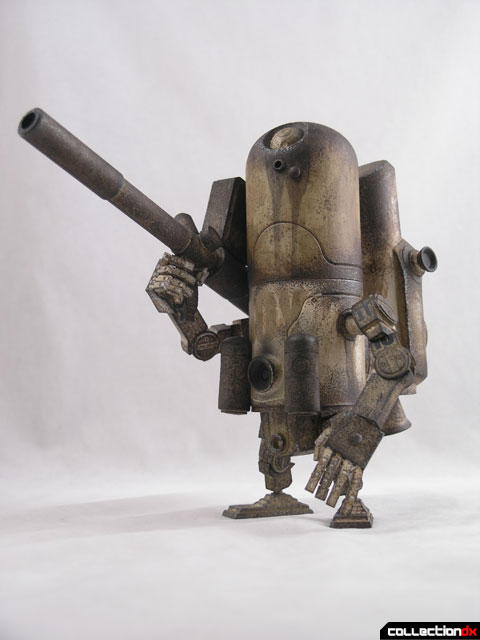 This is a great little piece, and the smaller, portable versions are a great place to start for new collectors. Be warned though, some of these toys get quite expensive and quite elusive. 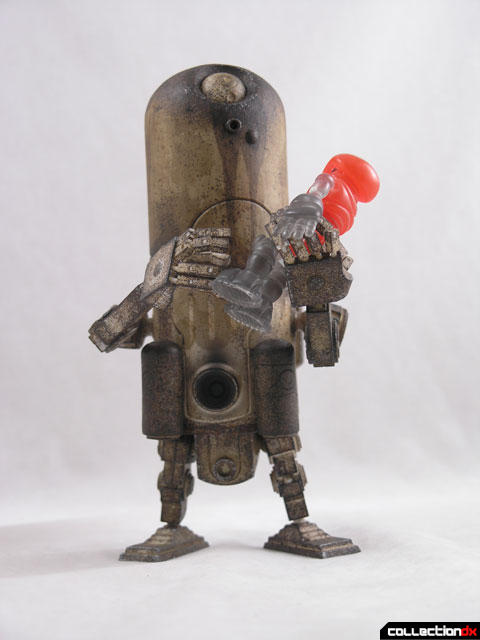 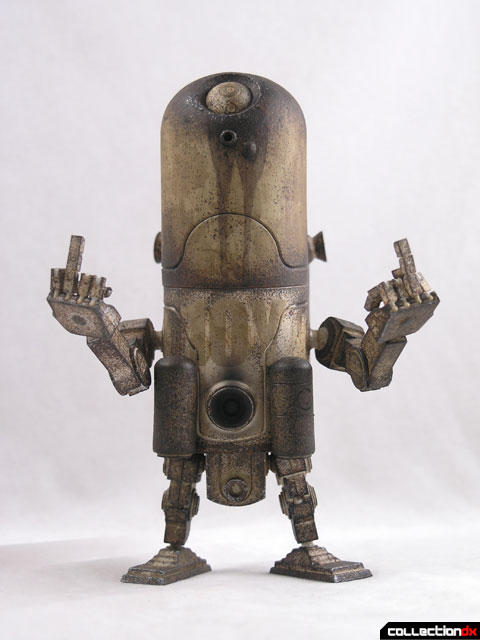 2 comments posted
very cool, but thank god it is not die cast...

Have to say love the look of the thing but thank god it is vinyl don't need another expensive line to chase...

ever since I saw Prometheum5s review of the wwrp Berties I have been addicted to 3A toys. I have given up collecting everything else and it's one of the best decisions I've made. Everything they make is superb