Anarchus is MMC’s second entry into their Decepticon Justice Division lineup. The DJD is an elite Decepticon strike force whose purpose is to enforce Megatron's will and punish traitors, deserters, or anyone else unlucky enough to wind up on “the list”. Anarchus is an excellent likeness for Kaon, the teams interrogator, communications officer, and maintainer of the the list. He stands just over 7 inches tall in robot mode and scales perfectly with Cynicus, MMC’s first release in the DJD line. 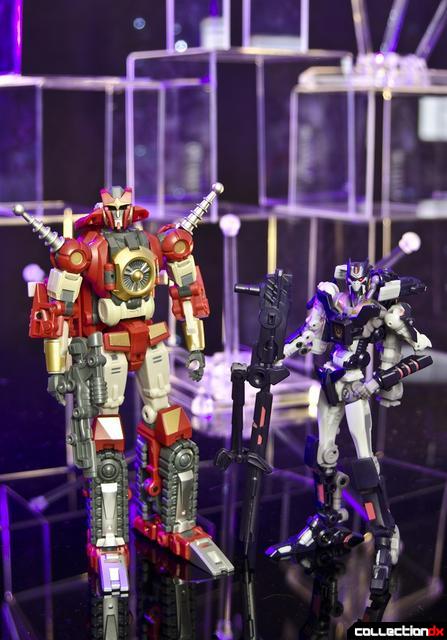 Anarchus comes in the exact same medium weight cardboard box with flap and window that Spartan and Commotus came packaged in. As always, a color instruction manual with comic and plastic stat card are included. 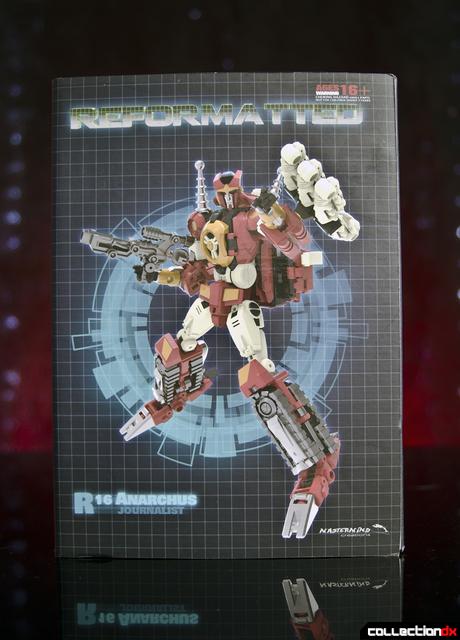 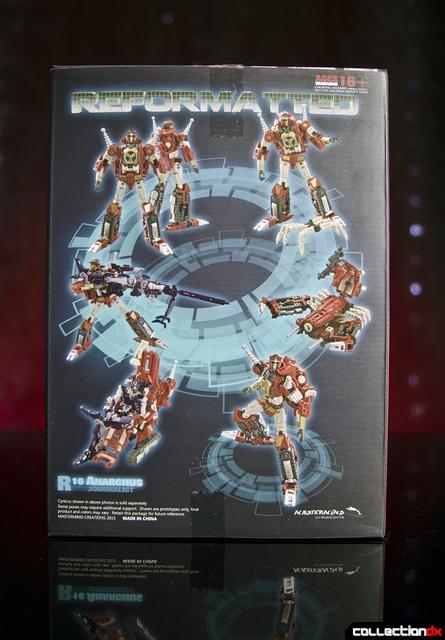 Anarchus is very solid, no loose joints, no wiggling anywhere to be found. Everything comes together very nicely in robot mode with very little kibble save for the backpack, which really isn't that large considering it houses the entire chair section of the alt mode. 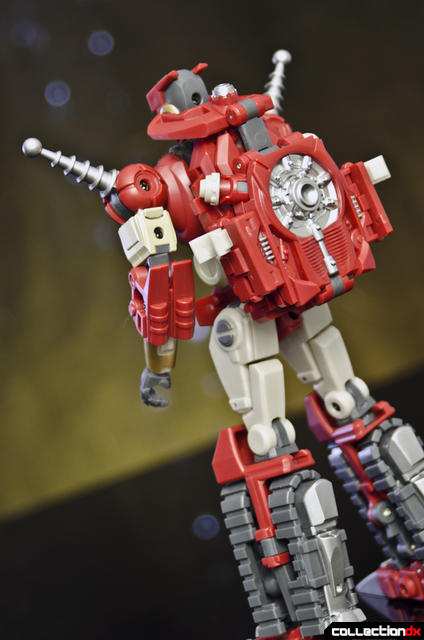 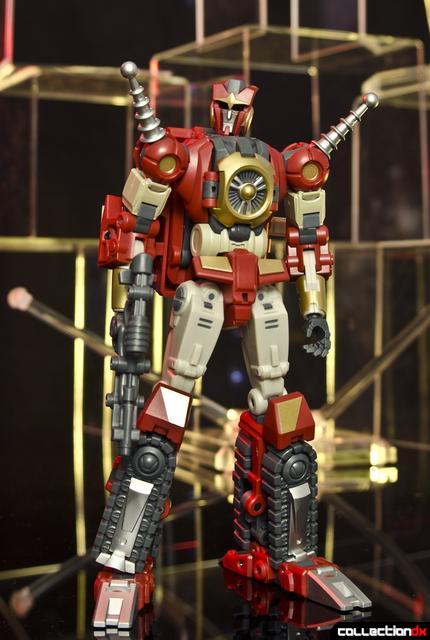 Anarchus has just slightly more than the average number of paint applications than the standard MMC release. That, coupled with the excellent use of different colored plastics gives Anarchus a nice level of detail. 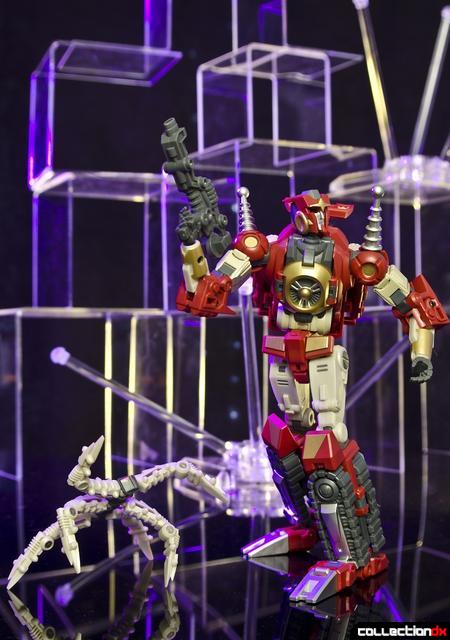 Robot mode articulation is for the most part very nice. He has excellent range of motion in his arms, hips, and ankles. Although his legs can swivel at the knee, he has no thigh swivel. The knee swivel gets the job done, but can look a little awkward. Anarchus does sport a nice ab crunch, but at the cost of only having roughly 25 degrees of left and right rotation at the waist. Anarchus has big, well articulated feet that give him a solid base, and excellent balance. 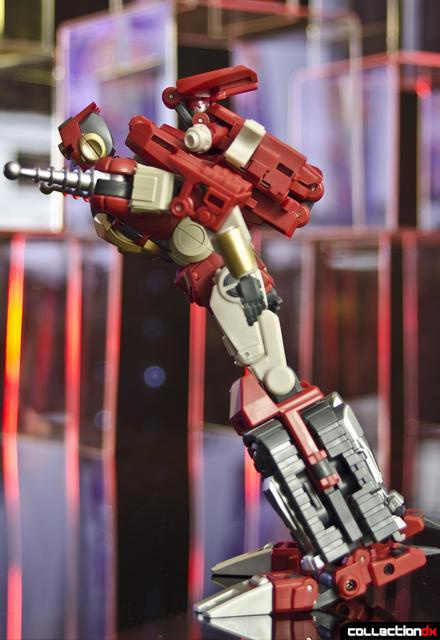 MMC managed to include several little gimmicks with this release. The first being the spider droid which is just a ton of fun. The droid doubles as a shield for anarchus, and splits in half to be used as restraints in chair mode, and legs in scorpion mode. Besides the spider droid, Anarchus’s only other accessory is his blaster (which can be pegged into the spider droid). 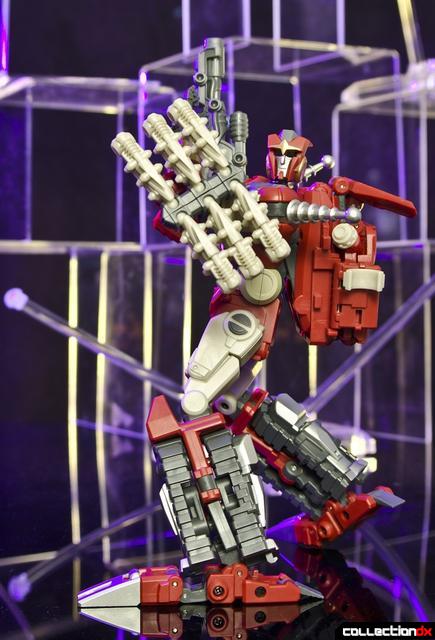 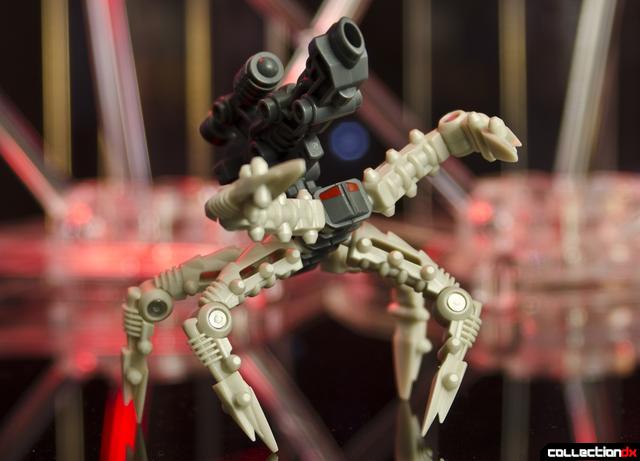 The second little gimmick is that the electric chairs skull cap can extend from the back pack in robot mode to be used as a cannon, or for extracting information from autobot scum. 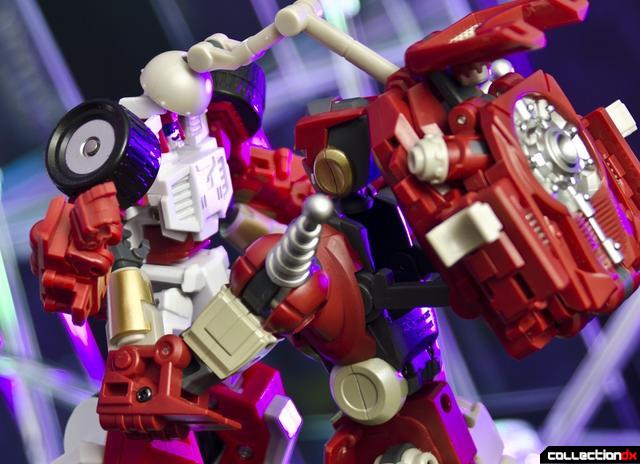 The transformation from robot to electric chair is pretty simple and can be done easily from memory after following the directions once. Everything is mostly held together by friction, but nothing feels loose or moves when it shouldn't. 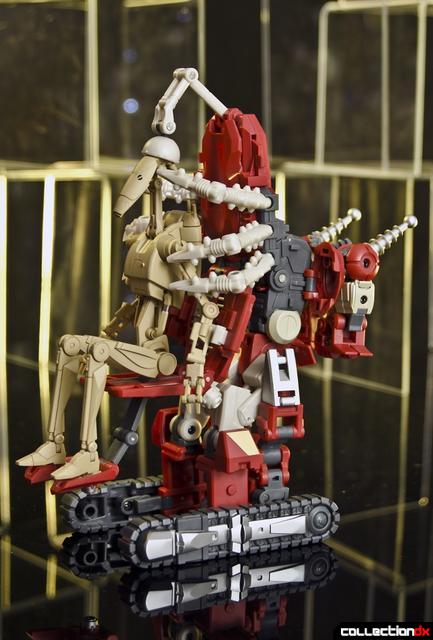 The engineering for chair mode is really top notch. The chair portion can expand and contract, and raise and lower to fit a variety of figures. The actual skull cap has several points of articulation with the head cap part being on a ball joint. The tesla coils on the back can raise and lower, and be swung from the back to the sides depending on your taste. For an alt mode that's really kind of an oddity, MMC went out of their way to make the most of it. 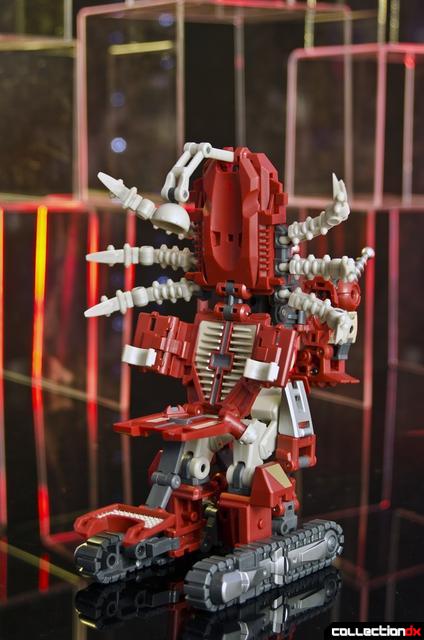 Scorpion mode was a nice addon, but honestly feels more like a fan mode than a genuine alt mode. Parts bump into each other and the legs articulation is not used very effectively as claws. 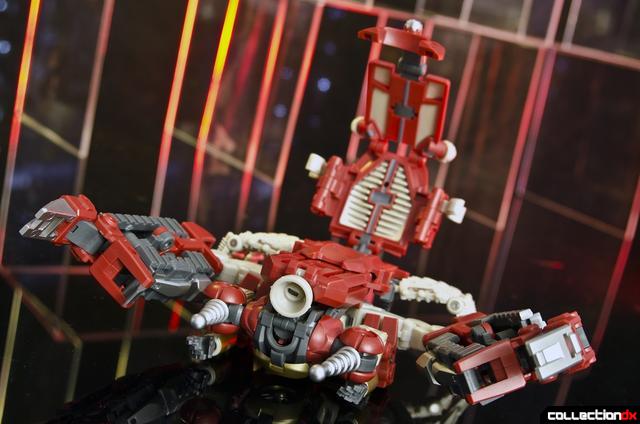 I can just imagine someone at MMC being like “Are we really going to release a robot that just turns into a chair???”. Scorpion mode is just an added bonus though, and chair mode is pretty much perfect, so I can't really complain. 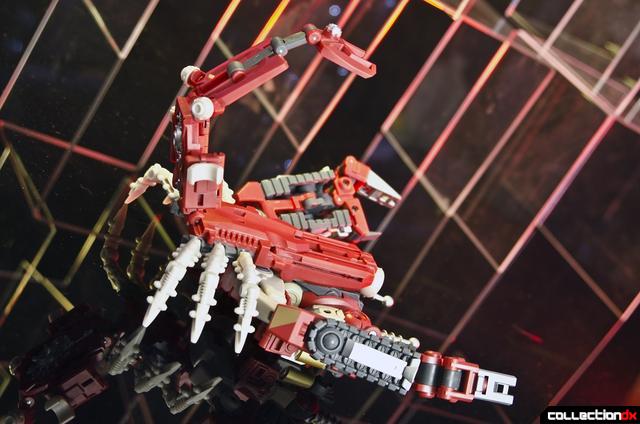 If you ordered your Anarchus from Planet Steel Express, you can expect to find a chrome mask for felisaber in your shipping box. This is not included if you buy Anarchus from other retailers. 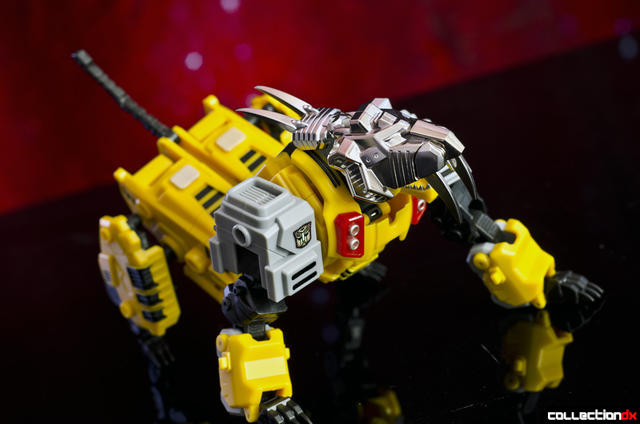 All said and done, Anarchus is another excellent release from MMC. If you're collecting the DJD line, or are just a fan of obscure alt modes, Anarchus will be a welcome addition to your lineup. 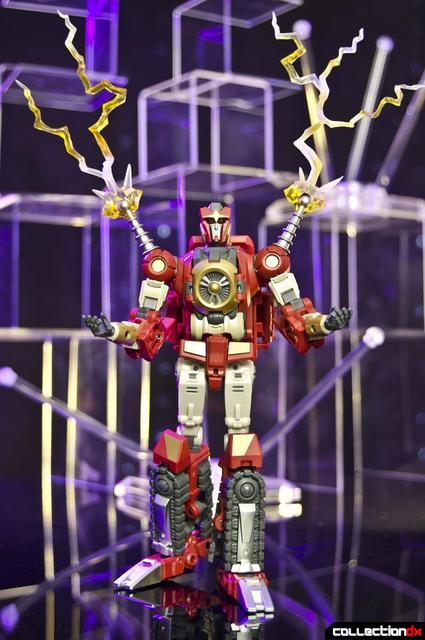 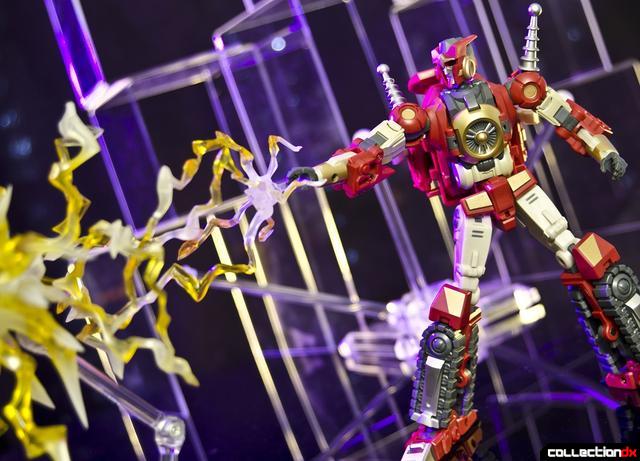 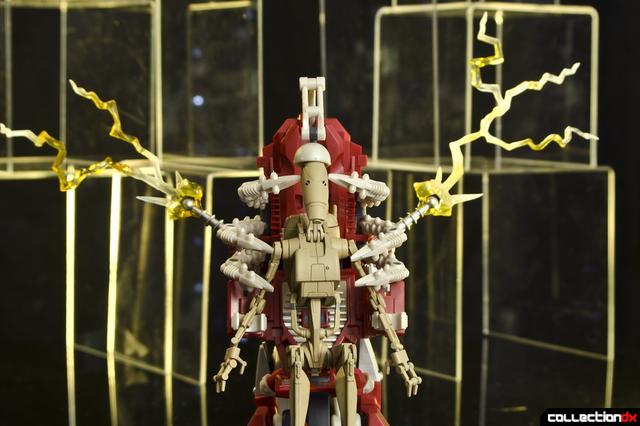 I'm loving these figures so far. They're my second favorite set from MMC, just barely surpassed by the Predacons. I'm just hopeful that when they get to their version of Tarn that they don't have any roadblocks in regards to his face.

More about his mask and not about who's face is under it?

Amazing figure, but I'm still upset the character killed one of my favorites...

Well if we get Tarn we will definitely get a Roller repaint.

I have to ask where those lightning effect parts came from. They are awesome.